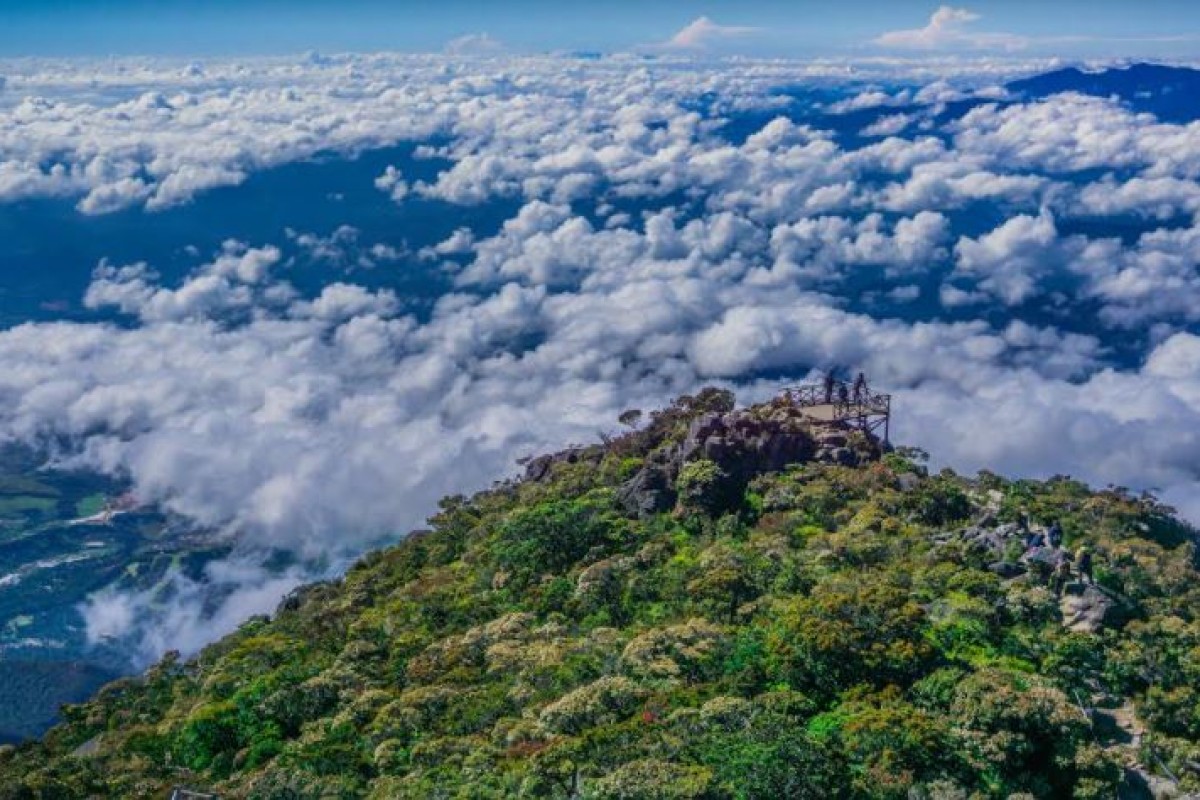 What would be the value of a nation’s economy if the contributions of nature are properly measured?

For ASEAN Centre for Biodiversity (ACB) Executive Director Theresa Mundita Lim, a holistic appreciation and accounting of the values of ecosystems and their services are integral in effectively managing wealth and resources for the sustainable growth of economies to benefit the people.

“Natural capital accounting is a necessary step towards the creation of inclusive wealth accounts. It enables us to understand and appreciate the place of nature’s services in our economies, including the services that are usually overlooked, most especially life support assets that include water supply, fish stocks, carbon sequestration, and other ecosystem services,” Lim said.

Focusing on natural capital accounting and existing standards includes indicators on the economic values of the flow of ecosystem services and goods, she added.

“Maintaining this biodiversity… increases new economic opportunities ranging from timber, pharmaceuticals, as well as ecotourism,” Lim said, noting that every decision made for development requires consideration for nature and biological resources. 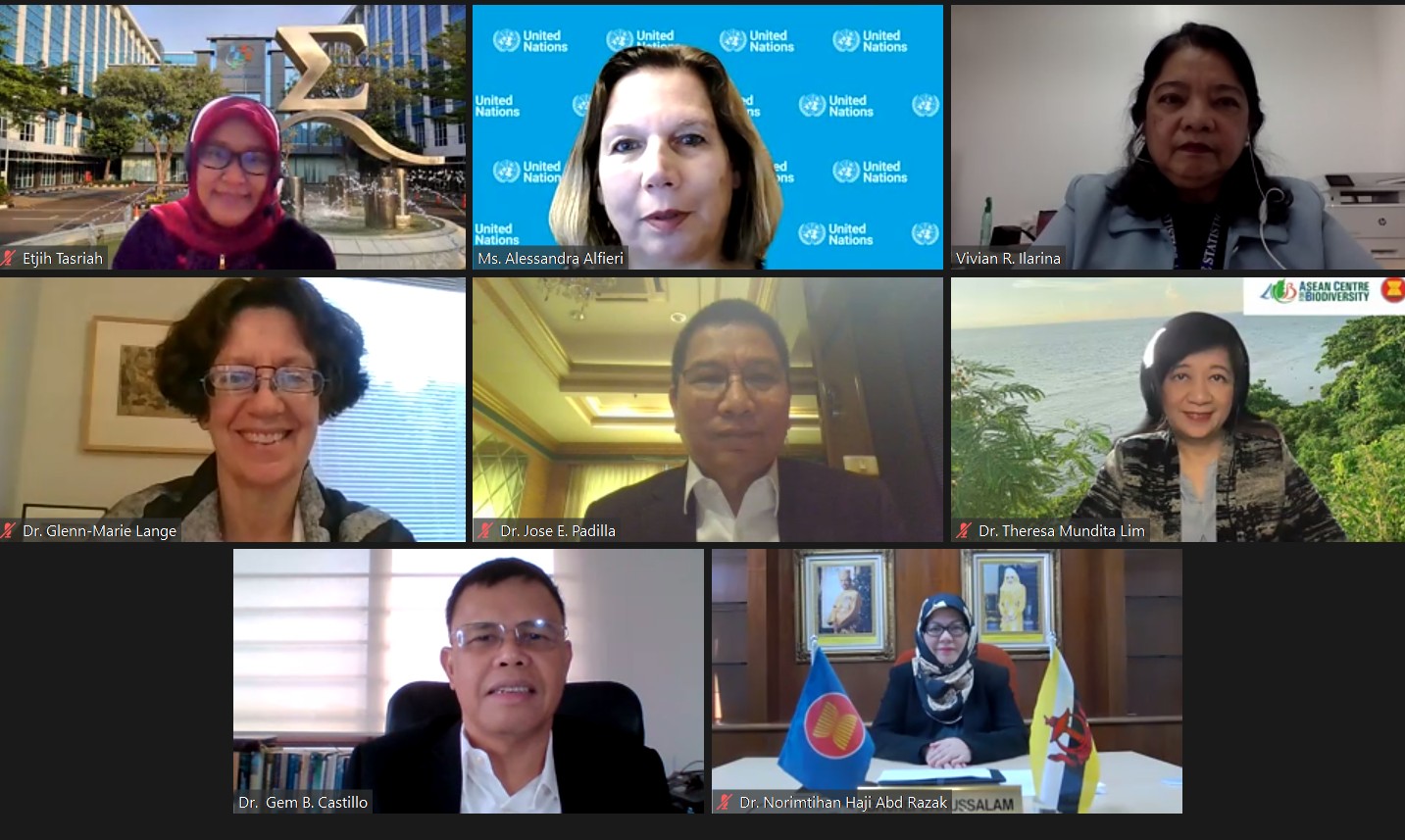 The ACB--an intergovernmental regional centre of excellence that facilitates co-operation and co-ordination among the members of ASEAN, and with relevant national governments, regional and international organizations on the Conservation and Sustainable use of biological diversity--organized the third part of its webinar series on the economics of biodiversity recently.

This webinar series is being supported by the European Union, German Development Bank (KfW), and Deutsche Gesellschaft für Internationale Zusammenarbeit (GIZ) through the Biodiversity Conservation and Management of Protected Areas in ASEAN (BCAMP) Project, Small Grants Programme (SGP), and the Institutional Strengthening of Biodiversity Sector in the ASEAN II Project, respectively.

Among its participants include Dr. Nor Imtihan Binti Haji Abdul Razak, permanent secretary for planning, land use, and environment of Brunei Darussalam’s Ministry of Development, and chair of the ASEAN Senior Officials on the Environment, and Dr. David Tantow, counsellor for development cooperation of the Embassy of the Federal Republic of Germany in Jakarta.

Dr. Nor, for her part, shared that the government of Brunei Darussalam is paying close attention to widening the coverage of its mangroves and peat swamp forests as it develops its national biodiversity strategies and plans.

The UN System of Environment-Economic Accounts-Ecosystem Accounting (SEEA-EA) constitutes an integrated and comprehensive statistical framework for organizing data about habitats and landscapes, measuring the ecosystem services, tracking changes in ecosystem assets, and linking this information to economic and other human activities. This was adopted by the UN Statistical Commission in March 2021.

Dr. Gem B. Castillo, president of the Resource and Environmental Economics Foundation of the Philippines and national consultant of the Wealth Accounting and Valuation of Ecosystem Services (WAVES) noted that there was a significant achievement in bringing together data and identifying data gaps and deficiencies in the information system of the Philippines.

Like in the Philippines, SEEA efforts in Indonesia started in 1990 and continued up to the present.

It started with a compilation of an integrated system of environmental-economic accounting, SISNERLING (Sistem Terintegrasi Neraca Ekonomi dan Lingkungan), followed by sectoral applications, the latest of which is on sustainable tourism.

Etjih Tasriah, a senior statistician of Badan Pusat Statistik (BPS-Statistics) of Indonesia, said SISNERLING sought to describe the impacts of economic development on the availability of natural resources and the roles of natural resources in economic activities. The government has been conducting in-depth studies on SEEA in 17 provinces of Indonesia every year since 2016.

Experts from the Philippines and Indonesia, on the other hand, cited the need for strong commitment from officials and concerted efforts from several sectors to manage and monitor the natural accounting processes and make sure these are integrated in decision-making.

With the post-2020 global biodiversity framework expected to be finalized at the 15th Conference of Parties to the CBD this year, the adoption and implementation of natural capital accounting systems are even more crucial.

The recorded live stream of the webinar can be accessed on the ACB’s Facebook page. It was moderated by Dr. Glenn-Marie Lange, former manager of the World Bank’s Global Partnership for WAVES. (PIA-NCR)