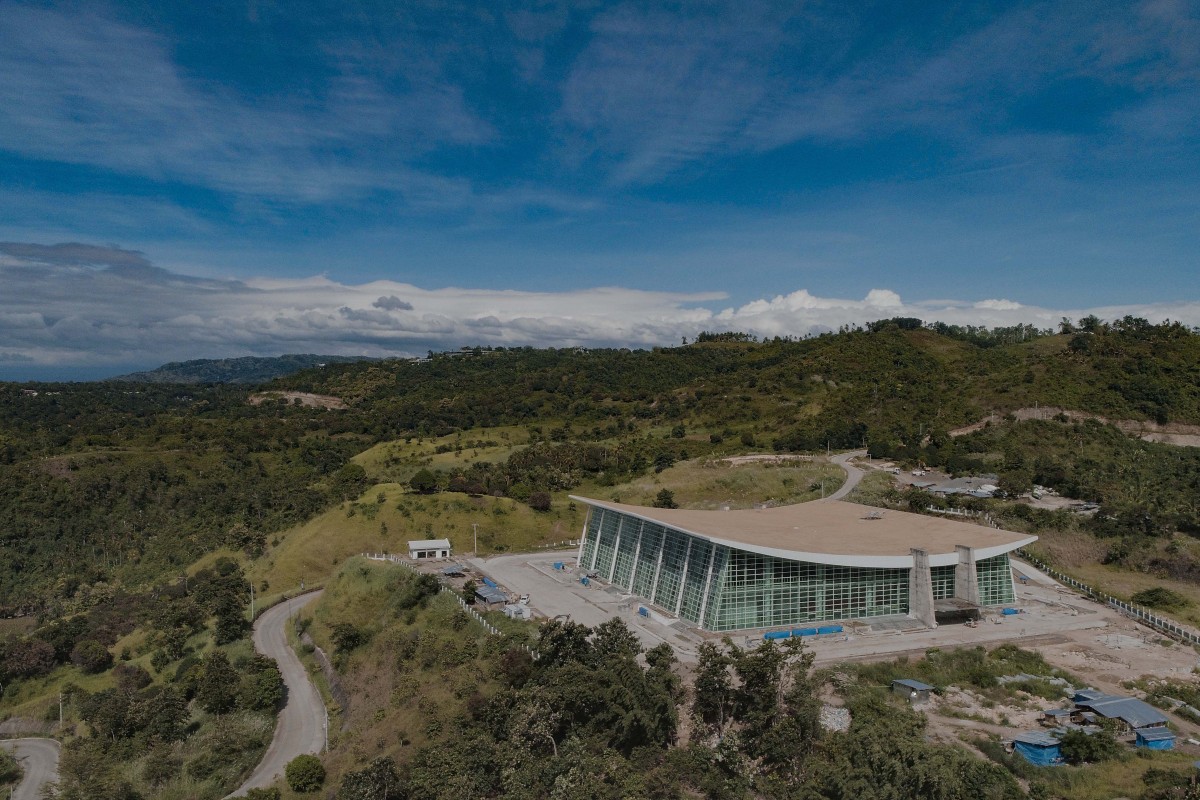 CAGAYAN DE ORO CITY (PIA)--Even the farthest communities in northern Mindanao, are now reaping the benefits of infrastructure projects implemented by the Department of Public Works and Highways (DPWH) under the Build, Build, Build Program.

Over 2,917.09 kilometers of roads were opened, constructed, maintained, widened and rehabilitated; a total of 950 bridges, flood control structures, and building projects were completed; and 9,459 classrooms were built from the year 2016 to 2020.

The implementation never ceases to create a bigger impact to various communities through better quality of infrastructure.

Northern Mindanao’s regional center, Cagayan de Oro City, houses the CDO Coastal Road and CDO Civic/Convention Center – two of the most controversial projects that have been intermittently constructed and have been the subject of critics over a long period of time.

Under the Build, Build, Build Program, these projects have finally reached its settlement and thereupon resumed.

The CDO Coastal Road is implemented in two phases. Phase I of the project stretches 17.95 KM from Barangay Gusa in CDOC to Barangay Igpit in the Municipality of Opol, Misamis Oriental.

The project, which started in 2010, encountered long overdue Road-Right-of-Way issues that finally came to settlement in 2017, thus, its partial opening to traffic in the said year.

Despite its ongoing status, it has tremendously aided the traffic congestion along the city’s main streets for about 40%, diverting passenger buses, cargo trucks and other heavy-loaded equipment to the coastal road.

Moreover, the coastal road project continues for its Phase II implementation this year 2021.

“This project will be extended by 9.30 KM from Barangay Puerto to Barangay Gusa which will further reduce travel time to and fro Puerto and Igpit from the usual 1 hour and 30 minutes via main road, Butuan City-CDOC-Iligan City Road (BCIR), to only 25 minutes via coastal road,” Secretary Mark A. Villar said.

Another job-generating project that will soon ignite further development, boost tourism and increase the economic value of land and properties in the city is the CDO Civic/Convention Center.

The project is located in the highlands of Barangay Indahag deemed perfect for overseeing the city of Cagayan de Oro.

The project received partial fund releases from the year 2000 until it was put on hold in the year 2012 due to questions in land ownership.
After its resolution in 2016, the project was funded under CY 2017 and 2018 General Appropriations Act (GAA) for the provision of powerhouse, monument and landscape, parking and perimeter road, fence, as well as partial works for its architectural, electrical, mechanical, electronics and communication components of the building.

“The CDO Civic/Convention Center main building is now completed while 41% of the whole complex has been accomplished based on the total project cost,” DPWH-10 Director Zenaida T. Tan said.

The entire 10,500-square meter main arena can accommodate up to 7,700 spectators during various events such as competitions, concerts, seminars, and conventions while the function rooms can hold up to 700 guests.

Normin as link to other regions

The strategic location of Region 10 serves as the common link between the other regions in Mindanao. In fact, an inter-regional road network is in the works that will link regions 11, 10 and 12.

The construction of Puntian-Arakan Road starts at the junction of Davao-Calinan-Bukidnon Road in Barangay Puntian, Municipality of Quezon, Bukidnon and traverses southward passing through various barangays of the Municipality of Kitaotao and onwards to the provincial boundary which will then end in the Municipality of Arakan, North Cotabato.

The Arakan-Antipas National Secondary Road, portion of Paco–Pres. Roxas–Antipas–Arakan Road, which is being proposed for implementation with the financial assistance from Japan Bank International Cooperation (JBIC), connects the project road to Digos-Cotabato primary national road.

“We envision this project to uplift vast agricultural lands and empower the community by providing access to basic social necessities and to improve their means in the delivery of their farm produce. This will also provide access to potential tourism spots and facilitate an end to armed insurgency in the area,” Villar said.

Another ongoing project in the region is the two-lane Malaybalay-Gingoog Road that will traverse three Legislative Districts–Misamis Oriental 1st and 2nd LD and Bukidnon 2nd LD.

This 139.65 KM road project will serve as an alternate route without passing the already congested Sayre Highway and BCIR.

This will develop vast agricultural land and will provide a road link between farmers and to its potential market, which are the trade centers of Malaybalay and Gingoog.

As per result in the conducted Feasibility Study, the project will generate an Economic Internal Rate of Revenue of 18.92%, which is beyond the prescribed economic feasibility threshold of the National Economic and Development Authority (NEDA).

Meanwhile, Iligan City will soon enjoy its own coastal road with four lanes stretching 5.37 KM. The road project will start at Barangay Sta. Filomena and will connect to the existing road going to Barangay Tambacan in Iligan City.

From the usual 1 hour and 30 minutes, travel time will be significantly trimmed down to only 25 minutes through the coastal road. The project is pegged at 2.8 Billion and is now at 22.77% accomplishment based on the total project cost.

“The challenges we encounter in the implementation of projects are never easy, but the impact that the community enjoys after every project completion always outweighs the hindrances. We will continue until we achieve the Golden Age of Infrastructure where travel time is reduced, roads are improved and lives and properties are protected from natural disasters,” Tan said. (DPWH-10/PIA-10) 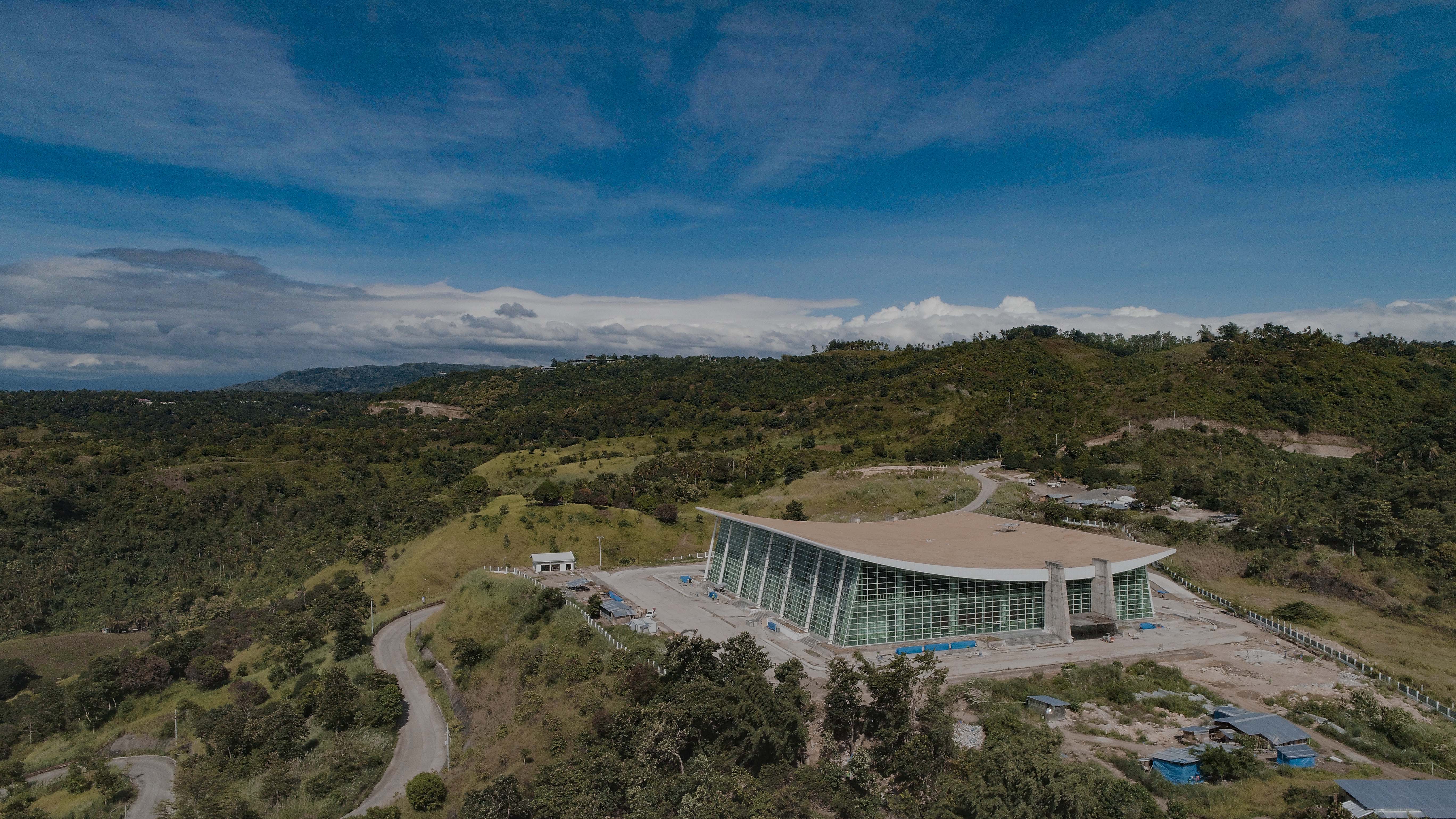 CDO Civic/Convention Center. The project is located in the highlands of Barangay Indahag deemed perfect for overseeing the city of Cagayan de Oro. (DPWH-10)