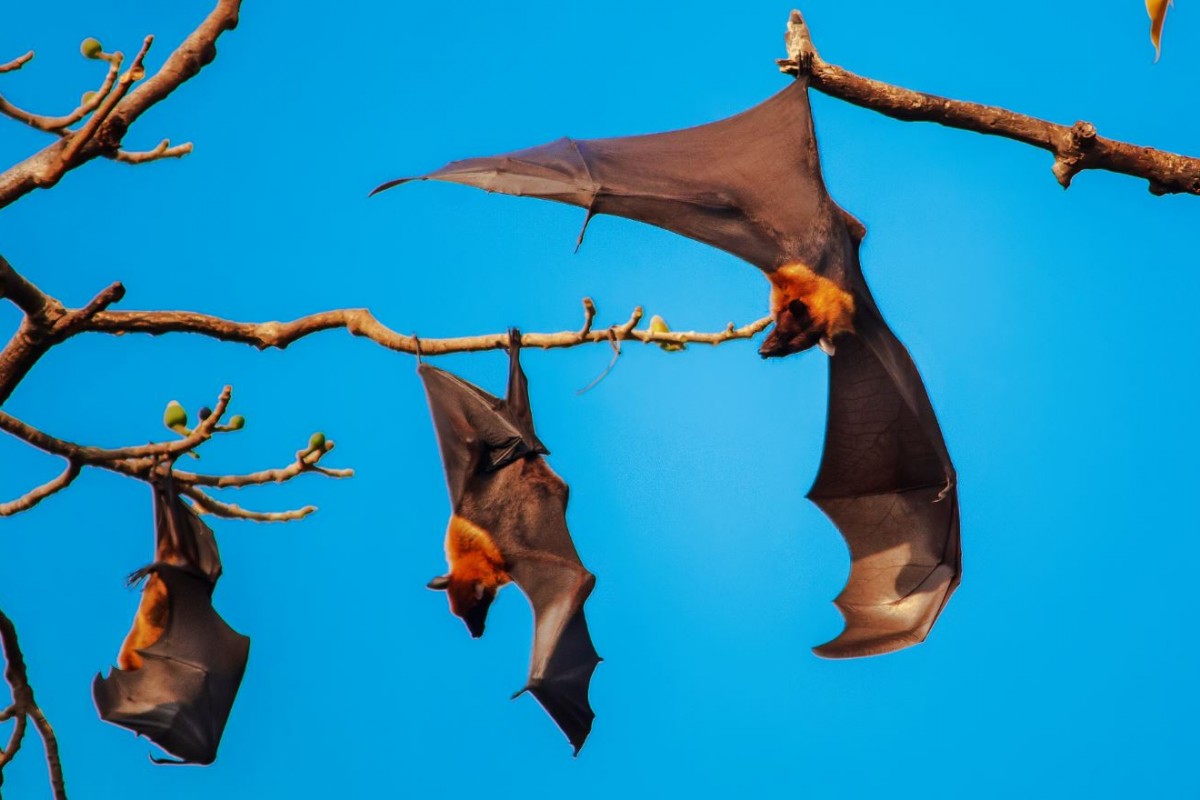 The role of biodiversity 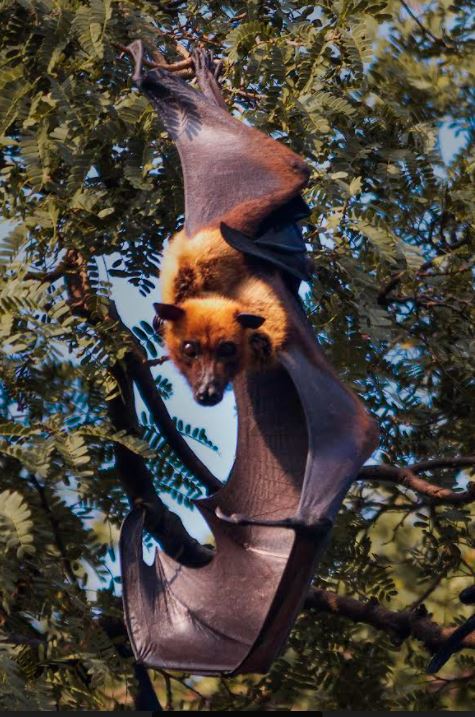 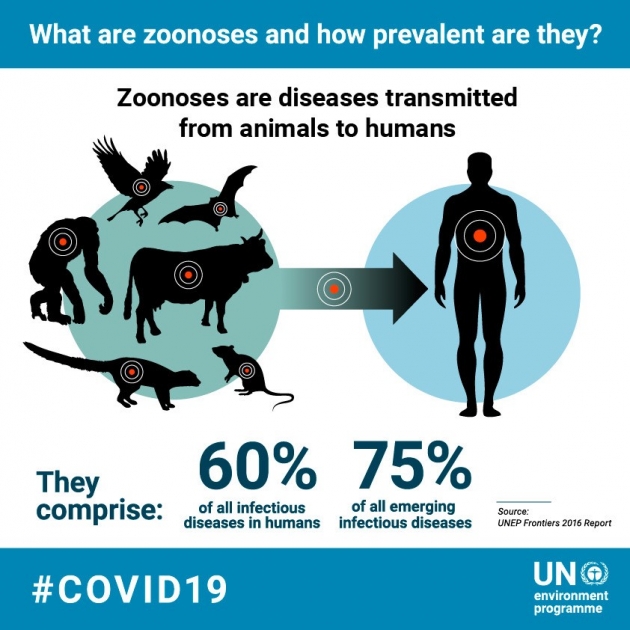 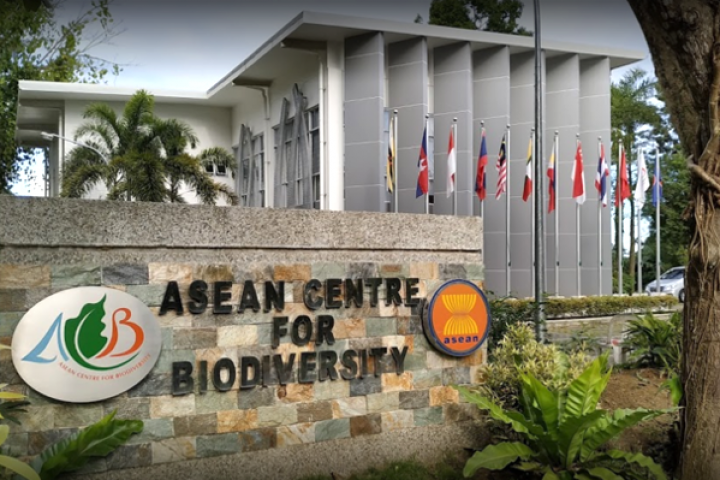 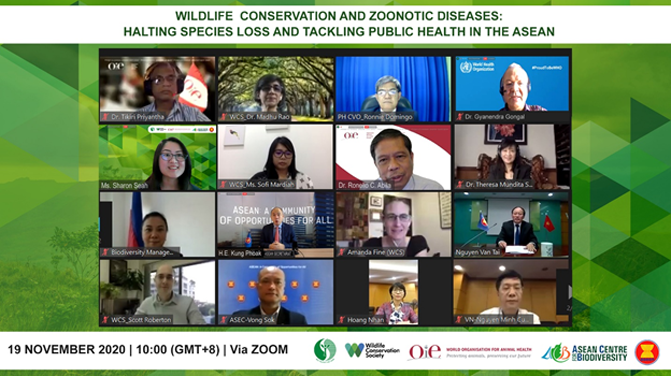 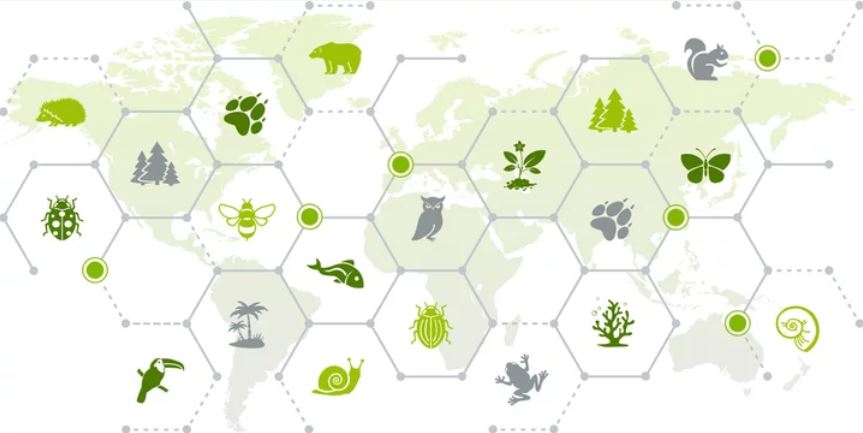 As the international community observed World Zoonoses Day on July 6 to commemorate the scientific advancement of administering the first-ever vaccination against a zoonotic disease, the ASEAN Centre for Biodiversity (ACB) took the opportunity to bring more attention to zoonoses—infectious diseases that jumped from animals to humans—and how they intertwine with biodiversity and human lives.

While the COVID-19 vaccination programs in several countries are getting ahead with some already reaching successes in reducing new infections, the ACB said nations still have more work to do in terms of addressing the root causes of these diseases.

"Since 11 March 2020, the day COVID-19 was declared a pandemic, the world as we know it has never been the same. The virus that reportedly originated from wildlife continues to have profound impacts on everyone in the world, including the ASEAN region," explained Dr. Theresa Mundita S. Lim, Executive Director, ASEAN Centre for Biodiversity.

"More than 4.9 million cases with more than 95,000 fatalities have been reported in the region as of 2 July, according to the situation report of the ASEAN Bio-Diaspora Regional Virtual Center," she further explained.

"With the COVID-19 pandemic, we now face one of the worst zoonotic diseases known to us. While it is not the first, it may probably not be the last," Lim added.

"Over the century we have experienced the grave impacts of various outbreaks. It is evident that zoonoses are common and pose great risks to public health, economies, and people’s livelihoods," she cited.

According to the World Health Organization (WHO), three out of four or 75 per cent of new human diseases in the last decade are zoonotic in origin. Scientists have been cautioning the public that there are 1.7 million currently "undiscovered" viruses that exist in mammals and birds, and up to 827, 000 of these could still infect people.

The richness of the ASEAN biodiversity, particularly the variety of species known to be natural hosts to a multitude of viruses, makes the region vulnerable to zoonotic diseases.

In fact, many of the species found in the ASEAN region have been implicated to be the primary sources of zoonotic outbreaks in the past, such as the Nipah Virus in 1998, Severe Acute Respiratory Syndrome (SARS) in 2003, the Avian Influenza AH5N1, and New Influenza AH1N1 pandemic in the 2000s, and the Ebola Reston virus in the 1990s.

But this species richness may also hold the secrets to our immunity.

Vaccines and pharmaceuticals can be derived from the by-products of a variety of plants and animals, most of which are still yet to be discovered.

Maintaining the diversity of ecosystems that serve as shelter and safe places to unique wild fauna and flora reduces the chance of close contact across species and spillover of potentially disease-causing organisms.

"Being a mega biodiverse region, the ASEAN can very much consider nature as among the solutions that will buffer communities against new and emerging diseases," Lim said.

"Having healthy ecosystems and mechanisms to protect and sustainably utilise biological assets to address current and future human health crises is in ASEAN’s best interest," she added.

The ACB executive explained, the One Health approach is a transdisciplinary and multisectoral initiative that recognizes the interconnection between the people, animals, plants, and their shared environment, is not a new concept but it has never been more relevant than today.

With the losses in tourism alone due to the COVID-19 pandemic projected to reach more than $4 trillion, preventing zoonoses through the One health approach becomes a measly fraction compared to the scale of the damage wrought by a global pandemic.

The ACB is assisting the region in pushing for a holistic and long-term approach to respond to the current pandemic and prevent emerging ones.

In view of the pandemic, Lim cited the stronger national and community actions to tackle zoonoses and illegal wildlife trade.

"Since last year, several ASEAN Member States have issued new directives on banning imports of wildlife and wildlife products, as well as strengthening monitoring measures and enforcement of existing laws," she said.

In Malaysia, the Department of Wildlife and National Parks stepped up collaboration with the police and customs at the airports and seaports and with the assistance of trained K9 dogs to detect poached wildlife.

The academic and scientific communities are also contributing to efforts to better understand viruses and prevent zoonosis.

In February, researchers in Thailand published a study on the presence of SARS-CoV-2 related viruses among Southeast Asian bats and pangolins.

The University of the Philippines, on the other hand, recently created a zoonotic diseases research and knowledge resource centre for the advancement of One Health through disease prevention and management in the country.

At present, she said the ACB is supporting its development, which is hoped to define the relevant role of biodiversity in zoonotic diseases prevention and control and contribute to the monitoring at the ecosystem, species, and genetics levels.

"With sufficient data on the state of biodiversity in emerging disease hotspots, along with threats and risks and tracking of the transmission pathways, we aim to reduce wildlife-human interaction and disease spill-overs," she added.

The ACB is also complementing species research work with support to community-based conservation action on the ground.

"Biodiversity is an integral part of the solution but the choice to protect and harness it sustainably to build the resilience of communities against diseases, in the long run, rests on us," Lim pointed out.

"We, after all, have never been separate from nature. We hope that with a renewed understanding of the importance of protecting biodiversity in reducing risks of zoonoses, we can better prepare ourselves to prevent or hurdle the crises of tomorrow," she added. (PIA-NCR)