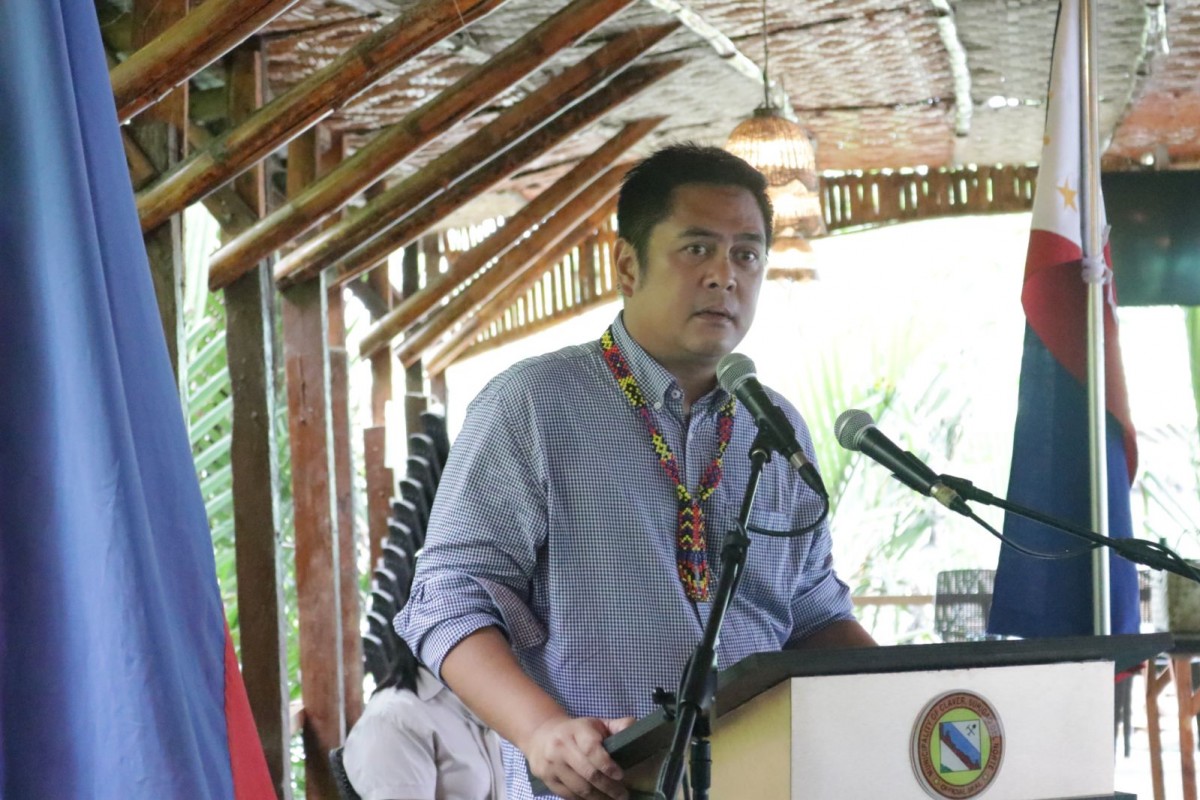 With an eye toward an inclusive development and commonly agreed objective to accelerate and harmonize aid and humanitarian assistance to the most affected and vulnerable communities, communications chief Secretary Martin Andanar has been stopping by in various municipalities in Surigao del Norte province to communicate and deliver the services under the Aid and Humanitarian Operations Nationwide (AHON) Convergence Program along with other concerned implementing government agencies.

Given the opportunity to engage unreservedly with the locals, Sec. Andanar has seen and heard as they narrated in their own voices the struggles they are facing especially in the height of the coronavirus disease 2019 (COVID-19) pandemic and economic crisis which is unprecedented in its scale. 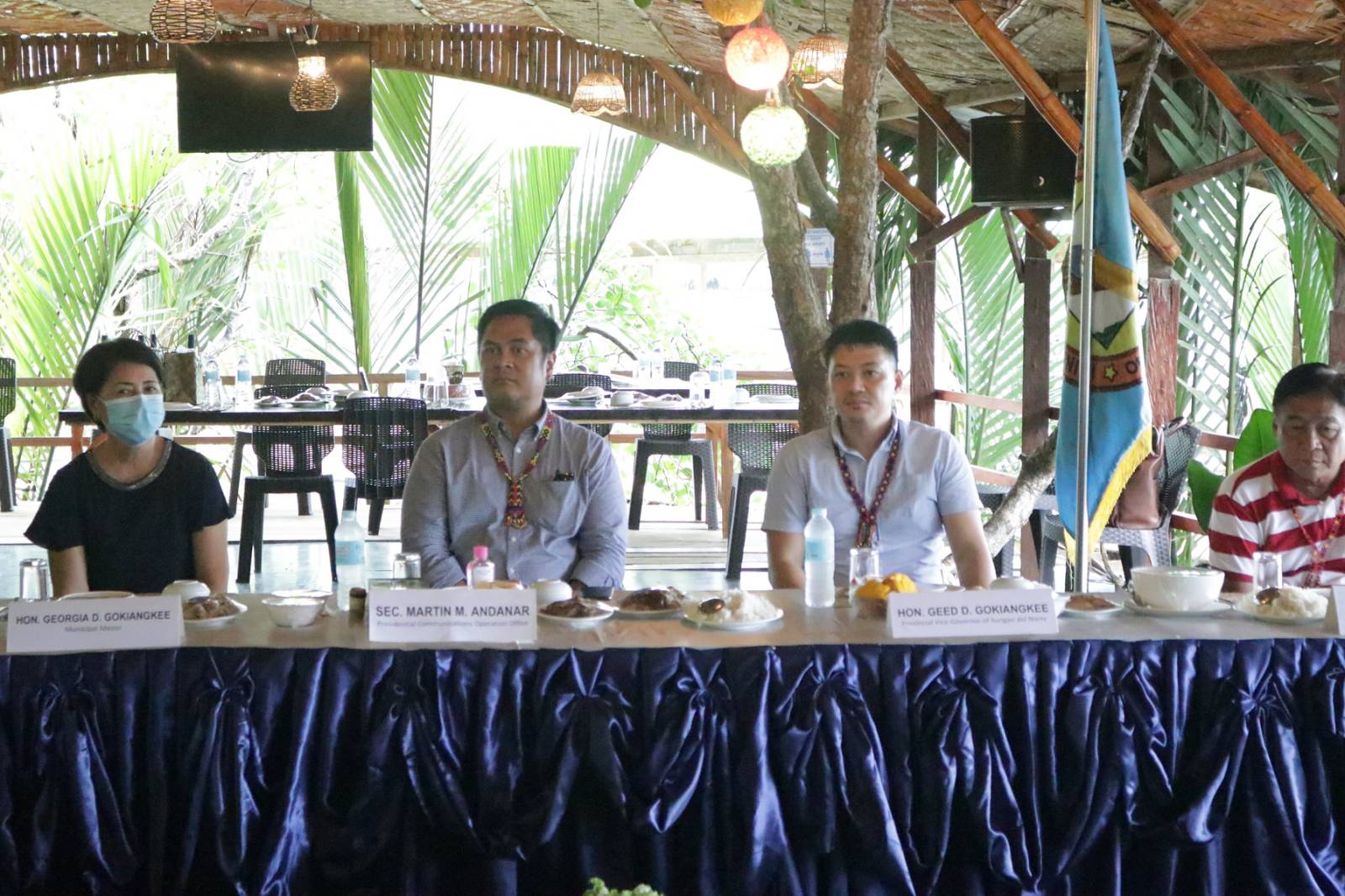 “I have been reminded of many of their challenges. I found myself dealing with their sentiments and even their hopes for a great escape from confronting human struggles,” Sec. Andanar articulated.

That is why the government, he said, is focusing in the mobilization of the necessary resources to undertake critical, urgent, and appropriate responses and measures in a timely manner in order to address the enormous negative impacts brought about by the devastating pandemic and other emergencies.

Sec. Andanar furthered that the government could not afford to be complacent about the people’s health and is firm in making an all-out effort as the nation continues to battle against COVID-19 that triggered economic and social disruption and gravely wounded the economy, country, and its people.

He then underscored the importance of strong working relationships among the local government units in the province and act as cohesive forces bridging resilience and mitigating the risks posed by the virus.

“Intergovernmental relations in the local level shall be upheld since interactions among local government units are as important as establishing strong linkages in advancing provincial development,” quipped Sec. Andanar.

In his most recent visit in the municipality of Claver, Surigao del Norte after the series of AHON events in the island of Siargao, Sec. Andanar spent a time with the local officials describing to them how he captured the promising places abound with captivating flora and fauna and natural resources, encompassing pretty much all the pride of the province.

Known for its extensive mineral deposits, large part of the municipal land area of Claver is a mining reservation which includes the nickel ore loading port at barangay Taganito.

Sec. Andanar, however, cited that mining depletes the finite resources and in a strict sense, therefore, everyone must be more responsible and avoid in continually exhausting the available supply of these resources. 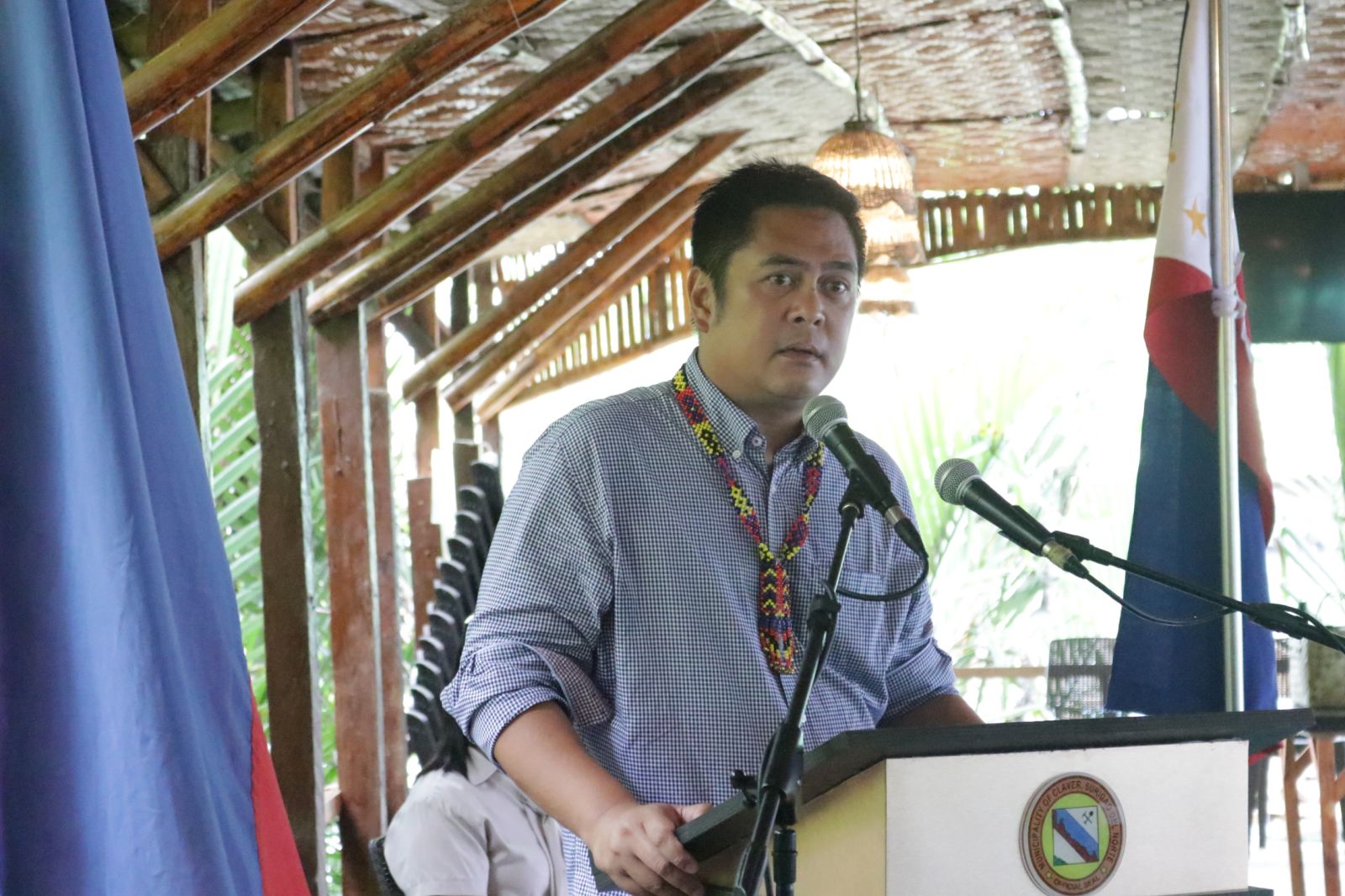 “Technically sound exploration and responsible mining must be seriously practiced. Since mineral resources are finite within a human lifetime, it is crucial to take constructive steps to diminish the threats we face. And it is in this context that we give more value to our neighboring towns and island municipalities because they will be among the primary lines of support when everything in your place will be put to the challenge,” Sec. Andanar pointed out.

As a Siargaonon and Surigaonon himself who hails from the country’s most beautiful island of Siargao, Sec. Andanar has the keen longing for a unified, all-inclusive, whole-of-society approach in keeping the province intact.

“I acknowledge the abundant diversity of cultures in Surigao del Norte province, in Caraga region and everyone deserves to be treated with respect and kindness. Being a Suriga

onon myself, I am more inclined of creating consciousness of unification by introducing strategies that would promote social integration rather than segregation, solidarity instead of disharmony,” stressed Sec. Andanar.

This, he mentioned as there are parties according to him that are interested in creating Siargao Island as a separate province.

He said that history has it, and the National Historical Institute (NHI) even recommended that the first and official flag raising occurred in Surigao. Hence, the Filipino’s struggles for freedom and justice can be related best to t

he present endeavors of fostering one solid province comprising the mainland and island towns.

ya nagpatigbabaw. Mag-ampo kita, mag-ambit kita, magtinabangay kita labi na para sa atong mga kababayan nga nagkinahanglan (We may have some lingering and underlying differences but the love for our beloved province surpassed it all. Let's continue praying, sharing, and helping especially the least of our breathren),” said Sec. Andanar. 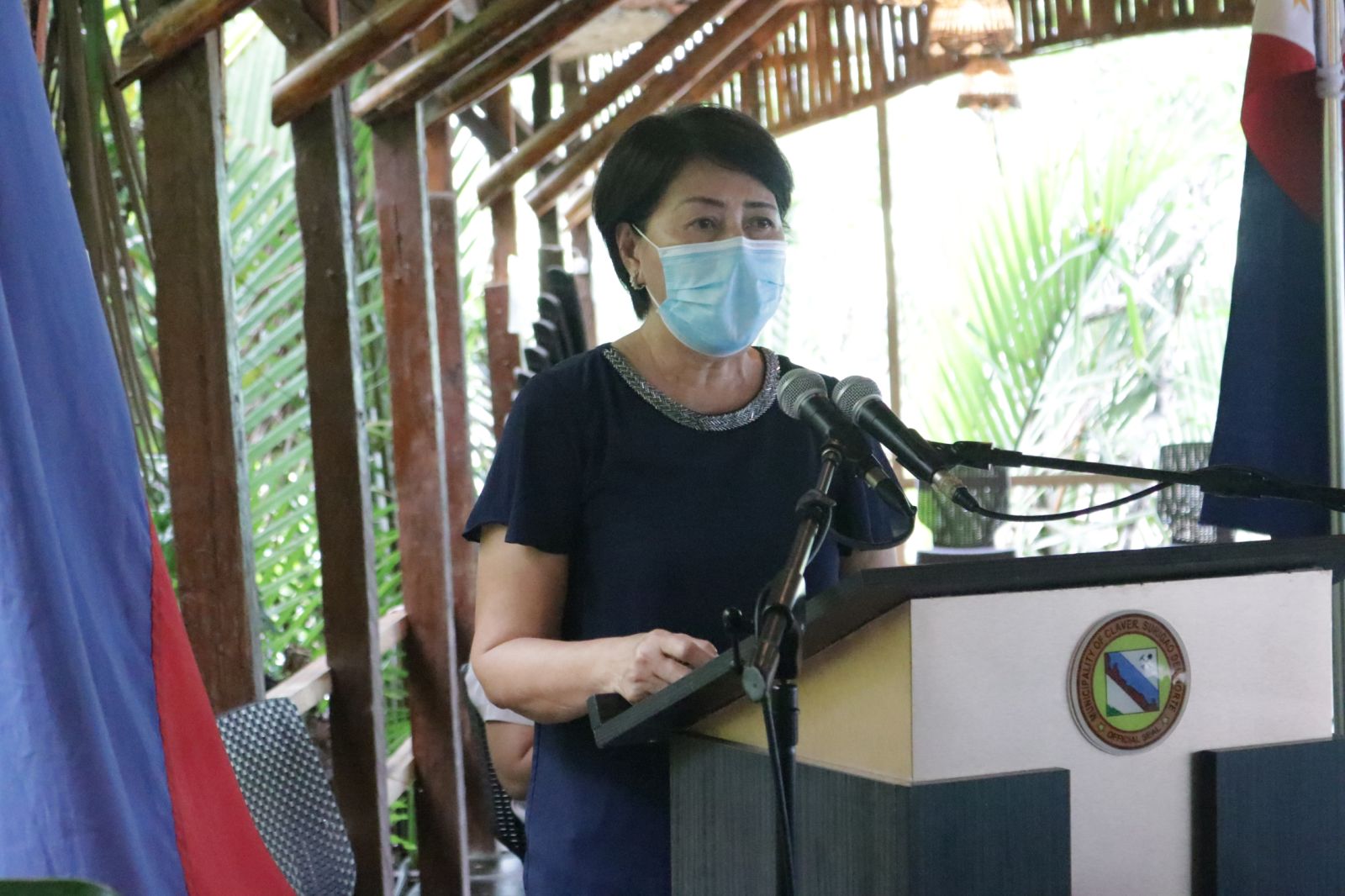 Meanwhile, Mayor Georgia Gokiangkee of the municipality of Claver thanked the national government and Sec. Andanar as the head of the government's communication arm for continuing to uphold public awareness of the government's actions on pressing concerns in the country, particularly the COVID-19 pandemic and the vaccination program.

"Letting people understand about the government's plans for its people has always been a great challenge especially with a pandemic going on. But the PCOO has consistently launched various platforms to strengthen thegovernment's information drive," Mayor Gokiangkee said.

The lady mayor underscored that despite the COVID-19 pandemic, the local government continues to work on implementing strategies that push for development. 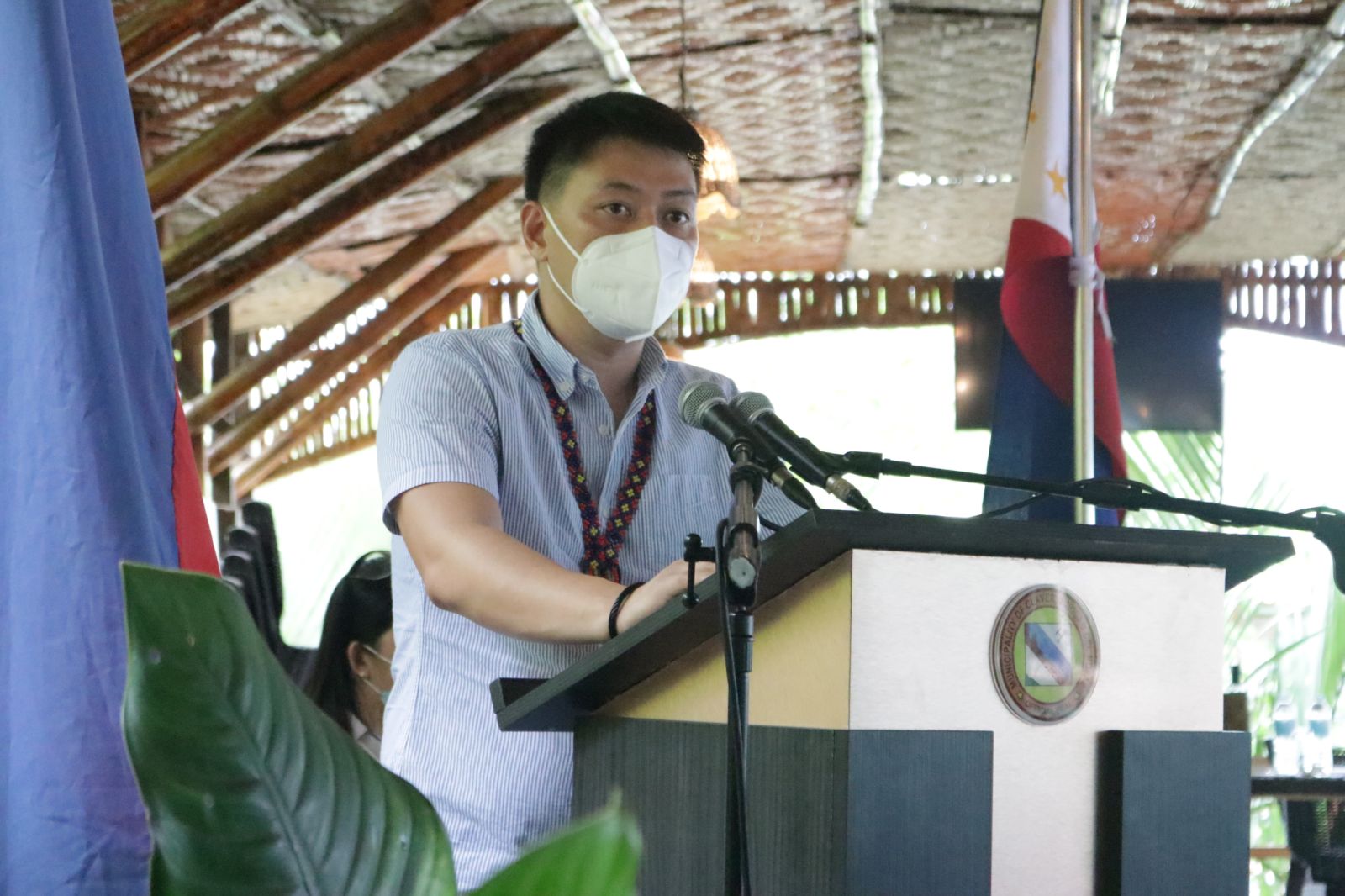 "We are proud that despite the setbacks our economy is facing, access to education for the youth of Claver was made possible through the efforts of the LGU and that is truly a lasting legacy," the vice governor said.

Sec. Andanar likewise mentioned that more clever leaders just like in Claver are needed who would remain committed and be instrumental for favorable progress. (VLG/PIA-Surigao del Norte)