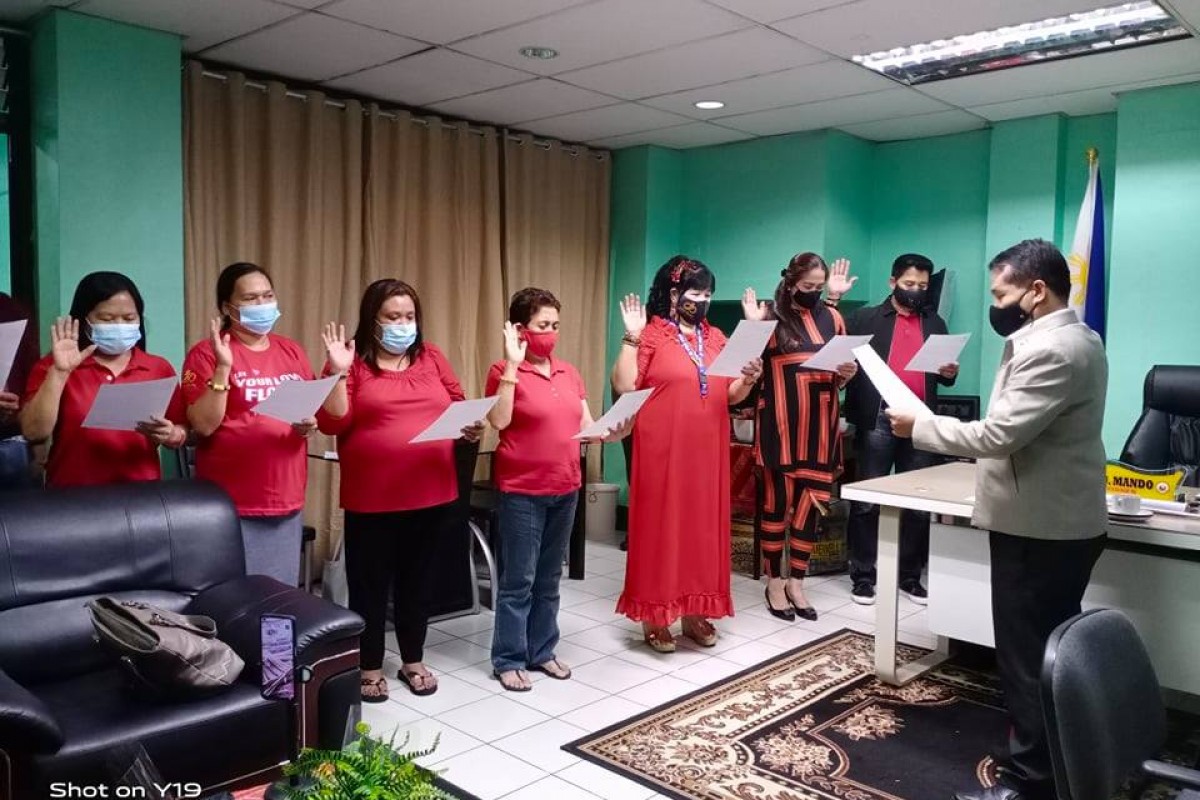 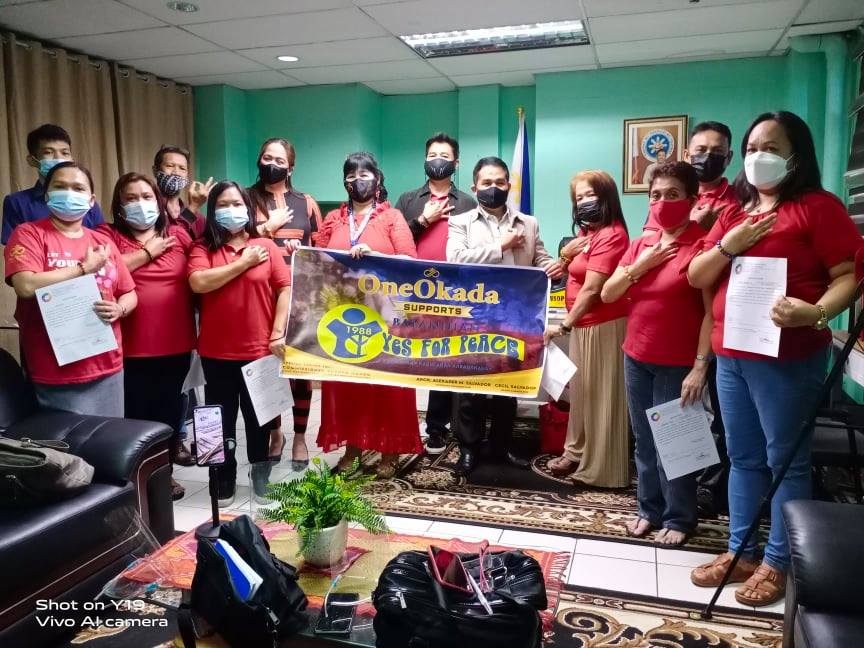 Enshrined in the 1987 Constitution, “The State shall encourage non-governmental, community-based, or sectoral organizations that promote the welfare of the nation.”

Private sector participation in the government's ongoing bid to curb armed conflicts in the country has been wanting as far back as the late 1980’s.

This became apparent when the comprehensive peace process was initiated by virtue of Administrative Order No. 30 issued by then President Corazon Cojuangco Aquino, which identified “Organized Support of Non-Government Groups” as one of the two major elements of the peace effort.

President Aquino's measure states that, “This will involve the realization of a systematic process for enlisting the cooperation and collaborative efforts of all groups in support of the pursuit of the Government’s peace initiatives."

"This shall be directed towards getting the commitment of ordinary citizens as well as groups and associations of citizens, such as the church, non-governmental organizations, and allied groups, to support the peace process. This would constitute a major means for developing and mobilizing a nationwide consensus for peace.”

It is in light of the foregoing that the Di-Yes for Peace campaign was initiated and waged from 1988 to 1992 by students of the University of the Philippines System (UP), particularly the UP Inter-Fraternity Council (UP-IFC) upon the motion of the UP Alpha Phi Omega (UP-APO); the College of Education Student Council and the UP Corps of Cadets through the Vanguard Fraternity.

The campaign conducted in the Diliman, Manila and Los Baños campuses of UP led to the offer of UP Los Banos as venue for peace negotiations and the support for the campaign, inside and outside of UP, by its Board of Regents when it declared all its campuses a Zone of Peace, Freedom and Neutrality in December of 1992.

Soon after then UP President Jose V. Abueva offered all UP campuses as venue of peace talks and the university as mediating institution, then President Fidel V. Ramos issued Executive Order No. 125, s. 1993, which defined the Principles Underlying the Comprehensive Peace Process:

(a) A comprehensive peace process should be community-based, reflecting the sentiments, values and principles important to all Filipinos. Thus, it shall be defined not by Government alone, nor by the different contending groups only, but by all Filipinos as one community.

(b) A comprehensive peace process aims to forge a new social compact for a just, equitable, humane and pluralistic society. It seeks to establish a genuinely pluralistic political society, where all individuals and groups are free to engage in peaceful competition for predominance of their political programs without fear, through the exercise of rights and liberties guaranteed by the Constitution, and where they may compete for political power through an electoral system that is free, fair and honest.

(c) A comprehensive peace process seeks a principled and peaceful resolution of the internal armed conflicts, with neither blame nor surrender, but with dignity for all concerned.

Thereafter, the campaign outside UP was waged primarily through the Department of Education, Culture and Sports (DECS) which incorporated it into its peace education program as a component of its Education for All programs pursuant as a contribution to the United Nations’ declaration of 1990-2000 as the Decade of Peace.

The Philippine Postal Corporation (PHLPost) adopted the campaign as its contribution to the comprehensive peace process and as a response to President Ramos’ call for all government agencies including government owned and controlled corporations (GOCCs) to contribute in accordance with their respective functions. Pursuant to the development of its Address Check System, PHLPost categorized Yes for Peace campaign materials and responses as Official Business and thereby covered one of the primary cost centers of the campaign – postage.

The 5-Year Master Plan of Action for Peace and Order (1997-2001) by the 4th National Summit on Peace and Order organized by the Department of the Interior and Local Government and back staffed by the National Police Commission was listed the campaign as a strategy to address insurgency, “Establish the framework for peace negotiations through the national implementation of the ‘DIYES FOR PEACE – Bayanihan para sa Kapayapaan Campaign’.”

Yes for Peace was described as the “Bagong Mukha ng People Power” during the 30th Anniversary celebration of the 1986 People Power Revolution.

Then President Benigno S. Aquino III witnesses the symbolic turned over of the responses under the custody of PHLPost to the Office of the Presidential Adviser on the Peace Process which accepted and used the results as reference.

The issuance of Executive Order No. 70 by President Rodrigo Roa Duterte, which created the National Task Force to End the Local Communist Armed Conflict (NTF-ELCAC) served as an impetus to revisit the campaign and assess its relevance.

EO No. 70 states, “Whereas, to ensure comprehensive orchestration of related peace efforts and initiatives of national government agencies, local government units and various sectors of civil society, there is a need to formulate a National Peace Framework anchored on the Whole-of-Nation approach, which shall include, among others, a mechanism for local peace engagements or negotiations and interventions that is consistent with constitutional integrity and national sovereignty, responsive to local needs, and sensitive to realities on the ground.”

The adoption and refinement of Yes for Peace was incorporated by the Sectoral Unification, Capability Building, Empowerment and Mobilization cluster of the NTF-ELCAC into the National Action Plan submitted by National Security Adviser Secretary Hermogenes C. Esperon and approved by President Duterte.

One of the refinements being undertaken to enhance Yes for Peace – Bayanihan ng Bayan (YFP-BNB) is to encourage the participation of private corporations.

First to respond to the silent call made by YFP-BNB Secretary General Yusoph J. Mando, a Commissioner of the National Commission on Muslim Filipinos, is the OneOkada International Corporation, a network marketing and health and wellness company, which decided to break the ice and threw in its support to Yes for Peace.

A core team of OneOkada network marketers visited Mando in his office at the NCMF purposely to volunteer and take oath as coordinators of YFP-BNB.

Cecil Salvador, President and CEO of OneOkada thanked Mando, “For inviting me to be a part of this very meaningful journey, for the warm welcome to me & to my OneOkada family and for appointing me as area coordinator.”

Ernesto Angeles Alcanzare, President and CEO of Yes for Peace, Incorporated is elated, “We are very happy to know that a private firm with HONOR--Honesty, and integrity in everything we do; Outstanding product innovation that matters to the people and to the world; Noble-minded Brand Ambassadors of change towards a highly reputable network marketing industry; Optimum regard for commitment to our consumers and members satisfaction; and Righteous and reliable partners for success--as its core value has joined the growing ranks of KaBayanihans.”

“We look forward to their expertise in network marketing grounded upon their core values in systematically encouraging the Filipino people to participate in the online open referendum component of Yes for Peace,” Alcanzare said. (PIA-NCR)