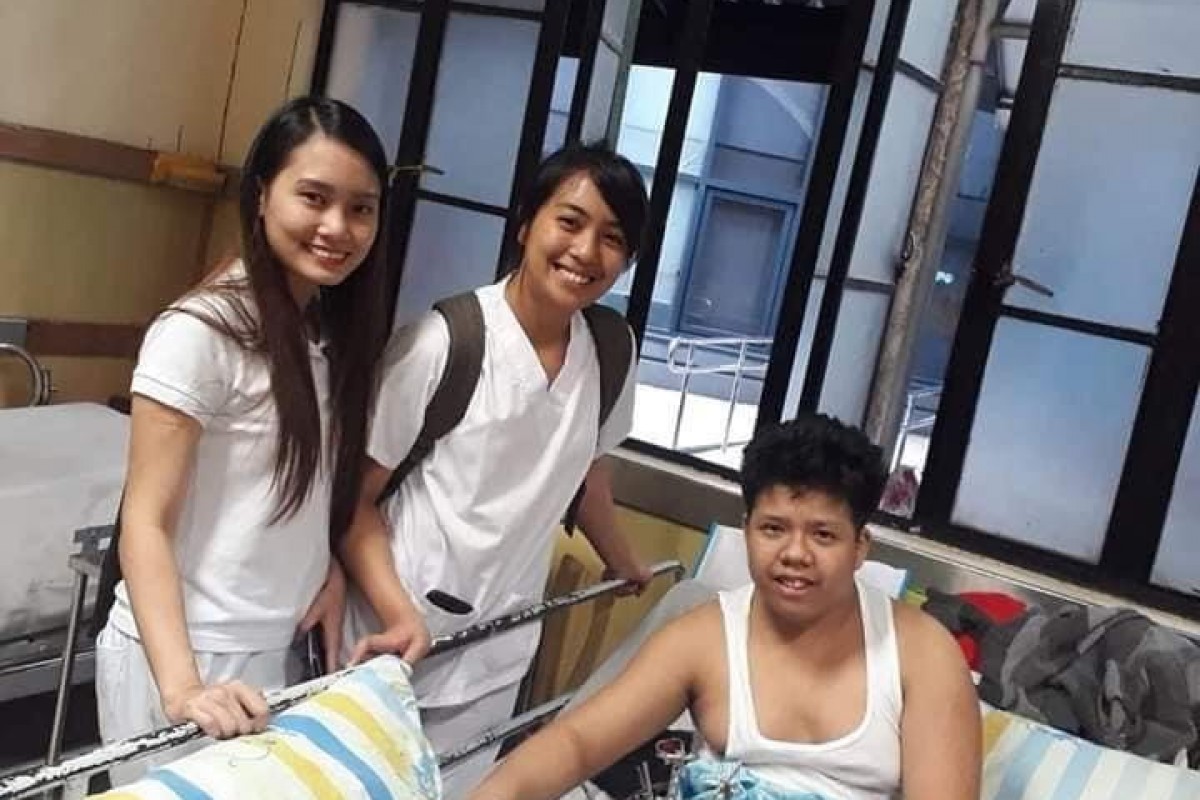 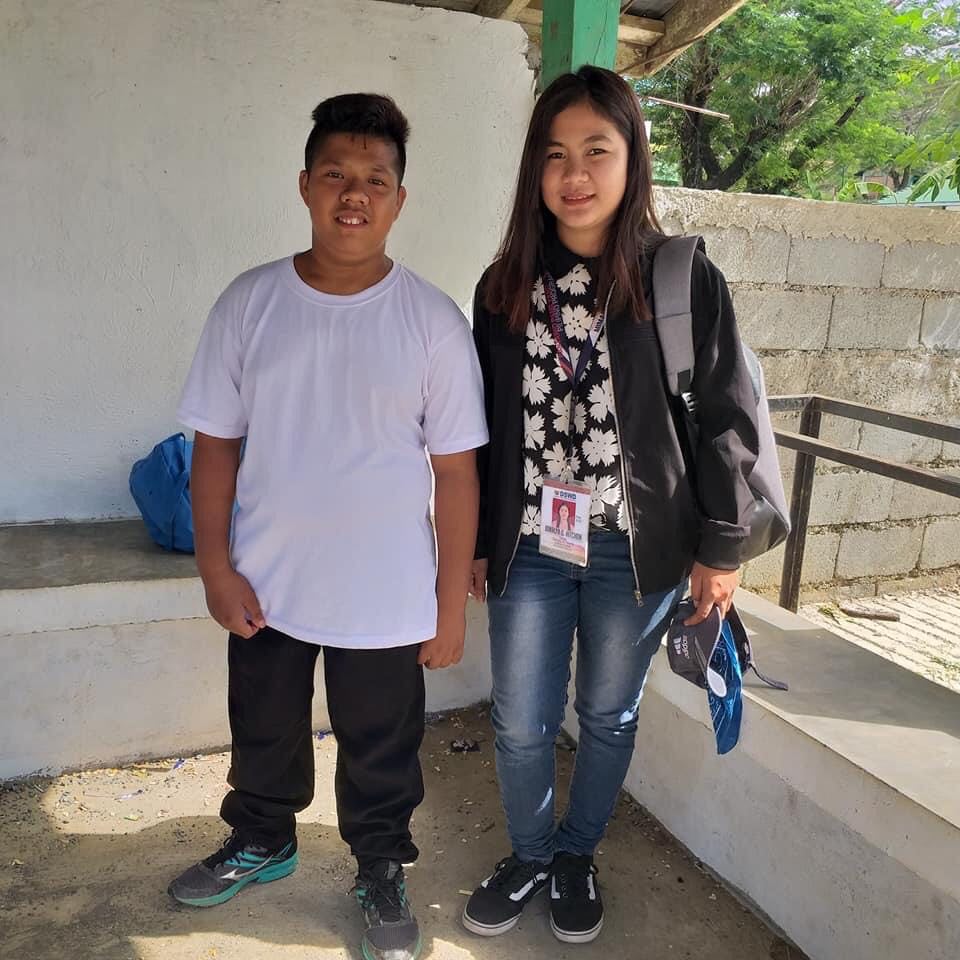 As of this moment, Inan is starting to get used to walking through his legs. (Photo Courtesy: DSWD Mimaropa)
Delete

For a 19-year old child from Occidental Mindoro, with or without disabilities, one should not stop in achieving a dream. He may have taken a break for a while but taking the route to success remains his goal. For him, no gender, social status, age and, most of all, disability, is an excuse in pursuing a better life.

Laurence Bernardo, or Inan to his friends, lives in Sitio Kinarasyawan, Barangay Malpalon, Calintaan, Occidental Mindoro. Their family became a beneficiary of Pantawid Pamilyang Pilipino Program (4Ps) in 2011. His father, Willian works as a part-time construction worker while her mother looks after him. William takes home Php 200.00 to Php 350.00 every day which should suffice to the daily needs and medications of Inan. His brother Freddie also helped with their family expenses. 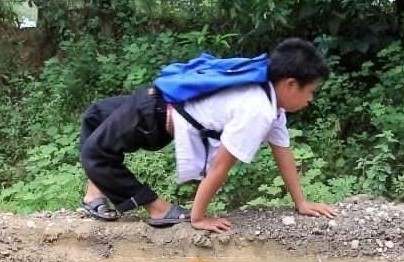 Inan was featured in a TV documentary in 2016 which has helped in making his leg operation possible. (Photo Courtesy: DSWD Mimaropa)
Delete

After Inan was featured in a TV documentary, financial assistance and support from different organizations and private individuals were received by his family. The call for assistance initiated by their school principal Efraim Tejada, also contributed to the medical operation of Inan. The Mabuhay Shiner Foundation responded to the call and sponsored the 4.5 million-worth operation of Inan. The Local Government Unit (LGU) Calintaan, through the Municipal Social Welfare Development Office (MSWDO), provided him with transportation to ensure that Inan’s family will no longer have to worry about travelling to and from the hospital. After months of preparation and with the collective support from different organizations, in 2018, Inan underwent the medical operation. This will enable him to walk just like other kids. 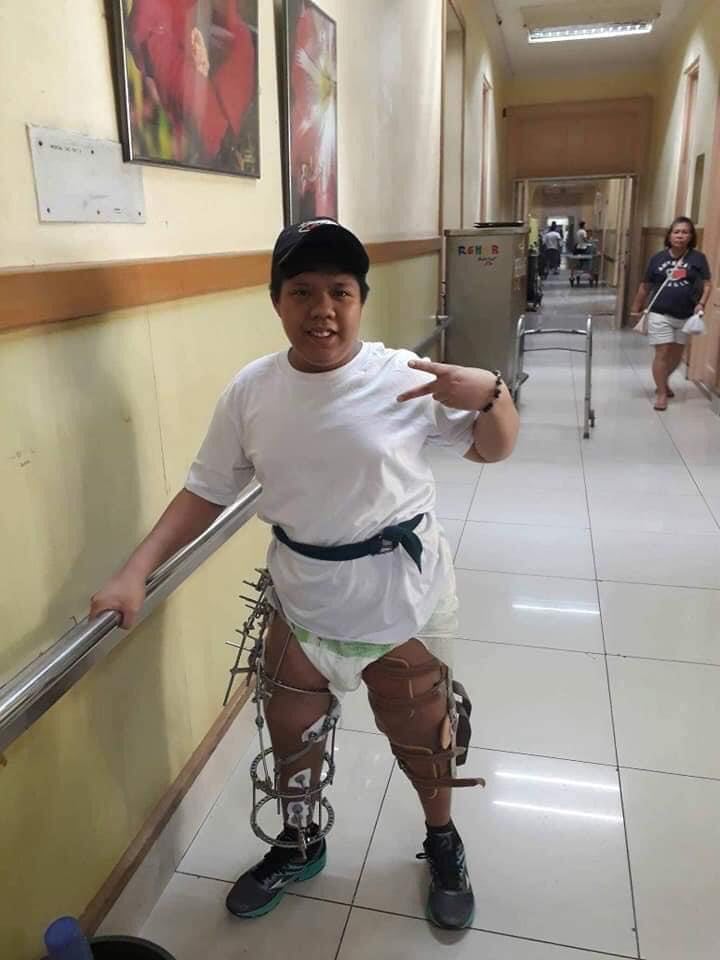 However, months after the operation, even with a heavy heart, Inan has to stop school and focus on his recovery. Because of this, he was also tagged as Not Attending School (NAS) from 2018 to 2019. But Inan’s mother Laura was concerned about how Inan worried too much about school instead of focusing on his recovery. “Matapang po si Inan. Hinarap po nya ang operasyon at desidido po syang gumaling upang makabalik uli s’ya sa paaralan. Ng nasa normal na syang kalagayan.”

According to Inan, with his condition, it is hard to keep up with his dream. There are days where he no longer sees school as a way to reach his goal of becoming a teacher. Not being able to attend school for a year also adds up in discouraging him to stop taking his route to success. But the ‘cheer’ from the people who believe in him was made louder. His parents and brother showed their support to Inan. “Pagkagaling nya sa opera ay nagplano po agad syang bumalik sa pag-aaral. Grabe ‘yung suporta ng magulang nya at kapatid kaya ibinili nila agad sya ng gamit sa paaralan. Kaya rin po siguro ang daming tumulong”,said Jonalyn D. Hitchon, Pantawid Pamilya Municipal Link.

A year after the operation, Inan went back to school as he believes that through education, a better future lies ahead of every Pantawid child – a future where opportunities are for all and poverty will no longer be inherited. “Tatapusin ko muna ang pag-aaral ko. Kasi pag sumuko ako, nag-asawa agad ako, kawawa magiging anak ko. Gagapang din sya sa hirap. Ayokong matulad siya sa akin. Mahirap. Sayang”.

With the support and encouragement from everyone, Inan was able to go back to school. He is also now getting himself used to walking and standing up through his feet without using his hands. “Minsan po nadadapa ako. Pero ano po ba ginagawa natin pag nadadapa, ‘di ba po tumatayo?”

For Inan, aside from his determination to finish school, he was able to move forward because he walked ‘extra’. The ‘extra’ is his real feet – the people who cheer and walk with him towards his goal. He believes that he is just a torch that carries inspiration to all and unites everyone. Inan proved that indeed reaching a goal is not just for those who can walk and run but also for those who dream. (DSWD Mimaropa)