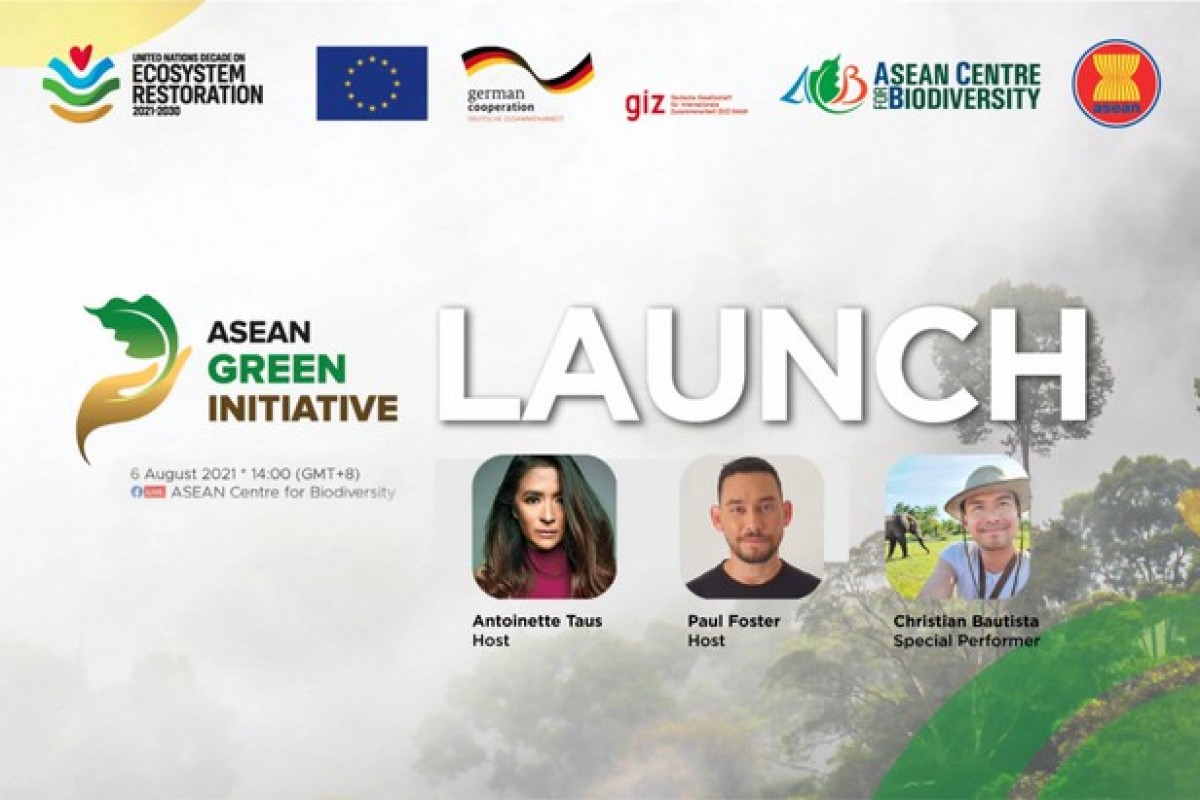 The Association of Southeast Asian Nations (ASEAN) Green initiative is the start of region-wide tree-planting movement.

Amidst environmental crises, including the emergence of diseases linked to the loss of nature, a simple tree planting, when done right, can make a huge difference.

The recently launched ASEAN Green Initiative (AGI) is expected to usher in a tree-planting movement in the region and build the momentum for more coordinated efforts that are anchored on sound scientific principles.

Formally launched on 6 August led by the ASEAN Secretariat and the ASEAN Centre for Biodiversity (ACB), the AGI will recognise outstanding tree planting and reforestation activities across the region.

Under this programme, the ASEAN committed to planting at least 10 million native trees across 10 ASEAN Member States in a span of 10 years.

“Planting 10 million native trees and vegetation is just a start. Through the AGI, we hope to encourage and inspire people and organisations so that we can expand this target within and beyond 10 years,” said Dr. Theresa Mundita S. Lim, executive director of the ACB. 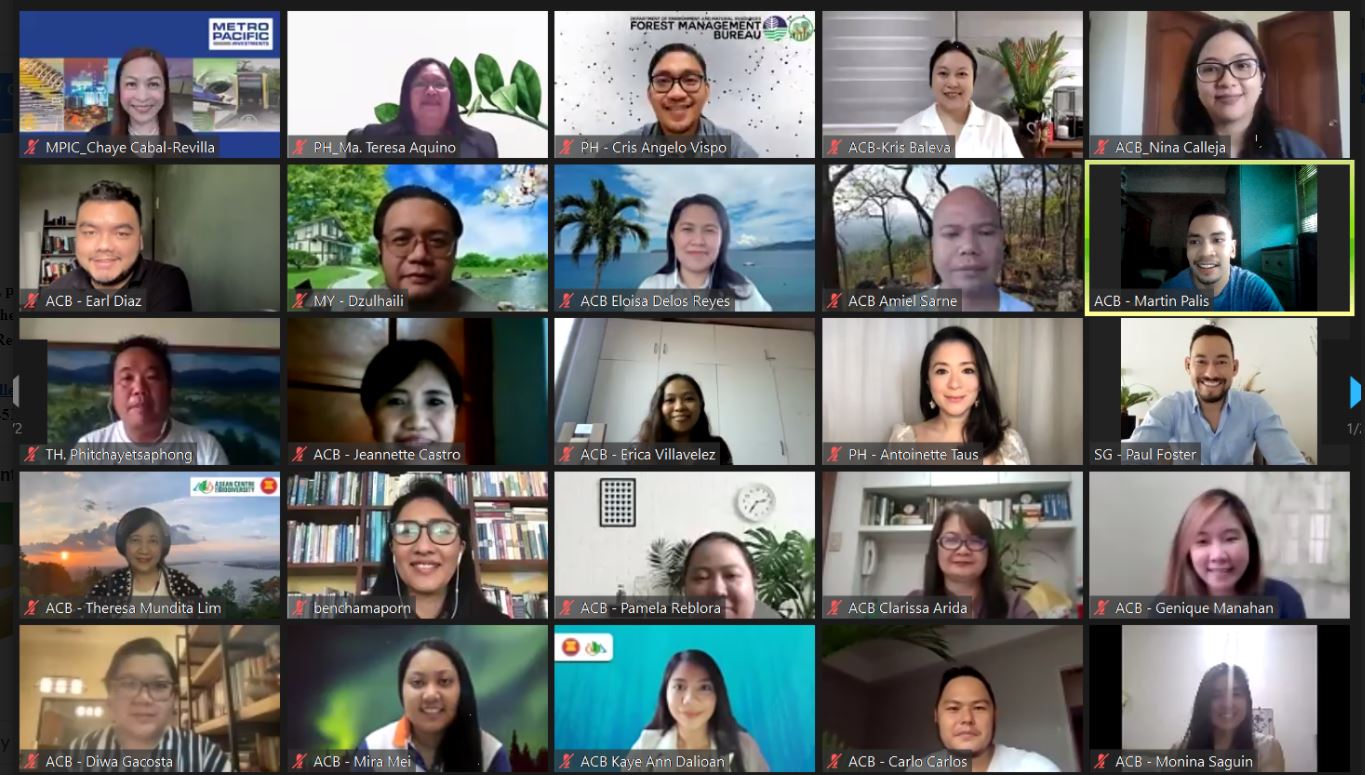 The AGI puts emphasis on planting native tree species as they are likely to regenerate faster in their natural environment and are more sustainable in the long term. Native trees are well adapted to the climate and soil, hence they are more resilient and have a higher rate of survival. Planting and growing native trees enrich biodiversity and help revive the natural interactions between organisms and species of both flora and fauna.

“The launch of AGI is indeed timely as it complements many national greening plans and programmes of ASEAN countries. We hope to continue to build momentum, strengthen ownership, and raise awareness,” DSG Kung said.

What does it take to be recognised as an AGI?

Small, medium, and large-scale tree planting and reforestation may be nominated to the AGI.  Some examples are reforesting deforested areas; enrichment planting of degraded forest areas, coastal and mangrove habitats; and urban tree planting, which includes planting in parks and along streets.

All nominated projects will be evaluated and recognised based on a set of criteria that target to assess possible environmental, societal, and economic trade-offs and impacts on the health, resilience and well-being of both nature and the people. These criteria are ecological soundness, socio-economic impact, sustainability, and compliance with governance and institutional mechanisms.

Dr. Lim emphasised that all interventions in restoring and conserving the ecosystem should not harm the environment and have meaningful participation from the people and communities so that the conservation outcomes are able to adequately benefit people’s health, livelihood and overall well-being.

Tree planting and reforestation efforts should have long-term impacts, along with compliance to national environmental policies and contributions to national reforestation programmes, as well as international commitments such as the Convention on Biological Diversity.

“Tree planting and restoration activities are just initial steps to a comprehensive and holistic approach to renewing ecosystems, minimising environmental pressures while securing the socio-economic condition of the people and the state,” Dr. Lim said. 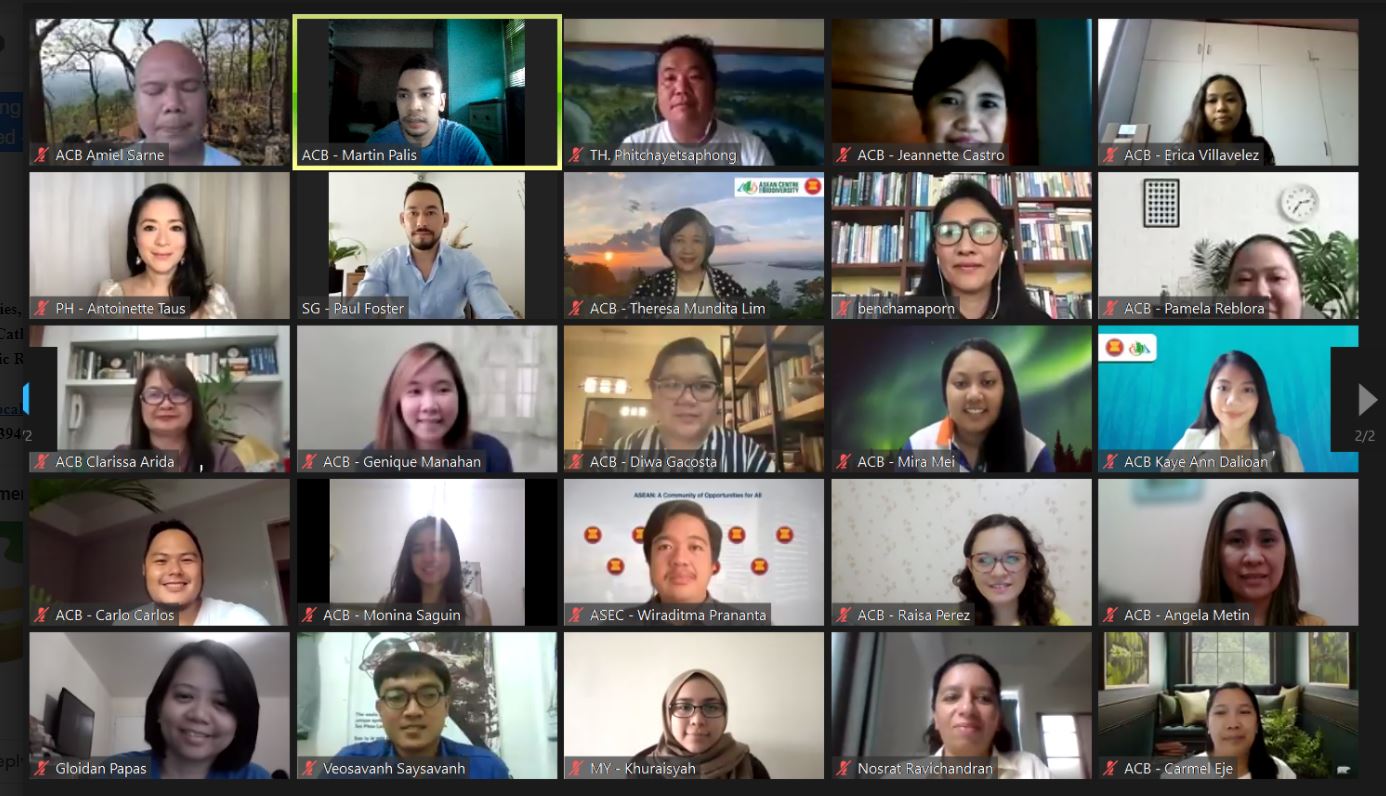 Stories from the ground

The virtual launch was brimming with inspiring stories on how governments, private sectors, local communities, and ordinary citizens are making meaningful change towards a more resilient and more sustainable future. People and groups at every level are leading the way in planting seeds that hopefully will not only grow into trees, but seeds that will pave the way for new ways for living, working, and growing together.

One of the highlights of the launch is the kick-off of the BiodiversiTalks, a moderated panel discussion that features subject matter experts on biodiversity conservation and ecosystem restoration in the region.

As many efforts across the ASEAN to restore degraded forest ecosystems are already ongoing and more are pipelined, these are significant progress that need to be expanded, particularly in light of the UN Decade on Ecosystem Restoration.

Ongoing tree planting initiatives in Malaysia, Indonesia, Viet Nam, Singapore, and the Philippines, impressively surpass the target of at least 10 million trees in the region, with over 1.2 billion trees already in the pipeline. The challenge now is to ensure that these trees grow and reach their full potential. This requires shared long-term commitment and collective action to ensure that efforts foster both nature and people.

DSG Kung acknowledged how different stakeholders across sectors and levels support and take part in the AGI, including national and local governments, business sector, civil society, and global partners. He also highlighted the importance of recognising local and grassroots efforts to support regional biodiversity policies and programmes.  “We believe that everyone in ASEAN is part of the solution,” he said.

In her recorded video message, Executive Secretary Elizabeth Maruma Mrema of the Convention on Biological Diversity remarked that the AGI is “an incredible contribution to the UN Decade on Ecosystem Restoration, as well as the step towards achieving the 2050 Vision of Life in Harmony with Nature."

“The AGI, a recognition programme and mobilisation for action, including in urban areas, is a way to both advance restoration, as well as raise awareness amongst many stakeholders,” she said, noting that the AGI joins other activities around the world, such as the Forest Ecosystem Restoration Initiative, and the Great Green Wall Initiative in Africa.

With the continuous land degradation and biodiversity loss at dangerous rates, and our health and well-being threatened at a tremendous cost, Ms. Mrema declared, “This must be a decade of action and transformation in support of ecosystem restoration.”

This was echoed by the European Union (EU) Ambassador to the ASEAN Igor Driesmans, mentioning that the “unprecedented decline in global biodiversity requires a renewed sense of urgency.”

“We also know that biodiversity and forest-related challenges are inherently global and we are witnessing a continued and deeply worrying decline in biodiversity and forest globally. And hence, international cooperation is the only way to stop this decline. We need global action and we need it now,” he said.

Charge d'Affaires of the Embassy of Germany in Jakarta, Indonesia, Thomas Graf, urged everyone to “act together” and “act fast” in the face of global challenges.

The AGI is supported by the European Union and the German development agency Deutsche Gesellschaft für Internationale Zusammenarbeit (GIZ) through the Biodiversity Conservation and Management of Protected Areas in ASEAN (BCAMP) Project, and the Institutional Strengthening of Biodiversity Sector in the ASEAN II Project, respectively.

Both the EU and the German government expressed their commitment to continue to support and be the ASEAN partner in building the region’s new green agenda.

The timing of the AGI launch surfaced a more inherent and aggressive need for individuals, communities, societies to work collaboratively across boundaries to explore and implement integrated – whole-of-society – solutions as we are becoming increasingly interconnected and interdependent. (PIA-NCR)