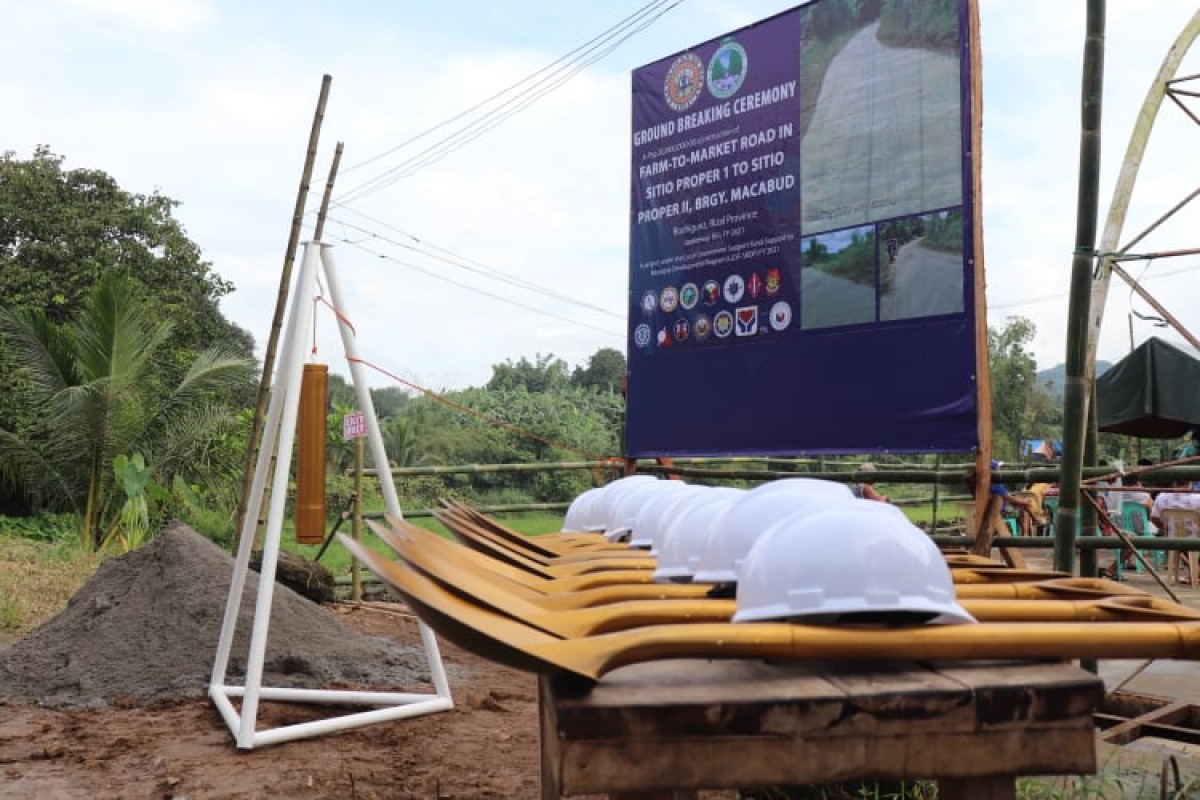 True to its name, Barangay Macabud in Montalban town will soon become a goldmine of opportunities as the community rebuilds itself after the chaos of insurgency.

For Barangay Chair Judith Gandia--Kapitana Judith, as the residents call her-- the Farm to Market Road that will be built is an answered prayer for the generations of farmers in their community.

Until the Farm to Market Road project of the Local Government Support Fund-Support to Barangay Development Program of the National Task Force to End Local Conflict broke ground, farmers in Barangay Macabud had to transport their produce through rough roads and rocky pathways until they reached the town proper.

After hours of walking, local farmers had no choice but to sell their produce for cheap because who would want to resell produce that suffered wear and tear from hours of getting lugged around on the backs of farmers and their horses?

The only so-called road on which they travelled was a product of decades of treading through muddy roads.

The children did not have it easier than their parents, for the nearby school can only offer education for Grade 1 until Grade 4 students who had to make their way to school before the sun rises.

Kapitana Judith said their youngsters get discouraged from going to school because they would have to walk for miles just to get to their classrooms.

Barangay Macabud (whose origin took its meaning from the act of mining and tallying money) was supposed to be a goldmine of opportunities.

But the muddy roads and lack of access to the town proper made these opportunities a long way from the residents of  Barangay Macabud.

Land disputes among farmers and landlords was the root of conflict in Macabud, kapitana recalled.

Basic necessities, such as access to medical services were elusive to them as well. As the hospitals are kilometers away from their barangay, and it would take them longer to travel given the condition their only path is in.

Although the concrete Farm to Market Road will take a long time to finish, the residents are already looking forward to the opportunities waiting for them.

For Kapitana Judith, the new Farm to Market road in their barangay will not only make transportation easier for their farmers. More than anything, it will provide them better access to social and medical services their families need especially during the pandemic.