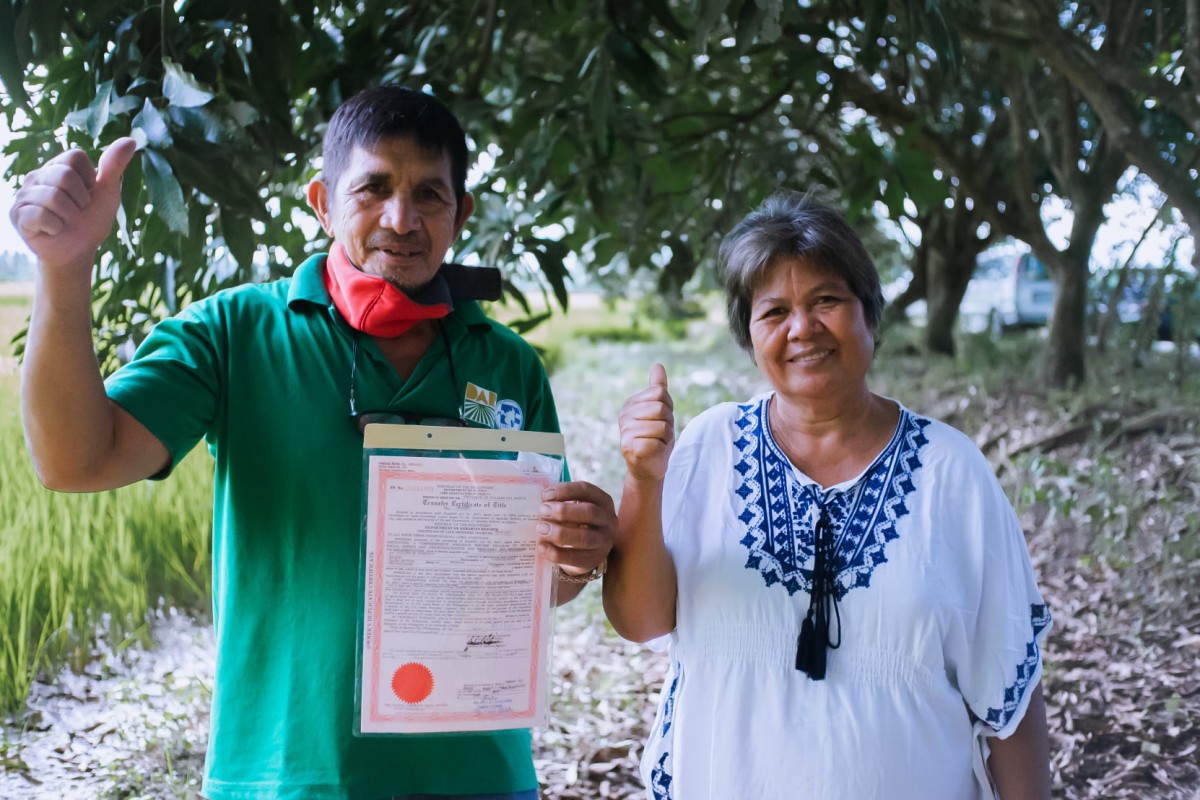 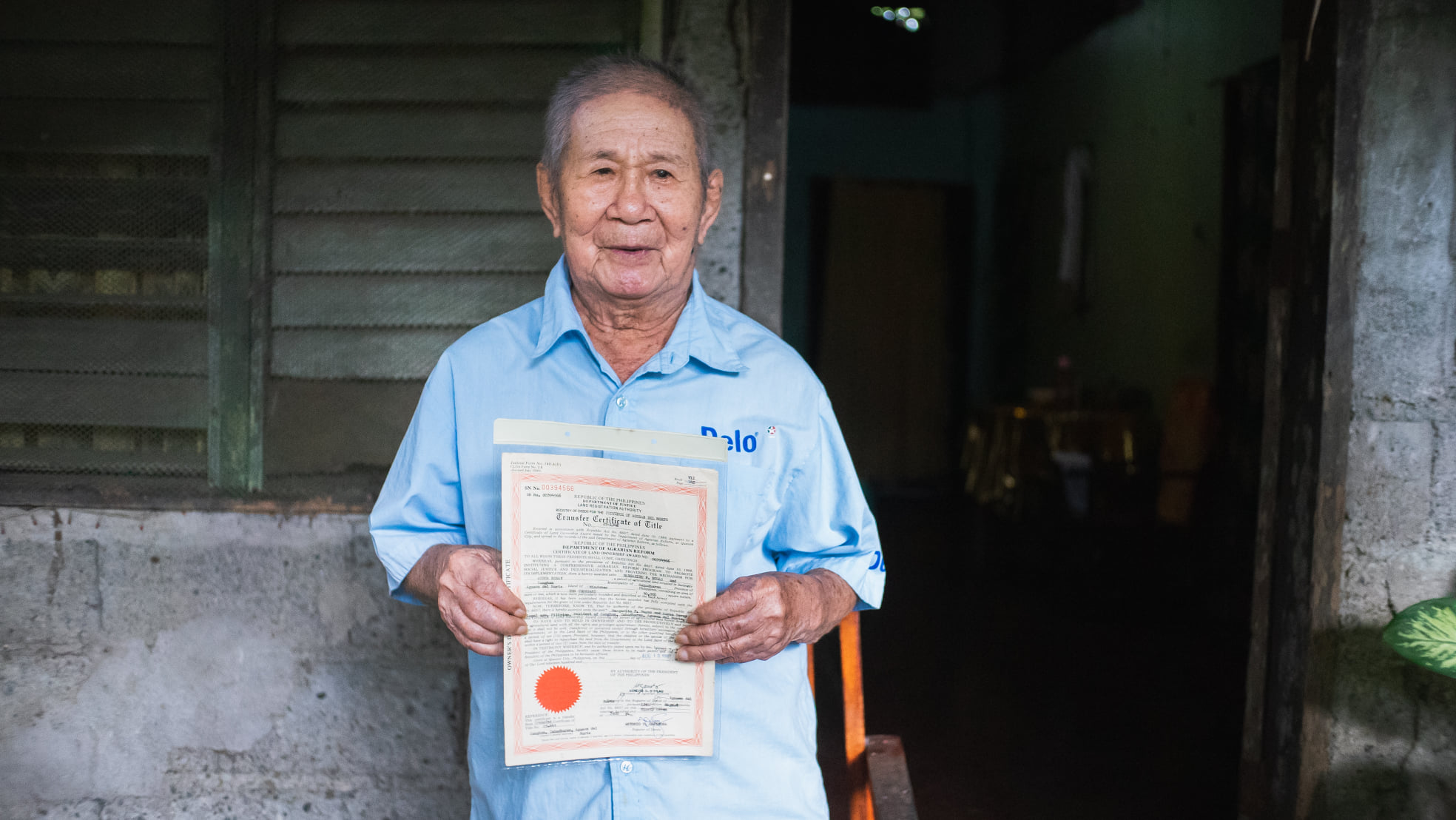 “Better late than never,” this is the statement of Margarito Bugas, a 94-year-old, Agrarian Reform Beneficiary of the Department of Agrarian Reform (DAR) of Agusan del Norte.

Margarito, proudly narrates how his dream of having a land becomes a reality as the Agrarian Reform Secretary John R. Castriciones personally delivered and handed-over the Certificate of Landownership Award (CLOA).

This was also the sentiment of the two farmers in Agusan del Norte, Paul B. Agsaway and Milagros Barientos who thought that they left in the dark and to do is to till the land they never own.

These three farmers are the recipient of ‘Serbisyong DAR-to-DOOR’, whose Agrarian Reform Chief Castriciones personally handed over the land titles to the farmer-beneficiaries on August 23, 2021 in Brgy. Sanghan, Cabadbaran City.

This activity is part of the agency’s implementation of the new version of Agrarian Reform under President Duterte’s administration, which aims to speed up the implementation of CARP Phase 2, targeting the distribution of public agricultural land to qualified beneficiaries.

Castriciones expressed joy as he watched the local farmers who bridged the gap from the clutches of poverty and made the difference.

Like in the case of Paul and Milagros, in the same way, who also the beneficiaries of Avancena state in Brgy. Sanghan Cabadbaran City sometime in 1990. Since then, they are now big-time landowners and experienced rapid economic change.

Margarito, Paul, and Milagros, thanked the DAR for awarding them the land as well as the needed support services they availed that spelled out the improvement of their lives.

The said farmers are among the thousands of farmers all over the country who received their CLOA in a Serbisyong DAR-to-Door program of Sec. Castriciones since he took the office in 2016.

Land distribution, or CLOA distribution, under Castriciones is marked by “Serbisyong DAR-to-Door” wherein the official takes time to personally hand over the land titles to selected farmer-beneficiaries, mostly aging, if not ailing farmers, who have long been waiting to receive their CLOAs from the DAR.

It was said that those farmers profusely thanked the DAR’s land distribution program for facilitating their land titles.

According to PARPO Atega, despite the pandemic that threatened the various activities of Sec. Castriciones, the rolling-out of the land distribution continued to agrarian reform beneficiaries through various ARB organizations (ARBOs).

PARPO II Atega said that the Secretary has no rest day in bringing agrarian reform works beyond limits. Sec. Castriciones' first visit to Agusan del Norte has spelled out his administration’s policy in this quote, “We will not stop distributing land titles, help and support to our farmers.” (Gil E. Miranda, DAR Agusan del Norte/PIA Agusan del Norte) 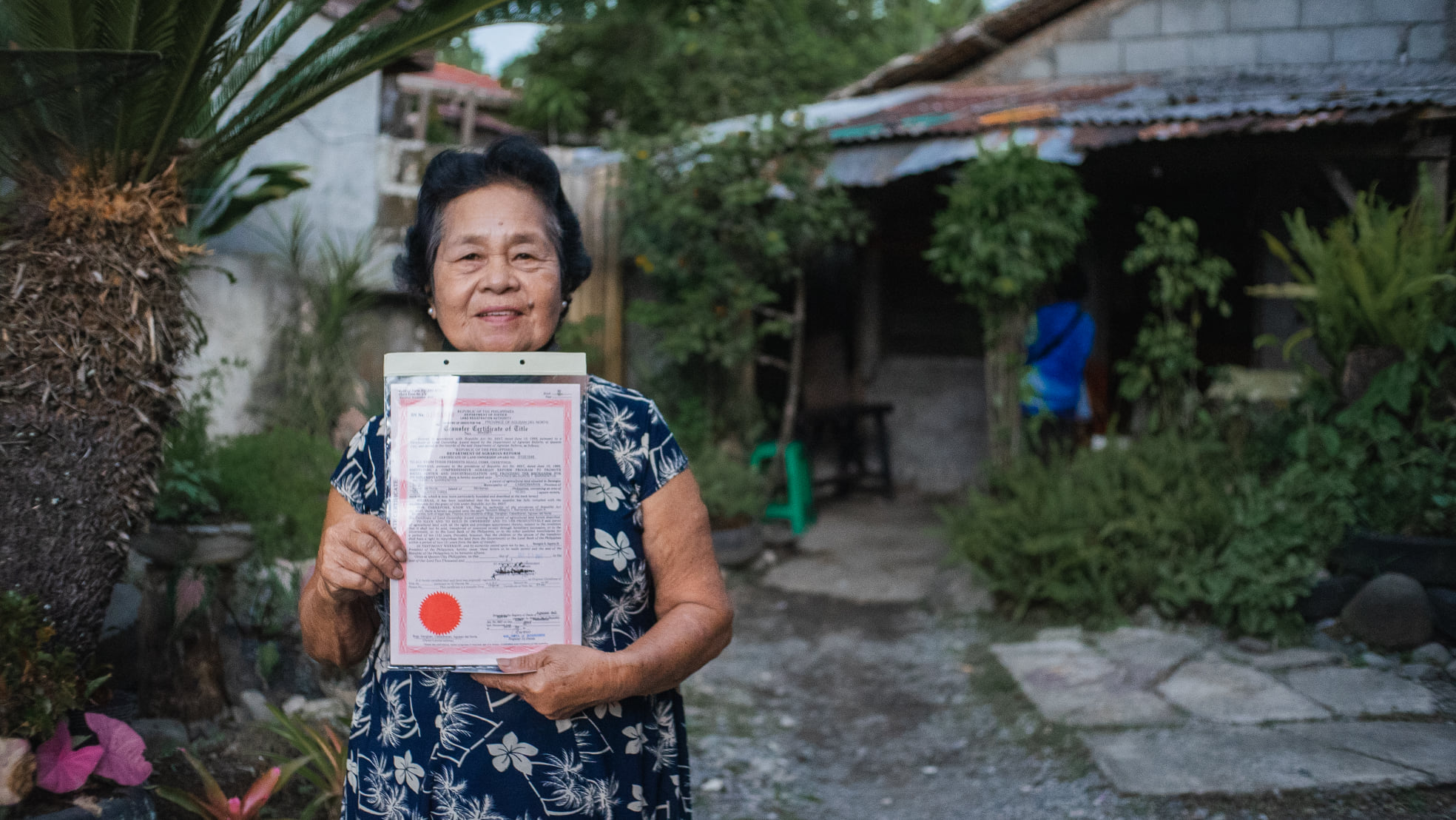