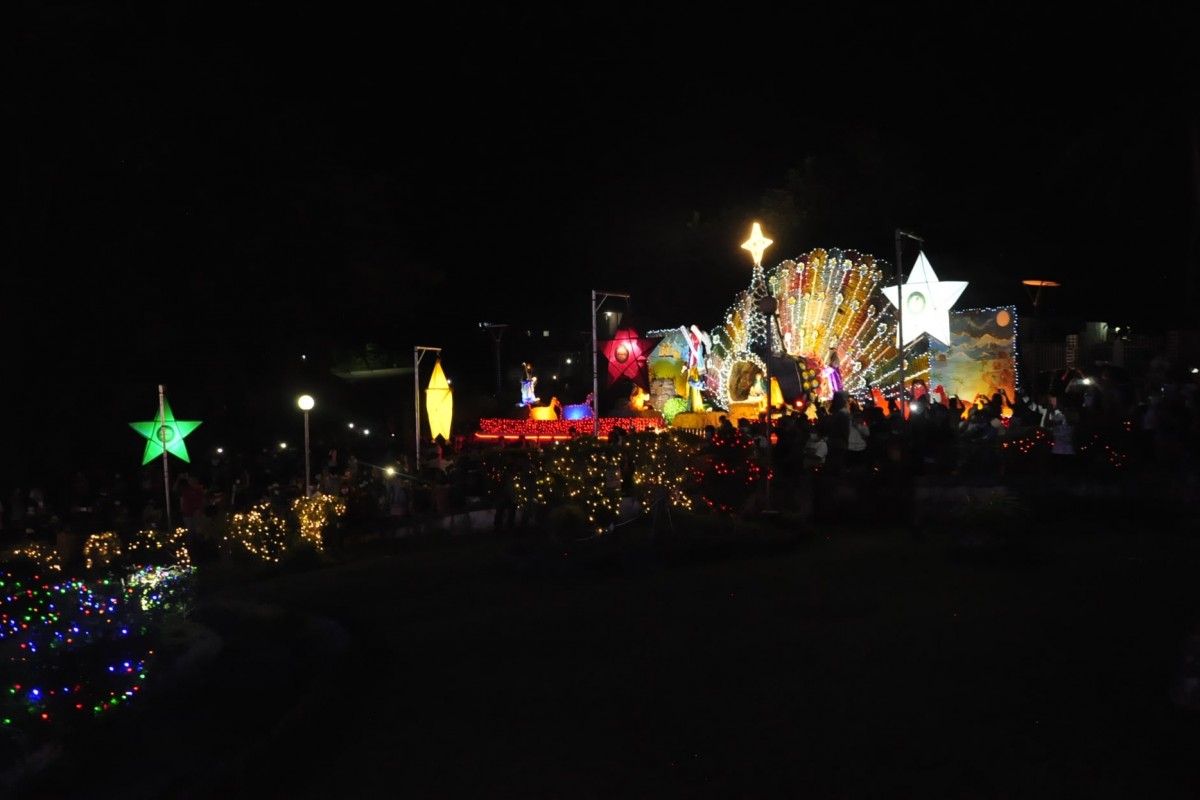 The pitched voice shattered the silence surrounding the dimly-lit plaza where about a thousand people have gathered outside the security cordons. Ten, nine, eight and the crowd picked on the cue. At the strike of zero, Alicia Mayor Victoriano Torres lowered his hand and the crowd howled and applauded as the town plaza was bathed in a magical light triggered by the countdown that roared across the ground.

The countdown in the much-awaited annual switching of of the Christmas lights illuminating every nook in the town plaza on Dec. 4, was what over a thousand people came to witness and ignite their selves into the holiday mode, even in times of the pandemic.

“We still have COVID, let COVID be, but, it can not let us down,” the mayor blared as the crowd roared in appreciation.

The switching on of the lights also came with a cacophony of Christmas carols played on the sound system. 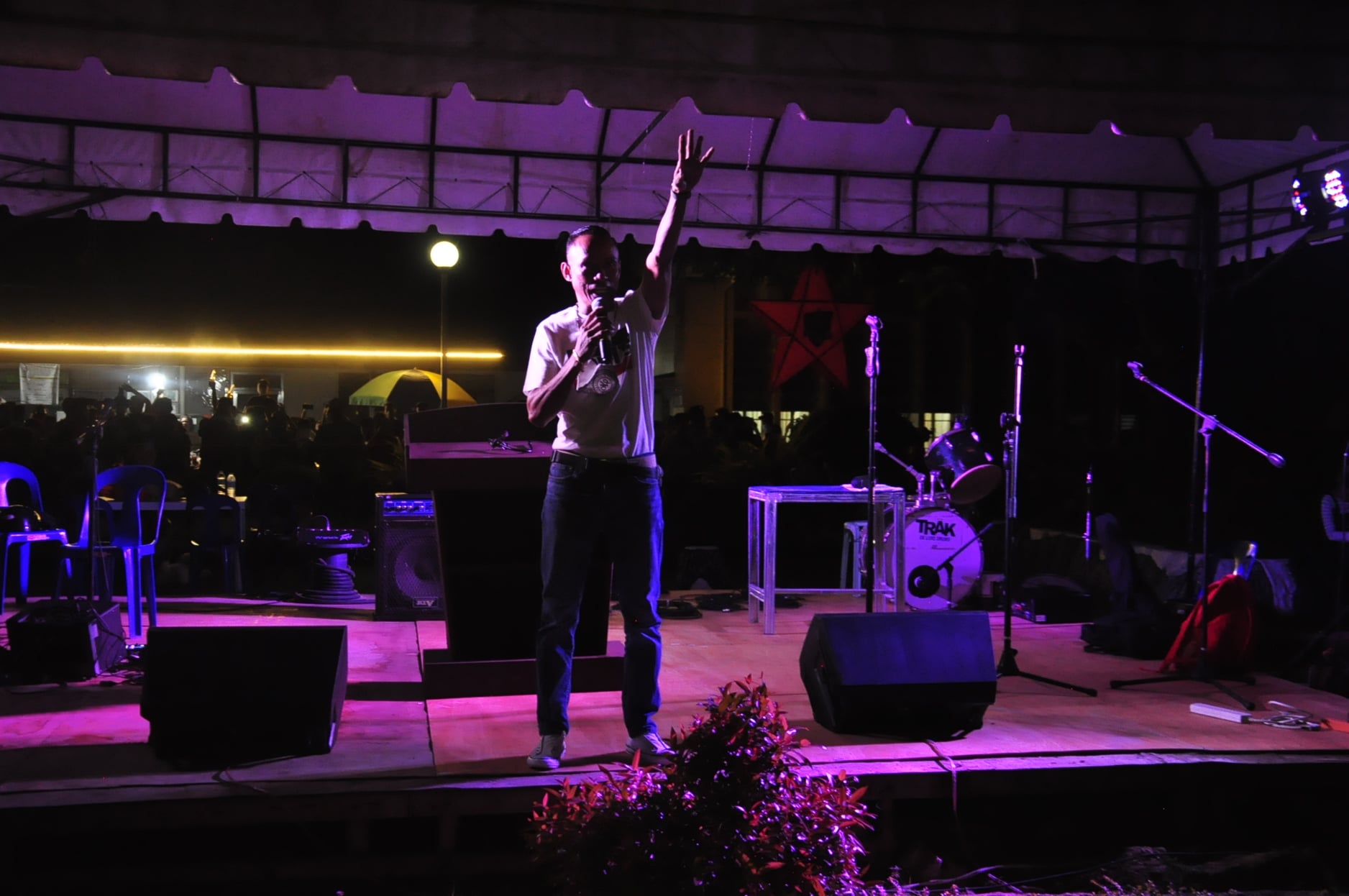 The roar of the crowd as the fireworks exploded rose in fine counterpoint while everyone with mobile phone cameras jostled for the best position to capture the momentous event. As the lights turned on, it transformed the plaza into a magical world of Christmas highlighted by a 30-foot Christmas tree, a nine-foot mistletoe, a ten-meter Nativity set, and a dancing fountain that spews out Christmas colors.

“We have to do this, this is the people’s money and we think they deserve to see this in this gloomy time of the pandemic,” he added.

Now on its second year, the annual switching on of the Christmas themed public park lights is Alicia’s outward show of its psychedelic resolve to rise up above the gloomy atmosphere brought about by the threat of coronavirus disease. “We will not be dampened by this COVID, we will stand because we have at least the Christmas to hope for,” the mayor said. 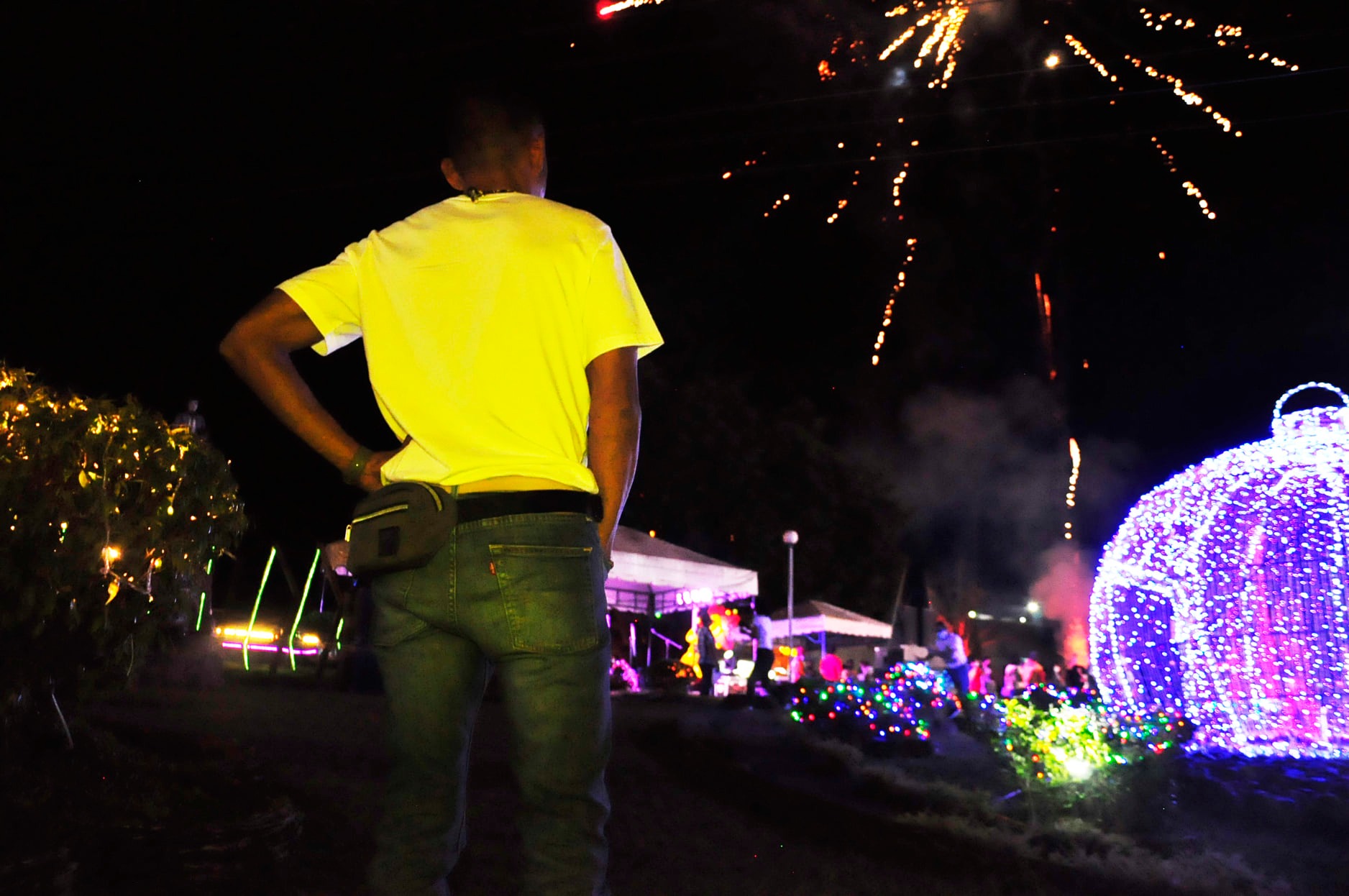 FROM AFAR. Mayor Victoriano Torres surveys the effects of the light as fireworks fill the sky over the plaza. (PIA Bohol)
Delete

The crowd took long queues as the town police chief, Lt. Juanito Flores, reminded people to follow the minimum health protocols in getting inside the cordoned part to take souvenir pictures. An entrance gate manned by local municipal employees made sure only a limited number can get inside the plaza at a time so they could practice social distancing.

Only vaccinated people can come in as volunteers manned the entrance gates making sure the group that comes into the park has 15 minutes of time before they are asked to proceed to the exit gate and another batch of guests come in. Already made colorful with the dancing fountain that spews geyser of colors, the crowd roars with appreciation.

The town plaza now is made even more attractive with LED lights and Christmas lights, including three major installations apart from the dancing fountain that spews bursts of geysers, reaching out to the fireworks exploding overhead. 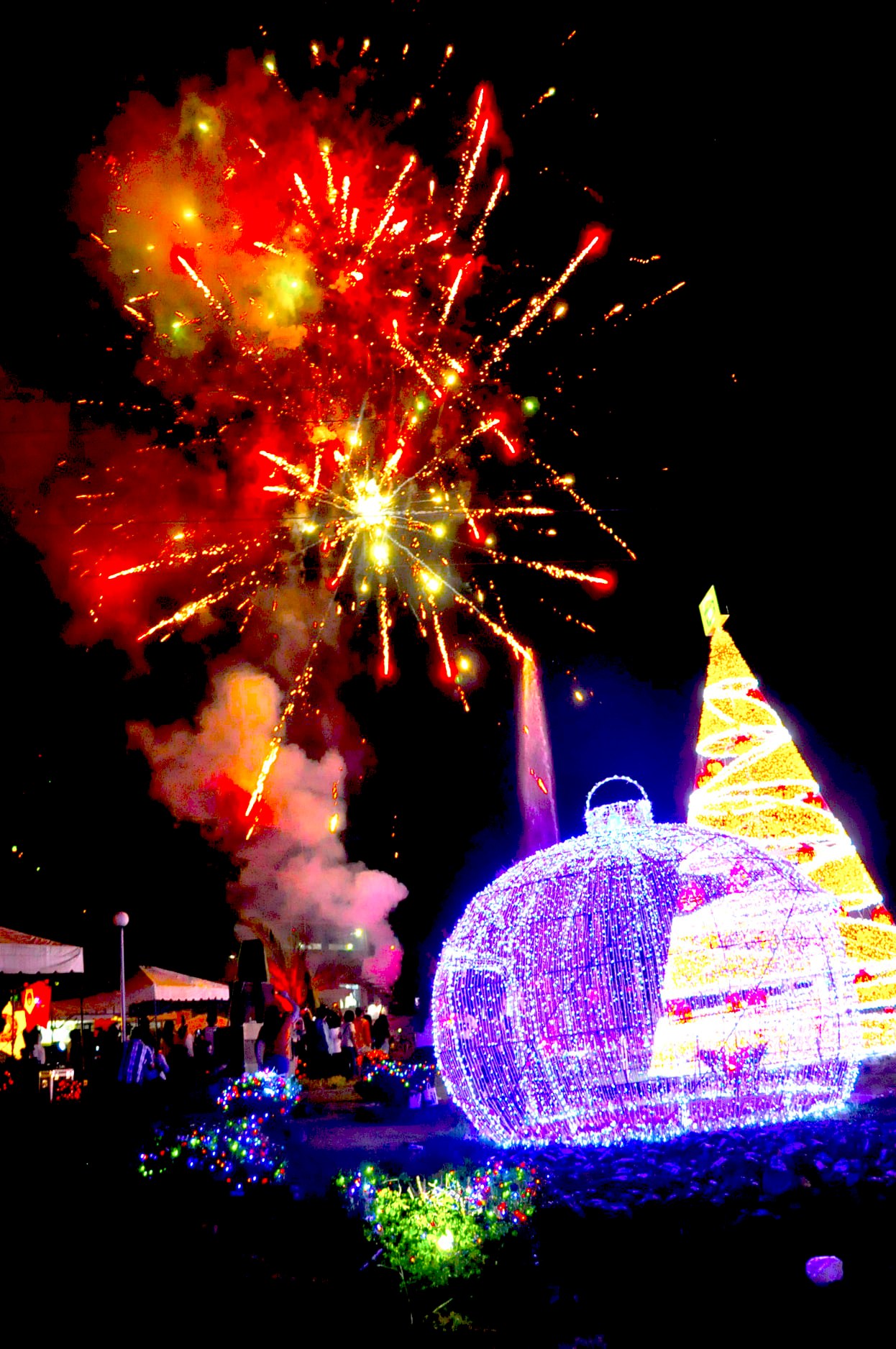 SHOWER OF BLESSINGS. The fireworks over the plaza had people gaping and wishing for the same shower of blessings for the yuletide season. (PIA Bohol)
Delete

As the water from the fountain spills into a tiny pond, it flows into a series of lit cascades going between two footpaths to the highway. A couple of meters beside it is a giant Christmas tree of fairy lights and red mistletoes.

A step further down is a giant crown bedecked with blue series lights. The hollow space is enough for a group of friends to snuggle for photos. Across the access road to the town hall is a huge Nativity set with its theme inspired by the peacock. Lit like a playbill in some downtown theater, the Nativity is the town’s official entry to Bohol’s Belen Contest organized by the Provincial Government.

Also hosting guests for the town’s reopening of its extreme sports trails, Alicia gathered most of the trail runners joining the 5-kilometer and 0-kilometer trail run, at the plaza to witness the event and jam. 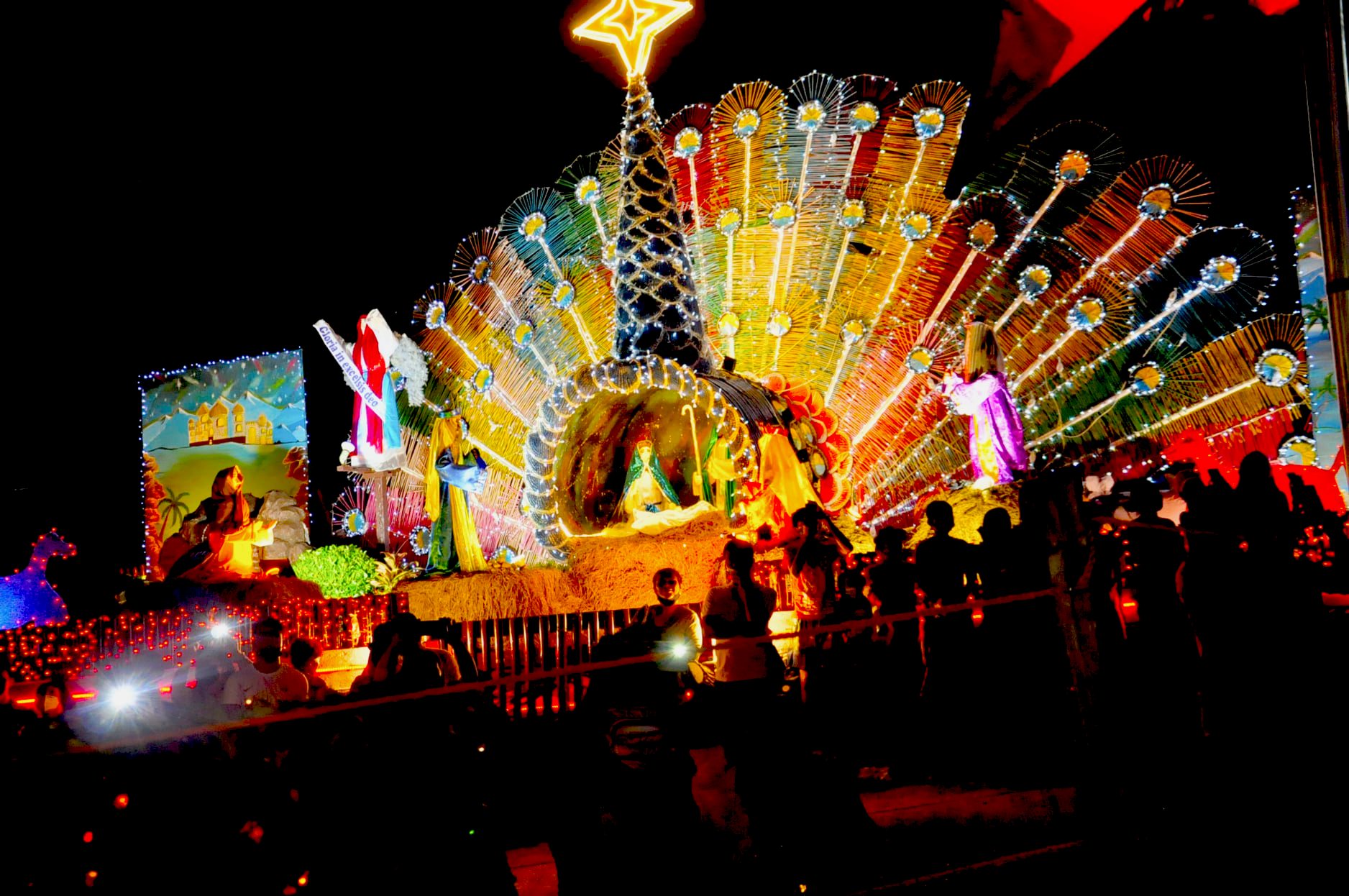 PEACOCK FOR HOPE. Despite the pandemic, Alicia residents and well-wishers from nearby towns also hope that life would be better by next year. (PIA Bohol)
Delete

A band stand is set in a tent in the plaza for the athletes and guests who wish to jam and loosen up before straining for the run. And to set the mood for the night of fun and Christmas joy, local employees performed a choreographed Zumba dance as the sound system blared lively music.

The town guests for the lighting event were Valencia Mayor Katrina Lim, Board Member Elpidio Bonita, and Padayon Bohol’s Provincial Board members slate. Officially lit now, the plaza would remain open to guests at night but authorities are making sure that their Christmas contribution would be a joy to the soul and not anguish to their loved ones.

"Let us follow protocols, and let us allow people from other places to set foot in our plaza, as long as they obey the protocols," the mayor reminds the people. (RAHC/PIA7 Bohol) 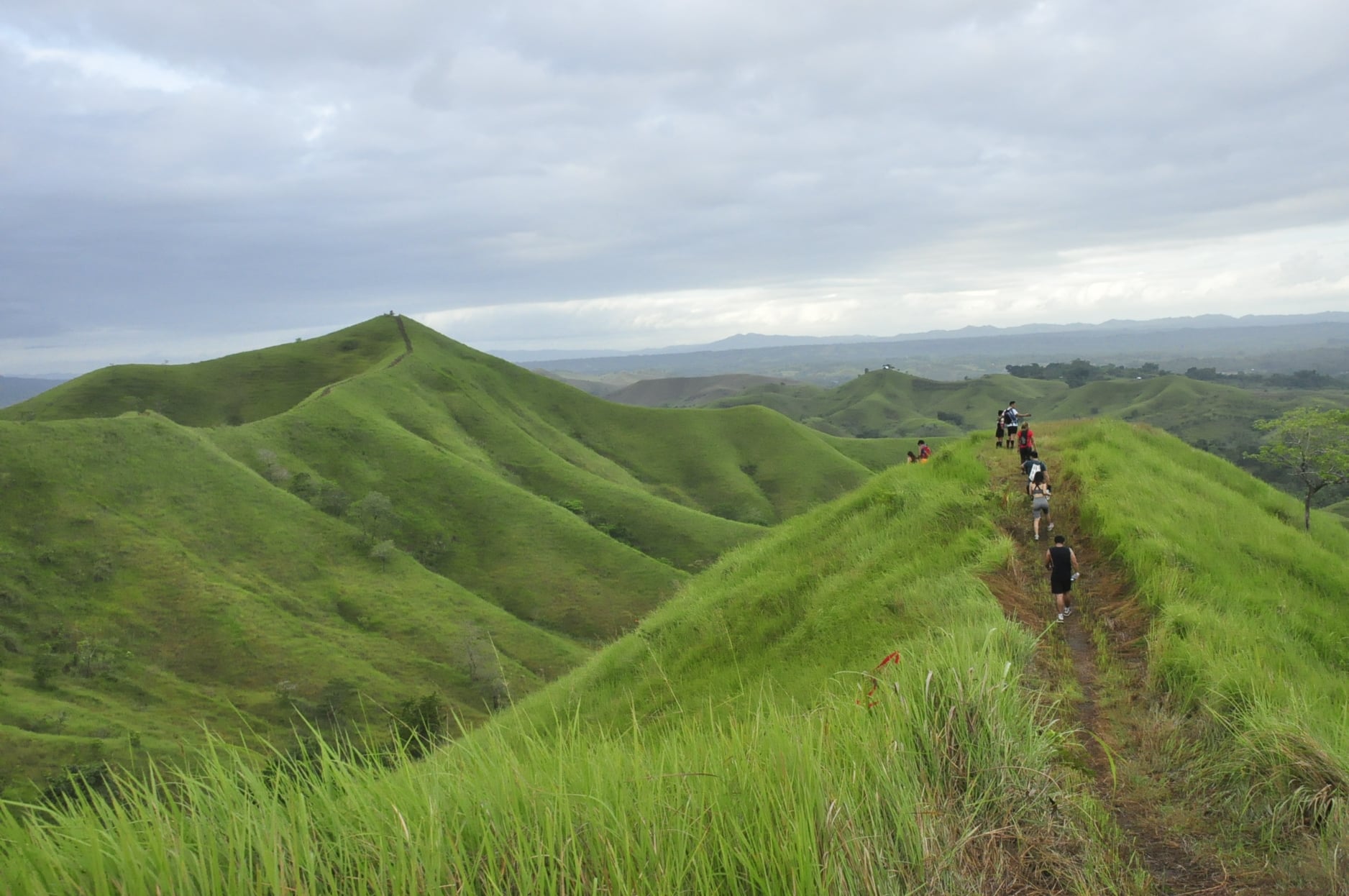