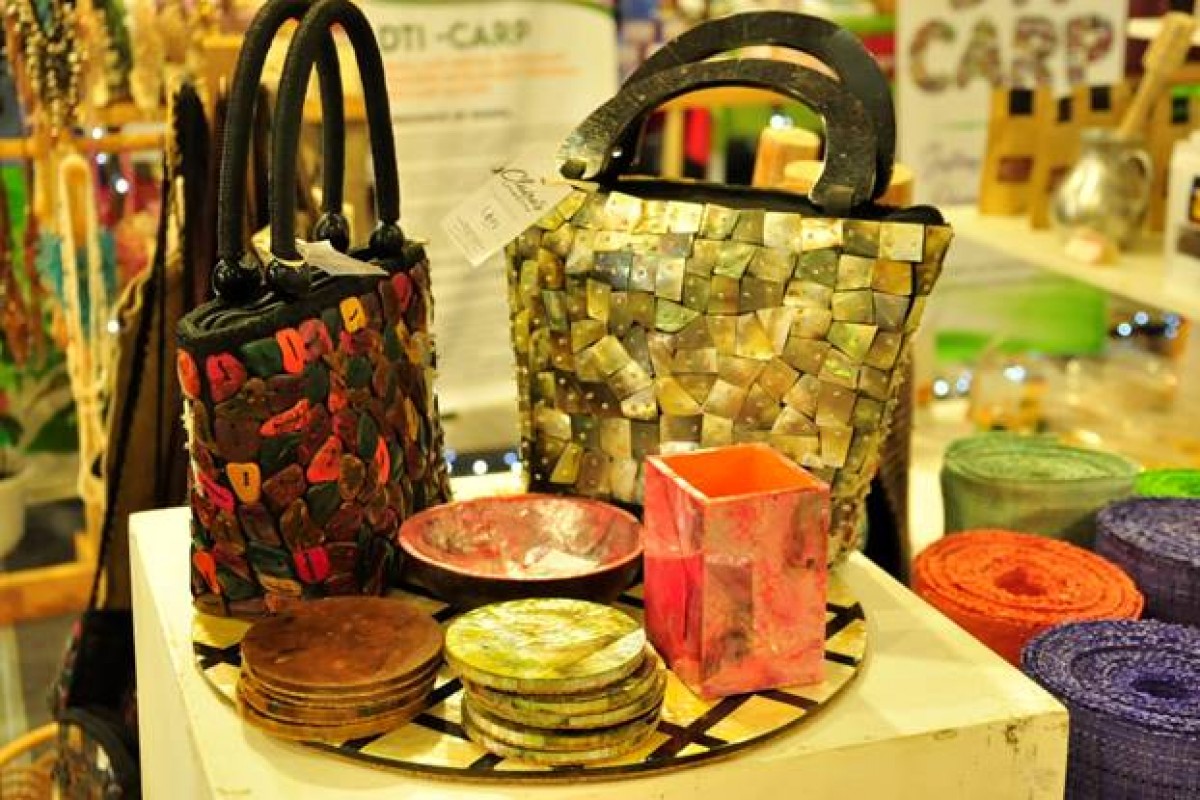 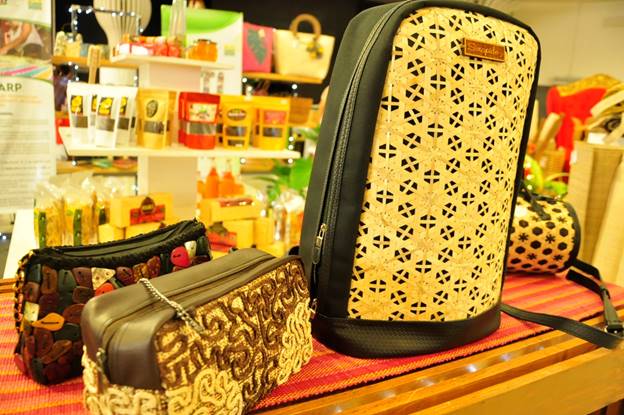 WOVEN BAMBOO BAG. From the bamboo weavers of Inabanga come sINAPIDO bags, quite trendy and chic, a proud testament of the craftsmen's ingenuity at the Holiday Craft Fair in Bohol. (RAHC/PIA7 BOHOL)
Delete

It was an early exposure to bag-making and design that made his life "all in a bag."

Lauro Lopido, 41, was a step away from reverting to his supervisory job in a small bag production company in Saudi Arabia, but he persisted and somehow things paid off. He was a fresh high school graduate from Dolores Eastern Samar when he went to Manila to try his luck and got into a job in a bag factory.

His task then was inverting bags so the sewers could put in some needed parts. On his spare time, he would sit in the factory’s sewing assembly line and try his skill at bag-making, knowing that it could be a better money source than a factory handyman.

Persistence, patience and perseverance plus his newfound profitable skill brought him to try it out in the Middle East and in Brunei where he met his future wife, Marlyn Anabieza of Santo Rosario, Inabanga. After their wedding, the couple decided to live in Bohol and put Lauro's skill in line.

“I was fixing school bags in the neighborhood, and it was really not much considering I was new and there were not many to fix,” Lauro shared in an interview. That time, he was about to give up and go back as an overseas worker to feed and sustain his family's needs. 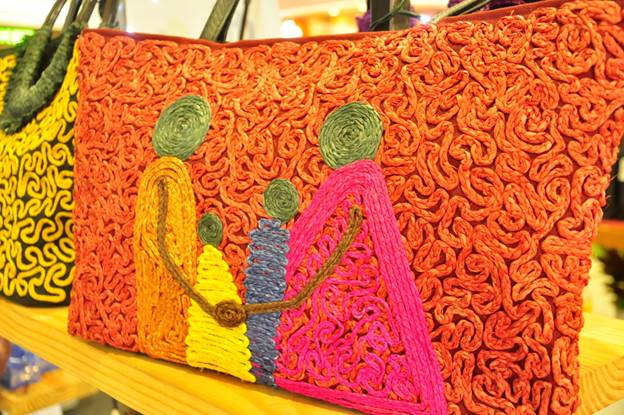 SINAPIDO. A pigtail braid of woven raffia becomes the base of the design which Lauro Lopido incorporated in his bag lines. Sinapido is derived from sinalapid (waray) and sinapid (Boholano) and Lopido. (RAHC/PIA7 Bohol)
Delete

But when his brother, who works with the government in Samar, told him to seek assistance from the Department of Trade and Industry (DTI) in Bohol, an opportunity opened for him. “I went to DTI and asked what they can do. From then, things started to work out right,” he said.

Settling in town with a long string of raffia loom-weaving tradition, the trainings in product design and innovation started for his bag business. "We found sinalapid, a raffia pigtail weave that we overlaid in the design and played on contrasts and things soon picked," he said.

Sinalapid or sinapid weavers in Bohol found a good market as Lopido’s handcrafted bags soon got them as a trademark. “That was also the start of the brand name Sinapido,” he said.

Later design innovations had Lopido venturing into more raw materials, several of them locally woven and sourced out from other weavers in Bohol who specialize in other designs and materials. 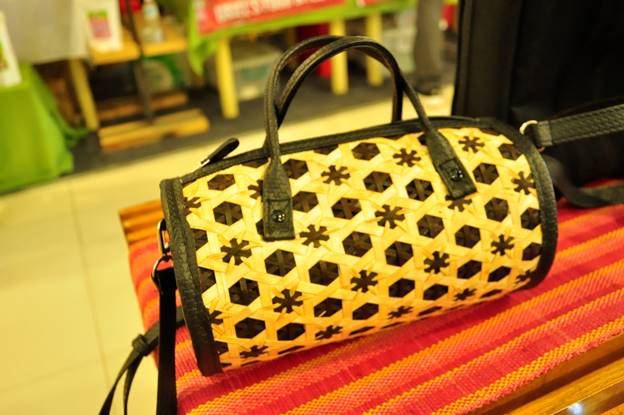 FASHIONABLE BAGS. Lopido has since graduated to fashion and utility bags by incorporating available raw materials which are locally made into his bag designs. (RAHC/PIA7 Bohol)
Delete

From sinapid, Lopido’s bags now feature buntal, synthetic fibers, threads, upcycling materials, recycled objects and anything that could be a highlight, motif or simply an interesting contrast that makes the bag chic, stylish, and fashionable. Already making big ripples in the handcrafted bag industry in Bohol and in the country, MaraArams Baglines became a must have among people in the high society.

Then the pandemic struck. "We have to divert our bag production as there were no sales, and we have just equipped our production line with 8 heavy duty sewing machines," he shared.

"As our way of helping in the pandemic, we made about 50,000 face masks as the orders were also brisk," he eagerly said. The production helped him cut his losses and helped him employ the women in Santo Rosario.

Recently, when faced with another potential design innovation challenge in the DTI Holiday Market and Craft Fair as a pre-Christmas bazaar of holiday crafted decors, Lopido’s creative genes cranked up again. His Christmas angels and tarsier Santas, which he said he conceptualized in a day, are among the fair’s bestsellers in the craft fair that ran from Nov. 22-27.

Asked if he would still consider going abroad, Lopido, who now has a decision in the bag, could only smile, his life now woven in the bags that has kept his and his family’s dreams. (RAHC/PIA7 Bohol) 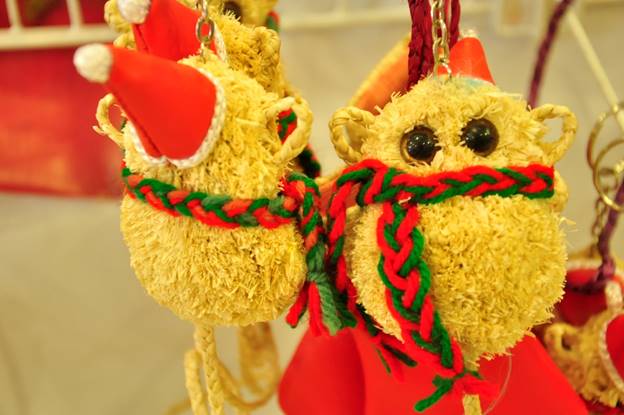 FROM SNIPPETS OF RAFFIA. Lopido conceptualized Christmas decors from waste materials laying on the plant floor. The tarsier santas and raffia angels were the fair's bestsellers. (RAHC/PIA7 Bohol) 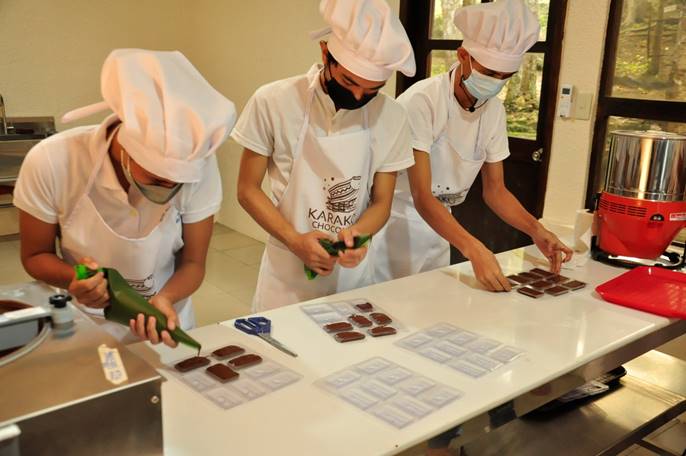