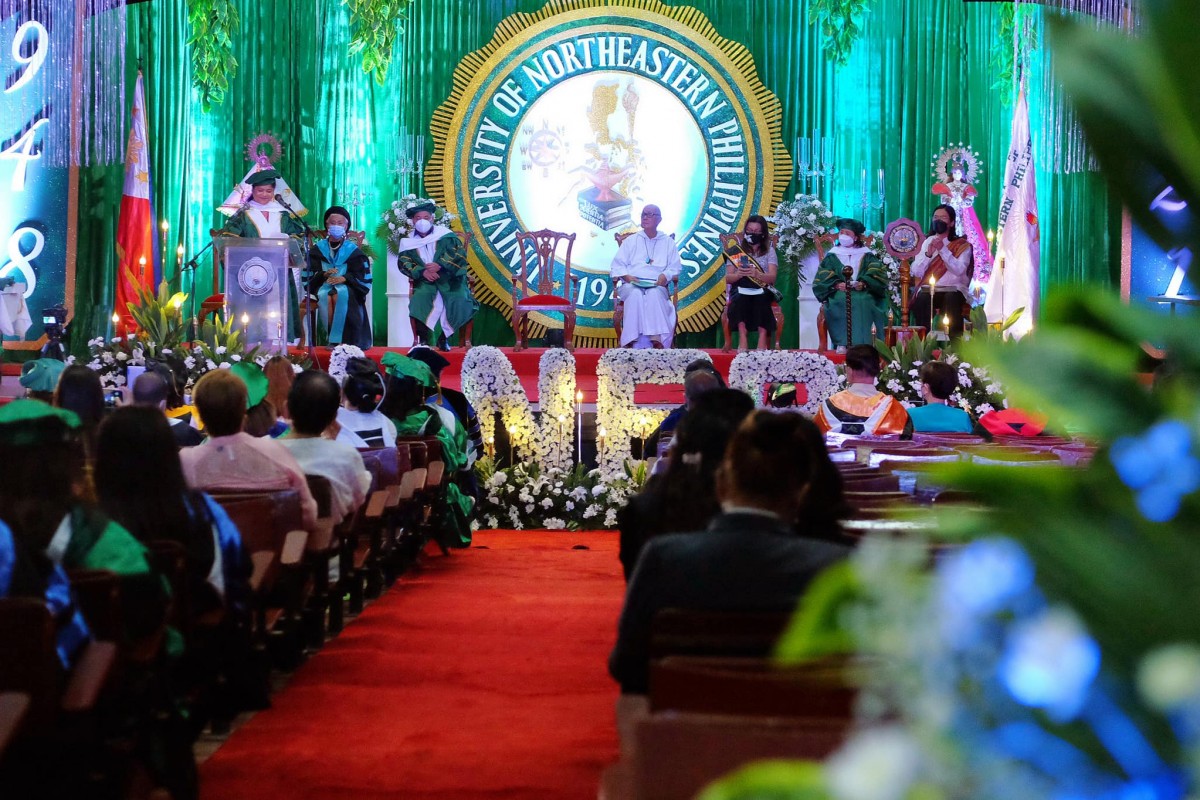 The pandemic has severely affected the cross-sector of society. It devastated some of the people's livelihood and the country's economy. But, there's always opportunity in every challenge and light behind dark clouds like the story of a missionary who dedicated his life to humanitarian causes despite the challenges brought by the COVID-19 pandemic.

He is Very Reverend Father Richard Ho Lung, the founder of the Missionaries of the Poor (MOP). He was recently conferred with the degree  Doctor of Humanities, honoris causa, by the University of Northeastern Philippines for his selfless service to humanity and service beyond borders.

Fr. Ho Lung is a Jamaican priest who came to the Philippines two years ago to visit the MOP office in Naga City and to personally assess the situations of the mission's beneficiaries. But due to the travel restrictions caused by the COVID-19, he ended up staying in the city longer than expected. 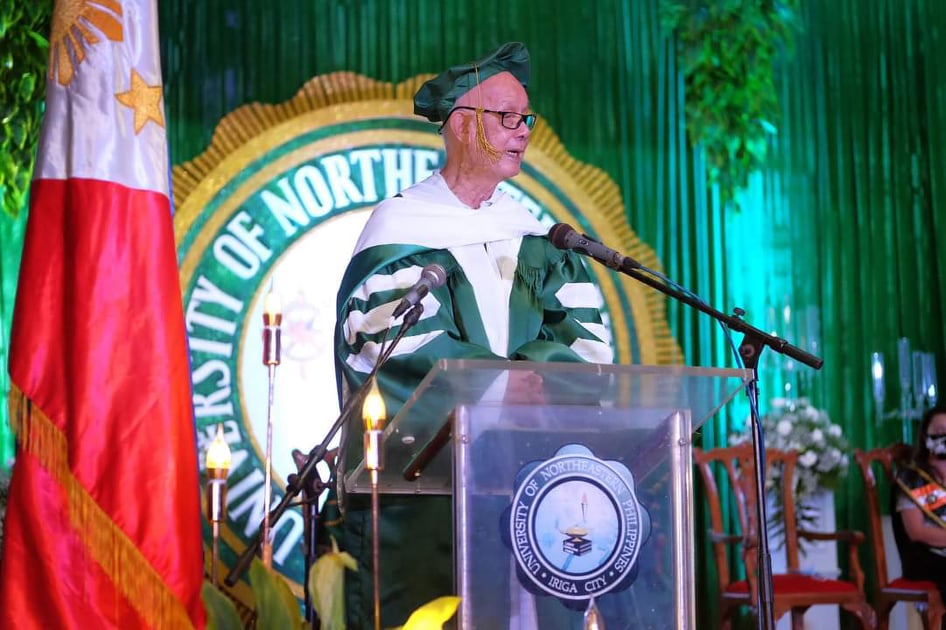 He did not waste his time. He further strengthened the apostolic work of the organization’s mission by feeding the hungry, providing shelters to the homeless, opening doors to the abandoned, caring for the sick, and embracing those who seek love and compassion.

His humility, devotion, and dedication in serving the poor are inspired by Jesus Christ’s example and journey. In the short period of his stay in Naga City, he touched the hearts of many and was able to inspire others to be benefactors, who too, want to share the same journey with him. 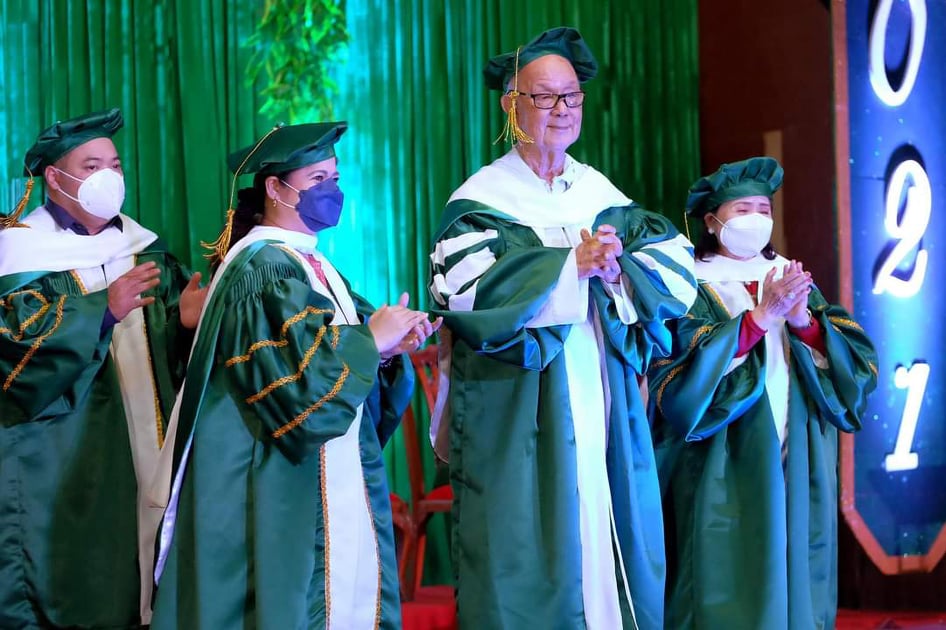 On September 16, UNEP President Atty. Remelisa G.A. Moraleda endorsed to the Commission on Higher Education the conferment of the degree to Fr. Ho Lung as recognition of his achievements in humanities, productive advocacies and philanthropic works.

UNEP Executive Vice President and VP for Finance Delicia A. Tibi said, during the conferment exercises, that they saw the commendable and exemplary deeds of the priest which are worthy of recognition.

The priest was born to a poor family in Jamaica. He was educated by the Franciscan sisters in Kingston and the Jesuits at St. George’s College.

After completing his studies, he joined the Society of Jesus and was ordained to the priesthood on July 1971.

Searching for a more meaningful life, he ended up founding the Missionaries of the Poor in various parts of the world. The foundation is a Roman Catholic monastic religious institute.

With his humanitarian journey and achievements, he already received countless international recognitions.  Some of his invaluable awards include the 1982 Guinness Stout Effort Award in 1982; Outstanding Community Work from the Jamaica Chamber of Commerce in 1984; Humanitarian Award from the Chinese Culture Association in 1988; Plaque of Apostolic Blessing from the Holy Father in 1997, and Hall of Fame for Excellence awards from the Caribbean Development for the Arts and Culture Foundation in 1999, among others.

He was also a recipient of the 2008 International Humanitarian Award for Leadership in serving the poor and instilling hope for so many Jamaicans given by the American Friends of Jamaica in 2008; Order of Jamaica for outstanding service to the religion and care of the poor given by the Jamaican government in 2008, and similar awards from various international organizations over the past decade.

“Let us continue to live like Jesus Christ, who helped the poor, the abandoned, and the needy. Let us never lose hope in the goodness of every human being and let us have a joyful service with Christ on the Cross to serve the poorest of the poor," he said.

The countless awards that Fr. Ho Lung received were clear manifestations of his endearing love and compassion for the poor and the needy. (Ana-Liza Macatangay/PIA5 Camarines Sur) 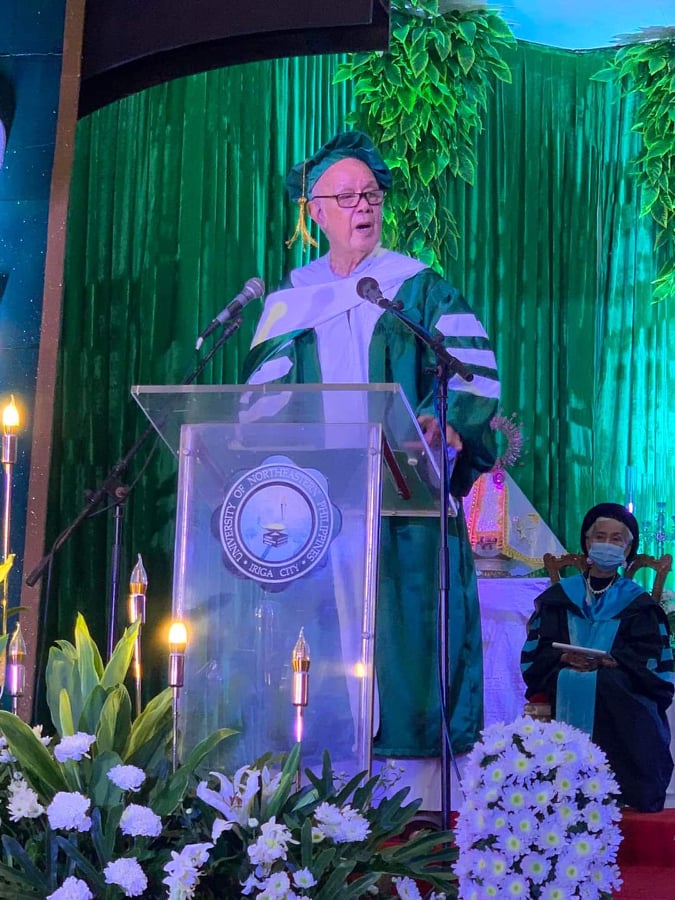