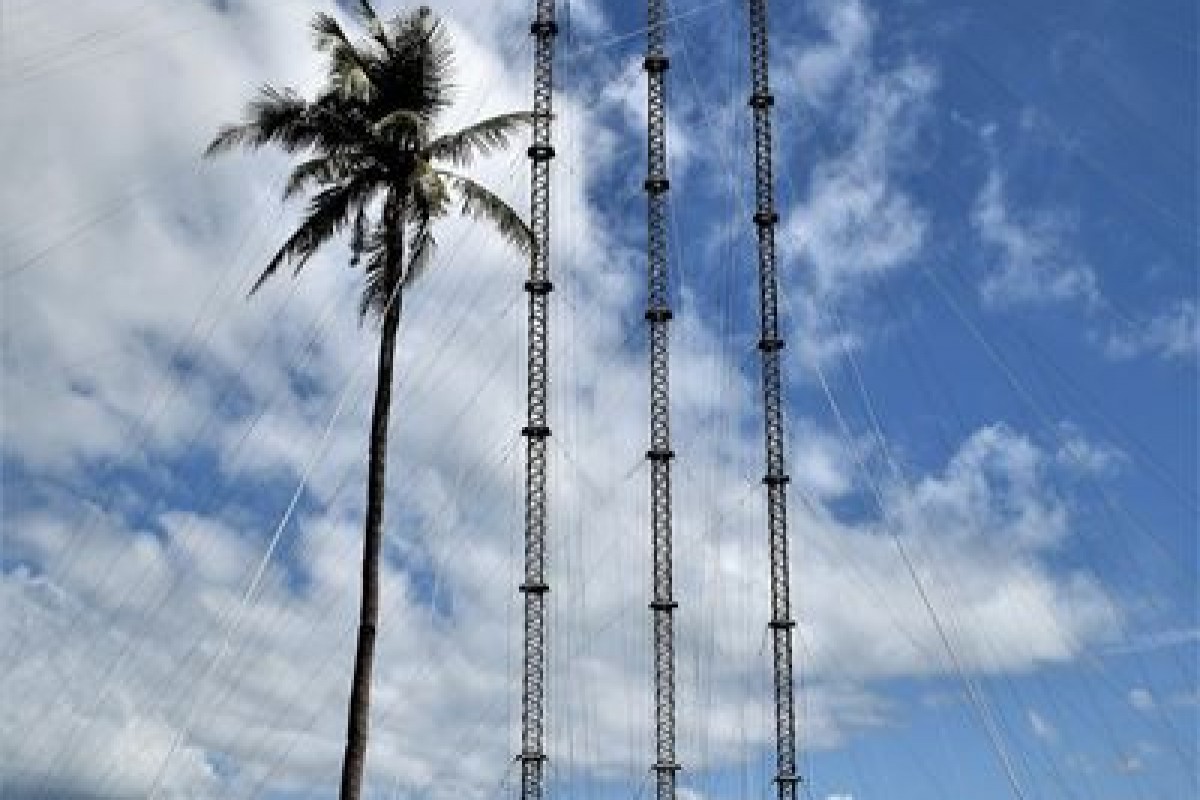 The National Grid Corporation of the Philippines (NGCP) has achieved what many thought was impossible in bringing back more affordable power source to Bohol in record time, despite the impending fabrication of two special transmission towers toppled by typhoon Odette.

The two special towers which now lay crumpled in the middle of ricefields in Popoo CPG and in Tapal Ubay were supposed to bring the power from Leyte to the submarine cables to Carlos P Garcia island where the line goes overhead to Ubay, a kilometer away across Basiao Channel. But the feat did not come without herculean challenges.

In its latest update, the national transmission company said they are working days and nights to bring Bohol back into the national grid on or before Feb. 15, something that is near impossible. This is because without the two special towers that span the kilometer-wide Basiao channel to Ubay where the Imelda Substation sits, the 128KV geothermal power stops in the island after getting past the submarine cables.

These two special towers, which span the channel, are so high it allows ships to sail below it, making them the tallest transmission towers in the country, according to NGCP Spokesperson Betty Martinez. 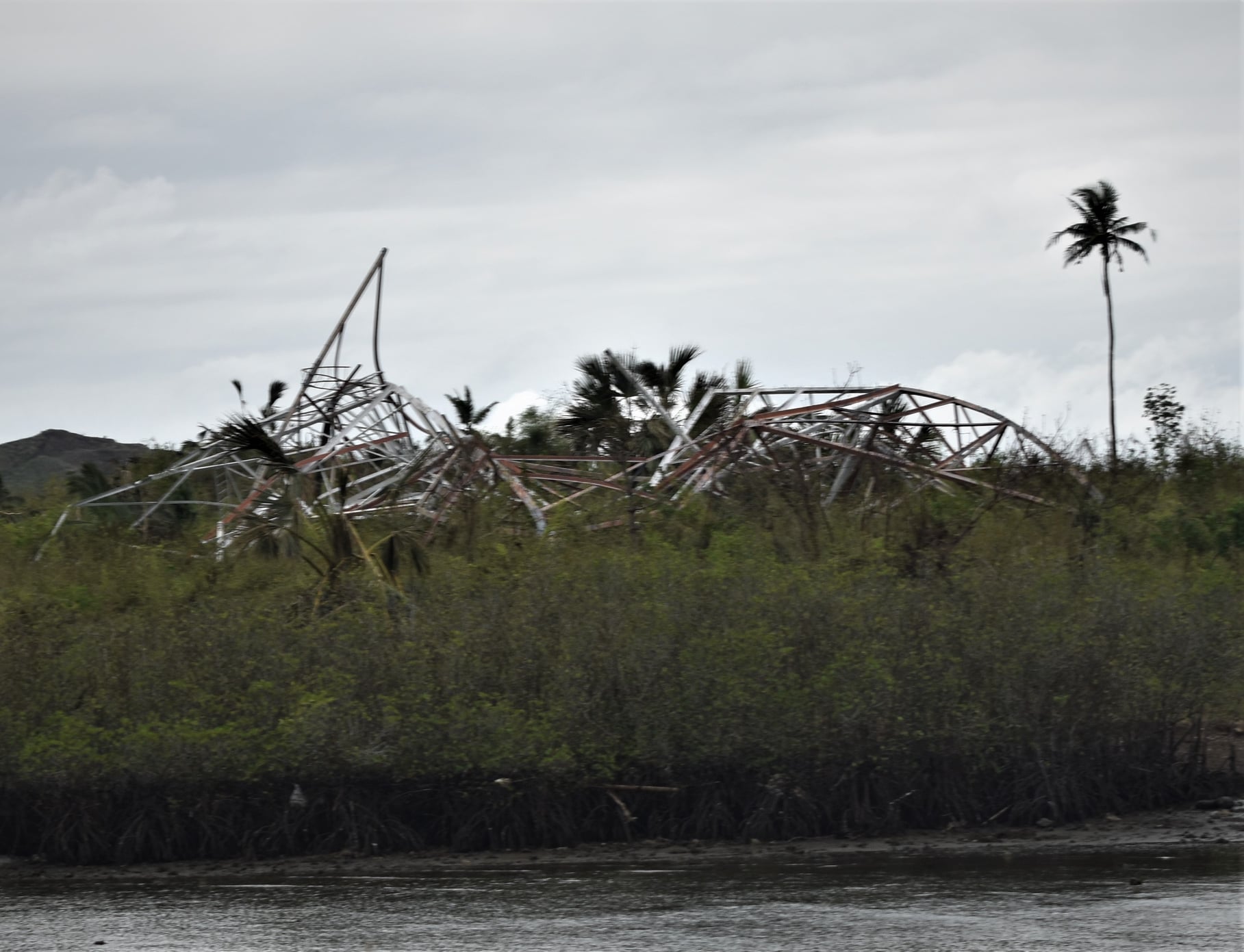 GIANT STEEL SCRUB. What came out of the two 200-meter special steel towers stringing the 128-KV power from Leyte is a mass of crumpled steel, courtesy of the almost 200-kilometer gusts of wind brought by typhon Odette on Dec. 16. (PIA Bohol)
Delete

The towers were designed to withstand 100-kilometer winds, but typhoon Odette’s gusts proved to be too much, crumpling the towers and making a steel wool out of them. The special towers, fabricated in Germany, have to be replaced, but with Basiao channel still a key nautical highway, stringing high tension wires above could be a huge risk of electrocution for the passing ships.

Ordering a fabricated new tower designed to withstand winds stronger than what typhoon Odette caused is NGCP’s long term plan, but the company knows Bohol can not wait for that to happen.

The NGCP’s Emergency Restoration System (ERS) towers come to the rescue in the meantime. Although widely used when the typhoon Yolanda damaged transmission towers in Leyte in 2013, the ERS modular steel towers that can replace the fallen transmission towers are not as tall, certainly not enough to string the kilometer-long cables from Popoo in CPG to Tapal in Ubay.

The NGCP emergency solution: stack these modular towers and strengthen them with dry wires or buntings, enough to hold the weight of the cables and high enough for ships to pass below. 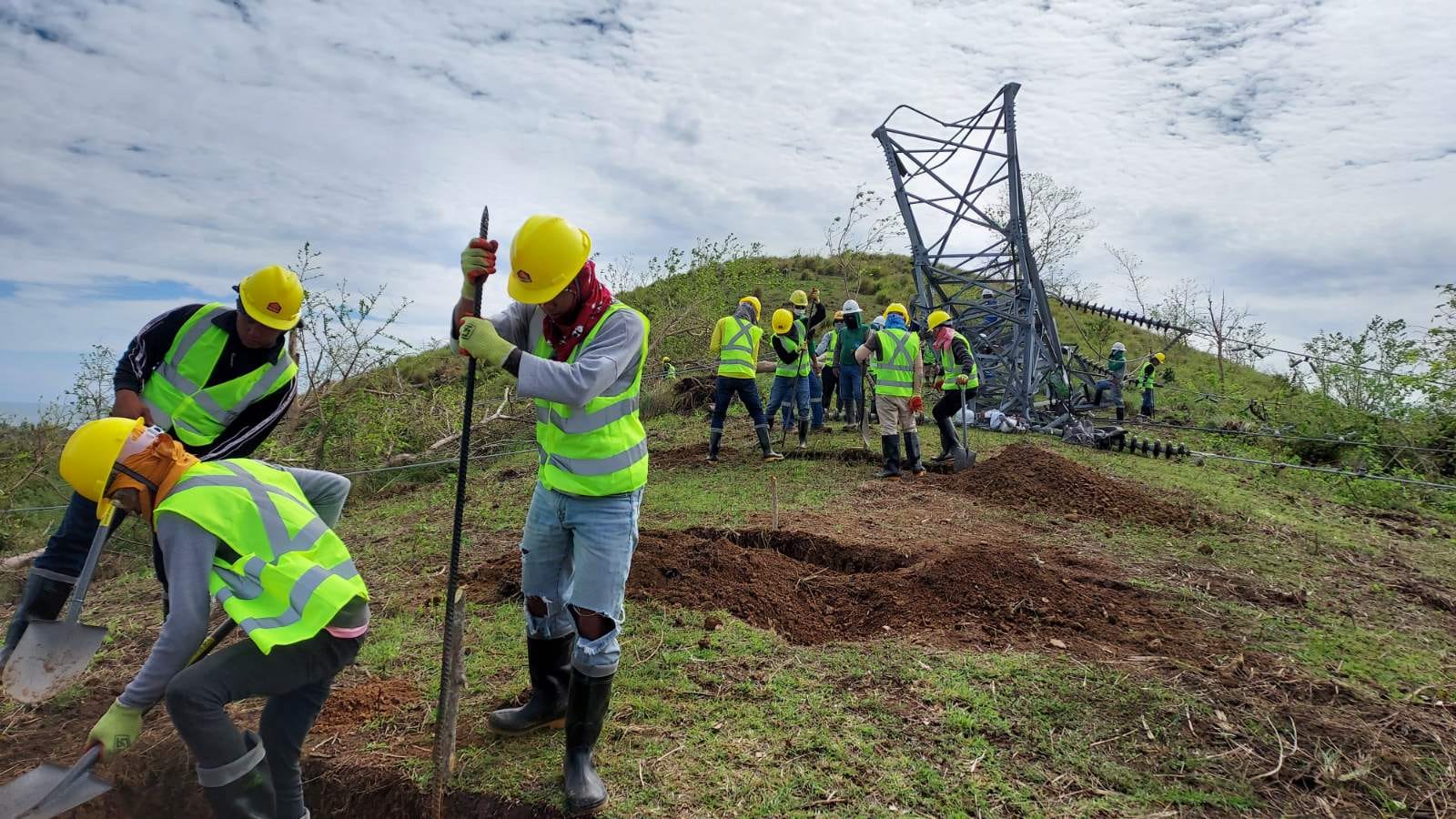 DIGGING THE ERS FOUNDATIONS. With the ERS to receive tons of weight from the kilometer-long 128 KV wires, NGCP linemen have to dig manually to position them strong enough to withstand the physical and the electrical load that would come from energizing Bohol. (PIA Bohol)
Delete

The ERS, as an emergency tower, allows the NGCP to project the Feb. 15 target they said they could bring in from the Leyte power. But then transporting the modular steel structures to the site where they would be erected and considering the buntings for the tall emergency towers, this posed another problem: right of way negotiations.

In a Facebook post this week, Ubay sources said Mayor Constantino Reyes has flexed his diplomatic skills to help resolve the issue on the right of way. Reyes exercises power over the town and of its people. Without the immediate resolution, Bohol would again see a hitch that could push back the NGCP target.

The NGCP target, even when accomplished on the 15th instead of May, could be good for Bohol which is now already getting its power from expensive generation facilities. 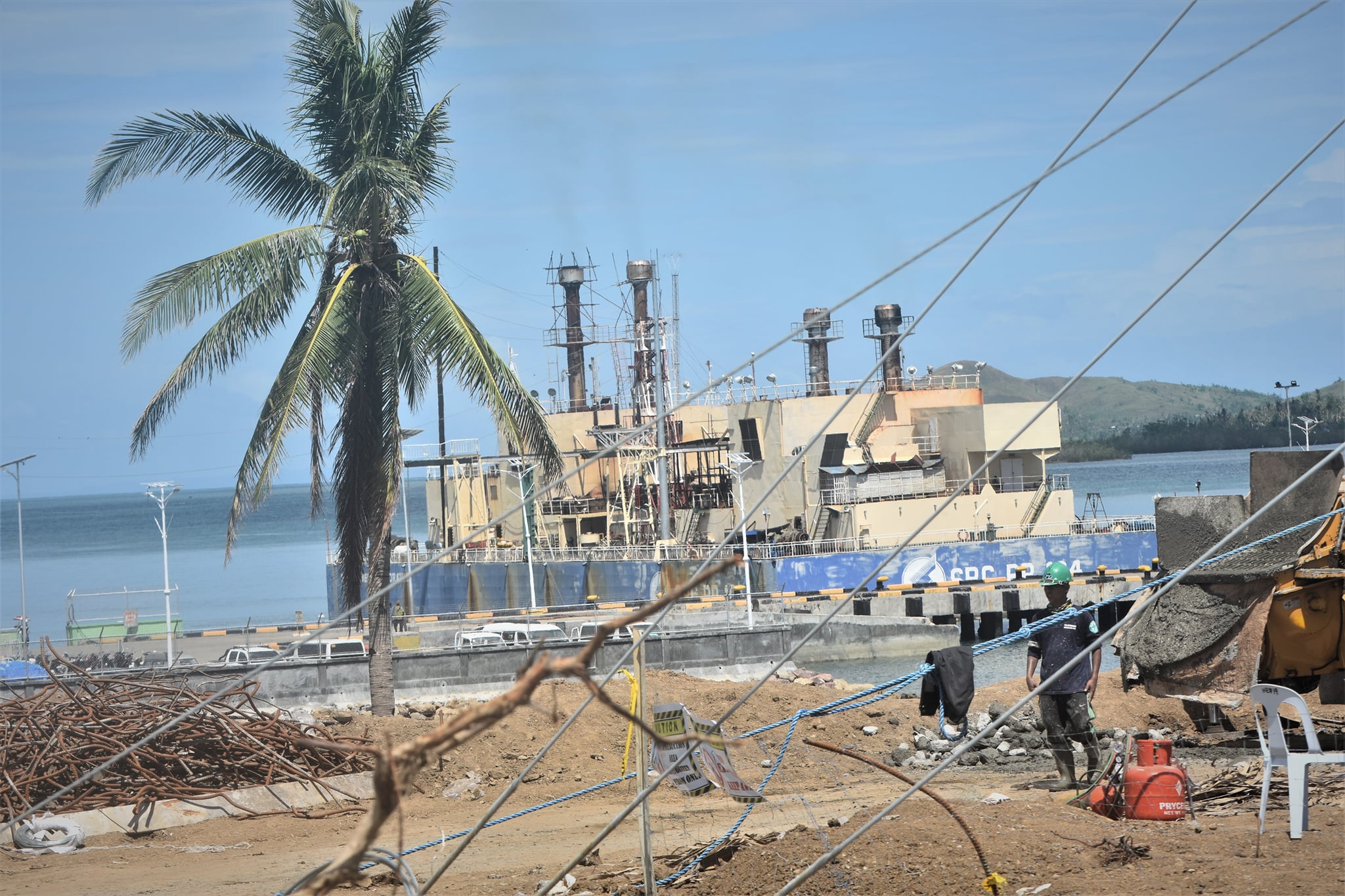 TEMPORARY SUPPLY. Salcon Power's Power barge 104, designed to deliver 32 MW of power can only deliver about 20 MW, but that is anough for a temporary power while Bohol awaits the restringing of the Leyte line. (PIABohol)
Delete

On Feb. 9 at 4:08 PM, NGCP announced that they have successfully reconnected Bohol to the Visayas Grid. With power from Leyte now available, the burden now shifts to the distribution utilities, which have yet to complete their pole replacement activities to deliver the available power to every Boholano home. (RAHC/PIA7 Bohol) 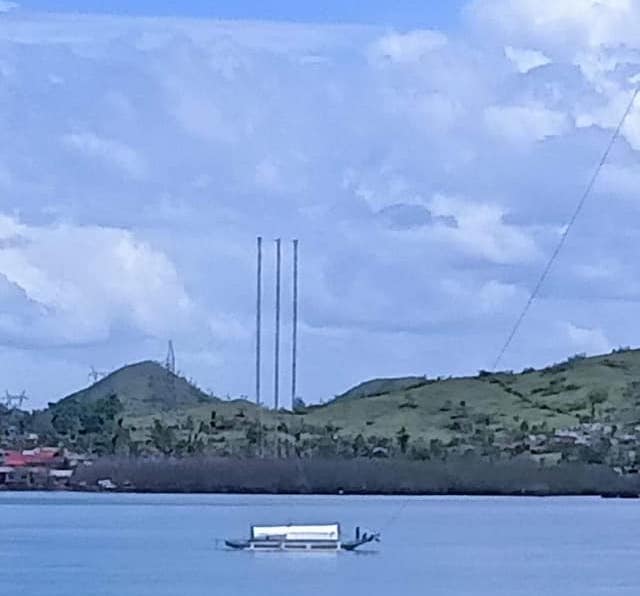