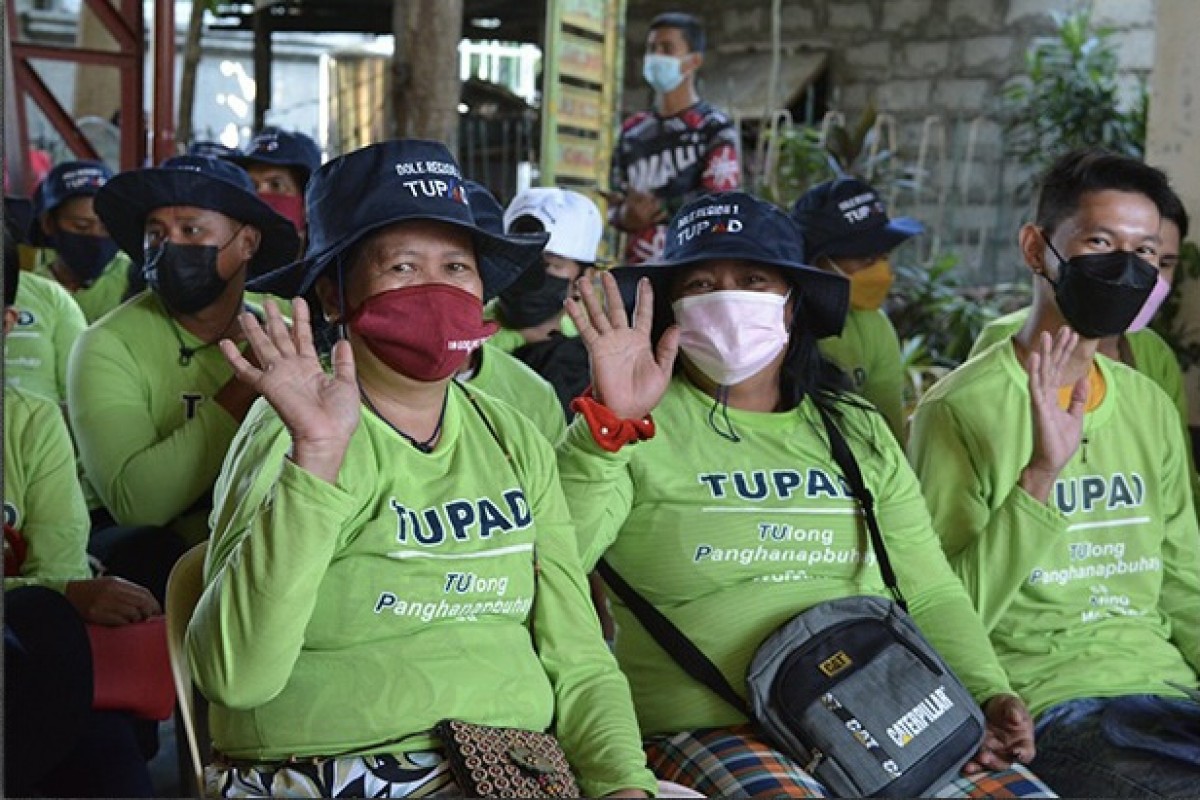 The year 2021 has indeed been a challenging year as the effects of the coronavirus disease 2019 (COVID-19) pandemic remained a threat that curtailed employment and livelihood in the region.

Yet, through its relevant programs and services, the Department of Labor and Employment-Regional Office 1 (DOLE RO1) remained steadfast in its commitment to promote and uphold employment recovery to aid workers – especially the displaced and disadvantaged – to rise up from the challenges.

In this respect, the DOLE’s flagship program on emergency employment was a shining light that illuminated the hopes and aspirations of workers and laborers amid the dark days.

The Tulong Panghanapbuhay sa Ating Displaced/Disadvantaged Workers (TUPAD) proved itself as a relevant and responsive government intervention that addresses socio-economic concerns in the communities.

Through emergency employment, the TUPAD program leveraged the labor of workers in the countryside, thereby allowing them to contribute in social recovery while earning a decent amount for themselves.

According to Labor Information Officer Justin Paul Marbella, the DOLE-RO1 has facilitated the emergency employment of a total of 145,414 TUPAD beneficiaries in the region for 2021.

Earning a daily wage of P340, these TUPAD workers rendered labor services for their communities, which spanned 10 to 15 days.

DOLE also provided them with personal protective equipment (PPEs) to protect them in their day’s work.

Likewise, they were enrolled in micro-insurance under the Government Service Insurance System (GSIS).


Over Half a Billion Pesos Disbursed

The DOLE-RO1 never wavered in its commitment to ensure efficient fund management.

DOLE-RO1 noted a massive increase of its TUPAD implementation in 2021 compared to 2020.

Ramos said, “It was indeed an overwhelming challenge for all of us, as the fund allocation for TUPAD grew exponentially. We had to recalibrate our strategies, rethink our ways, and strengthen our partnerships with our implementing partners.”

“But we knew all these aggressive shifts in our game plan were all worth it,” she said.

“At the end of the day, we were able to reach out to more beneficiaries, and the #SerbisyongTUPAD has become more relevant and meaningful as ever,” Ramos added, as she expressed hope that this program shall continue to become a beacon to cast glimmers of hope for every single worker in the region.  (JCR/AMB/PIA Pangasinan)