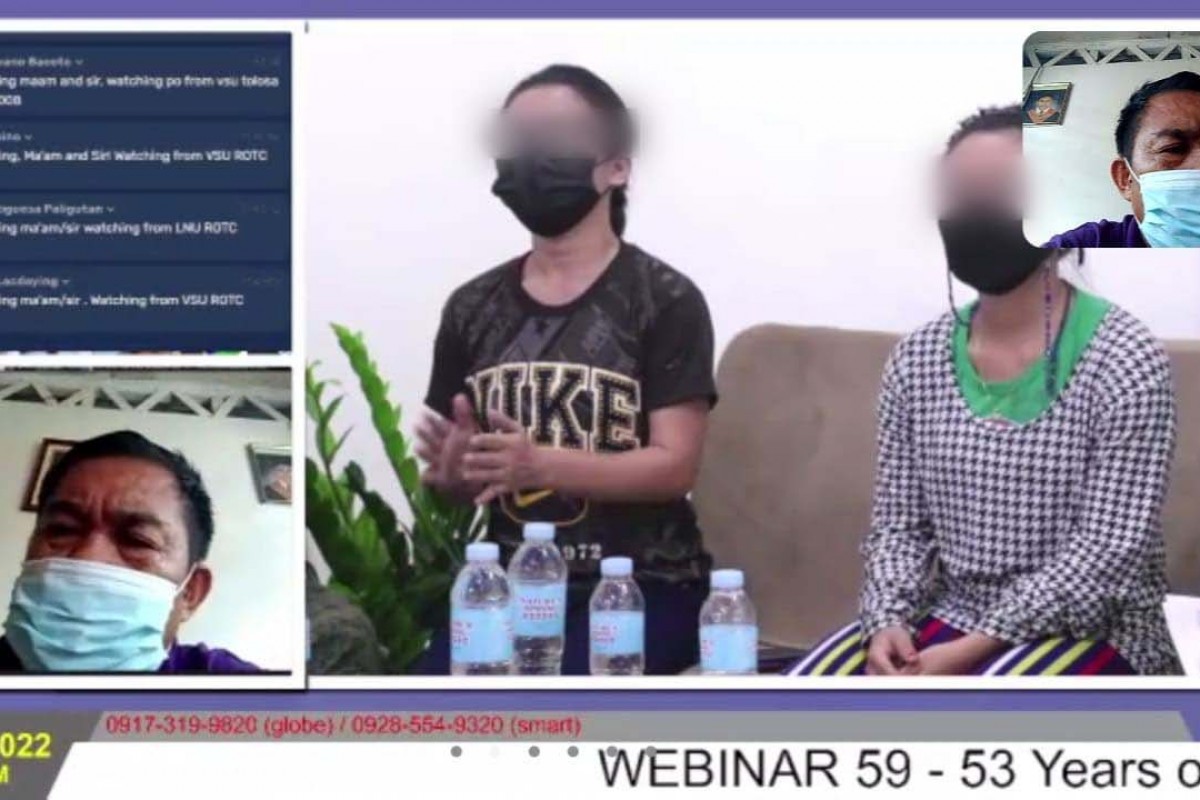 An entire family joined the underground movement of the New People’s Army (NPA) lured by the promise that one of the daughters will be sent to school to become a teacher, but it was a painful experience all the way, not a shadow of any school.

Worse, one of the two was raped, left alone while having the child in her womb, and with the help of her sister managed to give birth properly in a hospital, yet went back to the mountains on the constant prodding of their fellows.

Luckily, through the convergent efforts of the Regional Task Force to End Local Communist Armed Conflict (RTF-ELCAC), the mother and two daughters were able to get back to the folds of the law, sharing their sad tales during the zoom webinar organized by the 802nd Infantry Brigade, Philippine Army, on Tuesday, March 29.

But the father and two brothers are still out there, at large, even as continuing efforts are underway to get them back, to complete a family destroyed by the senseless claws of the insurgents.

“We are always on the run, day and night, we sleep on hammocks, and what little food we had is shared,” Ruffa recalled.

Her sister, Realyn, was in tears as she recounted what had happened to her, crying heavily as she narrated those moments when her person was violated against her will by their commander at a tender age of 14.

Their message was clear and simple, but deep: Never be deceived by the NPAs’ recruitment talks, and their testimony was convincing proof, indeed, of a harsh underground life.

The online webinar on the atrocities of the NPA coincided with the 53rd anniversary of the outlawed organization.

Capt. Kaharudin Cadil, civil military operations officer of the 802nd Brigade, disclosed that various cases were already filed in court against those responsible in perpetrating the crimes committed, such as recruitment of minors and murder, among others.

He said there was already a standing warrant of arrest against Paterno Opo, suspect in the rape case against Realyn. (LDL/MMP/PIA8-Southern Leyte)