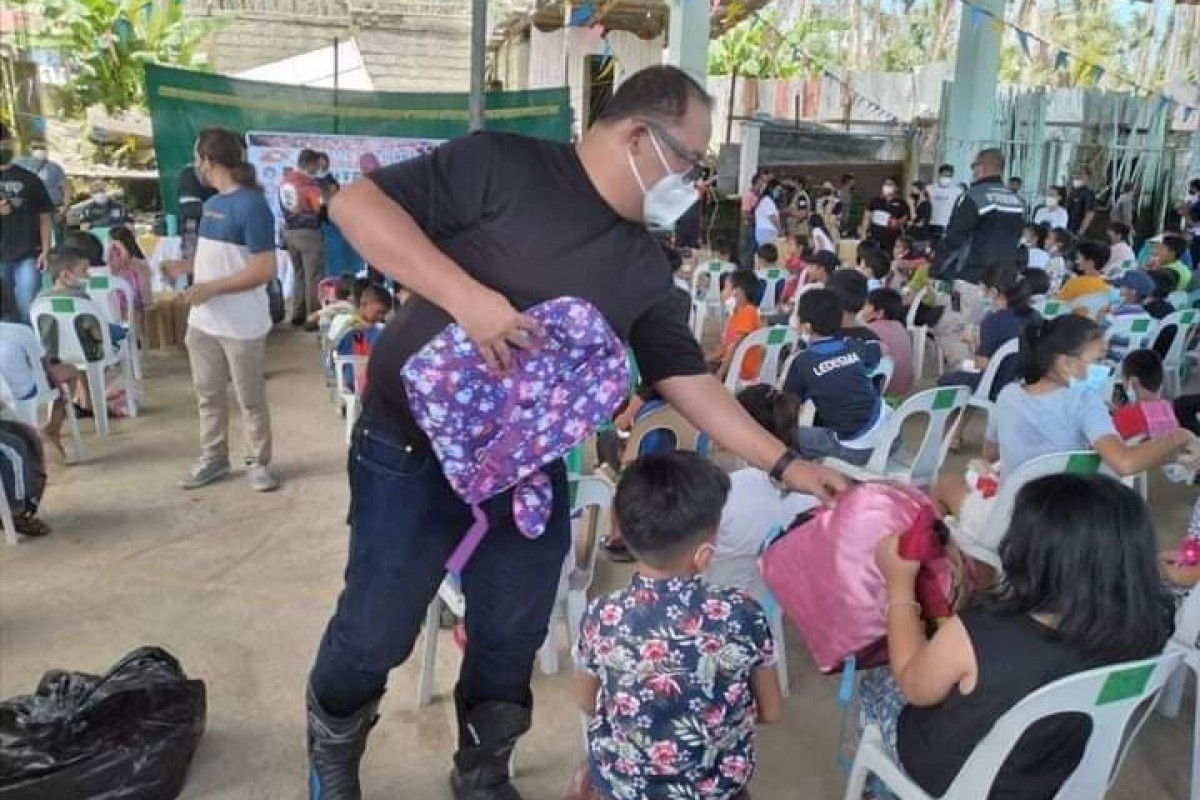 About three hundred children from three barangays in this municipality over the weekend enjoyed packed meals and snacks in a feeding program organized by various public and private organizations around the region.

Aside from the free meals, the children with ages ranging from 6 to 12 years old from barangays Inolinan, San Antonio, and Cabutan, all of this town, also received toys, bags containing school supplies, and watched with delight a magic show.

The entertaining performance was part of the psychosocial support, an effort to erase the traumatic memories children harbor after Typhoon Odette through wholesome fun, the visiting emcee explained.

The activity, held at barangay San Antonio gym,  was called “Children Caravan, United in Sharing Love,” and the participating agencies were the OCD, DSWD, TESDA, PNP-HPG, and the Philippine Army, while from the private sector, they included the JCI, Masons, and around 50 big bike riders from all over the region.

Roy Salinas, San Ricardo mayor, expressed heartfelt thanks to the many donors of material assistance as well as the entertainment brought by the magical presentation, and all those who came to his place on a Sunday, members of government and non-government organizations.

In the afternoon of the same day, another 360 children coming from four barangays of Bontoc were treated with a similar experience with their San Ricardo counterparts, and everyone was happy as shown by their smiling faces.

Asked how come the two towns and seven barangays were singled out for the outreach program, one of the organizers explained that based on their study and assessment the said LGUs had been underserved by the many assistance following the December storm.  (LDL/MMP/PIA8-Southern Leyte)