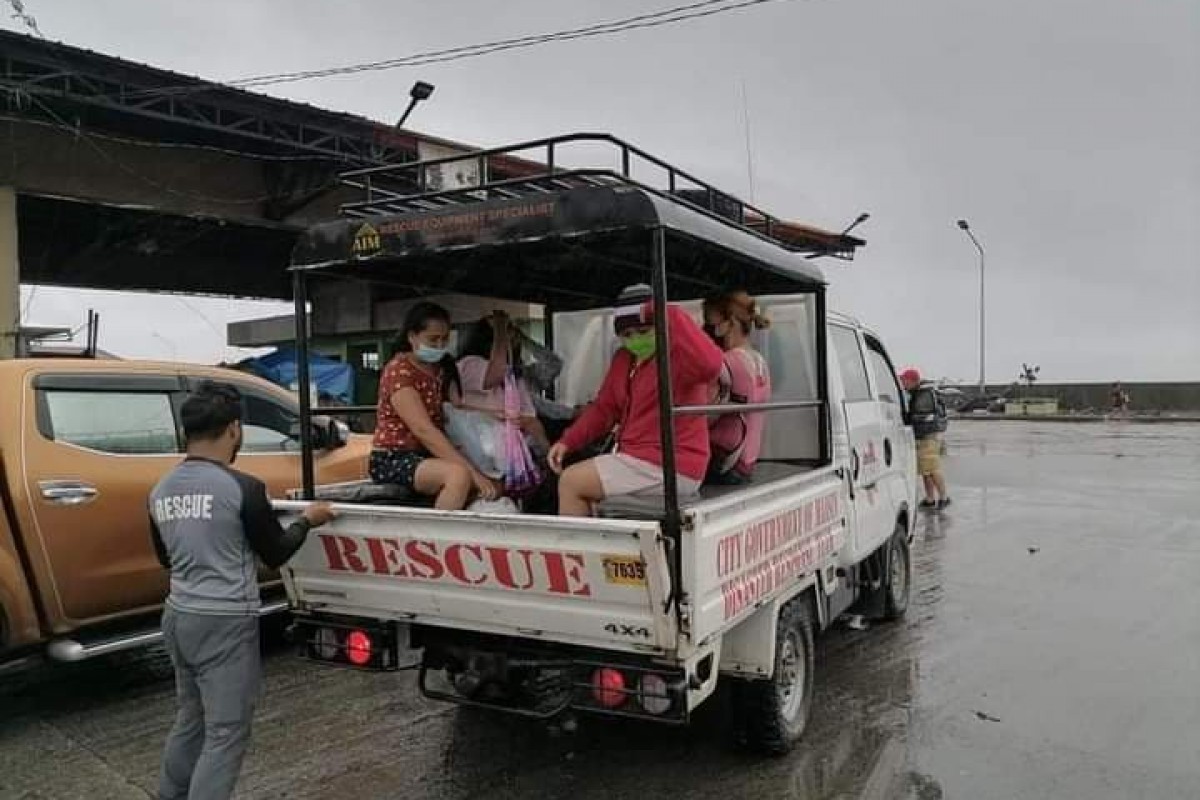 Acting on a distress call, the local government unit of Maasin City responded accordingly and, hours later, stranded Maasinhon residents at a barangay in the city of Baybay were on their way back, heading home, to their respective homes, actually.

City Mayor Nacional Mercado himself was the one who got the message for assistance, and so he lost no time dispatching a team right after receiving the plea, according to an account on social media posted by Lorena Acasio of the city’s information office.

The call came from four (4) individuals, from a place about 100 kilometers away from this city, requesting help for fear of being held in rising floodwaters and threat of landslide at the height of Tropical Storm Agaton, Sunday, April 11.

The four were teachers, female teachers, who were on their return trip from Tacloban, riding in a public utility van.

Nothing extraordinary there, except that the ordinary, common travel would pull to a mandatory stop in Brgy. Gaas, Baybay City, because the vehicle could no longer push through, recounted Raul “Cocoy” Inocando Jr., the city’s HR officer.

The time was 3 o'clock in the afternoon, Sunday, April 10, when Tropical Storm Agaton was meandering in the seawaters off Guiuan, almost stationary, pouring barrels upon barrels of rain with enough volume to turn highways into lakes, deep lakes.

Inocando, who was directly tasked by Mayor Mercado for the rescue operation, told PIA in a follow up interview that he maintained communication with the mentors which were literally stopped on their way by the force of nature.

And Inocando appealed not to counter the force of nature, too, suggesting to get them early by the next day, Monday, April 11, for it would be hard to go in a stormy, non-stop raining condition, with night time surely overtaking daylight while they will still be on the road.

Good that there was connectivity, or data signal, in the location where they had to pass the evening, which enabled the travelers to contact the LGU that afternoon in the first place.

At 6 a.m. Monday, April 11, Inocando kept his word and proceeded as agreed -- he was the one driving in one of the two vehicles, as drivers are badly needed in going around the city, checking damages.

It was still raining hard when they set out for the task, the incessant rains flooding some more highway sections of Baybay City, in Brgy. Hipusngo and at the diversion road, the waters high enough that low chassis cars got submerged, choked, but not the city’s two rescue units which waded through.

Imagine if it was dark, when they went ahead Sunday afternoon, Inocando thought, his decision to hold off action being vindicated.

The four teachers were already at the Baybay evacuation center that morning, waiting for the Inocando-led team, having been fetched earlier from Brgy. Gaas by Baybay rescue unit, so it was just a matter of letting them ride.

Their experience may be traumatic, or something to cherish, part of unforgettable memories, moments in their lives.

But for Inocando and his rescue team, it was all in a day’s work, an integral part of the hazards, the risks, and the challenges of the service, the job at hand. (LDL/MMP/PIA-Southern Leyte)