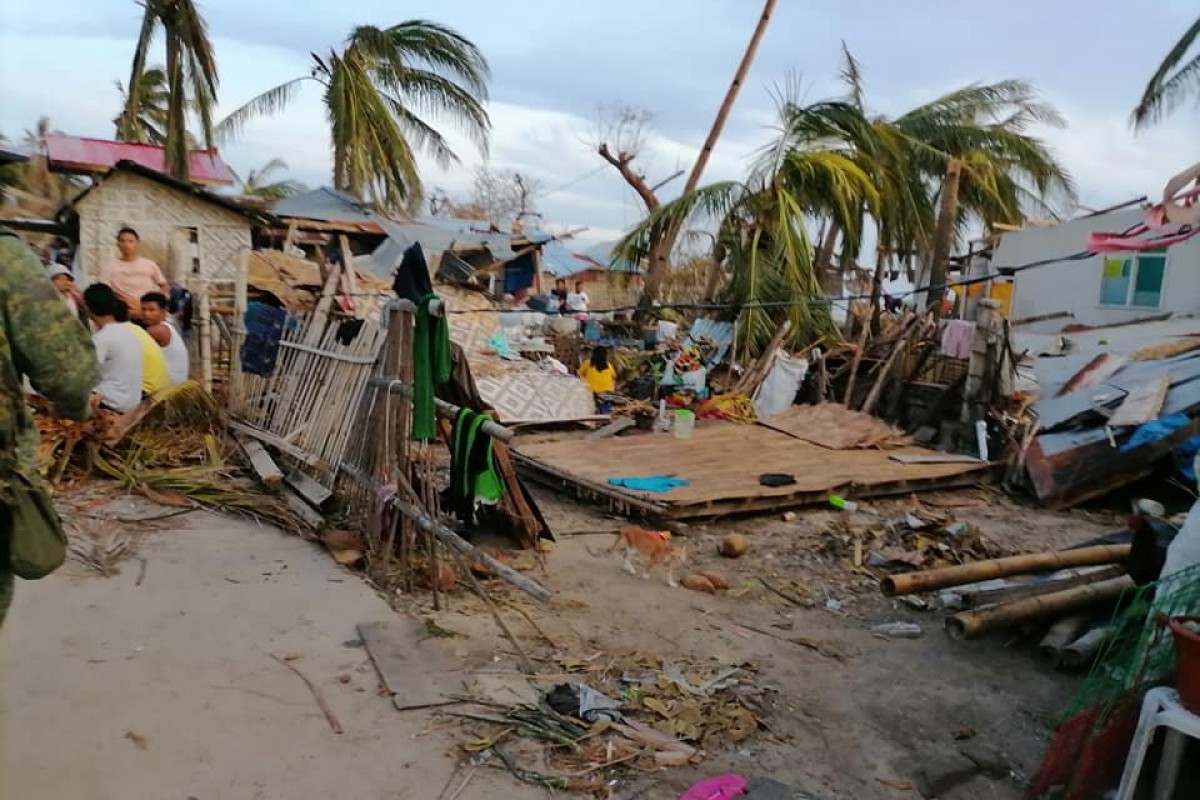 Twenty years of hard work, patience and slaving themselves to provide for their growing family, and building a house was what preoccupied Christopher and Nimfa Arcala of Calape, Bohol half of their lives.

Prior to a debilitating bout of arthritis and a blurring vision, Christopher, 56, earned a meager income as a construction worker, working odd jobs being a helper to becoming a rough carpenter when times demand for it. Now, suffering from an illness that keeps him from working, he has become another dependent, even as his kids are slowly becoming independent.

His wife, Nimfa, doubles as a housewife and a neighbourhood errand, doing odd jobs from cleaning yards to laundry. 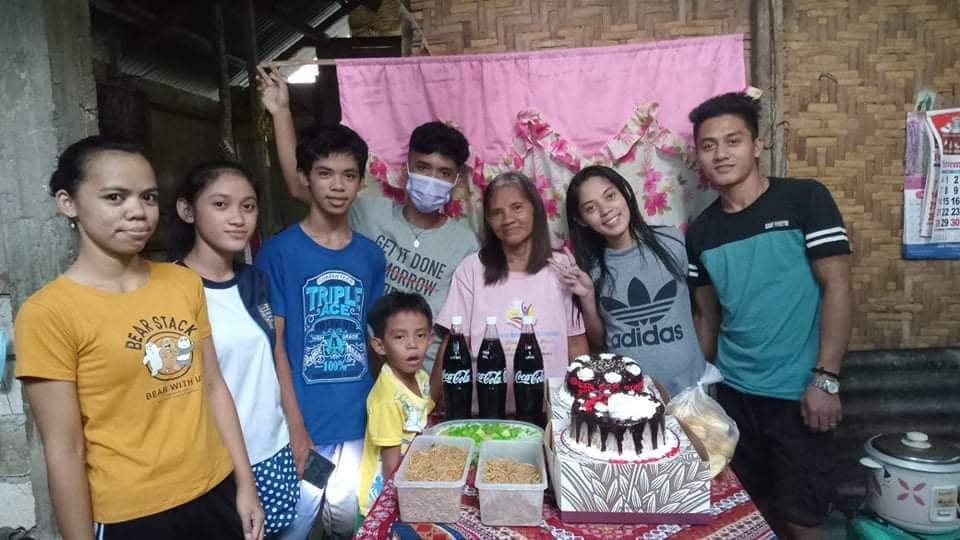 Ninfa and Christopher spent over 20 years slaving themselves to build this small house where they can live as a family. In one swoop of Typhoon Odette, this house is now reduced to tarpaulin roofs and walls. (PIA Bohol)
Delete

What is left of their daily wages, they pooled to buy sacks of cement or tin cans of river sand, a few hollow blocks every now and then and some lumber. Building a house for their kids was what Christopher dreamt of.

"It was hard, slaving yourself in hard work, often leaving the kids at home with their older siblings, if only we can provide for the food and whatever the growing kids need," Naomi shared.

For her husband Christopher, if only there were better options for getting their needs supplied, he would have gone for that. But then he has to do whatever he can, which is not much. 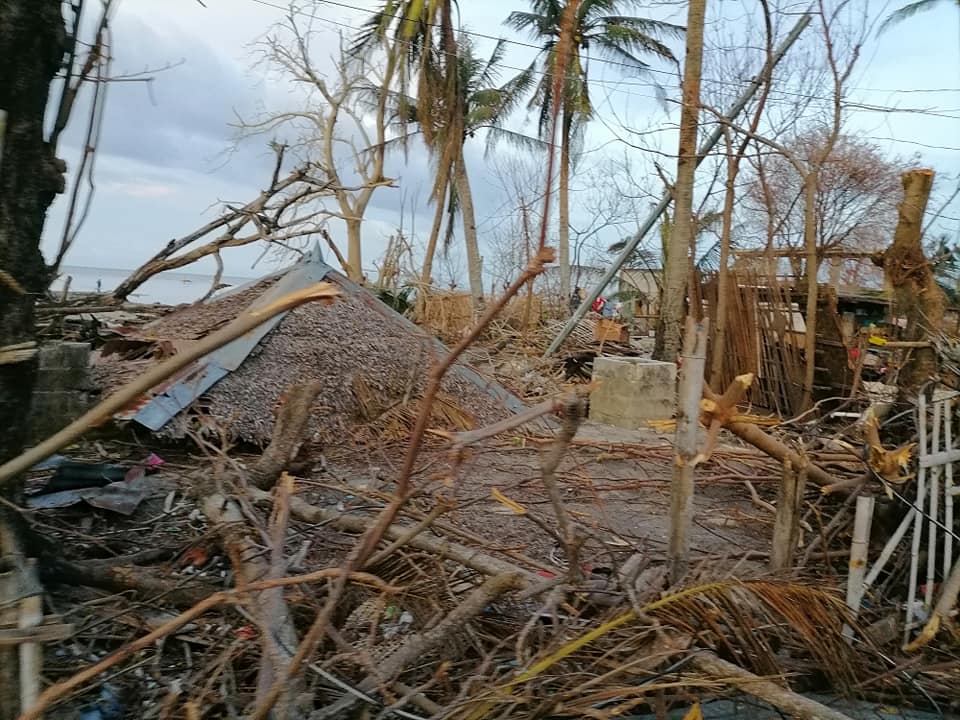 From trees to fallen houses and torn roofs, families scampered for safety and making sure to stay away from flying debris. (PIA Bohol)
Delete

The family bore kids, nurtured them through childhood, even as they also witnessed how their house grew from a flimsy quilt of light materials to one with hollow block walls and poured concrete floor. Like a classic Boholano house, the Arcala house, a few square meters fitting a small lot in Brgy. Santa Cruz, grew with yearly mini-renovations.

This year, it may be a wall finishing or a few tin sheets, a hollow block division to separate a room from another or a kitchen expansio -  small changes funded by the little savings the family spares. Then they were slowly able to put up the beginnings of the second floor, block after block, nail after painstaking nail years, and the house slowly took shape. 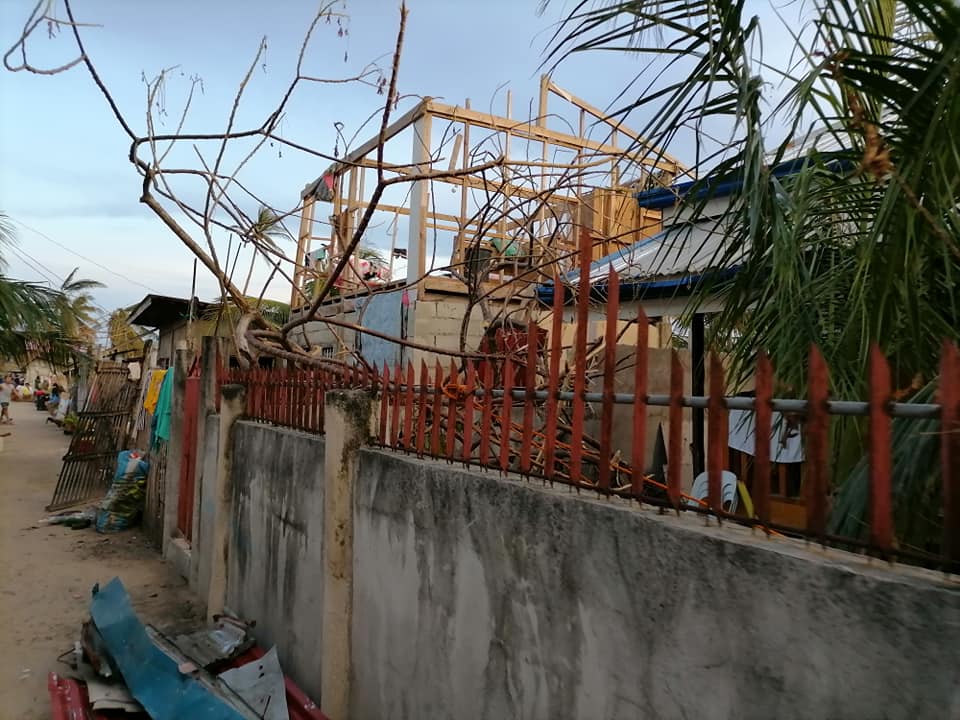 Until December 2021, when the family became united again for Christmas, that fate dealt the family a rotten card.

"My elder sister just had given birth, and everyone was excited. Another sister came home from Manila to celebrate Christmas with us. It was supposed to be a fun week until Odette came to ruin all that," said Lee Christopher, 17, and the family’s youngest child.

Since then, the Arcalas have stretched a blue insulated sack as a roof to what was their home. 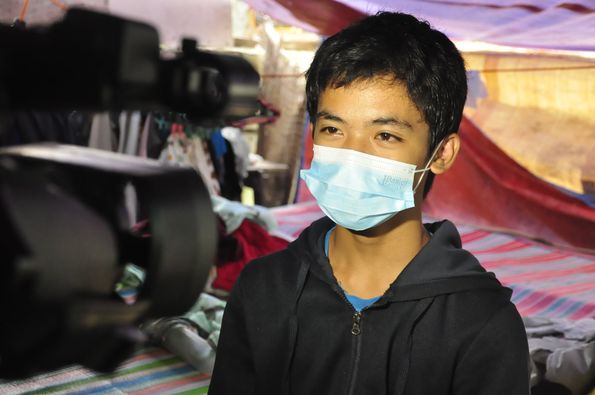 Being a high school student has restrained Lee Christopher Arcala from going all out to work and help rebuild his family's house. (PIA Bohol)
Delete

"That day, the local officials told us to go seek safe shelter. We went to a neigbor’s house to wait for the storm to pass. It was a sturdy house and we were with other families there," Nimfa said.

The said house was a few meters from their house, and at 10:00 PM, she saw that their house has lost its roof. By midnight, the whole second floor was blown off, the hollow block walls only hinting the presence of a house there.

The Arcalas were among the nearly 900 families who would totally lose their houses that night. 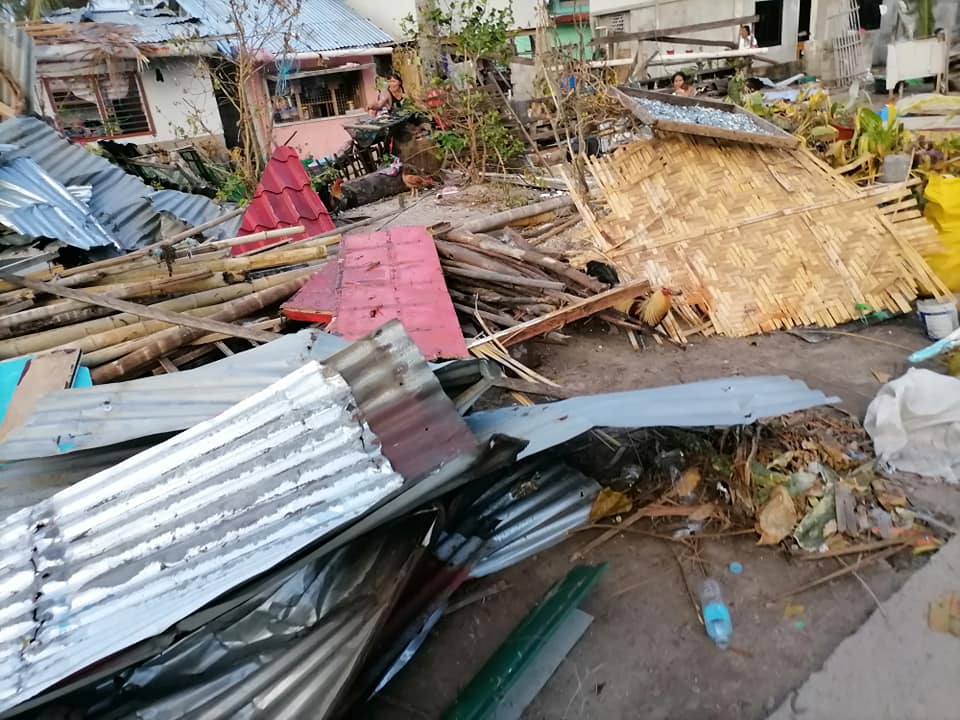 According to the Provincial Disaster and Risk Reduction Management Council, some 7,559 houses in Calape alone were also partially damaged that night. "What my parents saved for 20 years, was gone in three hours," Lee Christopher said.

Now, the kitchen is what has become the family’s living, dining, and bedroom in one, with the family stepping off a dripping tarpaulin when the rains would come. Losing their house and the savings their parents invested in the last two decades, Lee Christopher, now a junior high school student in town, wished he could help. 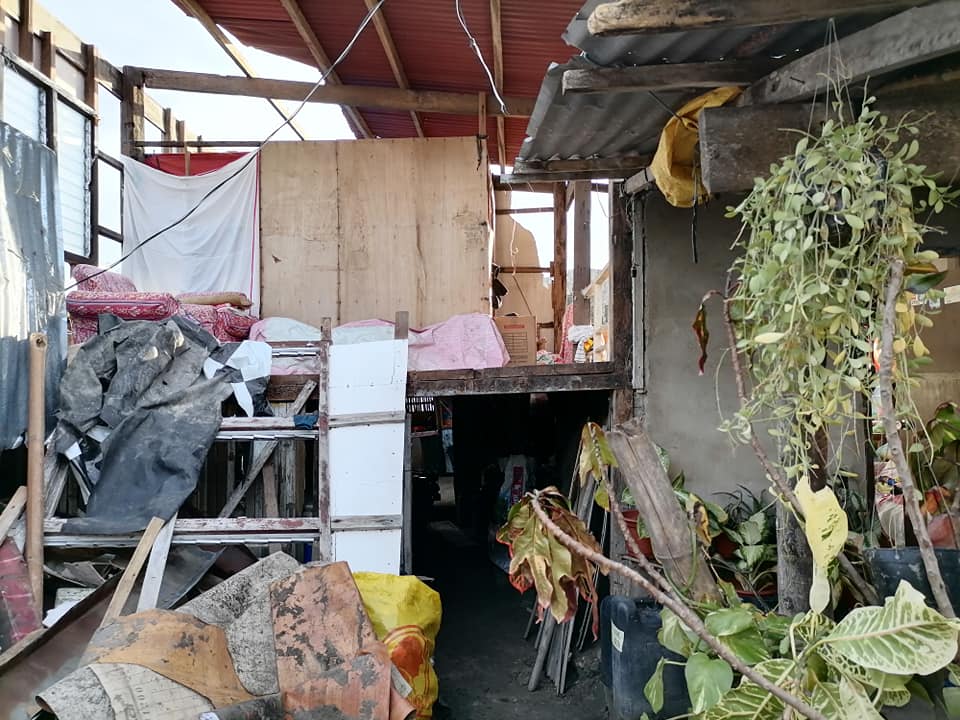 Families, in search of privacy, string blankets to make makeshift bedrooms, some of them without roofs. (PIA Bohol)
Delete

As with other families, the Arcalas received financial assistance from the government. However, this is barely enough to provide for their food now that the typhoon has also affected their parent’s livelihood. "I wish I could help, but then, how can I, a student still struggling to get through online class?" he asked.

In Bohol, over 200,000 houses have suffered the same fate as the Arcalas' house. According to the National Housing Authority, they have released P55 million in assistance to families that lost their homes during the storm. The sum was based on the reports submitted by the local government units, who validated the number of houses which were either totally or partially damaged by the typhoon. 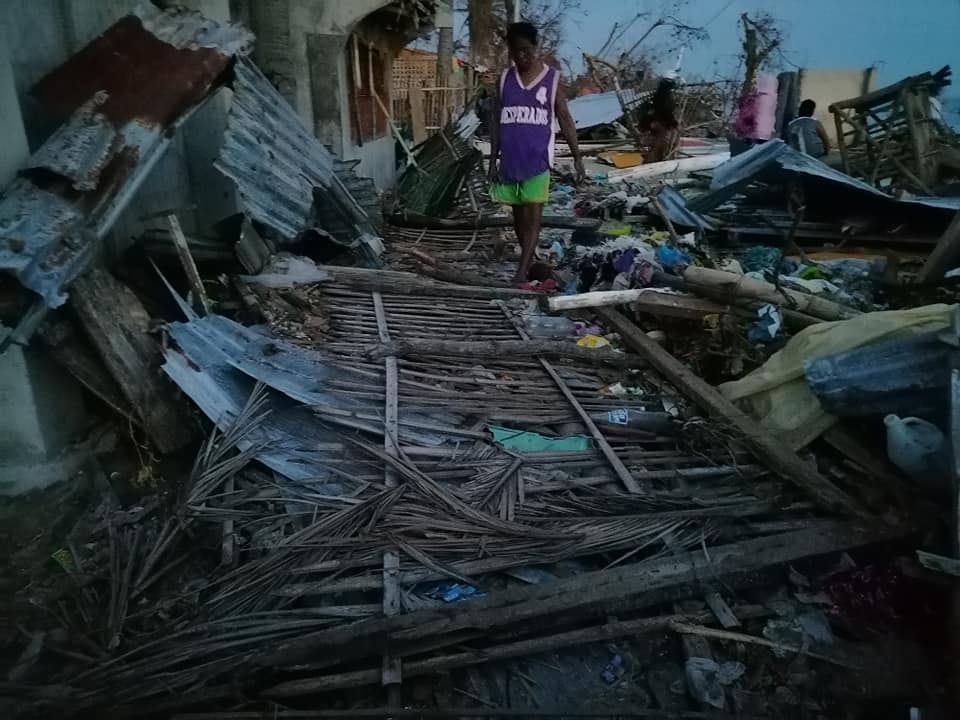 Boholanos in the outlying islands suffered the most from the brunt of the typhoon's wrath. (PIA Bohol)
Delete

For Lee Christopher and the thousands of Boholanos who have totally lost their homes on Dec. 16, they may have already sought ways to rebuild their lives. (RAHC/PIA7 Bohol) 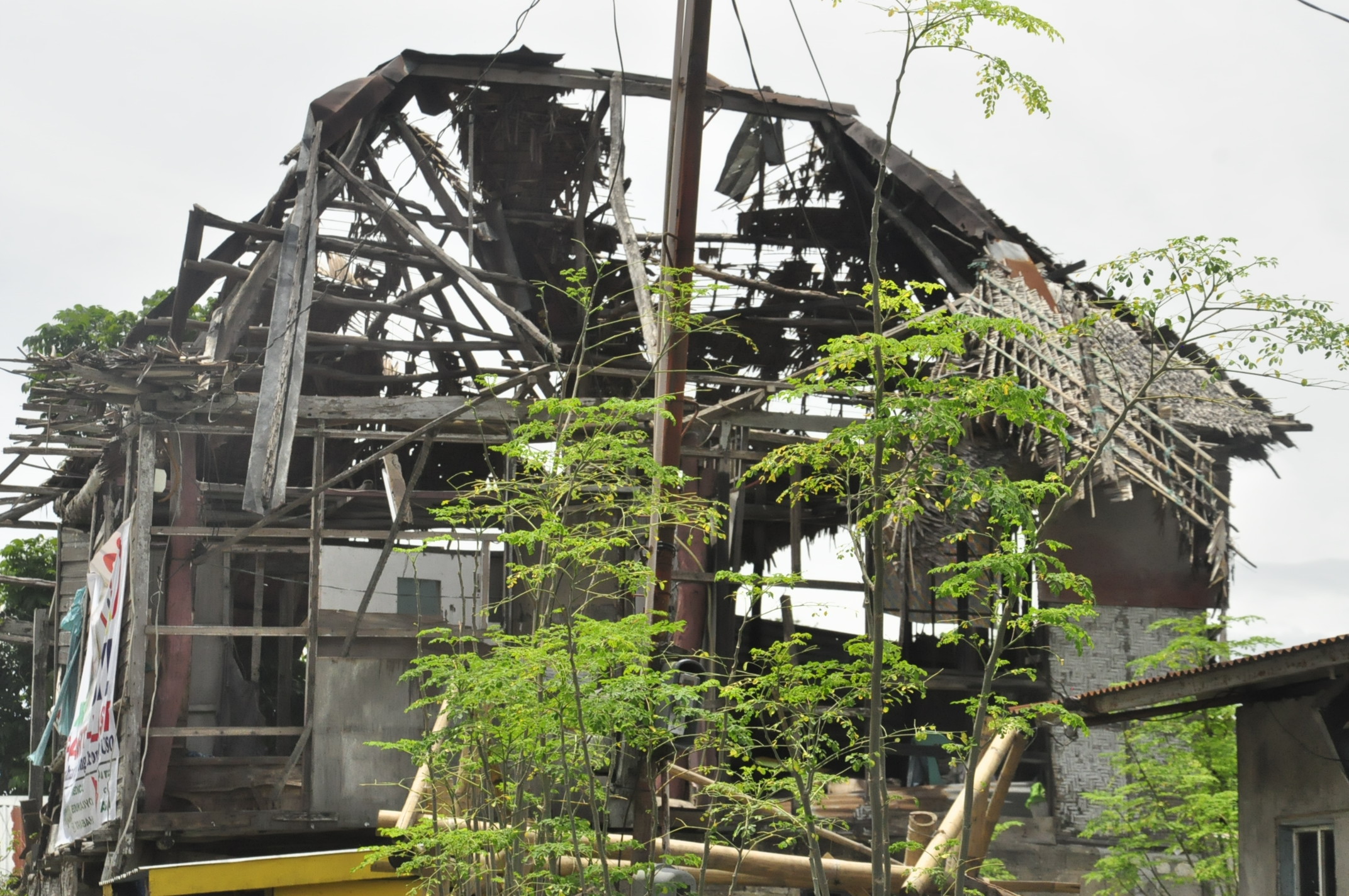 This cuatro aguas of a house may have survived decades of typhoons and earthquakes. But Typhoon Odette simply blew her shingles off. Ancestral houses now declared heritage sites were not spared. (PIA Bohol) 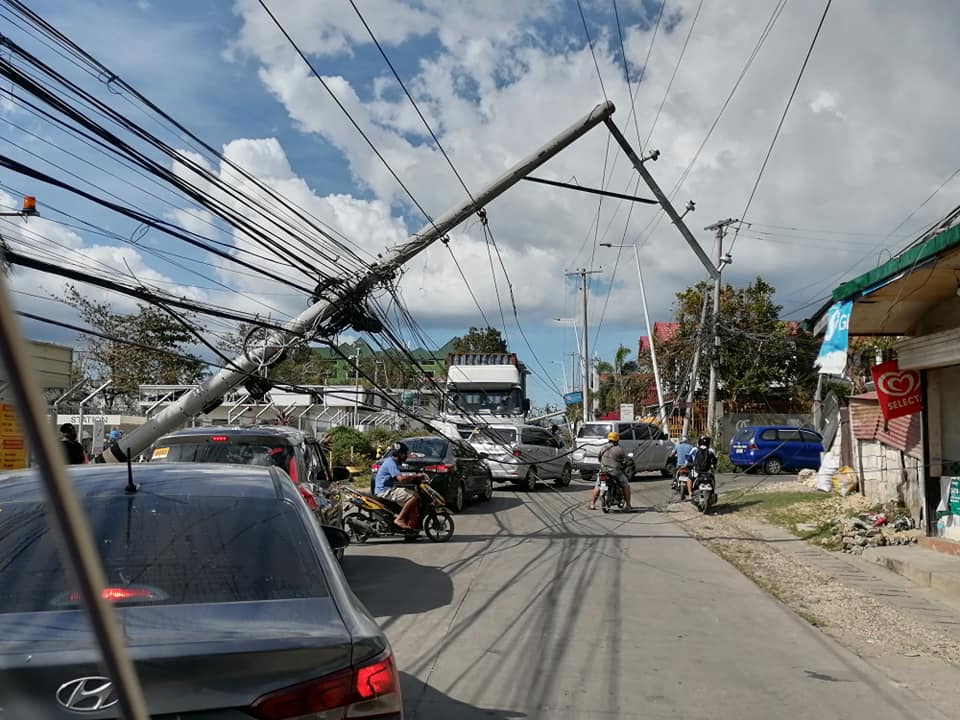