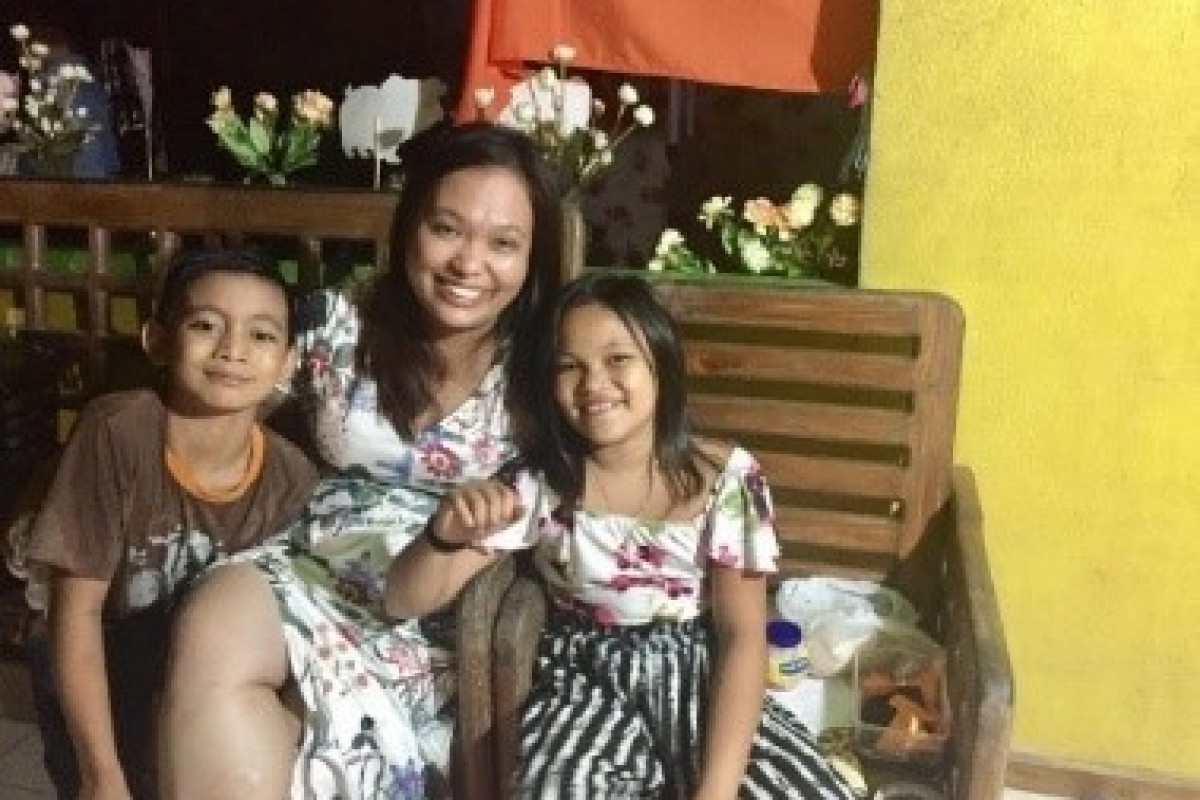 These four words are the most common endearment that people use in calling mothers. Simple words but have deep meaning and play a vital role in the family.

In the rural area of Esperanza, Agusan del Sur, there live a legendary woman that has a thriving, strong and independent persona.

Lea Marie L. Libres, a 33-year-old single mother of two children, prove that a woman is capable of any man’s job. Lea is a graduate of AB English and became an enumerator of the Department of Social Welfare and Development’s (DSWD) National Household Targeting System (NHTS) phases 1 and 2 enumeration, assigned in Cabadbaran City. She got pregnant out of wedlock in the year 2010 and gave birth to her first baby, Grant, and in the following year, gave birth to a baby girl, Jillea. She independently raised her children with pride and dignity without the presence of the children’s father.

In order to reach her dream to become a degree holder, she managed to work as Job Order Employee at the municipal government of Esperanza during the day, and studied college at night. Upon raising her two children without any support from their father, she suffered anxiety and depression, thinking about her and her children’s needs. But Lea realized that sitting around the corner will bring nothing to her. That’s why she engaged into different livelihood and sideline for additional income. She put up a small sari-sari store with her cousin. She’s also been to selling food, vending barbeque and balbacua every weekend. Indeed, her small business helped her to provide their basic needs.

After she graduated, she immediately started searching for a job, hoping for greener pastures, which landed her a job in DSWD. Luckily, she got hired as Social Welfare Assistant (CFA) in 2015, where she works until this present day. She is assigned in the Municipality of Sibagat, Agusan del Sur. She has made her legacy by providing quality service to the people and to the public.

When asked how tough it is to be a being a single mother, Lea replied, “Tough, dili nako ma feel jud, challenging hinoon ug blessings napud. Challenging siya in a way nga magsugod jud kas uno gikan sa pagbiya sa amoa sa ilang papa kay wala ni bisan piso. Walay sustento, so wala koy choice kundi maningkamot ug mangita ug diskarte para maprovide nako ang panginahanglon sa mga bata (I don’t see it as tough, I would rather say challenging, and a blessing. Challenging, since I have endured every bit of hardship since the father of my children left – we had no money then. I had no choice but to strive hard so that I can provide for my children’s needs).”

She also shared that she was about to give up because of discouragements that she received from other people. However, her determination and perseverance were bigger than her fear of being judged. Instead of worrying negative thoughts from others, she cleared up her mind and focused on her job and raising her children.

Truly, if one sets their minds to reach success, no storm can stop them from striving to reach their goals. And during modern times, stereotypes of a woman being judged as weak and vulnerable must be broken.

“Dili ka babae lang, babae ka (You are not just a woman, you are a woman)!” said Libres. (DSWD-Caraga/PIA-Agusan del Sur)