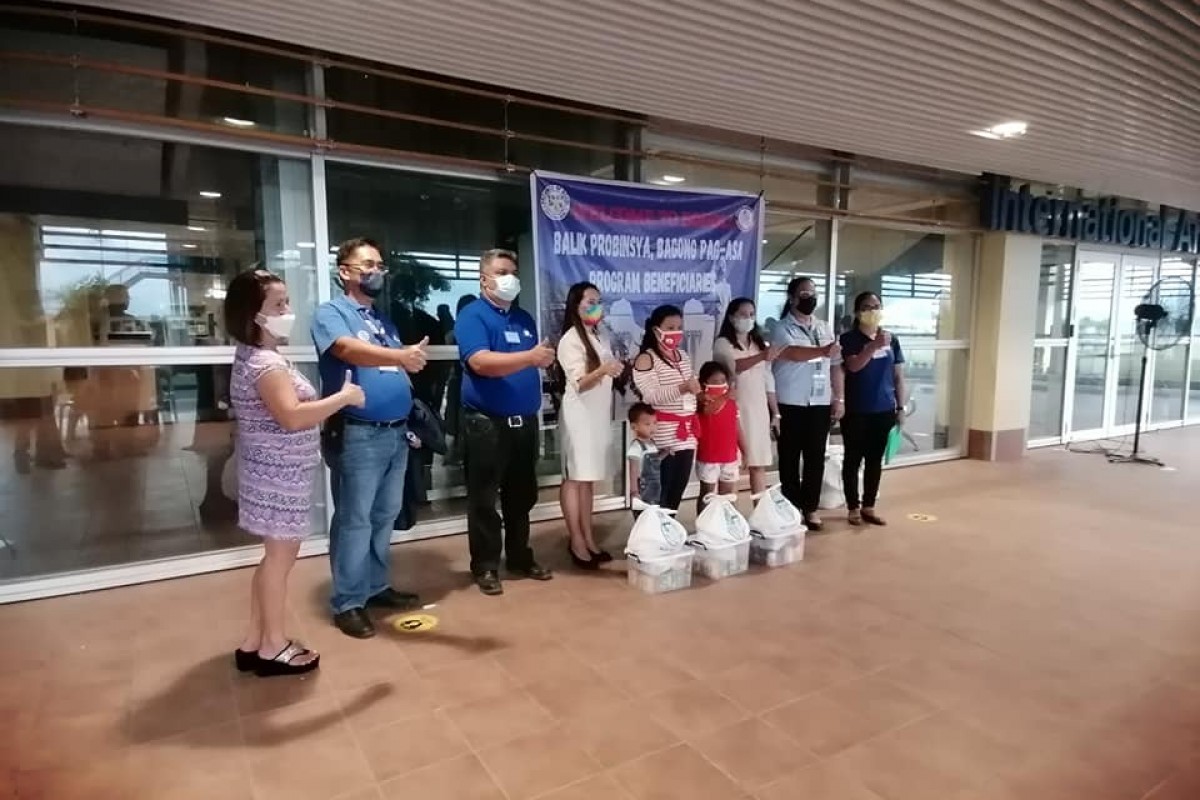 Rowena Mercoleta was a fresh high school graduate from a public secondary high school in Alicia, Bohol when she decided to gamble on her future. Having a farmer’s life for good was a scary prospect for her.

Home for Rowena is a hut atop a hill in Barangay Cambaol, some five kilometers of snaking dirt road leading to the foot of Mount Labawan. She desires to help her family, but the best she could do as a fresh Grade 7 graduate was to do housework. Either that or she has to stay in Sitio Binabaje, where her life would probably involve burning the invasive cogon grasses to clear a patch to the farm or be a low-paid store keeper at the city mall.

She knows life in a farm is laborious, and when it is tilling for somebody’s land, it doubles the burden. 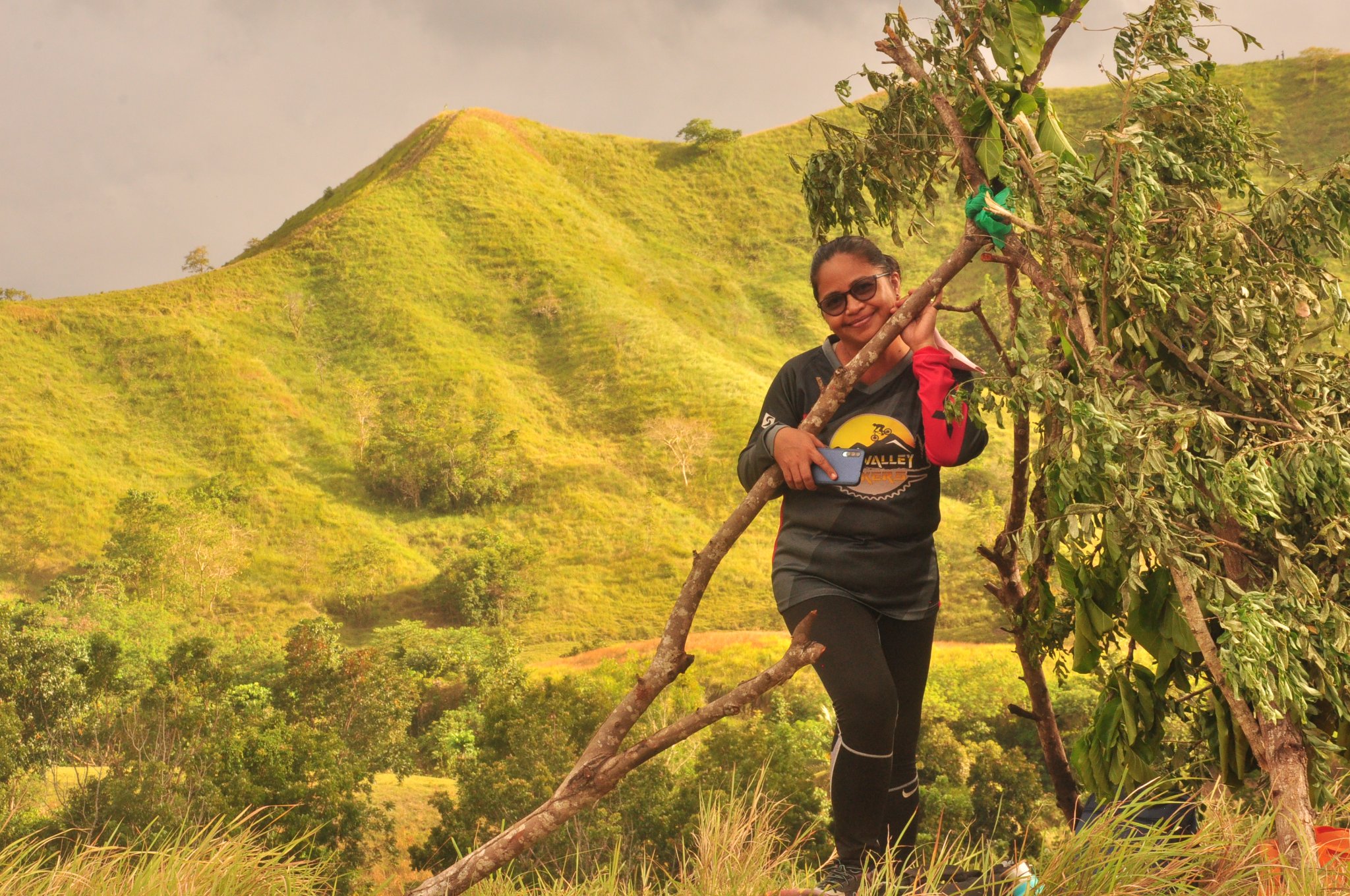 Vast and carpeted with grass, the Cambaol Hills in Alicia, Bohol is among the widest idle lands in the province. The DENR and other agriculture-related agencies are eyeing the place for additional growth areas for food production. (RAHC/PIA7 Bohol)
Delete

Farming, while it is for food, ironically puts one on wait until it is time to harvest to earn money. Rowena has had enough of it.

Fresh from Alicia Technical Vocational National High School, Rowena, along with a classmate, decided to go to an agency seeking domestic workers for Manila. “It was 2013, after the earthquake and after finishing Grade 7 that we went to Manila to work,” she said as her son Ricky III was impatiently hovering nearby.

Getting a cash advance from the agency, Rowena bought a boat ticket to Manila, with very little pocket money for her personal needs. With work soon, she hopes she can wipe her debt and earn after a while.

But like thousands of young graduates who see Manila as the land of promise, Rowena soon realized she just bit more than she can chew. With young graduates like her heading for the cities, the only work left was the menial jobs.

She was to help tend a store in Bulacan and the pay was meager. If not for a guy she met, it would have been a job ending sooner than she thought.

Ricky, like her, traveled from Bicol to Manila to seek his fortune. He met Rowena. In the backrooms of the store they were tending, teenage love bloomed between them. As the love ignites, the kindling adventure for the promise in the city has sizzled; the burning desire now a flickering light nipped by the awakening truth.

Life in the city is hard. With help too far out, a little love is her refuge. They decided to settle as a family. And their chances of getting out of the bond grew slimmer, especially when they soon had a baby.

Forced to be a full-time mother, Rowena had to tend to the baby while Ricky finds a new job in a factory in Velenzuela. There, they resettled, the house rental adding much on their already tight budget.

When she conceived their second child, they both agreed that they might not survive in the urban jungle after all.

In 2020, they heard of the government’s program Balik Probinsya, Bagong Pag-asa (BP2). The program aims to provide hope for a better future for Filipinos through equity in resources and boost countryside development.

BP2 is geared towards decongesting Metro Manila’s urban areas by encouraging people, especially informal settlers like Rowena to return to their home provinces. Here, the government will assist them in this transition with support and incentives on transportation, family, livelihood, housing, subsistence and education, among others. 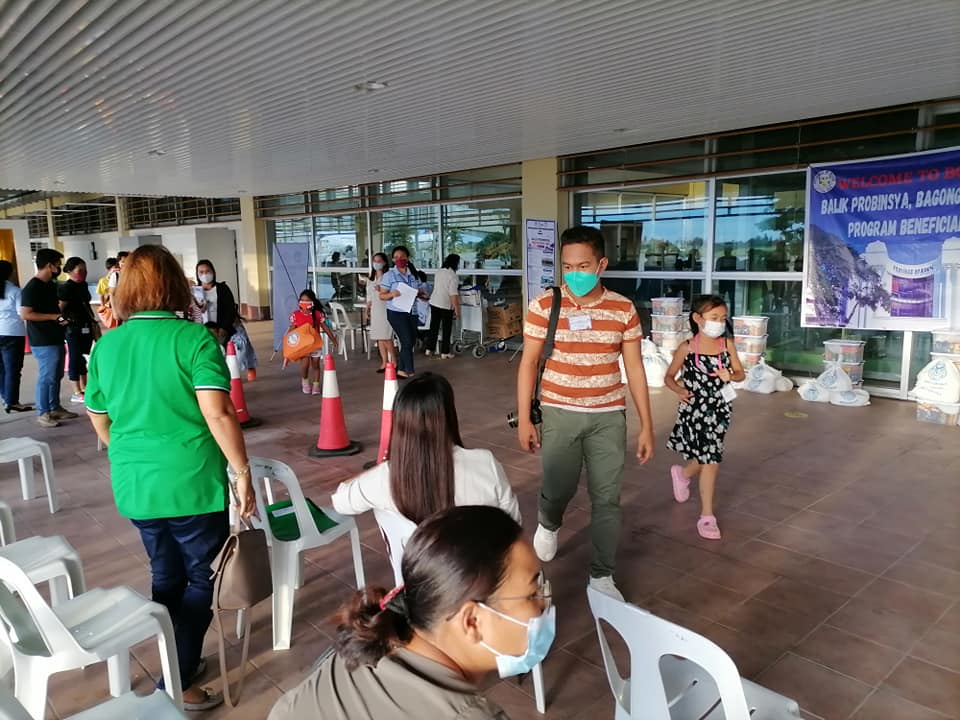 June 2, 2022 is the day when Rowena and her children, along with 22 other Boholanos, flew back to Bohol to finally resettle here for good. (RAHC/PIA7 Bohol)
Delete

In 2020, Rowena and Ricky applied for the program, and recently they were called for an interview.

A few weeks later, with daughter Rica Wendy Shane, 5, and Ricky III, 3, Rowena boarded the plane with a few pesos as cash allowance for their food. In Panglao, Bohol, outside the airport, a van was waiting to bring them home to the hills of Cambaol.

Asked how she feels upon their arrival, Rowena was speechless. When she found the words, they were profuse with gratitude.

Rowena and her children are among the 25 Boholanos from five towns who have availed of the government’s BP2 and arrived in Bohol last week. With them were families also from Mabini, Dauis, Bilar, and Calape.

When they arrived, a short welcome program was held, during which they browsed through government programs that they can avail of while they are transitioning to a sustainable life. 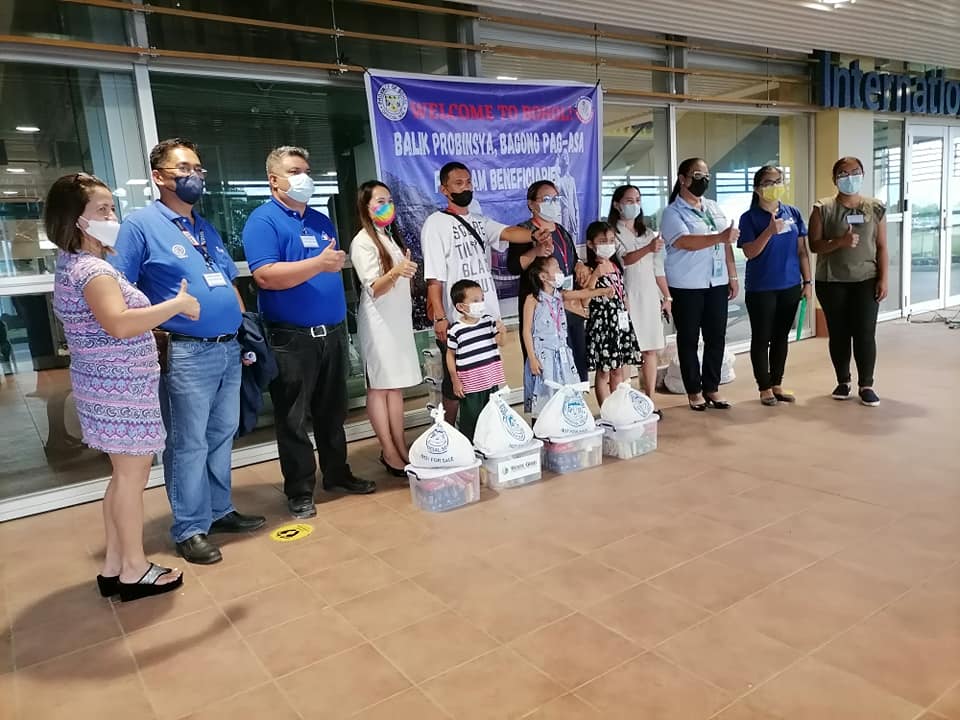 Upon their arrival in Bohol, BP2 beneficiaries received from the NGCP a goodie box and a few kilos of rice from the Bohol Provincial Government. (RAHC/PIA7 Bohol)
Delete

They also received a pail full of packed goods from the National Grid Corporation of the Philippines and a few kilos of rice for each member. Also awaiting them are livelihood packages from the DTI, DOLE, and TESDA as well as work skills trainings, free education packages for kids, housing assistance, farming technologies, and other life coaching trainings to make them resilient enough to stand on their own.

For the BP2 beneficiaries, the government through a whole-of-nation approach, aims to ensure the continuous improvement of economies and quality of life in the provinces with long-term plans on various investments in infrastructure, agriculture, business, transportation, and access to a responsive healthcare system.

For Rowena, these offers are good. However, as she is two months pregnant and with her husband still working in Manila so they can pay off the debts they incurred while preparing for the journey home, it would be until Ricky can join her in Bohol that she can be assured of making yet another bold try.

Ricky also comes from a farming family. They have large patches of lands in Cambaol to sow seeds of new hope.  (RAHC/PIA7 Bohol) 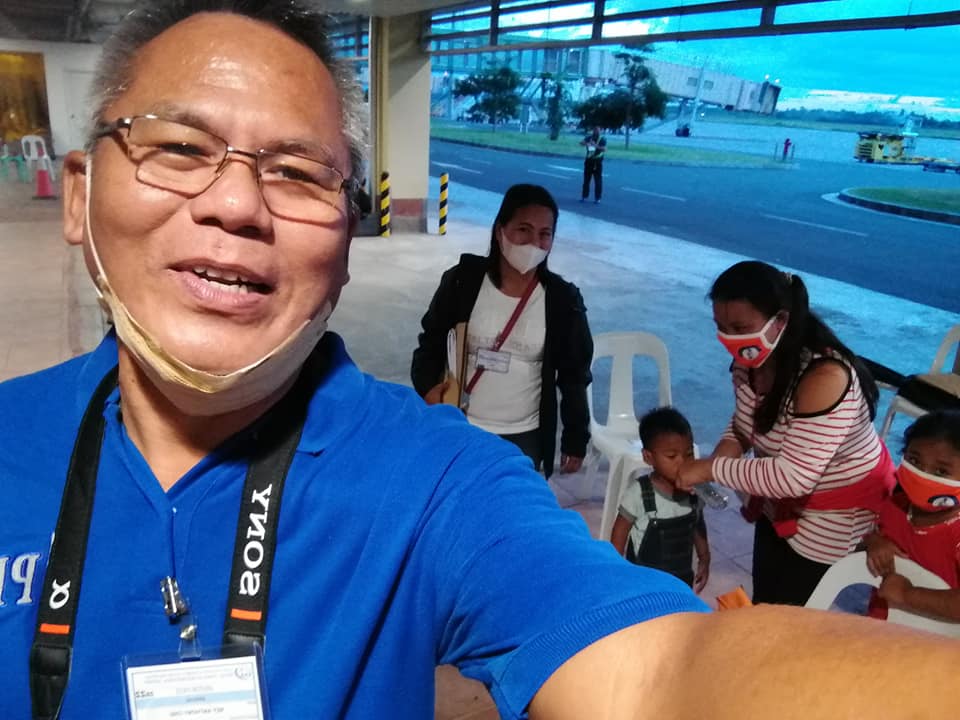 The writer (L) poses with some of the Bohol beneficiaries of the Balik Probinsya, Bagong Pag-asa (BP2) program. The BP2 Task Force presented their programs and projects which the beneficiaries can tap as they reintegrate themselves in the rural society. (RAHC/PIA7 Bohol) 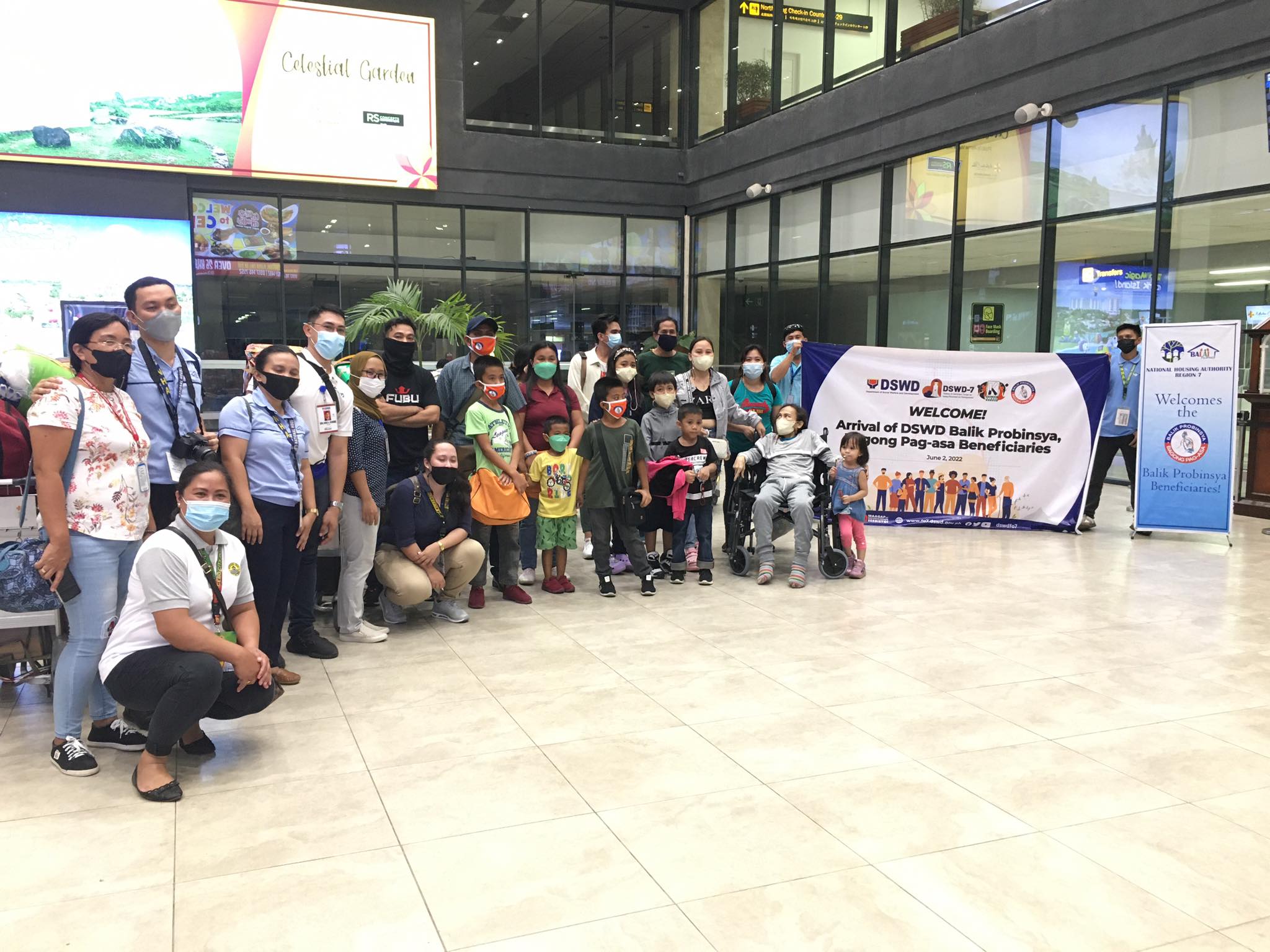 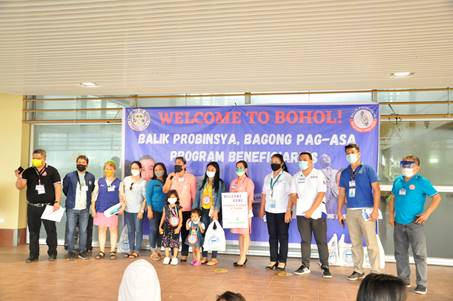