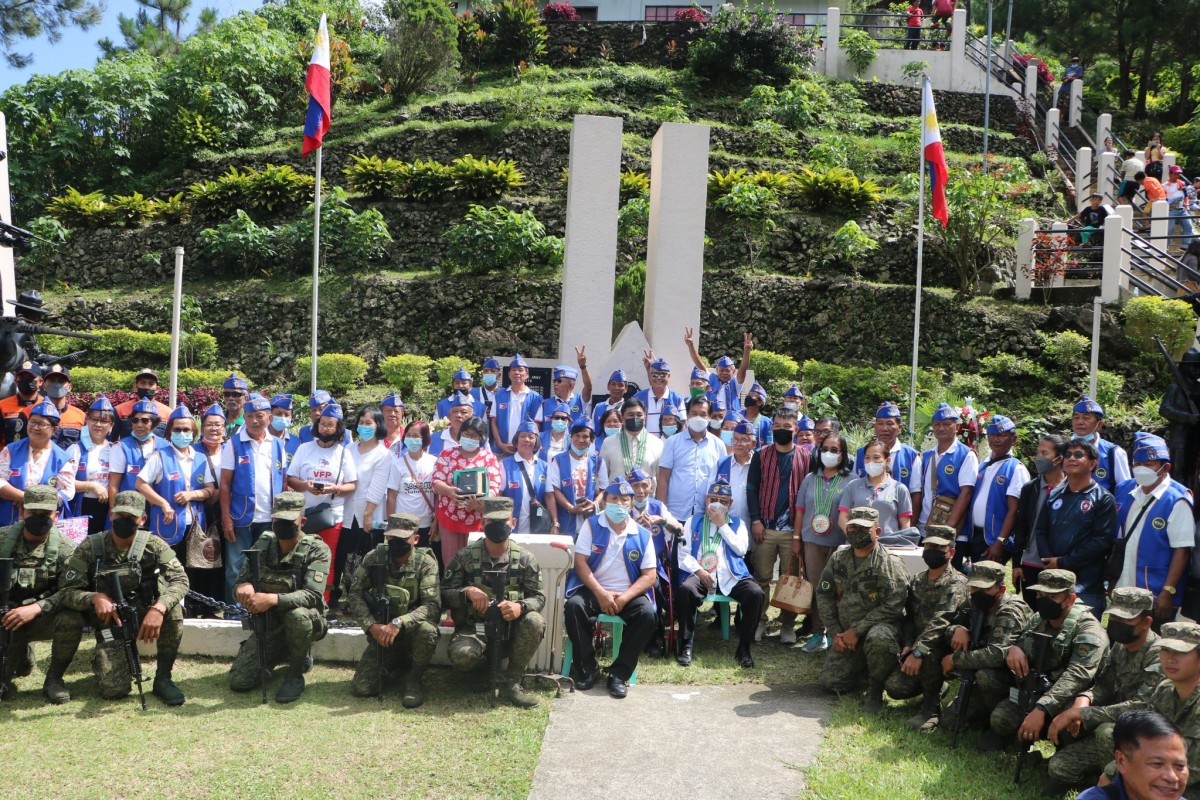 Aside from its efforts to conserve the rich culture and history of the province, the provincial government of Ilocos Sur constantly recognizes and highlights the skills, talent and contribution, most especially the heroism of its people.

On June 14, the annual commemoration of the Anniversary of the Battle of Bessang Pass at the Bessang Pass Natural Monument in Barangay Malaya, Cervantes town was held by virtue of Proclamation No. 515 of President Carlos P. Garcia in 1958.

For 77 years, local officials, especially the living veterans and their relatives along with their surviving spouses and children, have shown their support in remembering the heroic deeds of the Filipino and American defenders against the Japanese Imperial Army.

It was spearheaded by some officials and personnel of the provincial government and the local government unit of Cervantes, led by Sangguniang Panlalawigan Member (SPM) Benjamin Maggay and Cervantes Mayor Pablito Benjamin Maggay II, the Philippine Veterans Affairs Office (PVAO), led by Col. Agerico Amagna III (Ret), head of the PVAO Veterans Memorial and Historical Division, and the Veterans Federation of the Philippines (VFP) Region 1, led by its President Vet. Ruben Magsi, Sr. 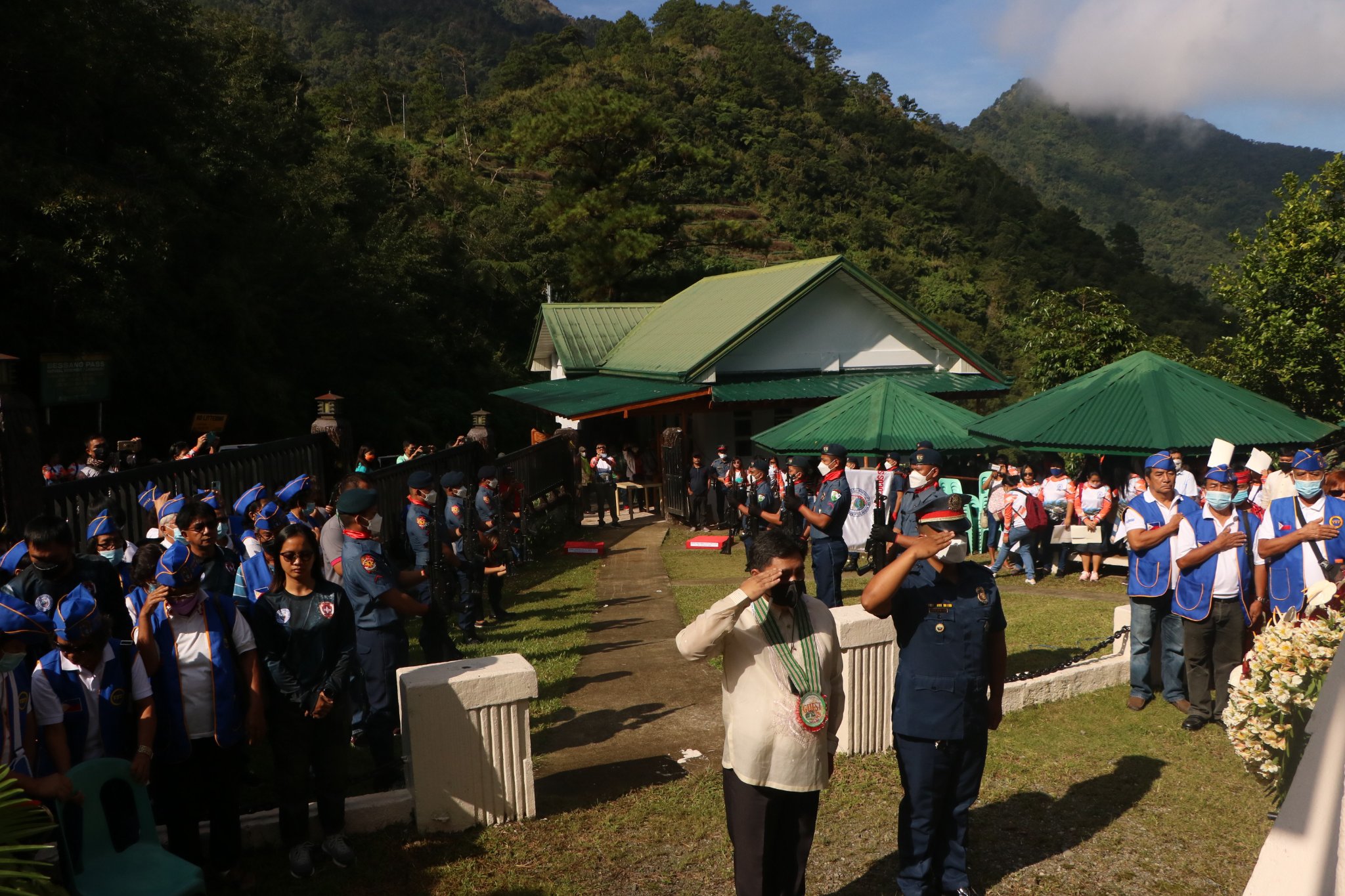 SPM Maggay then mentioned their initiative to pass a resolution to establish this event as a national observance, reiterating its importance to the overall victory of the country during World War II (WWII).

Provincial Resolution No. 0310, series of 2020, appeals the declaration of June 14 every year as a Special Working Public Holiday throughout the country and a Special Non-Working Holiday in the province of Ilocos Sur.

It states that the victory of the Bessang Pass is not only a victory of the guerrillas in Northern Luzon but of all Filipino defenders across the archipelago who, despite being short of weapons, ammunition, vital provisions and combat training, courageously mounted a protracted and fierce guerilla warfare for almost four years against the once invincible imperial Japanese Army.

“This event would truly inspire all citizens, especially the youth and the future generations to love our freedom and our country above other interests,” it added.

SPM Maggay added they are pushing the inclusion of the Battle of Bessang Pass to the history lessons of the basic and higher education unit in the province of Ilocos Sur, hoping that the knowledge would heighten their love for country and patriotism.

The Battle of Bessang Pass is one of the central battles during the final stages of the end of WWII in the Philippines, Colonel Amagna added, highlighting the relevance of the commemoration.

“The epic battle of Bessang Pass is the reminder of the relentless and heroic efforts of our gallant Filipino and American defenders who have suffered horrendous ordeals in order to pave the way for the successful missions against the Japanese Imperial Army,” he said. 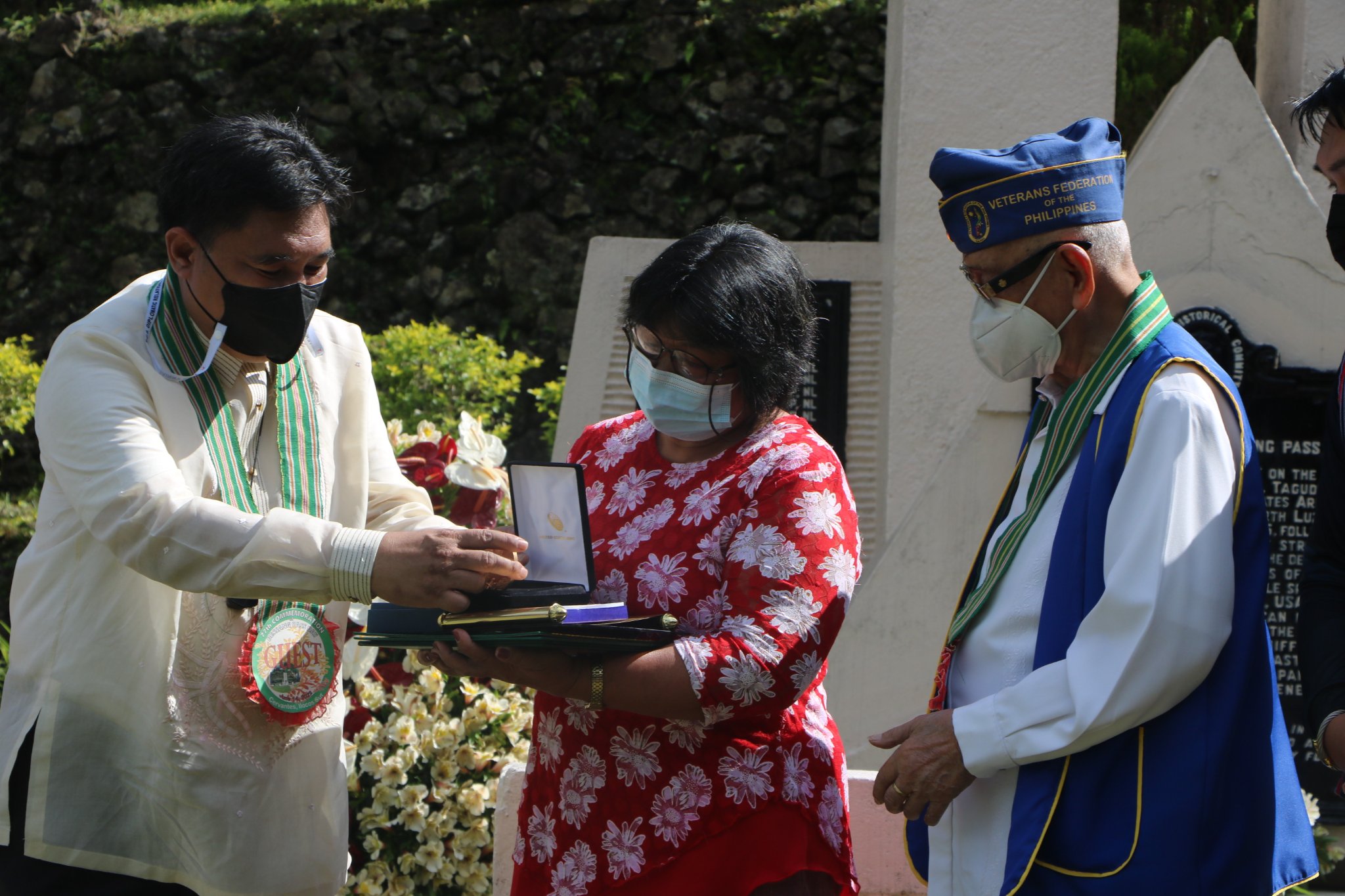 Marilyn Tayucnuc Equias (center), daughter of Vet. Mariano Tayugnuc, receives the US Congressional Gold Medal during the commemoration of the Batte of Bessang Pass on June 14 in Cervantes, Ilocos Sur. (Photo by the 69th Infantry Battalion)
Delete

PVAO then awarded the US Congressional Gold Medal to Vet. Mariano Tayucnuc, the lone surviving Bessang Pass fighter in Ilocos Sur, who was represented by his family.

Bessang Pass was part of the triangular defense of Gen. Tomoyuki Yamashita also known as the “Tiger of Malaya,” commander of the Japanese forces in the Philippines.

After the Japanese forces occupied northern Luzon, Bessang Pass became the Japanese Army’s fortress due to its strategic location.

According to PVAO, it was the longest battle of Filipino soldiers which lasted for six months.

The Japanese army was eventually defeated by an all-Filipino ground force.

The battle at Bessang Pass would later on become a pivotal stage leading to the capture of the inner defense and installations of Gen. Yamashita.

“The event also resulted in the surrender of Gen. Yamashita and his troops to Lt. Col. Romulo A. Manriquez, the Filipino commander of the 14th Infantry Regiment in Kiangan, Ifugao on September 2, 1945,” the PVAO ended. (JCR/AMB/JMCQ, PIA Ilocos Sur)