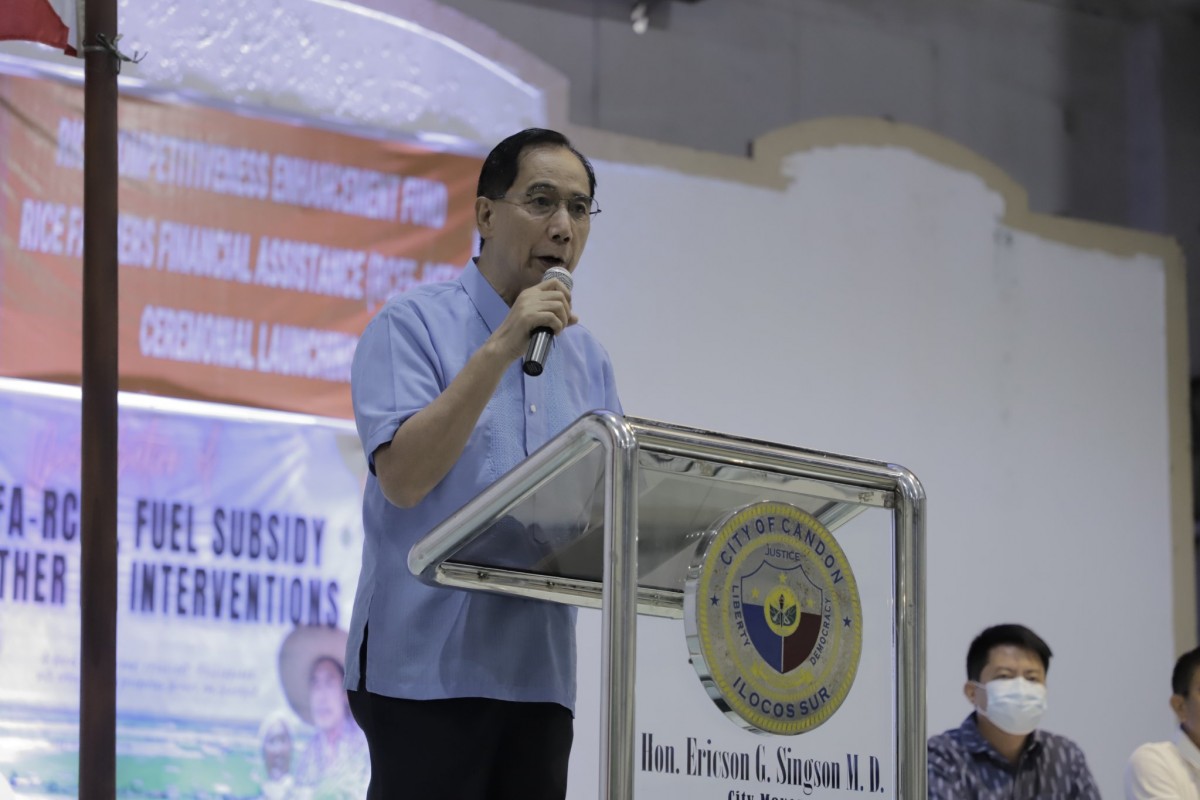 The past two years, especially during the peak of COVID-19 cases in the country, one of the sectors that have been greatly affected is agriculture.

Fortunately, outgoing Secretary William Dar of the Department of Agriculture (DA) said that amidst the pandemic, a solid foundation in growing and developing Philippine agriculture was formed during his term.

On June 25-27, Secretary Dar visited the Ilocos Region to meet with farmers and fisherfolk.

He led the release of fuel subsidies and the distribution of rice farmer’s financial assistance and other DA interventions at the Candon City Civic Center in Candon City, Ilocos Sur.

In his message, he said that he shall be leaving notable legacies.

His first legacy is that Filipinos no longer lined up for palay grains during his term despite the pandemic that greatly affected the economy.

During his two-year and 10 months term, he added that the DA recorded the highest harvest in palay so far with 19.96 million metric tons.

He also mentioned the crafting of the 10-year national agriculture and fisheries modernization and industrialization plan until 2032, which provides a solid foundation to develop and improve the farming and fishing sectors in the country going beyond up to the coming administration, as another notable accomplishment during his term.

“With the strategic plan that the DA has laid down under my watch, I hope that farmers and fishers in the country especially the various members of the cooperatives and farmers’ groups and associations shall achieve progress and prosperity with the four pillars and 18 key strategies drawn to achieve the OneDA reform agenda,” he added.

A sentineling project worth P24.8 million under the DA’s livestock program was also awarded along with the P22-million fund for the Suyo Multipurpose Cooperative, P49.5 million for Sacred Heart Savings Cooperative, and P115.5 million for the Nueva Segovia Consortium of Cooperatives which are under the integrated national swine production initiatives for recovery and expansion via the implementation of community based swine production through clustering and consolidation.

Aside from the distribution and awarding of projects, Secretary Dar also visited the Don Mariano Marcos Memorial State University’s Pig Extension and Research Farm at Baroro, Bacnotan, La Union on June 25 and inked a memorandum of agreement with the Pangasinan State University (PSU) for the establishment of a campus radio station to further develop and institutionalize the communication and dissemination efforts of the DA and the PSU with regard to the research breakthroughs and agri-fishery technologies of the university.

From farmers and fisherfolk’s assistance to the development of research facilities and empowering information dissemination, the DA has indeed built a solid foundation for the agriculture sector towards its “Masaganang Ani at Mataas na Kita” vision. (JCR/AMB/JMCQ, PIA Ilocos Sur)