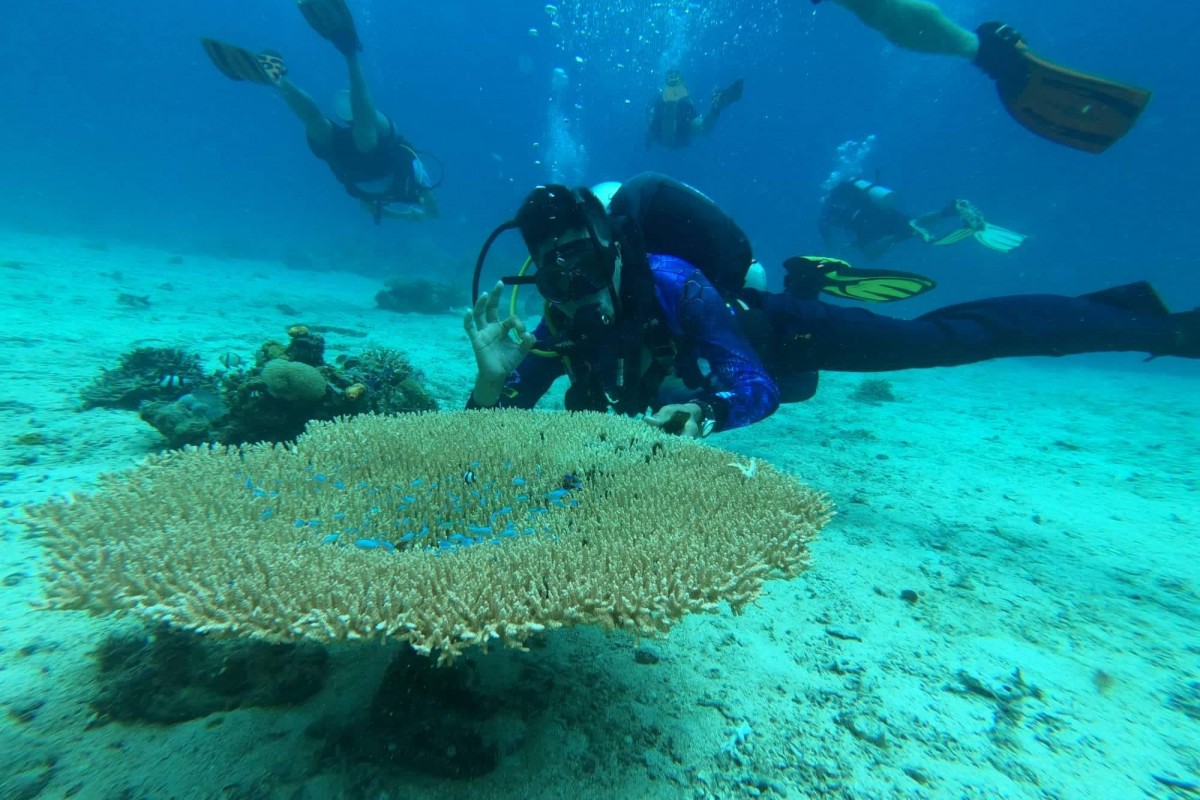 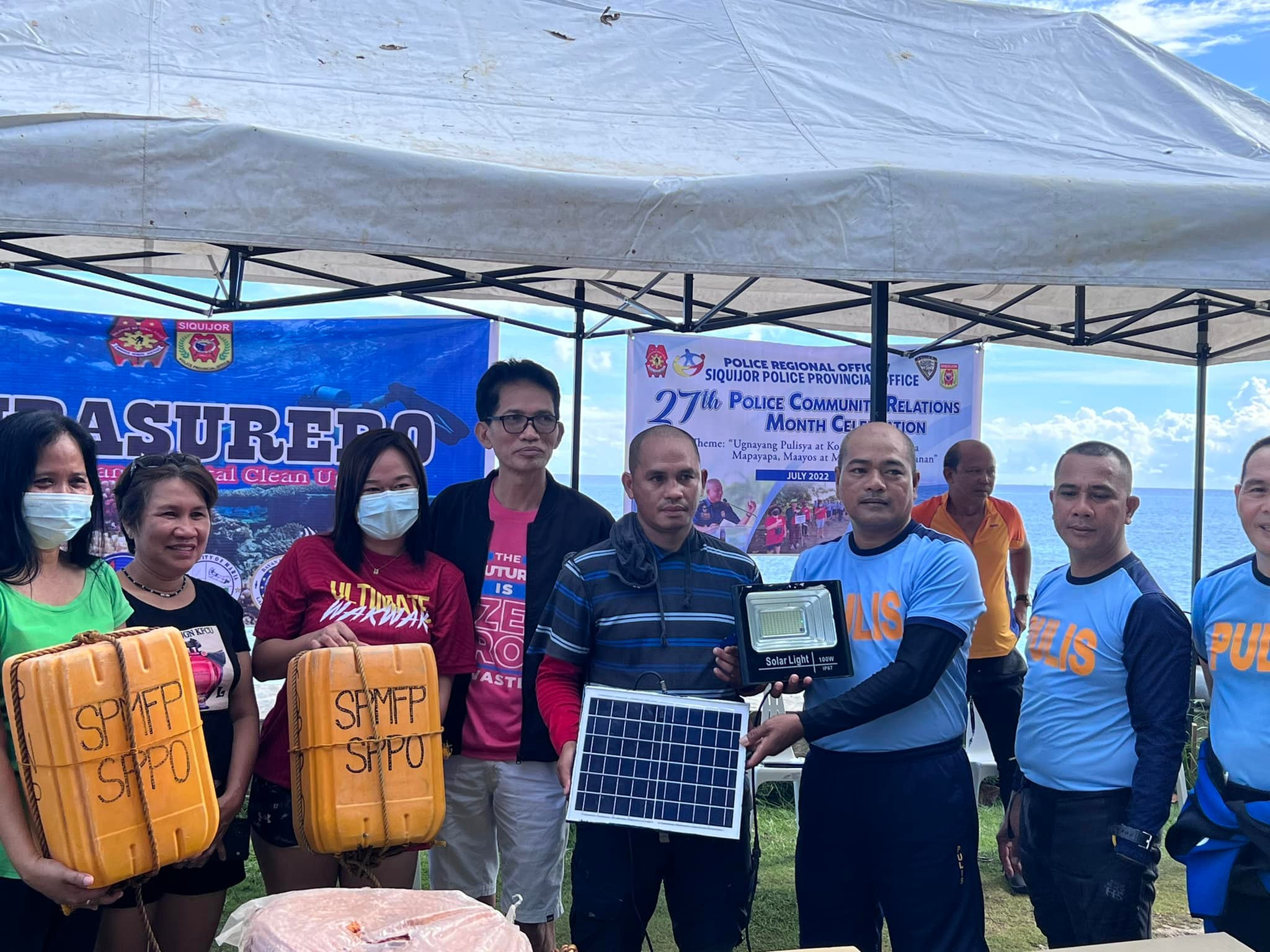 This is what the Provincial Environment and Tourism Officer Engr. Cle Bern Paglinawan wants to instil in every Siquijodnon as he gave his message during the 3rd leg of Scubasurero Coastal and Underwater Clean-Up drive conducted on July 23 at the open water and shoreline of Candanay Norte, Siquijor, Siquijor. This is also the goal of other concerned groups and individuals to sustain the beauty and cleanliness of the Island.

Paglinawan is calling for support to the Provincial Government’s thrust of making Siquijor a premier sustainable tourism destination. Tourism development, he said, is one of the five pillars of governance under the administration of the new governor, Gov. Jake Vincent Villa. 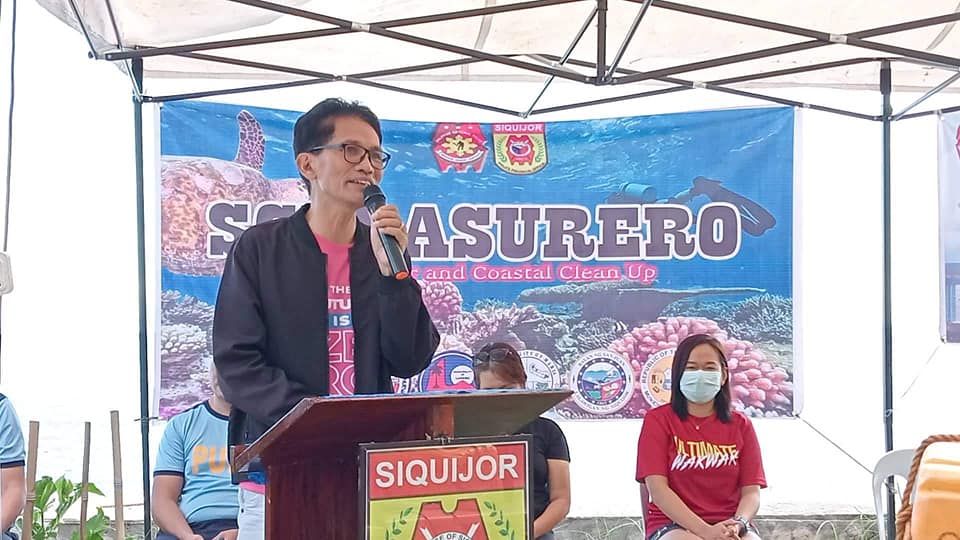 He said that if people continue to throw garbage anywhere everyday, all of them will go to the ocean. He asked everyone to avoid using plastic as he reiterated the compliance of the “No Single-Use  Plastic” ordinance of the provincial government to make the program successful.

The “Scubasurero”  that was conducted earlier was the initiative of the Siquijor Police Provincial Office (SPPO), in partnership with the Kabataan Kontra Droga ug Terorismo (KKDAT), Youth for Peace, Philippine Army (PA), Philippine Coast Guard (PCG), Philippine Information Agency (PIA) and other government and non-government agencies and stakeholders from different dive shops.

It was also part of the SPPO’s 27th Police Community Relations (PCR) Month celebration with a theme, “Ugnayang Pulisya sa Komunidad  Tungo sa Mapayapa at Maunlad na Pamayanan." SPPO Provincial Director PCol. Robert Lingbawan said it is the SPPO’s contribution for the protection of fisheries, marine life and other aquatic resources, as well as for the maintenance of the seawaters and coral reefs to keep the beauty of Siquijor not only for locals but also for tourists. “It hopes to increase the level of awareness on how to protect the underwater beauty  of the majestic island of Siquijor," said Deputy Provincial Director for Administration, PLt. Col Reynante Pitpitan, in his Opening Message. 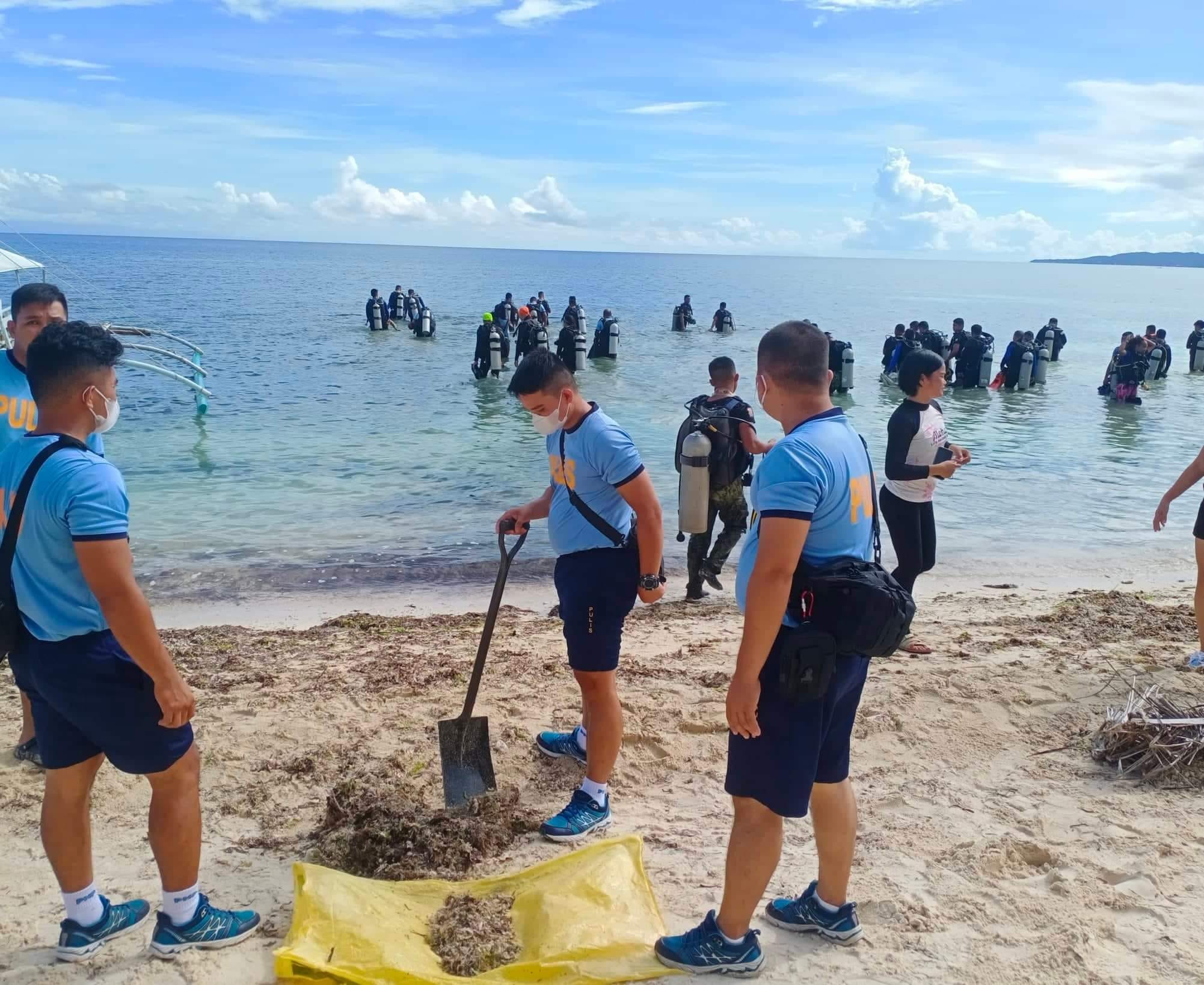 He said the undertaking is given priority by the SPPO provincial director as part of his mandate, considering that Siquijor is one of the prominent tourism destinations in the country. “We will support our local chief executive and the rest of the local government units to improve and maintain peace and order, as well as cleanliness of Siquijor, and become one of the most disciplined province in the country,” he added, as he hopes to replicate the undertaking in all the six municipalities, specifically getting police personnel involved and trained on Scuba Diving through the help of foreign dive enthusiasts.

During the activity, the SPPO also turned over to the barangay captain sets of buoy, solar light, and panel for the Candanay Norte fisherfolks. Taking advantage of the opportunity, Brgy. Capt. Lennie Lyn Cabanlit shared the barangay folks’ dream for Candanay Norte. 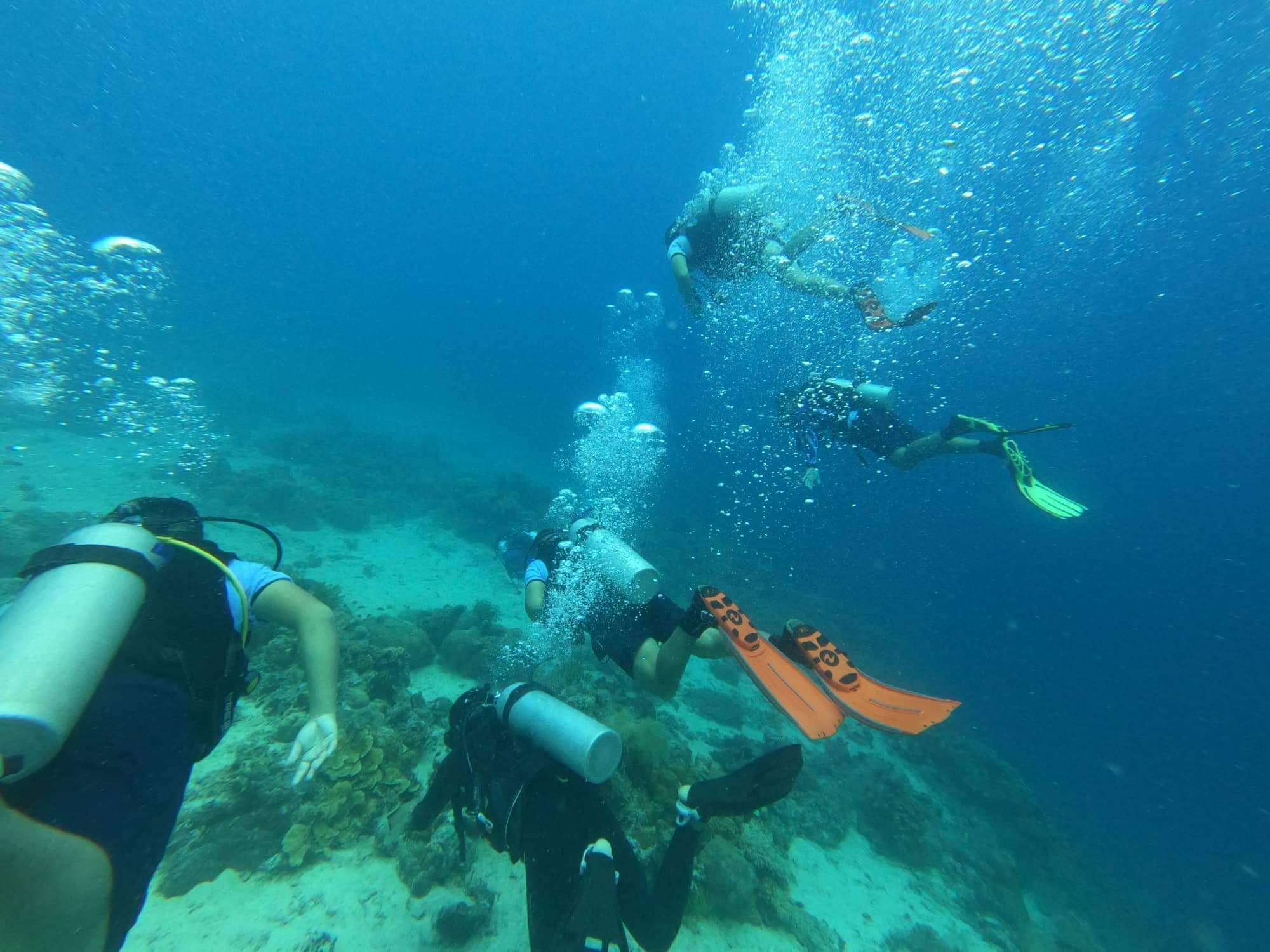 Paglinawan said he sees the potential of the Candanay Norte shore to become  the prime tourist and only eco-tourism destination of the island because of its long stretch of fine, white beaches, only to be obstructed by the seawall project. “Atong tabangan ang barangay nga marequest nga mapakuha para mabalik ang iyang natural attraction ug natural beauty ug himoon nato kining first ecotourism destination sa isla (We will help the barangay request to the proper agencies and authorities to demolish the seawalls to bring back its natural attraction and beauty, and make it the first eco-tourism destination on the island),” he said. 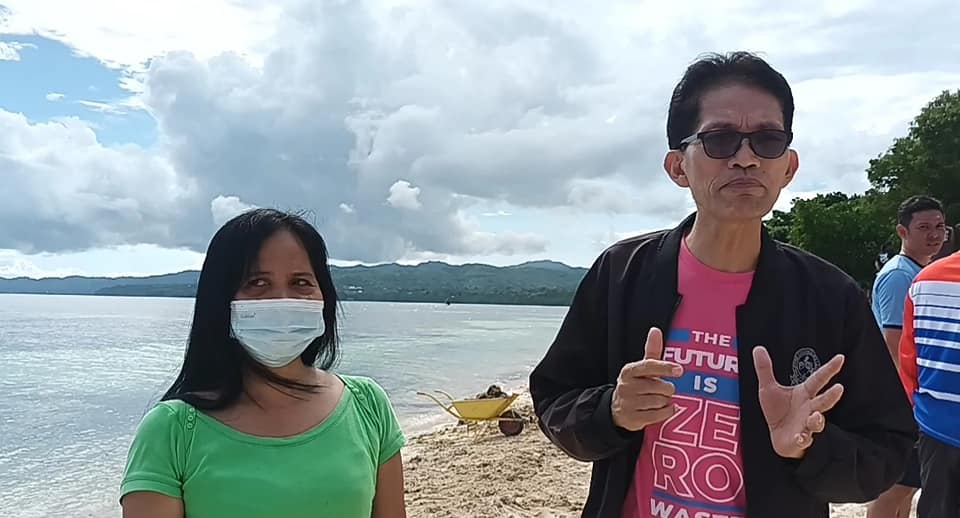 Following the clean-up drive, the SPPO, through the Siquijor Provincial Mobile Force Platoon (SPMFP) also concluded the five-day Water Search, Rescue and Retrieval (WASARR) Training on the same day, where Platoon Leader PLt. Col. Jacinto Mandal Jr. presented the 19 SPMFP personnel who successfully completed the training and was accepted and declared graduates by Provincial Director Lingbawan. Each received a Certificate of Completion.

Overwhelmed with joy over the success of the activity, the Provincial Tourism and Environment Officer thanked all the participants for chipping in their time, efforts and other resources to the endeavour. After the giving of impression from one of the participants who said that Candanay Norte sea is clean, the day’s activity was capped with a "boodle fight" with the barangay officials and fisherfolks.

Indeed, it is inspiring to see how folks of different ages, culture, and economic status work together to keep Siquijor a better, if not best place for everyone to live, enjoy and experience. (RAC/PIA7 Siquijor) 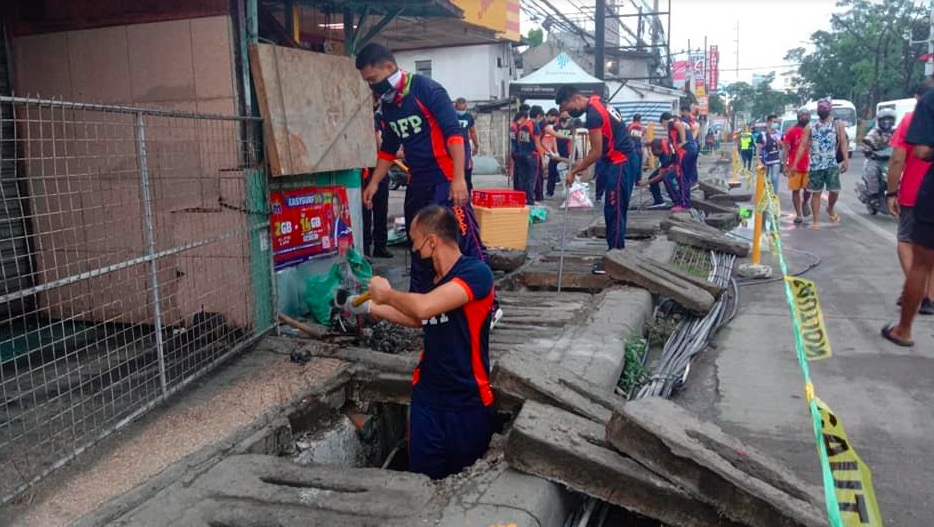