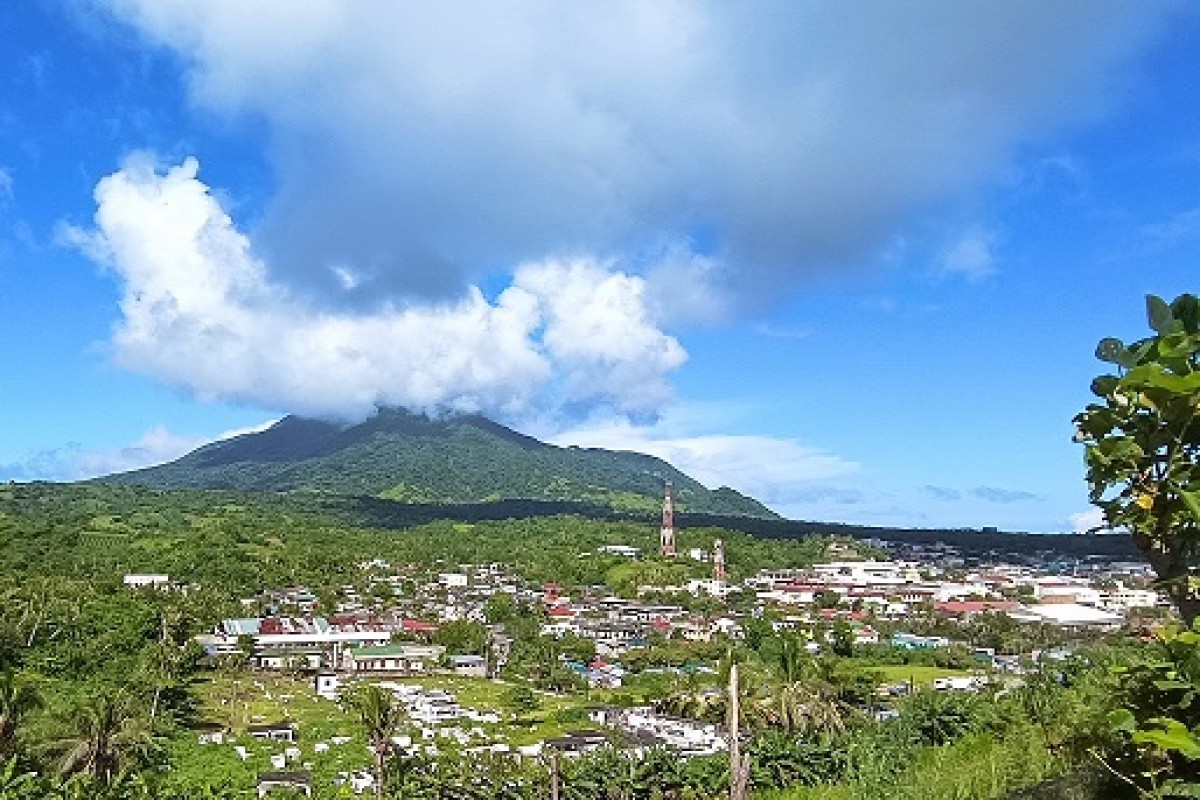 Basco is located in the northern part of Batan Island, approximately 415 airmiles from Manila and 258 airmiles from the city of Tuguegarao, Cagayan. It is bounded on the north by the West Philippine sea, south by the municipality of Mahatao east by the Pacific Ocean, and by the West Philippine Sea. It is the largest municipality in terms of population, and the second largest island among the Batanes islands.

Did you know that aside from it being the capital of Batanes, home to the provincial government and center of trade, this town also offers most of the breathtaking views and historical sites in the province?

Let us start with the symbol of the strength of the province against all odds, the majestic Mount Iraya, which you will see as soon as you get off the airplane at the Basco Airport. Its height is approximately 3,300 feet above sea level and is usually climbed by local and foreign mountaineers. It is known to have  rich endemic and exotic wildlife, both flora and fauna.

Next to Mount Iraya is the famous Six-Story Basco Lighthouse built in March 2003 another popular landmark standing at 66 feet in Naidi Hills that serves both as a tourist attraction with viewing deck which provides 360-degree view of  Basco town, the West Philippine Sea and Mount Iraya and as a navigational facility for local fishermen.

Third, the Naidi Hills, where the Basco lighthouse stands. Naidi was derived from the Ivatan words “na” which means past and “idi”, which means settlement or community. This was proven to be an human habitation in ancient times, and later, the site of what used to be the country’s tallest wireless communication facility built by the Americans, which was bombed by Japanese planes in 1941. Today you can still see the base's remains at Naidi Hills.

Fourth, the Vayang Rolling Hills, a seemingly endless waves of rolling hills covered with grass, is a pastureland for local livestock farmers and isknown to tourists as the most picturesque sight in the province. It is the best spot for sunset viewing and on a clear day, you can see all the islands in the province here namely: Sabtang, Vuhos, Adekey, Itbayat,Dinem, Siayan, Misanga, Ditarem, and Mavudis.

Next, the Dipnaysuhuan Japanese Tunnel, a historical site located at Barangay Kaycharianan. This tunnel was dug by Ivatans between 1941 and 1945 as ordered by Japanese soldiers and served as a shelter for them during World War II and the Japanese occupation in the country.

Another is the Valugan Boulder Beach, locally known as “Chanpan”, and popularly known as valugan, which means east, is found along the eastern foot of Mount Iraya. It is a natural shore protection consisting of boulders and gravel of different sizes, smoothened by the strong waves of the West Philippine Sea and the Pacific Ocean-- an evidence of geologic forces from the volcanic eruptions of Mount Iraya, It is a sacred port of Ivasay fishermen, most especially those from Baragay San Joaquin. The Valugan Boulder Beach has been a subject of number of award-winning national photography contests.

Seventh, the Didawud Ijang, located at a three-km trail distance southeast from the town of Basco, with an elevation of 100 meters above sea level, is one of the Ivatan ijangs-- citadels, or fortresses and ancient human settlements located on steep mountain tops for protection against enemies.

Eight, the Nakamaya boat-shaped Burial Site, shaped in the traditional wooden boat of Batanes called “tataya”, which is a testimony to the values of the pre-historic Ivatans who believed in life after death. Early Ivatans believed the journey to the after-life is through a boat because the final resting place is the sea.

Next, is the Mount Carmel Chapel located at Sitio Tukon, the most recently built worship house in the province and the only chapel in Batanes that adopted the traditional stone house technology.

Another one, is the Provincial Capitol of Batanes, formerly called the “Casa Real”, constructed originally of wood during the term of the first Governor of Batanes Don Jose Huelva V. Melgarejo (1783-1785)

Eleventh on the list is the Tahuhura Rock Bay, a rocky bay consisting of smooth rocks of different sizes. It has 255-step staircase from the top hill leading to a rocky beach.

Twelfth, is theBasco Community Based Marine Sanctuary,  a unique rock formation with rich marine life resources located along the national-highway just south of Basco. The coastal area of Kural, Vavayat Harung, and Malataniud was declared as a community based marine sanctuary on October 13, 2005 through Ordinance No. 2005 -104.

Last, is the Our lady of the Immaculate Concepcion Cathedral. The first house of Catholic workship at Basco was built of cogon and wood by two Dominican Fathers upon their arrival in 1783.

These attractions and historical sites are what makes Basco not just a mere capital town of Batanes, but a destination that is rich in history, culture, and breathtaking views that are worthy of being experienced. (JKC/CEB/ PIA Batanes) 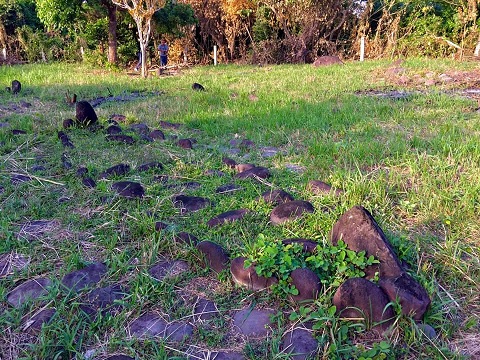 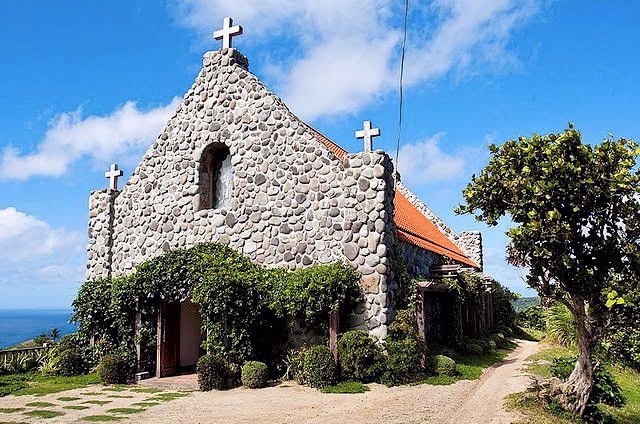 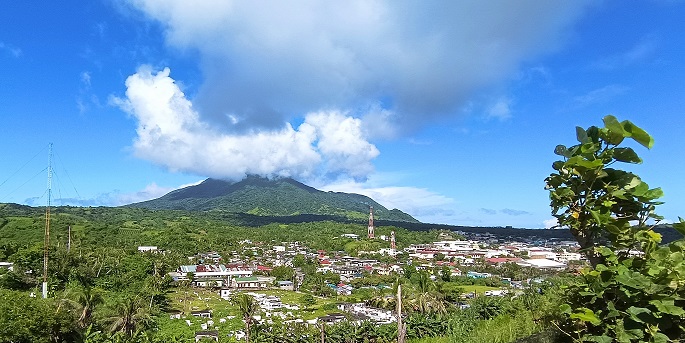 A view of Basco town at Naidi Hills
EditDelete 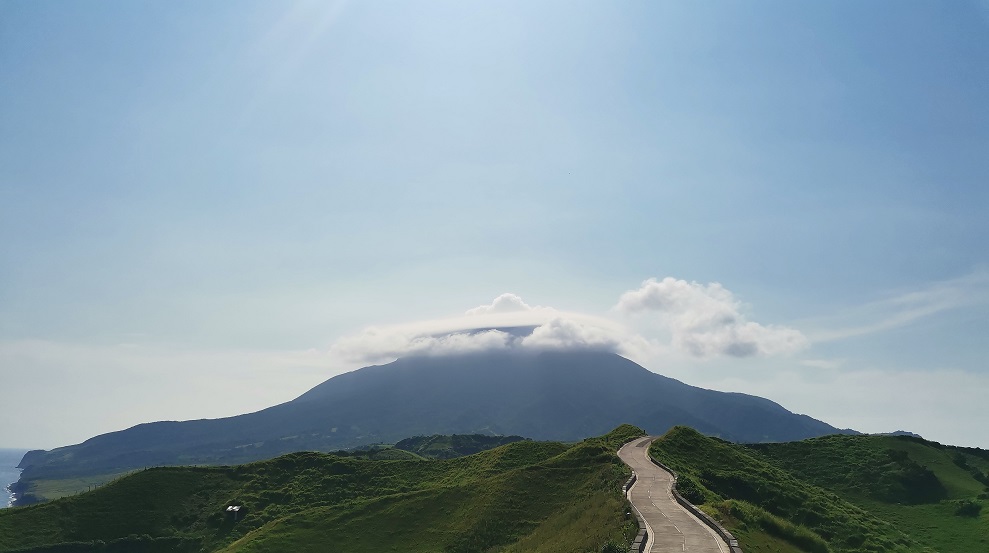 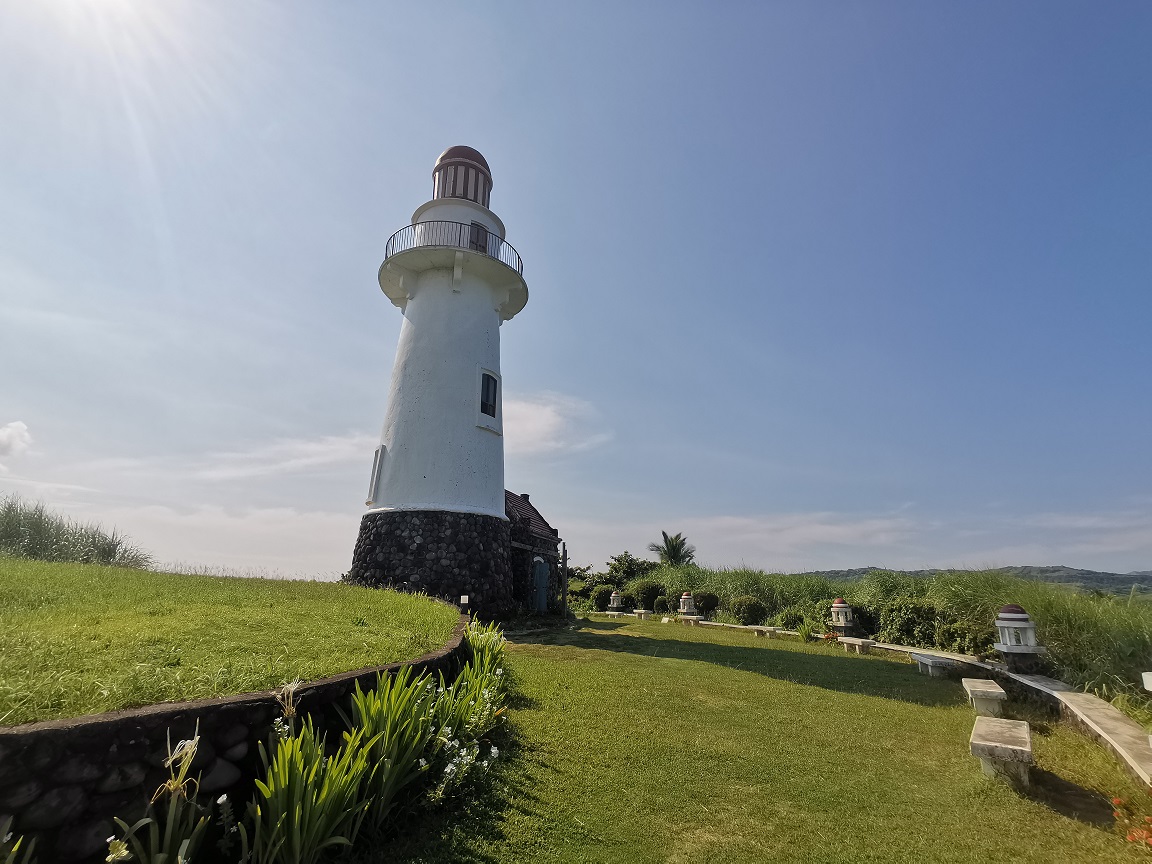 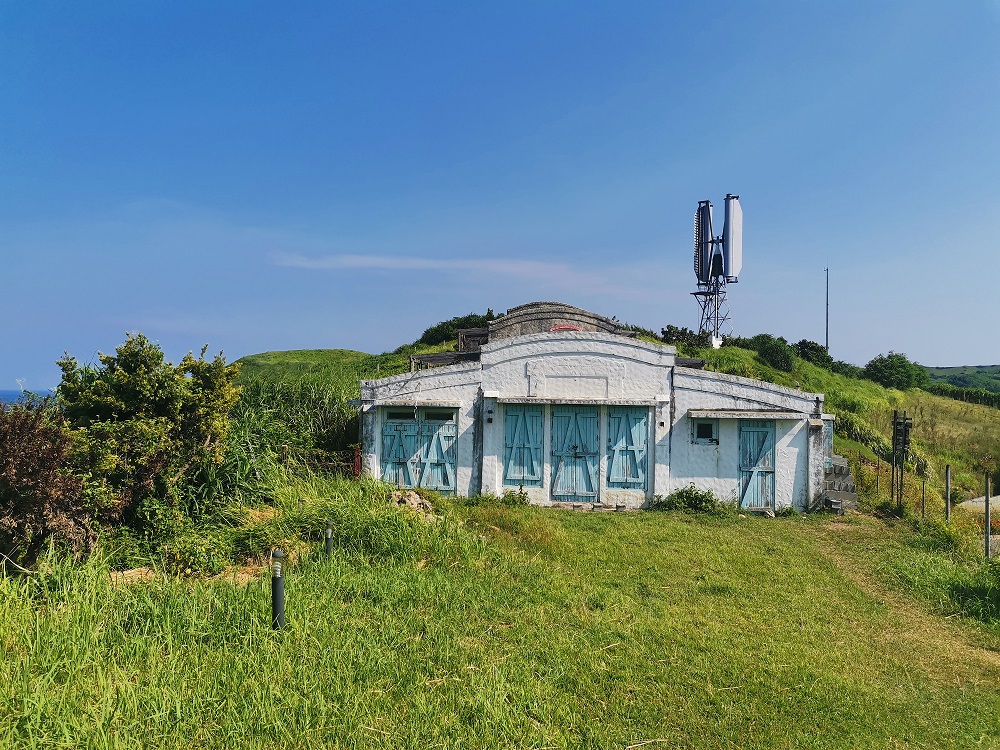 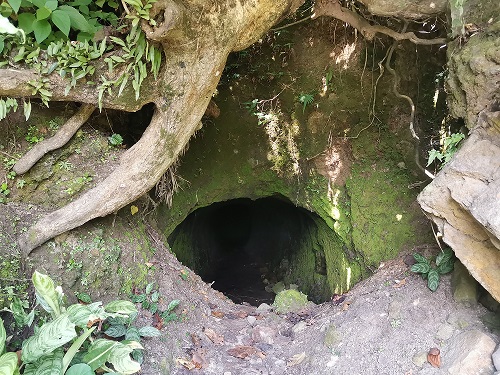 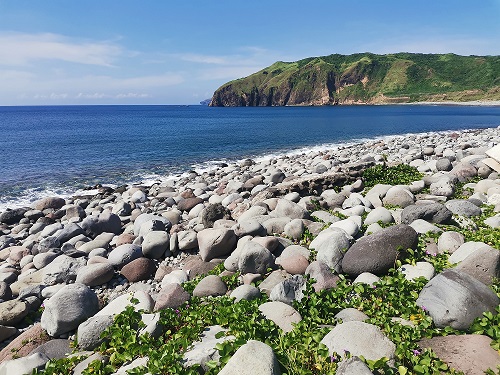 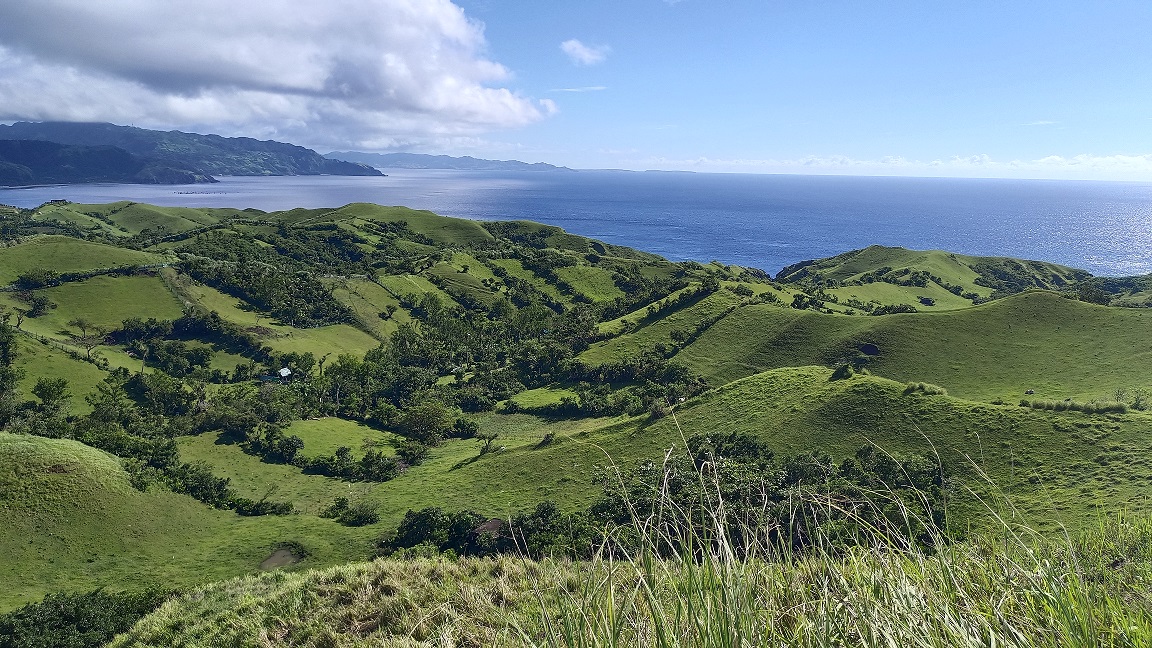 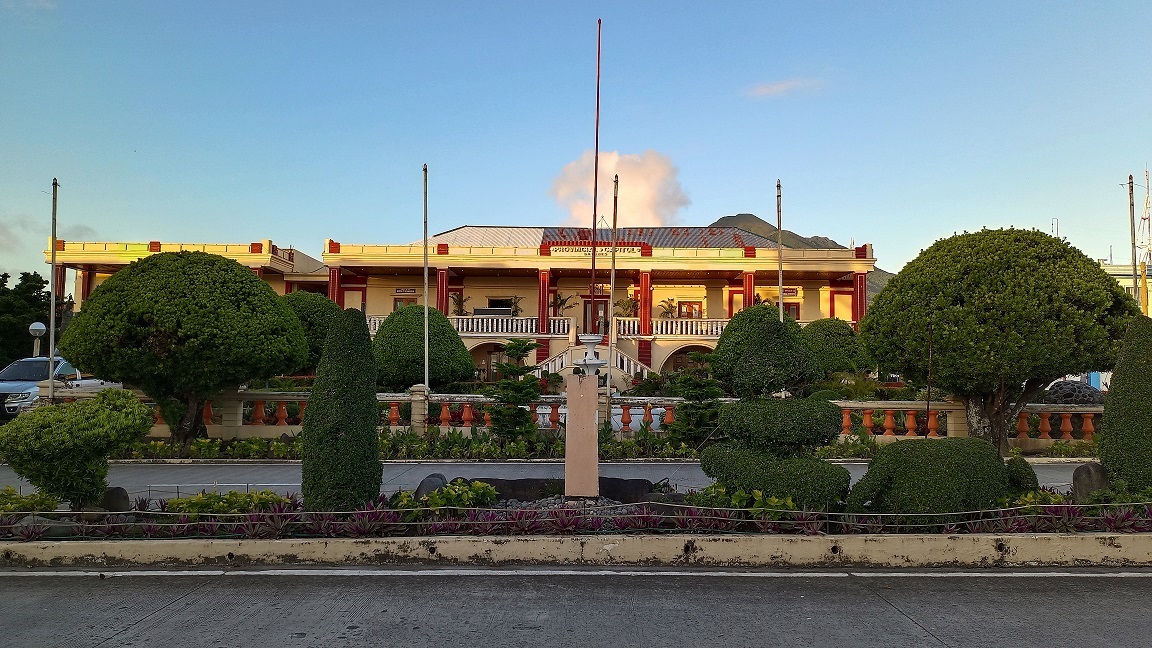 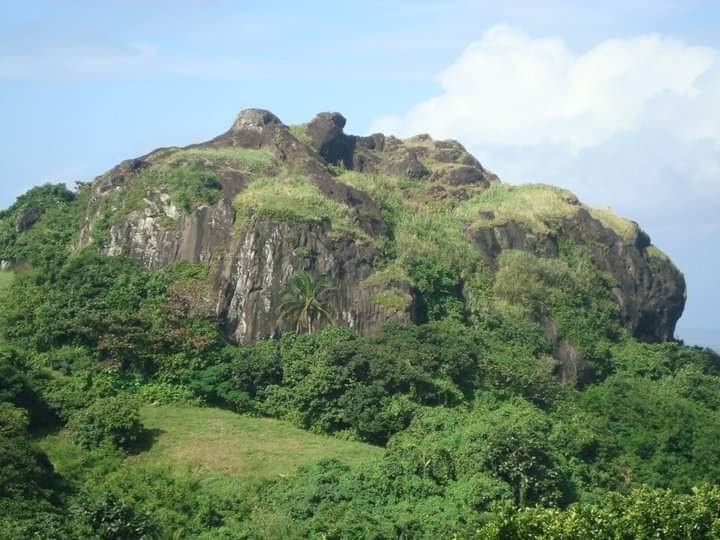