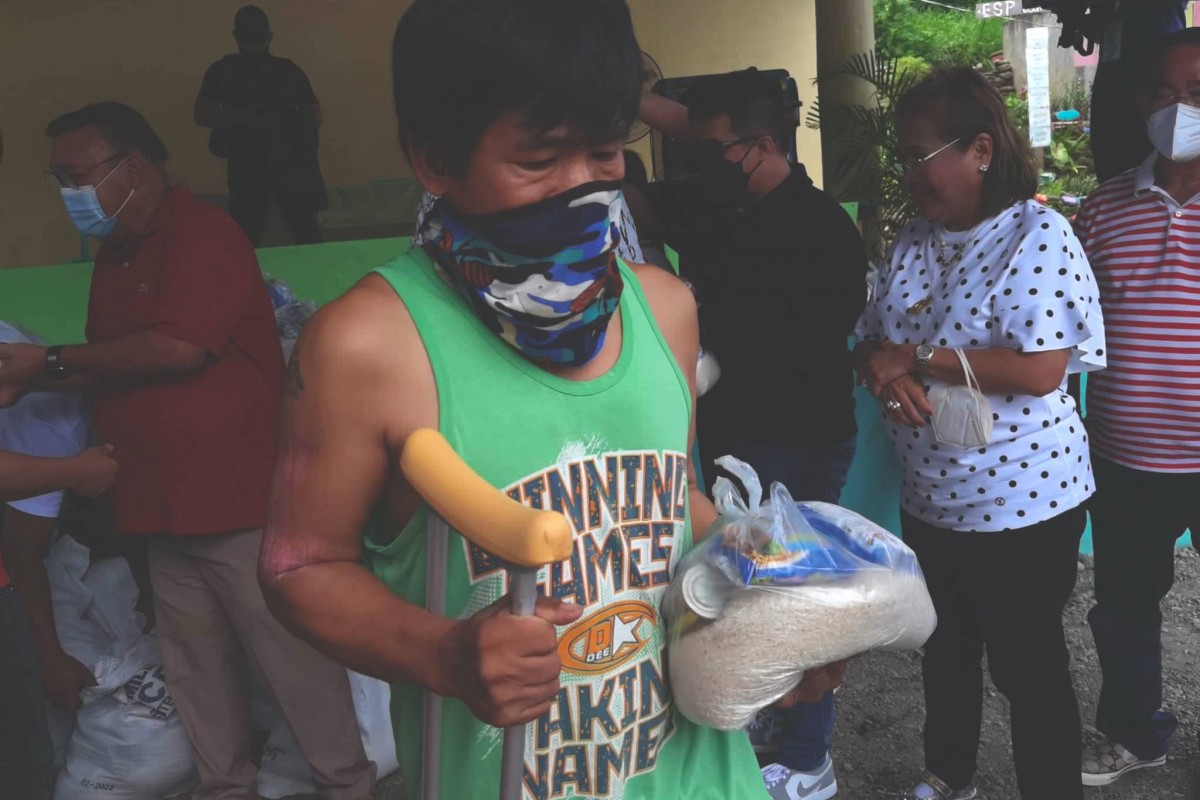 Victor Nalimma, the barangay secretary of Sapag in Bangued, Abra, was still recovering from his kidney operation when the magnitude 7 earthquake struck Abra and the rest of northwestern Luzon in the morning of July 27, 2022.

Victor and  his wife  tried to make haste to go out of their house to what they thought was safer . They were about to pass through the terrace of their house where the entrance door is, but seeing that it was damaged, they decided to pass thru the backdoor.   As he could not yet fully move due to his condition, he was not able to get through safely.

Nalimma shared that he felt he was hit by the hollow blocks walling of his neighbor’s house that gave way. He sustained bruises and wounds on his left leg.

He was brought to the hospital for emergency. His wound was big and had to undergo suturing. Likewise, perhaps due to relapse from his kidney operation, he excreted blood two days after his experience. Thankfully, he survived.

Nalimma  was one of those visited by Department of Social Welfare and Development (DSWD) Secretary Erwin Tulfo during his quick visit at the Abra Provincial Hospital and to the province a day after the quake.

He expressed gratitude to the government through the DSWD for the assistance being given to affected families.  He     received P5, 000.00 cash assistance under the Assistance in Crisis Situation    which he used to purchase medicines.

"Agpaspasalamatak ti suporta ti DSWD, iti gobyerno." (I am grateful to the support of the DSWD, the government, said Nalimma who us still in crutches to aid him in his mobility.

Nalimma together with the Barangay Sapag community  whose residences were affected by the quake are now housed at the evacuation center in Sagap Primary School and its premises Fortunately, they receive relief goods from the local government and other sources to temporarily sustain them. Among the  latest were the relief goods brought by former Presidential Spokesperson Harry Roque,  who said he  will work out for construction materials that would help them rebuild their damaged houses.

Victor is just one of the survivors of the quake, an experience he will never forget for the rest of his life. (JDP/SCA-PIA-CAR, Abra)

Despite the disaster faced in the aftermath of the quake, the evacuees were entertained by a local artist, Ronie Liang, tagged along by former Spokesperson Harry Roque.
EditDelete 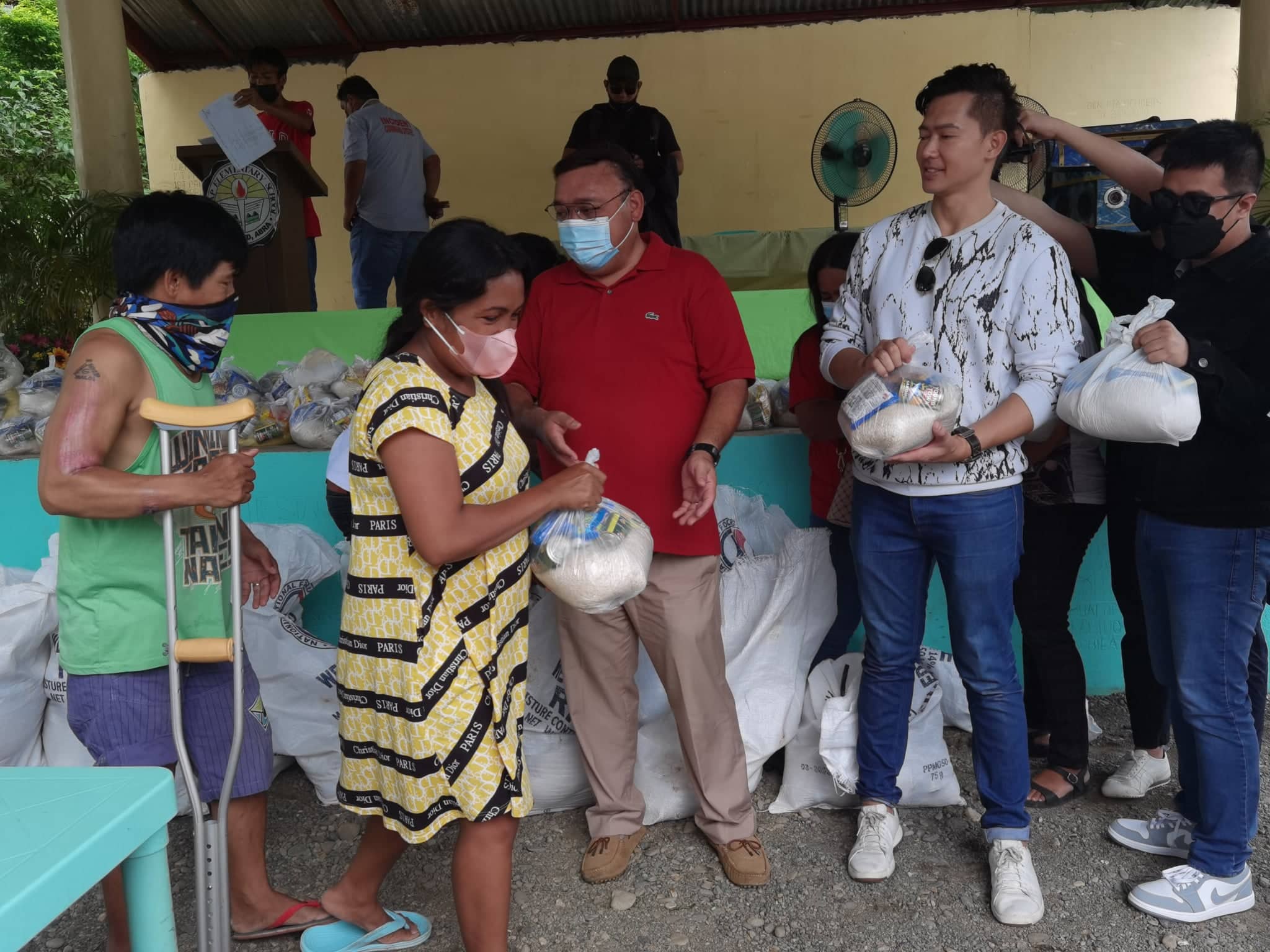