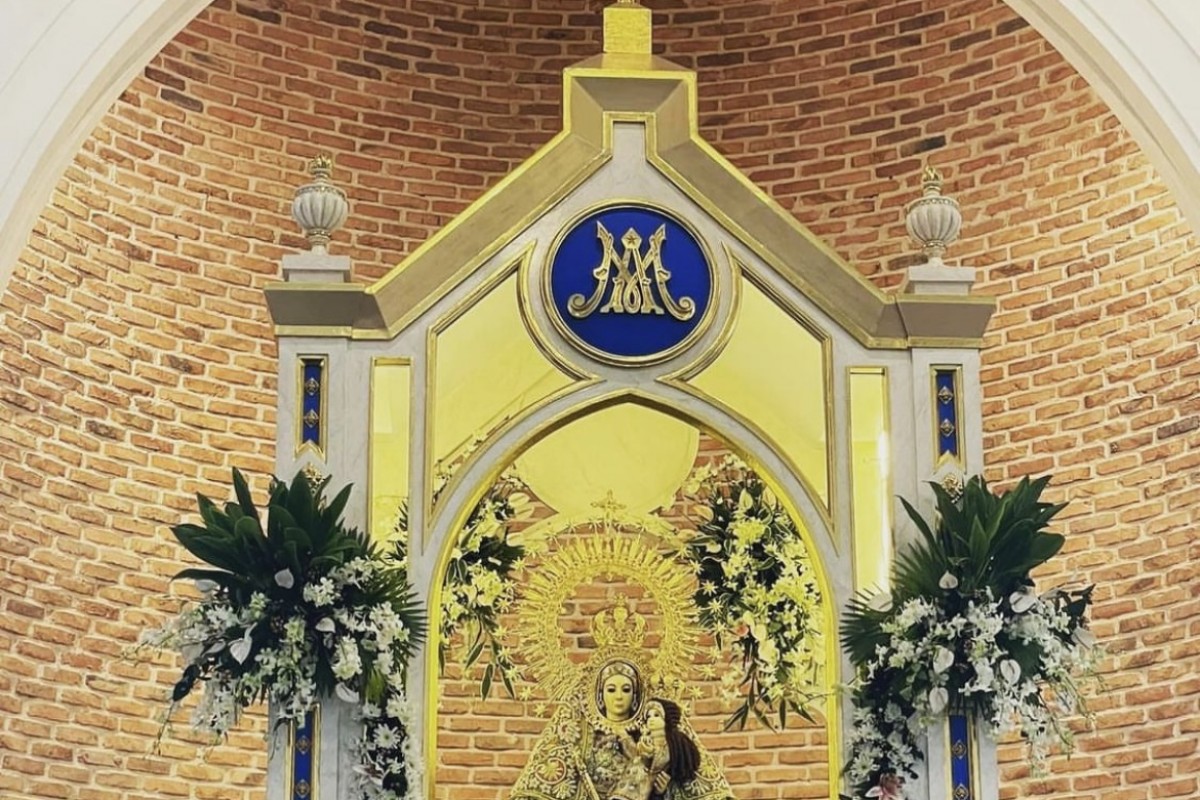 One of the most visited places in the province of Pangasinan is the Minor Basilica of Our Lady of Manaoag located in Manaoag town.

Devotees, coming from all over the globe, have various reasons for visiting the place, among which are pleas for health restoration, good voyage, or better fate.

Swarms of people fill the place during Sundays and religious occasions such as the Virgin Mary’s birthday, Holy Week, Christmas Day, and New Year’s Day.

The foremost religious item of the minor basilica is the locally made 17th-century ivory icon of Our Lady of the Rosary of Manaoag.

Recently, a replica of the Our Lady of Manaoag was enthroned by Archbishop Socrates Villegas and other priests on the pedestal at a side chapel of the St. John the Evangelist Cathedral in Dagupan City.

It was blessed by Most Reverend Charles John Brown, the apostolic nuncio to the Philippines.

The enthronement and blessing commemorated the days when the original image of the Our  Lady of Manaoag stayed in Dagupan from its home at the Manaoag Church.

Now, devotees can visit the image of the Our Lady of Manaoag which stays in Dagupan perpetually.

Historical accounts show that when the Spanish authorities in Pangasinan were on the verge of collapse in June 1898, the highest ranking Spanish officer in the province, General Francisco Ceballos, ordered his remaining troops to make a last stand in Dagupan against the revolutionaries at the old brick-walled Dagupan church.

Some of the “volunteers” guarding and securing the image of the Our Lady of Manaoag, however, joined  the revolutionaries and moved ahead to Dagupan to await their fate.

The remaining “volunteers” from Villasis, Pozorrubio and Manaoag, together  with the Dominican fathers, escorted the image of Our Lady of Manaoag on its way to Dagupan, arriving on June 27 of that year.

After the Spanish Army in Dagupan surrendered on July 22, the people of Manaoag, with the authorization of the Filipino military, took back the image of Our Lady of Manaoag to their town, where it still stays until now.

Incidentally, here’s a trivia on Manaoag.

The old name of the town was Sta. Monica.

It was changed to Manaoag after a famous tale about a lady with a radiant face calling a farmer from a tree spread.

The  call of the lady was translated in the dialect as “tawag”, till it became “Manaoag” or the place where the lady called.  (JCR/AMB/PIA Pangasinan)