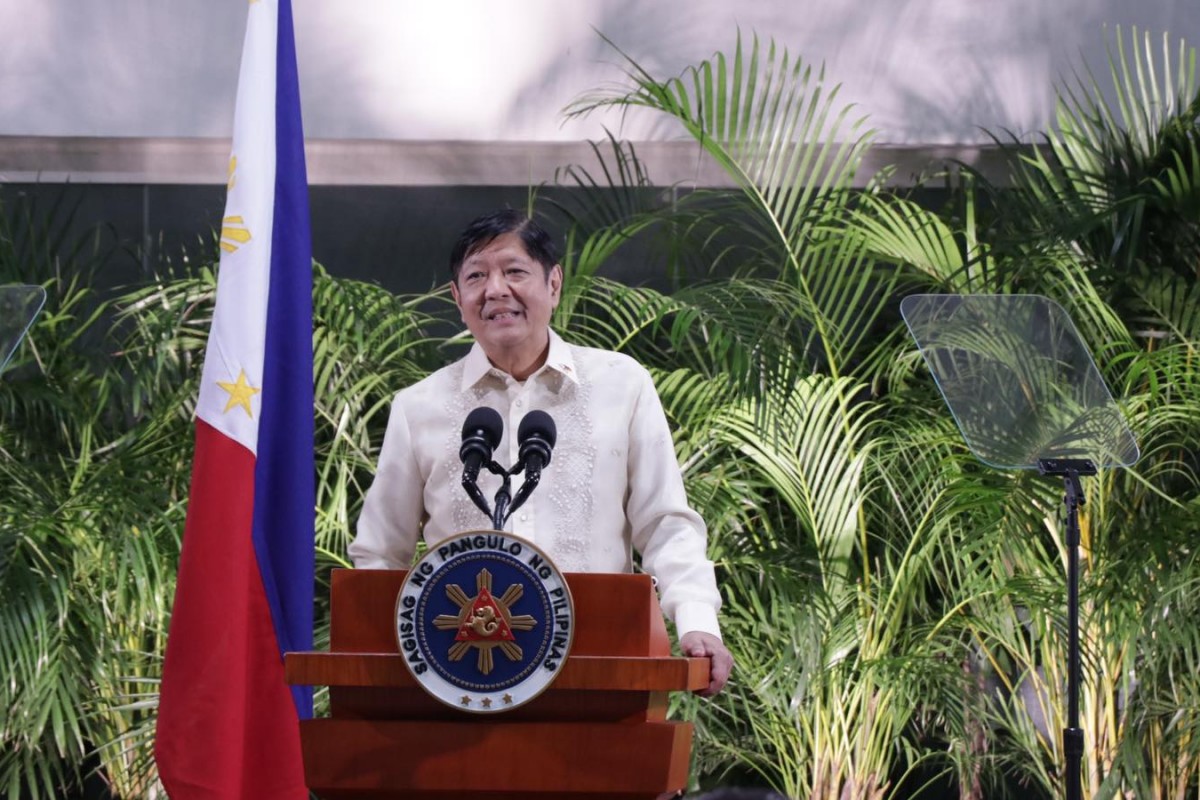 A survey research is a unique way of gathering information from a sample population. According to a popular online survey tool, surveys can help measure the representativeness of individual views and experiences. When done well, they provide hard numbers on people's opinions and behaviors that can be used to make important decisions.

When President Ferdinand “Bongbong” Marcos Jr. listed his accomplishments in the first 100 days of his administration on Saturday, Oct. 8, these may have given the nation and the world a message of confidence relative to the area of greatest concern.

Filipinos were also given a glimpse of the leadership style of Pres. Marcos amid a backdrop of certain issues presented by PUBLiCUS Asia Inc. in its recently published independent and non-commissioned national purposive survey conducted between September 16-20, 2022.

The results of the latest PUBLiCUS PAHAYAG Third Quarter Survey, conducted between September 16-20, 2022, suggest that 88 percent of the 1,500 respondents, who are all registered Filipino voters, said they “approve” or “strongly approve” of using renewable energy such as wind and solar farms.

It can be recalled that Marcos' inaugural state visits to Indonesia and Singapore earlier have secured around P804.78 billion (USD14.36 billion) worth of investment pledges. The pledges were enclosed in 10 letters of intent and 12 memoranda of understanding from 22 Indonesian and Singaporean investors who are eyeing to invest in the sectors of renewable energy, data centers, e-commerce, broadband technology, startups, government housing, and agriculture.

"This will support our country's economic recovery efforts and create more jobs for Filipinos here in our country," the Chief Executive said when he returned to the country on Sept. 7.

Also expressed in the PUBLiCUS survey and equally popular at 87 percent is the general sentiment of being fed up with the spread of text spammers/scammers to the point of wanting to penalize them.

The government’s course of action, the Cybercrime Investigation and Coordinating Center (CICC), a government agency facilitating the suppression and prevention of cybercrimes in its operational areas, has started filing criminal charges against some of the perpetrators.

Also in response, the President, meanwhile, is set to sign on Monday, Oct. 10, an enrolled bill by Congress, the SIM Registration Act, which aims to promote accountability in the use of SIM cards and aid law enforcers to track perpetrators of crimes committed through phones.

Next most approved issues in the said research are the continuation of government subsidies in the form of “Libreng Sakay” and ayuda for people below the poverty line (78%), and banning sexual offenders from teaching (76%).

The President, earlier issued a directive to extend Libreng Sakay along the EDSA Busway until Dec. 31, 2022, the Department of Budget and Management (DBM) has already released the P1.4-billion funding to support  the extended implementation of the Service Contracting of Public Utility Vehicle (PUV) Program, the program that funds free rides for commuters along the EDSA Carousel Route, and supporting up to 50-million ridership from Sept. 1 until Dec. 31, this year.

Likewise, also part of the government’s efforts to ease the burden of Filipino families amidst the rising cost of fuel and essential commodities, more than 2.2 million students will continue to  benefit from the Libreng Sakay Program that will run from August 22 to Nov. 5, 2022, as recommended by Transportation Secretary Jaime J. Bautista to President Marcos during the second Cabinet meeting.

Meanwhile, deemed as the most pressing among macro issues is uplifting the country’s economy with 23 percent of respondents saying that it must be the foremost focus of Marcos.

Also in the survey, one in 10 voters said that the most important issue the president should focus on is either corruption (12%), poverty (11%), prices/inflation (11%), or jobs (10%), which are closely interrelated with the economy.

It can be recalled that one of the promises of President Marcos was to craft a "comprehensive" economic agenda that will help the Philippines surpass its pre-pandemic level and become a "new and transformed" nation despite the prevailing COVID-19 pandemic.

In his first State of the Nation Address (SONA) on July 25, Marcos expressed confidence that the economic growth momentum "remains firm," but acknowledged that the country is still in the recovery phase "amid elevated uncertainty in the international economic environment."

"The economy is expected to grow by 6.5 to 7.5 percent this year as we continue to reopen the economy while considering the recent external developments," he said in his SONA.

“In the first quarter alone, GDP (Gross Domestic Product) saw an increase in household consumption and private investments, along with a robust manufacturing industry, high vaccination rate, improved health care capacity, and an upward trend in tourism and employment. This is expected to continue for the rest of the year. This strong economic growth is projected to be sustained and expanded further to 6.5 to 8 percent from 2023 until 2028," he added.

Just a day after he delivered his SONA, the President’s economic team unveiled the administration's eight-point agenda that will address short-term and medium-term constraints to the economic transformation.

In a report by the Philippine News Agency in August, Department of Budget and Management (DBM) Secretary Amenah Pangandaman said the proposed P5.268 trillion national budget for 2023 will serve as a "springboard for the economy's full-speed recovery," since it was crafted based on and in support of the Marcos administration's eight-point socioeconomic agenda.

The proposed budget, anchored on the theme "Agenda for Prosperity: Economic Transformation Towards Inclusivity and Sustainability", would address the immediate and pressing concerns of Filipinos in the near- and medium-term.

On Sept. 29, Malacañang said Marcos’ recent visit to the United States have yielded business deals and commitments with an estimated investment value of USD3.9 billion (P229.93 billion) with job opportunities for 112,285 Filipinos.

US investors are eyeing new or further investments in different sectors in the country, which include Information Technology and Business Process Management, data centers, and manufacturing, the Palace said.

Pres. Marcos also sought the cooperation of the private sector to help boost the competitiveness of various sectors, especially the country's agricultural industry which tops the list of his administration’s priority sectors.

In July, he formed the Private Sector Advisory Council (PSAC) composed of business leaders to enable his administration to meet its economic objectives with the big corporations' help and support.

His previous meetings with PSAC focused on talks over a possible partnerships to improve and strengthen the agriculture, health, infrastructure, water, energy, and tourism sectors.

Marcos and the business leaders in the country also discussed ways to expand the micro, small, and medium enterprises.

“The different programs and projects we launched in the past 100 days will strengthen the foundation for our recovery – health, livelihood, and peace. Under the Lord’s guidance, we will continue to work hard and serve the country. With your help and a united stand, we will rise again!” Marcos posted on Facebook on Saturday, Oct. 8. (PIA-NCR)