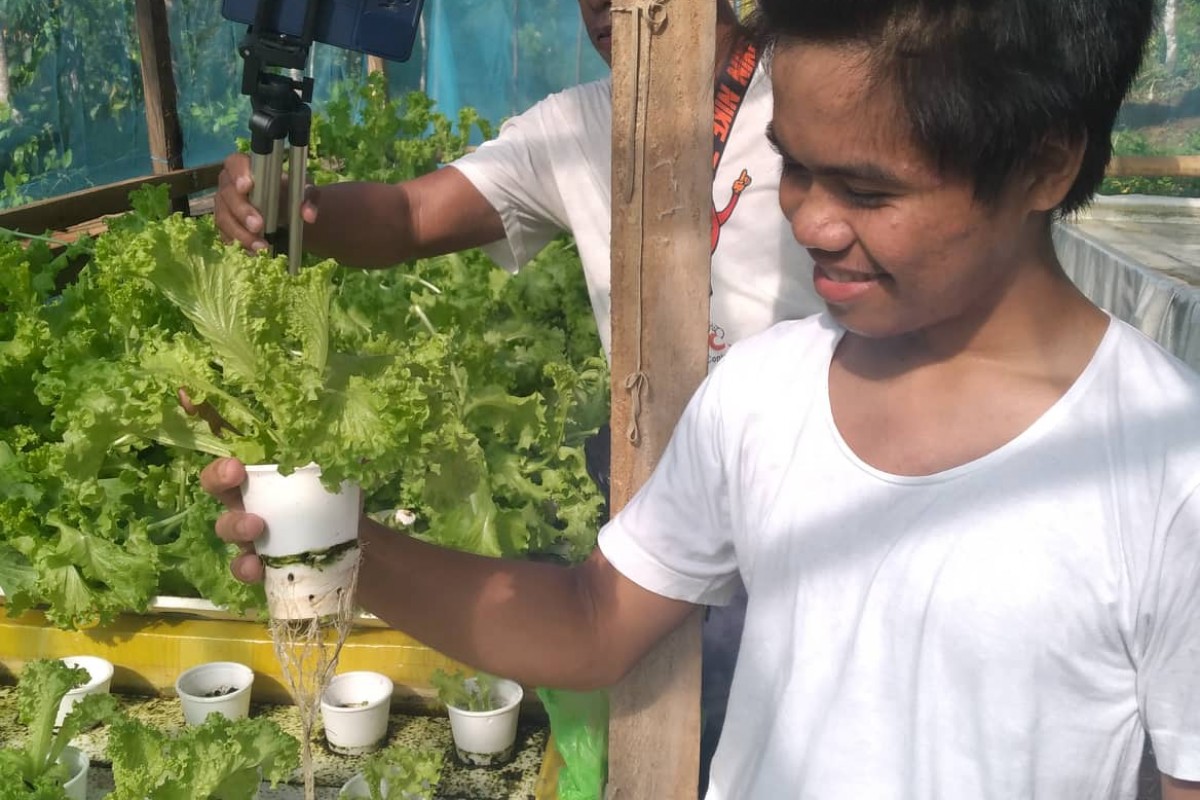 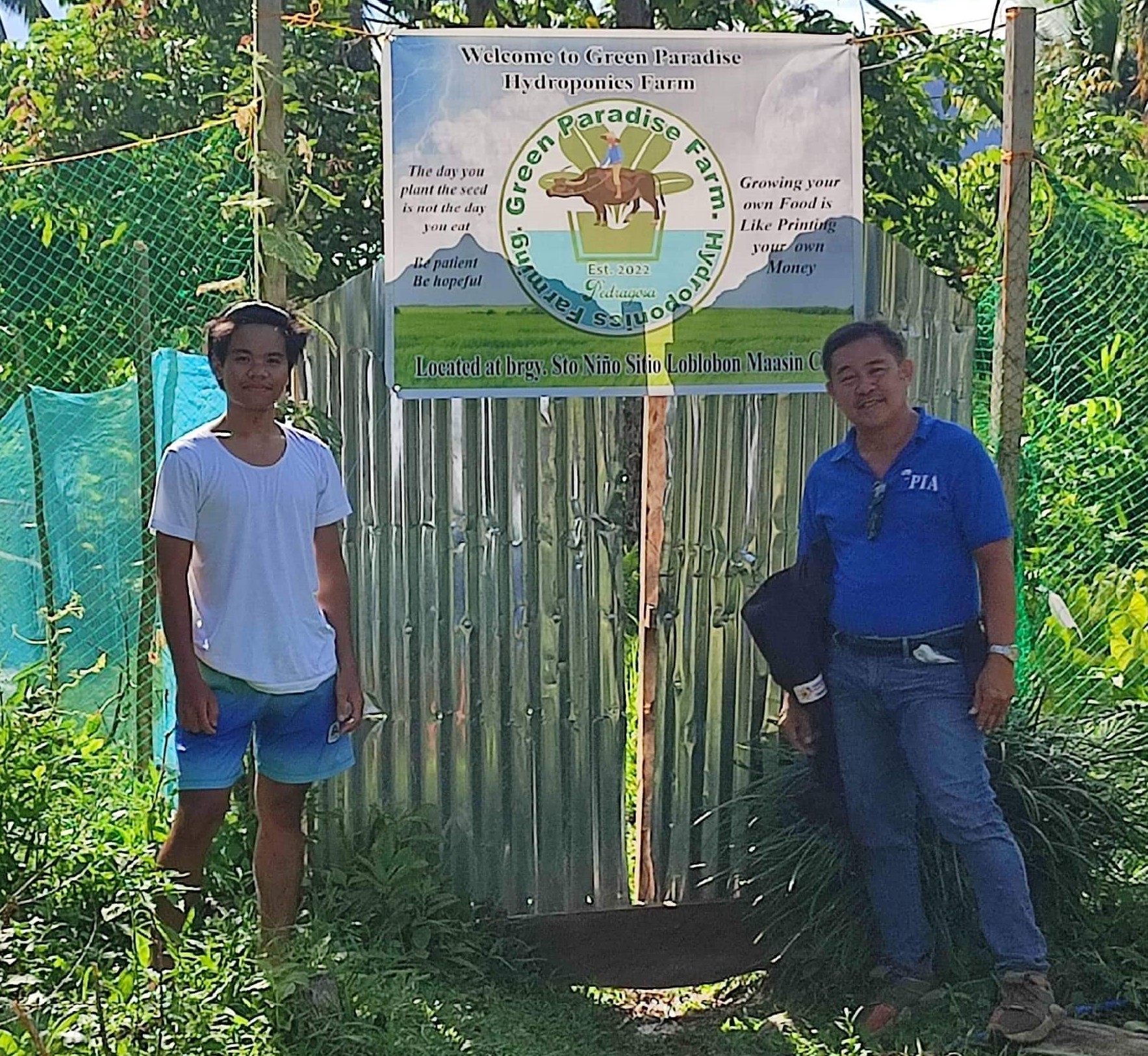 A 19-year-old lad living in a lush sitio in an upland barangay is tending lettuce plants like fish is to water, without any use of soil material.

That may not sound impressive enough, for anyone can do it in a method now called hydroponics, the style of growing plants in a watery field, a soil-less style of agriculture.

In the case of Mark James Pedragosa, he hatched the idea not in his mountain lair at Sitio Loblobon, Brgy. Sto. Niño, Maasin City, a place surrounded by greeneries, but in the concrete streets of Metro Manila, where he tried his luck in January this year, days after Typhoon Odette lashed her fury.

That, in itself, made it impressive.

Fresh from graduating senior high school the pandemic way, and armed with a TESDA certificate of being trained a welder, the aspiring James ventured into the metropolis, seeking his luck, and finding work in a plastics factory first, and then in a textile outlet.

What drove him back to the rural setting was a TikTok video he saw about growing plants using water, and he was more attracted to the kind of plant that was grown with water, a lettuce, in which its succulent leaves are base ingredients in the preparation of salads, be it at home or in restaurants.

In April, barely two months in the busy, crowded Manila, James applied what he saw on TikTok.  With only P100, he bought the needed materials to initially grow 15 lettuce plants using disposable cap and styrofoam.

By June 15, he was back at his secluded place in Sitio Loblobon, Brgy. Sto. Niño, Maasin City, fully inspired and raring to put his initial lettuce try in an actual farm, at their untended lot, now fully occupied with creeping vegetation and unkempt bushes, an overhaul and total makeover had to be done right away.

Using money borrowed from his uncle, the brother of his father, in the amount of P 25,000, James, with the help of his family, has put up a greenhouse structure, approximately 4 meters by 16 meters in area, covered with mosquito nets all around, the roof made of transparent cellophane so the rays of the sun can easily seep in.

“I personally sell my first produce at the Bagsakan area in the provincial capitol on a Friday,” James said, “my customers were a mix of know-nothing and fully familiar, but they were all happy to learn the lettuce I sell was home-grown by me, and before 8 in the morning, my stocks were sold out.”

Next day, Saturday, was regular “tabo” or market day at the city proper, and he did the same thing of selling the lettuce at three (3) plants per P100, then hearing the same "A-Ha” moments from shocked-and-awed buyers upon knowing his plants are locally produced -- minus the soil at that.

By the time PIA took the 15-kilometer, mostly rough and gravel, winding, upland road to James’ lettuce farm Sunday, October 9, he had already collected P27,000 from his efforts -- exceeding the borrowed fund of P 25,000, the capital fully recovered in just four (4) months.

And he has enough stocks to sell -- 30- and 45-day-old lettuce plants -- that he is capable of delivering to a “Suki” from Bato, Leyte, any day of the week, when this suki will message him on facebook or messenger, his only means of outside communication.

James and this Bato suki will meet at Maasin terminal every time an order worth P1,000 was placed, James shared, so he saved fuel costs in his single motorcycle by not going to the town of Bato, which is about 30 kilometers away, while his two regular buyers in the city will see him every weekend on tabo day.

Farming runs in the blood of James’ family.  His mother, Ana Lisa, tends to crops and vegetables the natural way, while his father, Marvin, in his mid-forties, made tuba wine from his elder brother Vincent Mark, a tuba gatherer. His younger brother, Mark Liam, is still in Grade 2.

From a mere experiment in the jungles of Metro Manila, James venture finds real-life expression in “Green Paradise Farm -- Hydroponics Farming” as the tarpaulin in the entrance of the lettuce area announced in warm welcome.

For sure he will go into business, agri-business, with soil-less fresh lettuce as the main product, and others by the side -- pechay, ampalaya, eggplant, cucumber, siling labuyo, all soil-based, and raising some chickens, too, the native ones and the so-called heritage stock.

“Growing your own food is like printing your own money,”  the Green Paradise Farm wrote in its entrance tarpaulin.

And yes, it is.  (LDL/MMP/PIA-Southern Leyte) 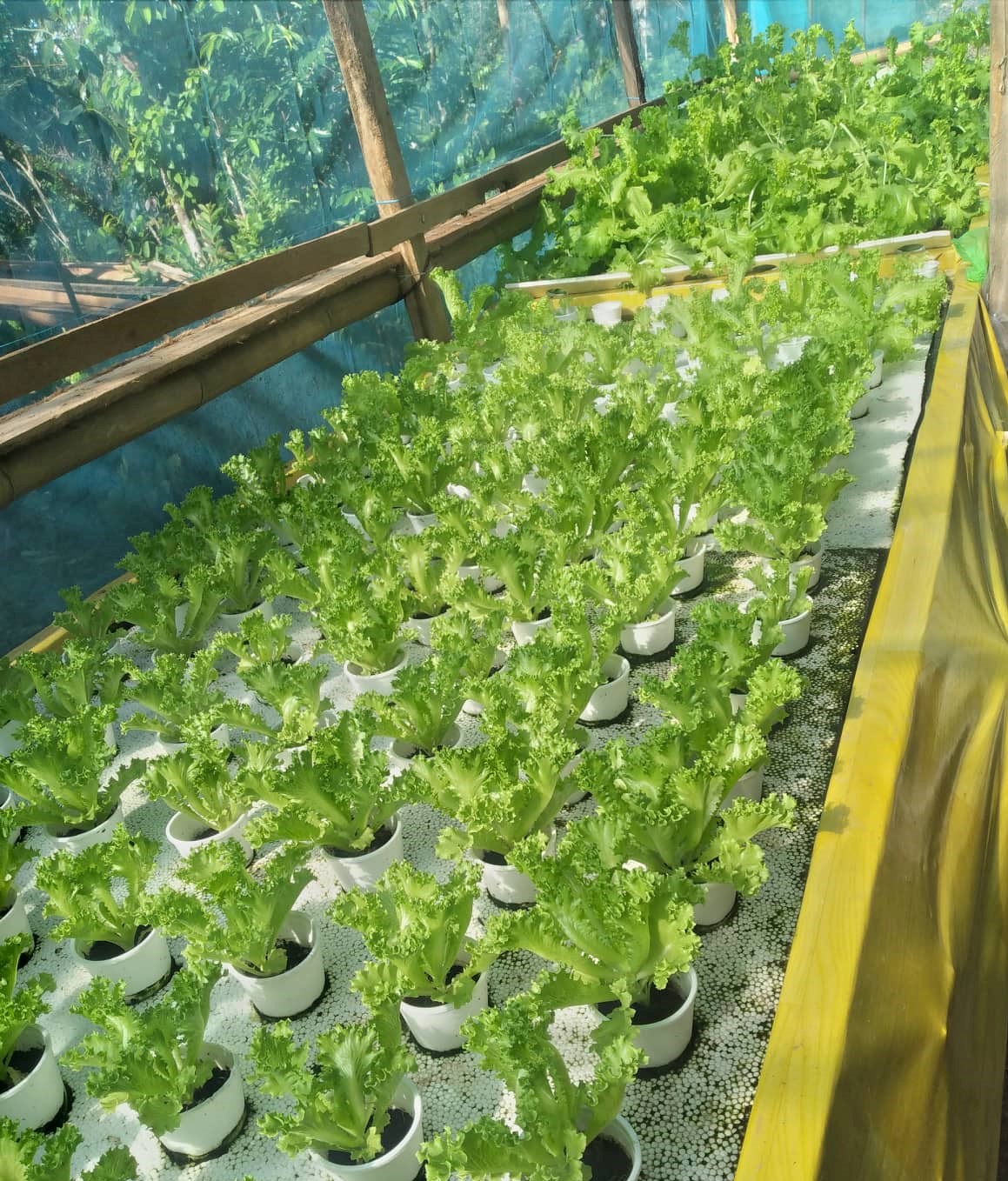