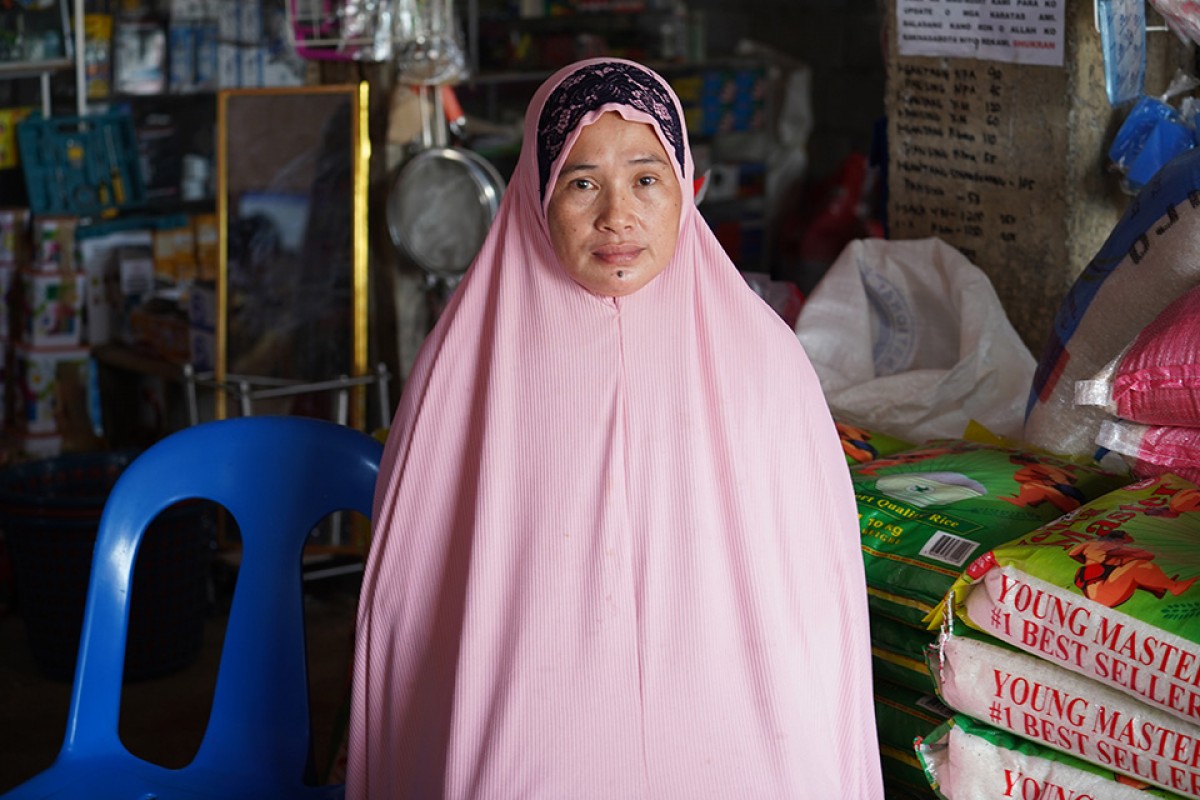 It was a hard slap to the face for Samsia Abedin when her cooperative members withdrew their investments in lack of faith. But she proved them all wrong when their business not only prospered but became a breeding ground for altruism within the community and old members came crawling back.

15 Squad Consumer Cooperative was originally founded in Iligan City where Samsia and their members relocated after the siege. They decided to return to Marawi after a few weeks but upon seeing their home run to the ground – not even the Lake could save them at the time – doubt started to settle in and members started withdrawing their initial investments.

It won't work, they said. We're just wasting our money.

What originally started as a 62-person cooperative dwindled down to 25. But as the saying goes, it's about the quality, not the quantity. With the faith of the few who stayed, 15 Squad started their mission of helping the community back on its feet just as the International Organization for Migration (IOM) and Korea International Cooperation Agency (KOICA) started entering their lives. After interviewing cooperatives all over the city, they were one of the lucky few who were chosen by the IOM for their livelihood program.

Living in a far-flung area meant that transportation always was and always will be an issue. Prior to the siege, a good number of citizens in Ambolong village in Marawi City were tricycle drivers and because of their location near Lanao Lake, the other half were fishermen. Both livelihoods were completely eradicated after the siege – no one wanted to go out of their way to visit the barangay and the siege had left anything caught in the lake inedible.

The cooperative entered the rice trading industry with the mission of providing the community with basic necessities that would aid their 'pagbangon'. Their choice proved to be right not only for the citizens of Ambolong but also for neighboring communities who no longer had to descend to Mindanao State University to purchase their basic needs, saving both their time and their money. However, as time went on, it became more and more apparent that the people needed more than rice to survive and 15 Squad took it upon themselves to diversify their products to include groceries and other household items to cater to their community’s needs.

But their social service does not end there. The cooperative is going the extra mile in its pursuit of a stronger and more inclusive community rebuilding by taking one of their members’ children along with another unnamed orphan as scholars under their wing. The former is currently a student of Mindanao State University while the latter is a Toril student without any financial or familial support aside from the cooperative.

It might come as a surprise to some and hold a semblance of poetic justice for others, but before they became 15 Squad, named after Samsia’s fifteen children, the cooperative was originally going to be named Survivor. The change in branding was brought about by a few other siege survivors from other communities who had some choice words on the matter. Although their name may have changed, it is as clear as day that everything they are doing follows the mandate of one survivor helping out another.

From being shunned by her own members, Samsia and her cooperative are a testament to how far a little faith and a whole lot of hard work can go. They encourage others to help out when they can, to keep moving forward, and most importantly, to not give up. With faith, hard work, and a little timing, they can attest that truly anything is possible. (PJF/PIA-10 Lanao del Sur) Some members of the 15 Squad Consumers Cooperative posed in front of their store used originally for their rice trading business but expanded, later on, to include groceries and other household items to cater to their community’s needs. (Jason Casas/PIA-10 Lanao del Sur)