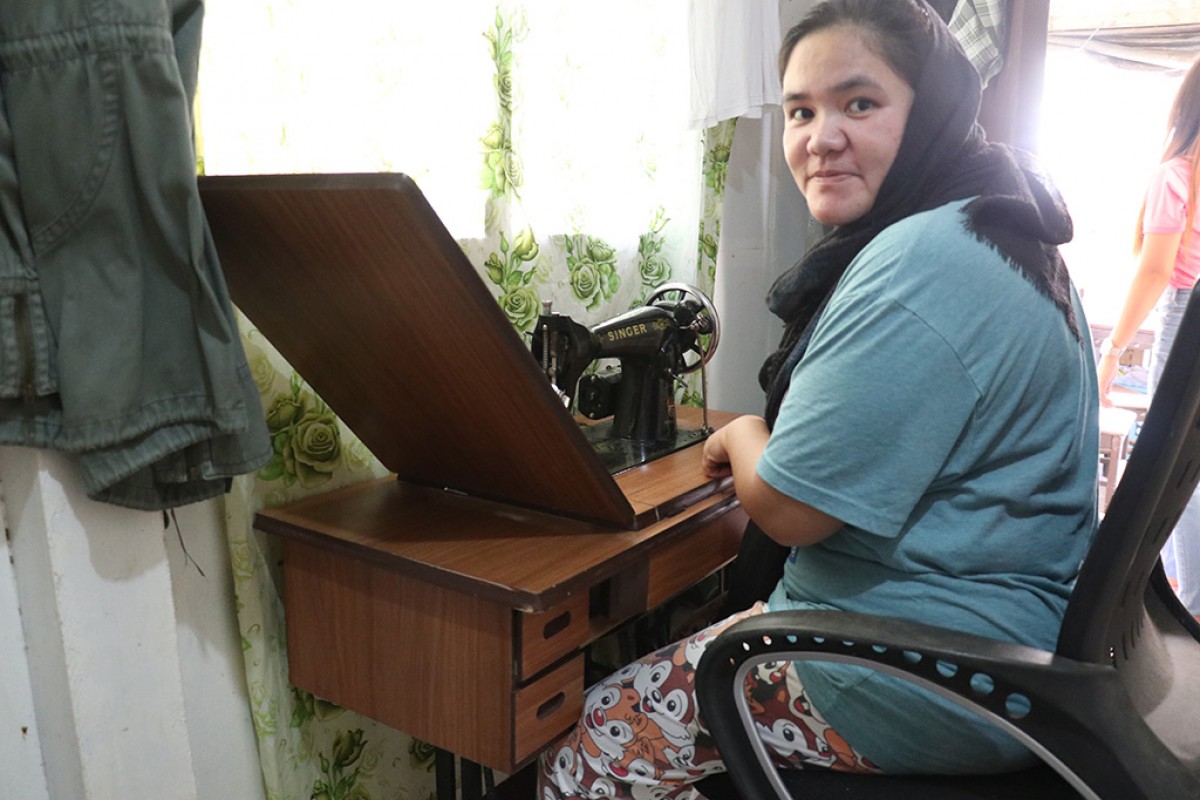 Sorayma Batuas had her life ripped apart the moment the siege hit. From owning and running a glassware store in Ground Zero, her family was forced to evacuate to Balo-i, seeking refuge within their relatives’ homes. Before too long, her older sister in Cagayan de Oro City took them in and provided for them but a single low-income earner could not provide for an entire family without a few setbacks.

During their time in Cagayan de Oro City, neither Sorayma nor any of her family members received relief packages, leaving the burden of caring for the family solely up to her sister. A few relatives advised them to return to Balo-i where relief goods were given regularly but were met with hesitation from her father.

Balo-i would be a dead end, he argued. In Cagayan de Oro, they had her sister to provide for them whereas they had no livelihood in Balo-i. What would await them there should they decide to return? But Sorayma was having none of it. The relief packages under their name would just go to waste, she argued. It was their right as former residents of Ground Zero, and it wasn’t like they could live off her sister forever.

Eventually, her father gave in.

So they returned to Balo-i and stayed at her uncle’s house. Because the siege was still fresh, there was no shortage of relief goods that came their way but as time passed, supplies dwindled until they were right back where they started - barely having enough to get by. Eventually, however, her parents managed to establish a small sari-sari store by the roadside where her mother sold street foods like tempura and kwek kwek next to an elementary school.

Some time along the way, they applied for the National Housing Authority (NHA)’s temporary housing program. They weren’t sure if they stood a chance, but on the chance that they didn’t get it, then it wouldn’t be for the lack of trying. It wasn’t until a year later that they heard back.

They got the housing program.

The family wasted no time and immediately went to check it out, and before too long, Sorayma moved into the house with her now-husband and her sister. Despite her father’s initial hesitation, he decided to stay in Balo-i along with his wife and they continued to keep their little sari-sari store open.

His death was rough on the family, but after a couple of tries, they managed to convince her mother to move in with them in their new home in Sagonsongan transitory shelter. But just because they were together again didn’t mean that their financial troubles just magically disappeared. They still had no stable source of income, and while Sorayma’s husband worked, it wasn’t near enough to provide for their family.

But as they say, when one door closes, another one opens. In the same year that she lost her father, Sorayma received a call from the International Organization for Migration (IOM) and Korea International Cooperation Agency (KOICA) telling her that she was one of the lucky recipients of their livelihood program. They asked her which skill she would like to learn and she told them she already knew the basics of dressmaking and that she’d like to build on that. It took a little over a month after the initial interview before she got the call that they were finally going to start their training. 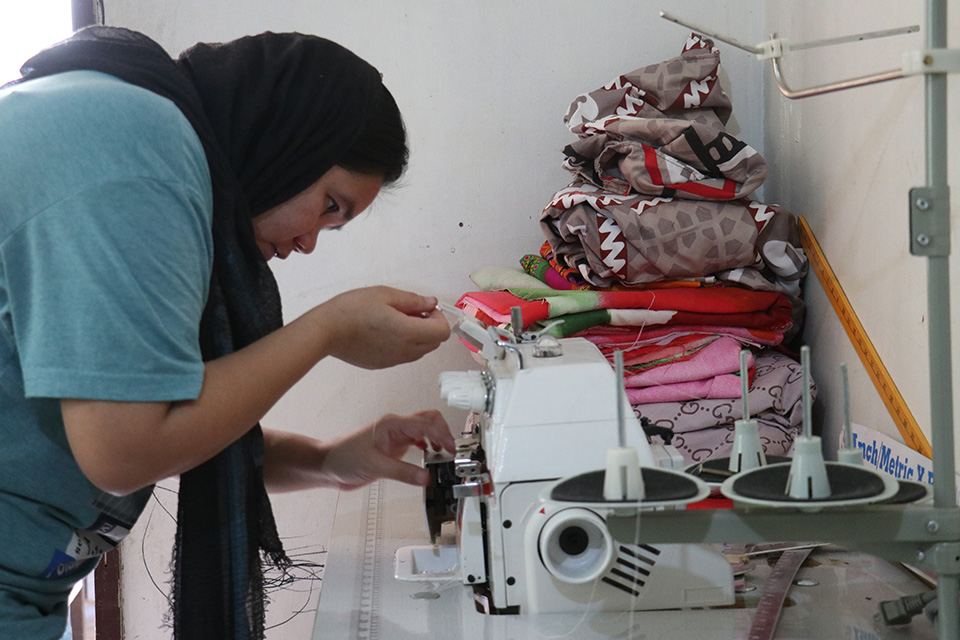 Sorayma Batuas, now living in Sagonsongan Temporary Shelter, shows one of the sewing equipment she got from IOM-KOICA after completing the dressmaking skills training they offered for IDPs. (Jason Casas/PIA-10 Lanao del Sur)
Delete

Their program in partnership with TESDA lasted for almost another month at MH4 Marawi and once they graduated, they expected that they were going to receive a starter pack with one sewing machine. Little did they know that the IOM had more in mind for them. From threads, needles, sewing tables - they even got two sewing machines! - IOM had them fully equipped and ready to start their business the moment they stepped out of their graduation ceremony.

Now Sorayma has her own little dressmaking shop in Sagonsongan in their temporary shelter where she makes and sells bedsheets and traditional malongs which provide for her child and her family. Thanks to IOM-KoICA, her life is back on track and she’s finally patching up loose threads. She admits that she has not quite mastered making actual clothes and dresses yet, but she’s getting there, and with each improvement she makes, that holds the promise of a brighter future for her family. (PJF/PIA-10 Lanao del Sur) 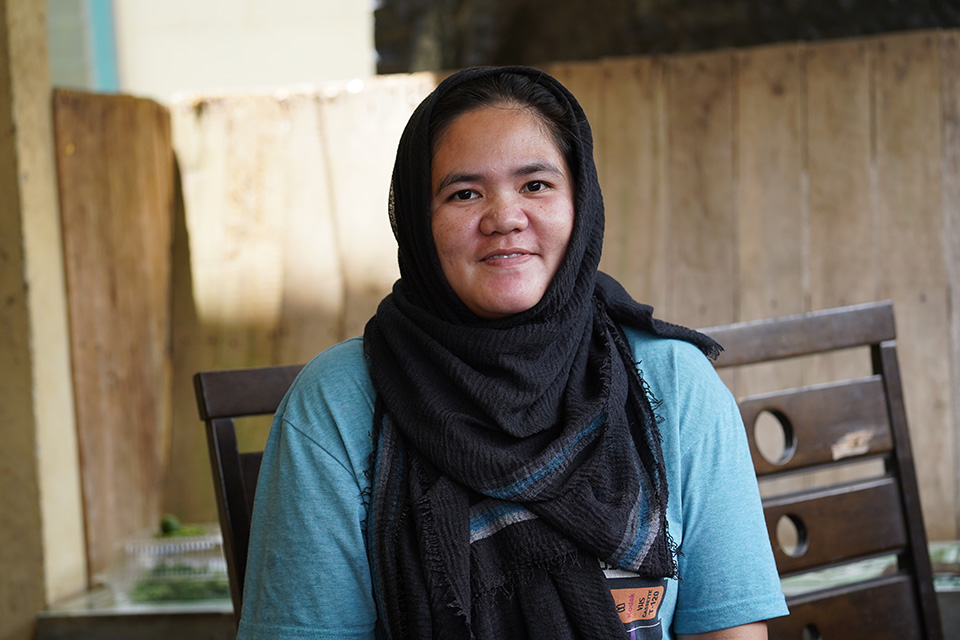 Sorayma Batuas is thankful for the dressmaking training and starter kits she received from IOM and KOICA under the "Driving Marawi’s Rehabilitation through IDP support, Community Development and Peaceful Transitional Action.” Jason Casas/PIA-10 Lanao del Sur)