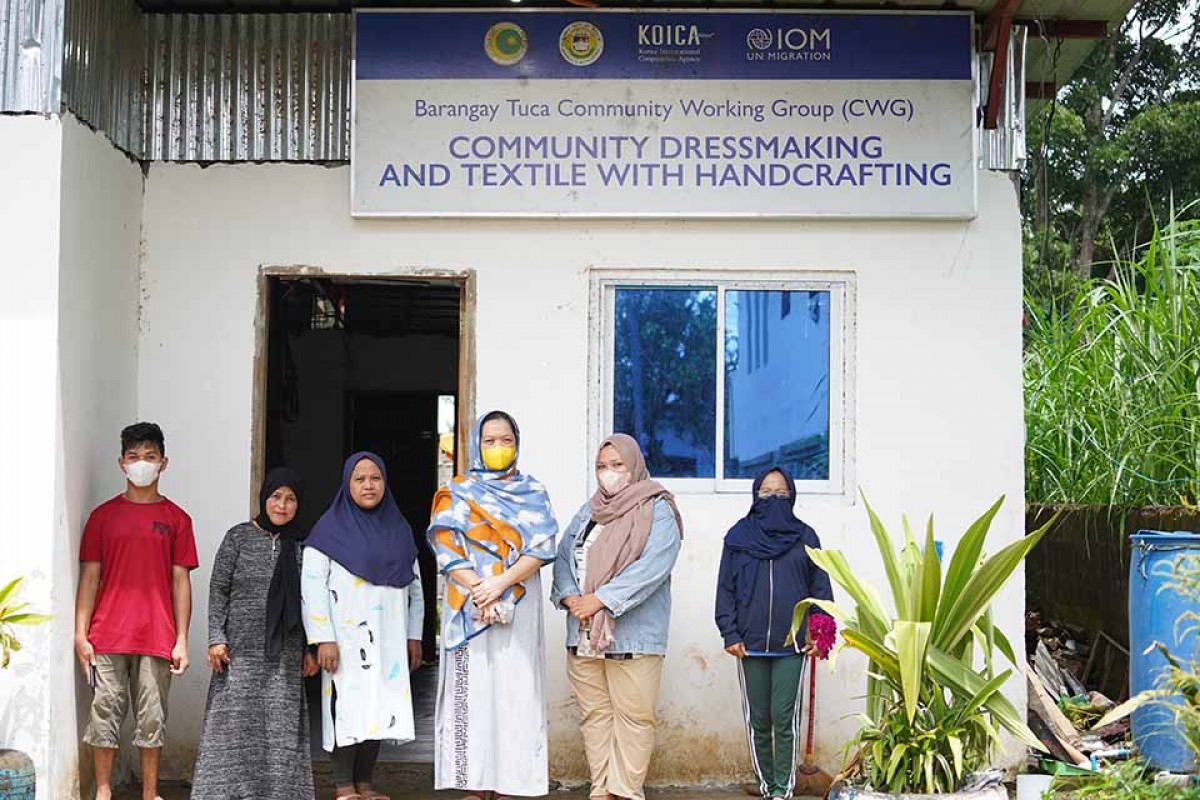 Jamila Macadato may not always have been part of Tuca’s community but that didn’t mean that she lacked their community spirit. In fact, she even stepped up and took charge when no one else would once they became beneficiaries of the livelihood program of the International Organization for Migration (IOM) Philippines and Korea International Cooperation Agency (KoICA).

Before the siege, Jamila would often visit the village and could see that the community was comfortable. Much like other barangays, however, they were forced to evacuate once the siege hit with a few of the men staying in the area for a month or two before they too were forced to leave. By the time they returned, it was clear that life could not continue as it once had.

Thankfully, IOM-KoICA was there to help them get back on their feet. Together, they formed a community working group with Jamila choosing the representatives for each sector. According to her, it was all about whether or not someone could be trusted to lead and take part in their community project. So she chose those who had a reliable and trustworthy reputation but her plan soon backfired when it came to the training sessions.

IOM-KoICA is known for its rigorous and intensive training sessions and because Jamila hadn’t bothered asking her chosen sector heads if they were willing to commit to the responsibility, more than half of them ended up flaking.

It was clear that they couldn’t keep doing this and even if they did, it meant that the training would go to waste since the participants weren’t taking it seriously. Eventually, as she always does, Jamila took matters into her own hands and asked IOM-KoICA if she could change their sector heads. Thankfully, they allowed her to do so and this time she made sure to double-check and ask if they were up for the responsibility. She didn’t stop there though. As an extra precaution that history wouldn’t be repeating itself, they implemented a rule that whenever someone missed a session, they would immediately get replaced.

The results were almost instantaneous. Every meeting, every training, every seminar, they had 100% attendance, and it wasn’t too long before they finally made progress as a community working group.

Of course, it wasn’t easy. Jamila personally described their training as a couple of months worth of “torture” but admitted that at the end of the day it was worth it. After all, they weren’t just taught the skills needed in dressmaking but also skills in bookkeeping and entrepreneurship in order to ensure that their livelihood wasn’t going to flop once they received it.

Jamila testified that the opportunities the CWG brought greatly improved the lives of the citizens now that they don’t have to worry about where their next paycheck is coming from. The constant mess that you’ll find in their center is proof that business is booming. But none of it would be made possible if she hadn’t stood up and taken the wheel when no one else would.

IOM-KoICA’s mission is truly a noble one, but a mission and advocacy can only go so far. The opportunities they give their beneficiaries are merely starting points to a life where they can independently and start a stable life, the rest is solely up to the individual and whether or not they have the drive to go after their vision. (PJF/PIA-10/Lanao del Sur) 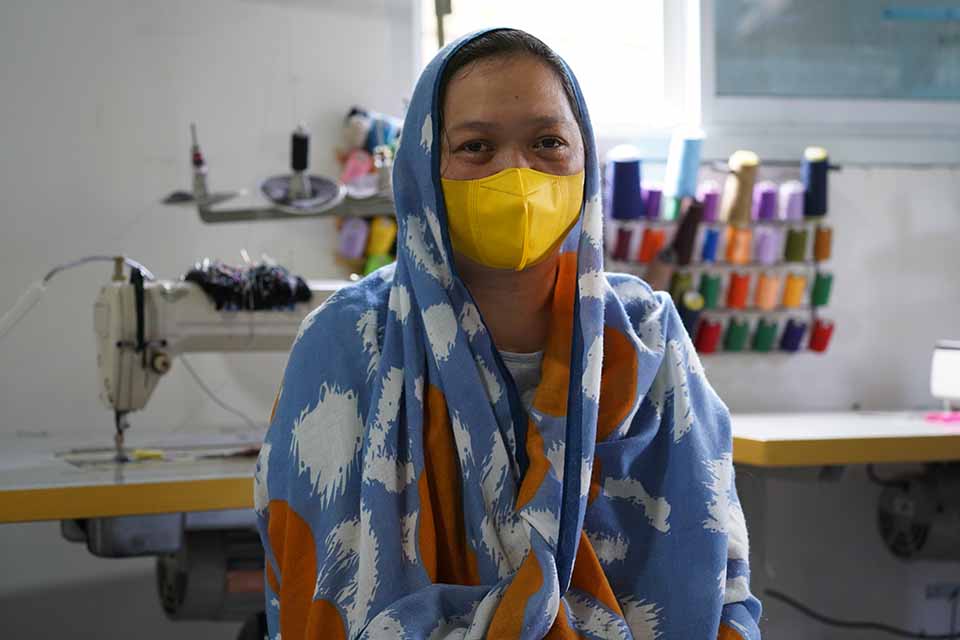 Jamila Macadato shares how the Barangay Tuca Community Working Group was formed and the economic opportunities it brought to its members later on. (Jason Casas/PIA-10/Lanao del Sur)