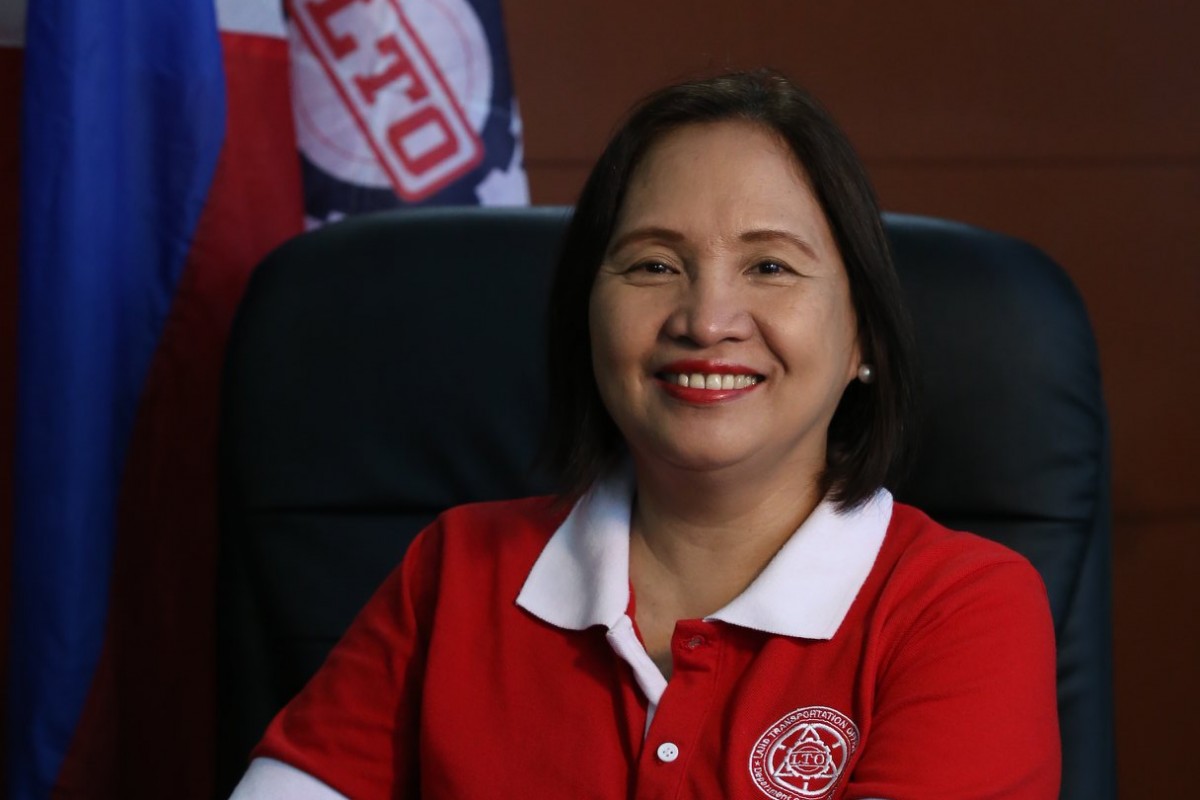 NAGA CITY, Camarines Sur (PIA) – As the world commemorates the World Day of Remembrance for road crash victims this month, it is noteworthy to also acknowledge the people who strive hard to make the road a safer place for everyone through their dedication, honesty and above all, integrity as public servants.

The Land Transportation Office (LTO) in Bicol is lucky to have people who have stood their grounds from corrupt practices and never got swayed with the glitter of money, for whatever it is worth.

One of them is no less than the new LTO Naga District Office Chief Grace R. Rojas.

42 YEARS. That’s how long Chief Rojas has been serving the LTO as a public servant. For over four decades, she has worked to deliver an outstanding level of commitment to the cause of LTO as an agency. She has worked her way up to the ranks, bringing along the lessons she has learned to help improve the client’s experiences with the office.

“As a public servant and as a person with integrity and values, I will continue to push the boundaries to provide quality service for all the people I encounter.”

Chief Rojas was assigned to LTO Naga earlier this October. She previously headed LTO Sorsogon where she served since 2020. 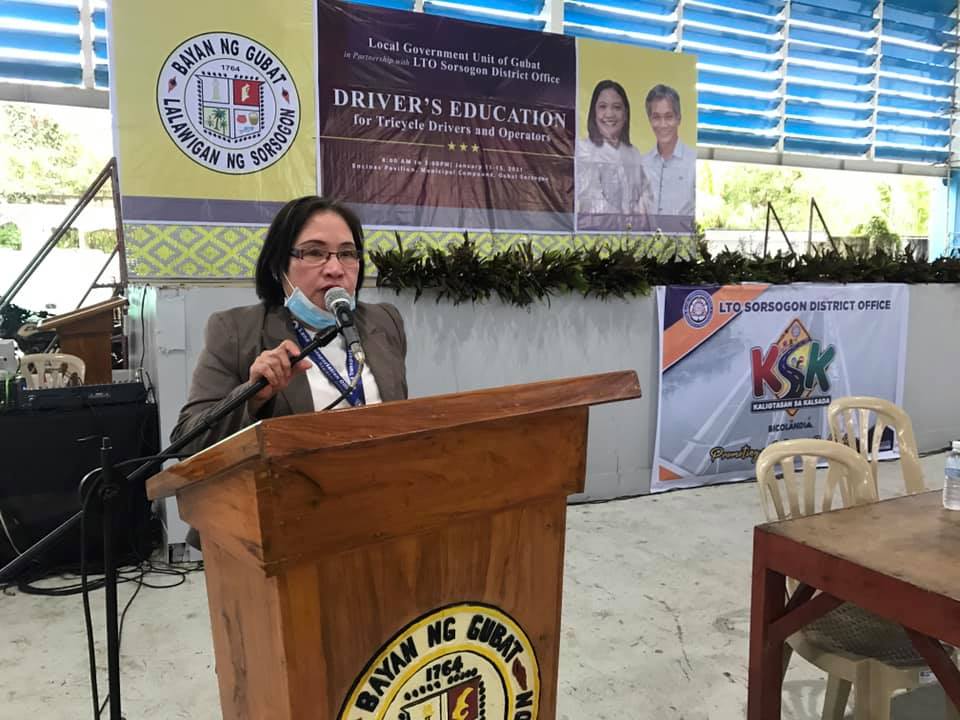 Chief Rojas served LTO Sorsogon for two years before she was assigned to Naga City. At LTO Sorsogon, she most notably championed the importance of providing all road users access to LTO services and road safety education. Apart from ensuring the office delivers its mandates, she often went to different barangays through outreach programs to deliver discussions on road safety and land transportation laws.

After the LTO made it mandatory for driver’s license applicants to undergo both theoretical and practical, Chief Rojas helped deliver free theoretical courses for the LTO Sorsogon clientele. She took it a step further by going to barangays to deliver the lessons herself, reaching more people and catering to those who were unable to go to the district office.

Before leaving her last post, the Provincial Government of Sorsogon thru the Sangguniang Panlalawigan headed by Hon. Jose Edwin B. Hamor and Hon. KrunimarAntonio D. Escudero III,  passed Resolution No. 271-2022 or a Resolution Supporting Land Transportation Office (LTO) Program for Free Driving Lessons within the Province of Sorsogon in support of Chief Rojas’ initiative of offering free theoretical driving lessons for the constituents of the said province. 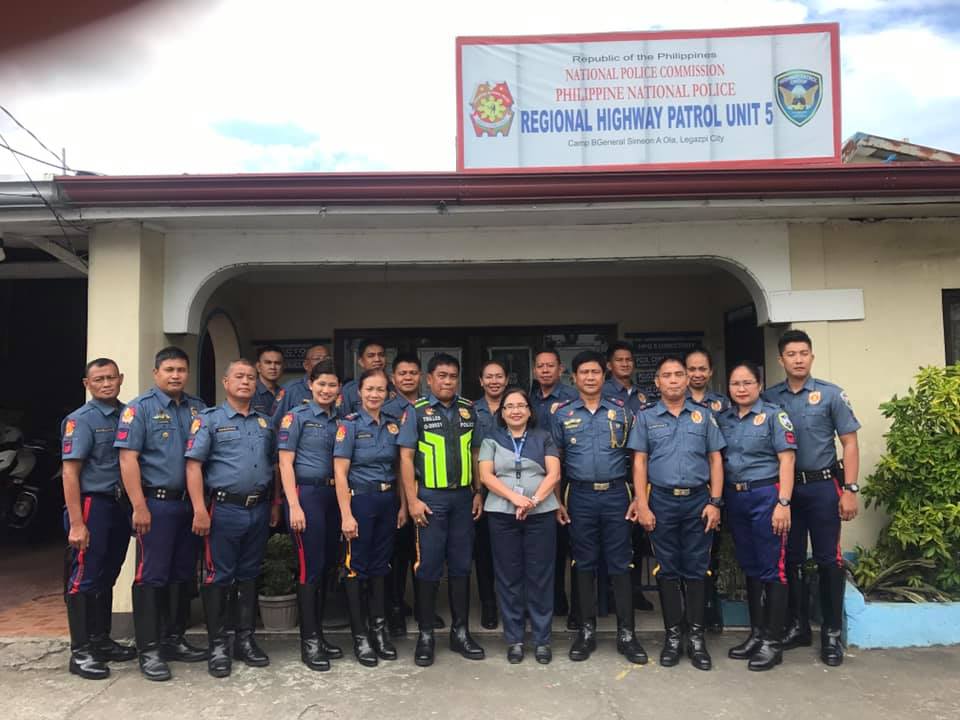 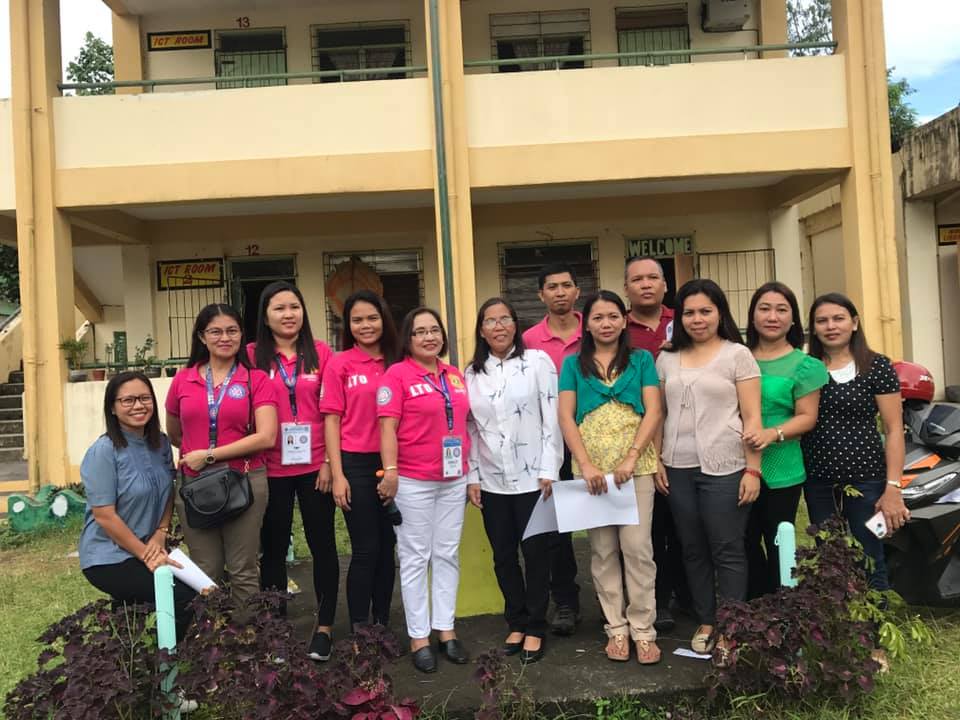 Under Chief Rojas, LTO Sorsogon worked closely with PNP Sorsogon and other government organizations and training officers to support LTO mandates and worked with them to deliver road safety lessons to different groups and sectors.

Vision for Road Safety in Naga City and Camarines Sur

LTO Naga covers Naga City and adjacent barangays in Camarines Sur, making it one of the biggest district offices of the LTO Bicol.Her plans include; leveling up road user knowledge on road safety and land transportation, streamlining LTO Naga services, and delivering on the demands of the LTO Naga clientele.

The first thing she plans to do is to “train the trainers”. 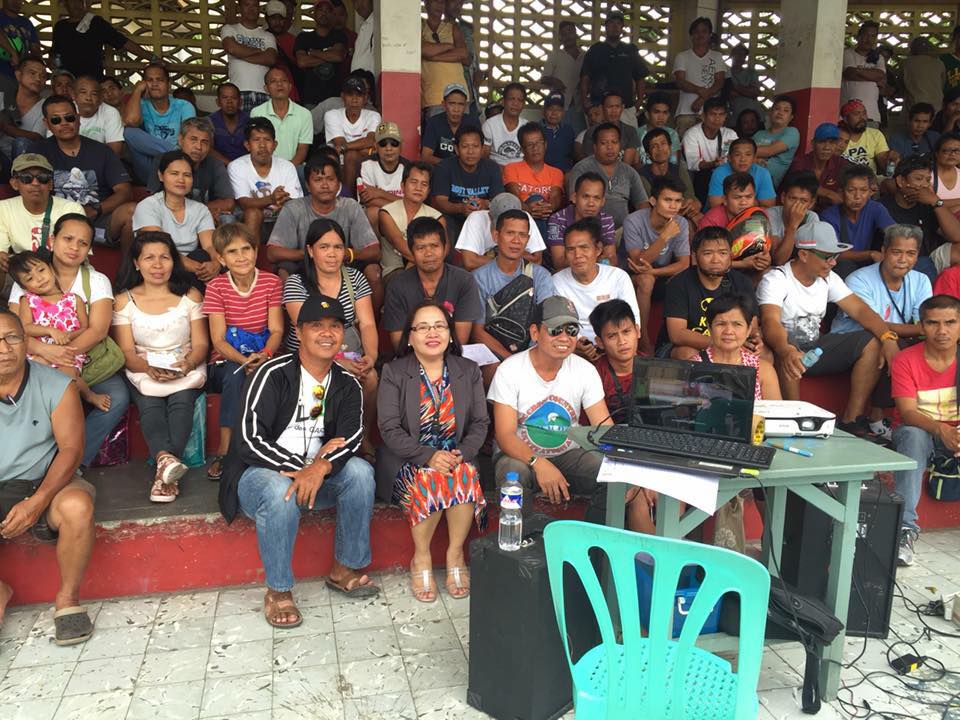 Before leaving her last post, the Provincial Government of Sorsogon thru the Sangguniang Panlalawigan headed by Hon. Jose Edwin B. Hamor and Hon. KrunimarAntonio D. Escudero III, passed Resolution No. 271-2022 or a Resolution Supporting Land Transportation Office (LTO) Program for Free Driving Lessons within the Province of Sorsogon in support of Chief Rojas’ initiative of offering free theoretical driving lessons for the constituents of the said province.
Delete

In her 42 years in the LTO, Chief Rojas has sharpened her public speaking skills and the delivery of road safety information. Being very “hands-on” in nature, Chief Rojas often gives road safety lectures and seminars herself so that she is able to directly address any questions the road users may raise.

Now, she wants to train younger employees of the LTO Naga to deliver road safety information in engaging and dynamic ways. This is to ensure the continuity of road safety awareness among the public.

Building upon her work at LTO Sorsogon, Chief Rojas is looking to keep providing free theoretical lessons for drivers not just by teaching people who go to the office but by going to different barangays to cater to those who are unable to make the trip themselves. Through this effort, Chief Rojas looks to lower the apprehensions in the city brought on by the lack of documents, failure to apply for student permits, or lack of knowledge of land transportation laws.

While in LTO Sorsogon, Chief Rojas created a “drive-through” method for motor vehicle transactions. This applies the same principles used in the Private Motor Vehicle Inspection Center (PMVIC) in the LTO Pili Extension Office. Through this method

Chief Rojas will arrange different stations based on the order of requirements for motor vehicle registration and renewal – this will make the process easier for the office and the clients. Because of the wide area covered by the LTO Naga District Office, this is something that can also be replicated in LTO Naga.

Finally, she wishes to continue her efforts to deliver road safety education to drivers, students, operators, and other road users through road safety education seminars which the office provides for free. Chief Rojas plans to continue connecting with different government offices, academic institutions, private organizations, and more to deliver road safety information based on their needs. She holds that educating road users is the best way to keep them safe on the road.

These are the goals she wants to meet as Chief of LTO Naga.

Chief Rojas’ history in the LTO

An outstanding employee of the LTO, very few knew that it was in LTO Naga that Chief Rojas began her career in transportation and road safety.

From 1980 to 1984, Chief Rojas worked as an emergency helper at the LTO Naga District Office. Her job is to offer assistance in all the stations of the office. She supported permanent employees in inspection, registration, licensing, and in enforcement of other mandates. She also did different clerical tasks and other coordination work with the administrative division to meet different concerns of the office.

In 1984, she was promoted to Senior Cash Clerk of the LTO Naga where she performed the functions of the clerk; she collected payment for LTO services, issued transaction receipts, and certified receipts and other documents. She held this position until 1986.

The next year, she was promoted to Senior Clerk and tasked with the coordination of office activities and ensuring the correctness of data in projects, reports, and other documents.

From 1987 to 2002, Chief Rojas worked as a Cashier for LTO Naga and the LTO Bicol Regional Office. As Cashier, she handled client payments for LTO services. She was in charge of issuing receipts and other official documents that verified payment and other official transactions.

During the period Chief Rojas served as cashier, the Commission on Audit (COA) found no suspicious audit findingsas a result of the accountable forms she organized.

Following her role as a Cashier, Chief Rojas was promoted to head of an LTO Bicol District Office in LTO Tabaco. 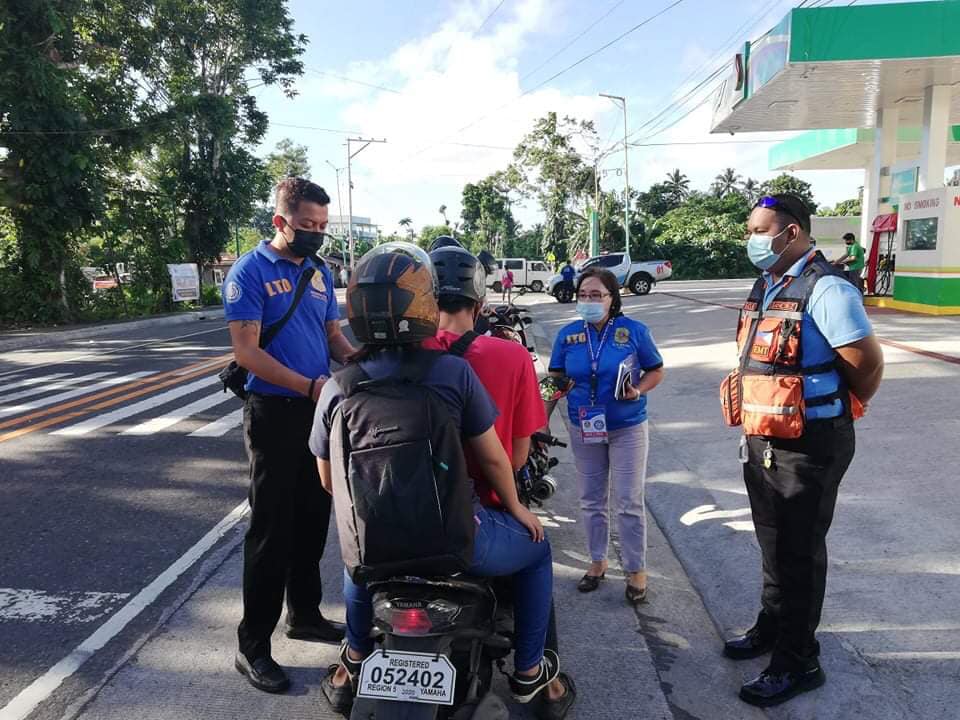 Embracing the role of leader

Chief Rojas began her role as a leader from 2010 to 2011 in LTO Ragay. From 2011 to 2013, she served as the Chief of LTO Ligao, then LTO Guinobatan. During these first three years, Chief Rojas began to wade into the pool of leadership, understanding how best to serve clients and how to train employees, and how to uphold the LTO vision.

In 2013, Chief Rojas was transferred to the LTO Iriga District Office where she served as Chief for another four years. It was at this time that she began to hit her stride. Apart from performing her tasks within the office, Chief Rojas also began connecting with the community through other government organizations. 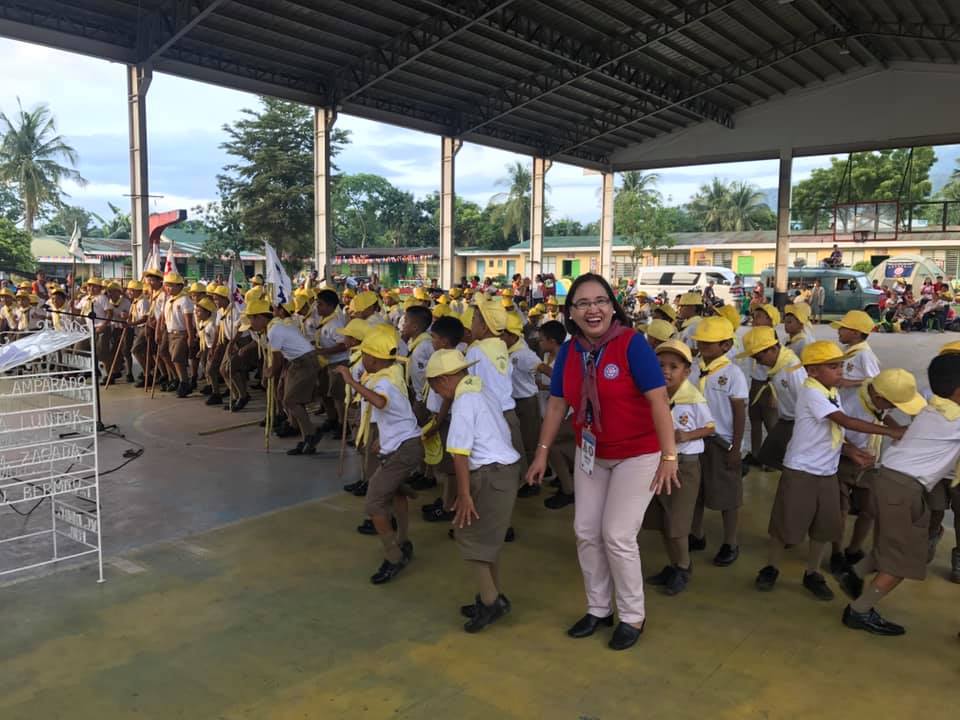 Naga CIty Chief Grace Rojas while serving as LTO Iriga Chief was also commended by the Sangguniang Panglungsod of Iriga in Resolution 2017-175 for the “discharge of duty with the highest degree of excellence for professionalism” in 2017.
Delete

students – Chief Rojas made it a mission to educate people about land transportation laws and road safety. She not only made it a point to go meet with road users on the ground but also to disseminate it through different forms of media which would include appearances in radio programs, reaching more people in the district.

Chief Rojas was also one of the pioneers of the Curriculum Mandated Students Today, Road Users Tomorrow (STRUT), initiated by then LTO Bicol Regional Director, Atty. Noreen Bernadette San Luis-Lutey. The STRUT Program educates students under the K-12 Curriculum on the basics of road safety, preparing them for their roles and responsibilities as road users.

From 2016 to 2020, Chief Rojas was assigned as Chief for one of the biggest districts of the region; LTO Legazpi. Here, she continued the initiatives she began in LTO Iriga, working doubly hard to ensure the quality of services delivered, maintain the integrity of the office, and advocate for road safety at all levels. She connected with the local government organizations in the district and worked with them to further road safety initiatives by educating different sectors and stakeholders.

In 2016, Chief Rojas was one of the awardees of the CSC PAG-ASA Award (Group Category) as one of the heads of LTO Region 5 – Bicol. This made LTO Bicol the first regional agency of the LTO to win this prestigious award in the then 107 years of LTO’s existence. 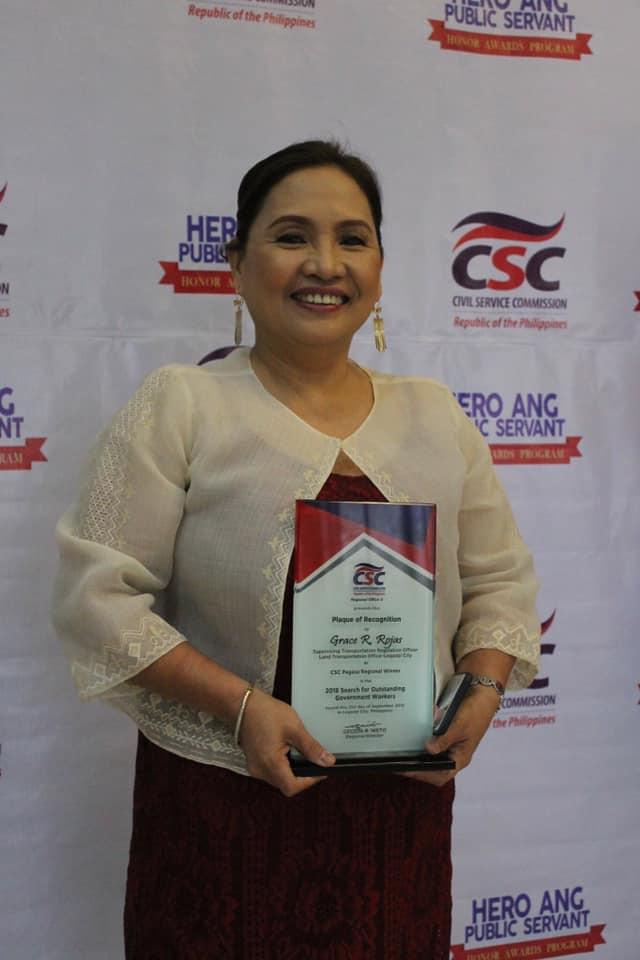 Cream of the Crop: awards and other accolades

As one of the heads of LTO, Chief Rojas has helped the districts she’s led receive different awards and recognitions. As an individual, she’s also been recognized multiple times for her hard work and continuous bid for excellence.

In 2018, she was awarded the Regional Winner of the CSC PAG-ASA Award Search for Outstanding Government Workers (Individual Category). Within the LTO Organization, she was awarded by then Department of Transportation (DOTr) Secretary Arthur Tugade and the LTO Assistant Secretary Edgar Galvante as LTO’s Most Outstanding LTO Employee of 2018. 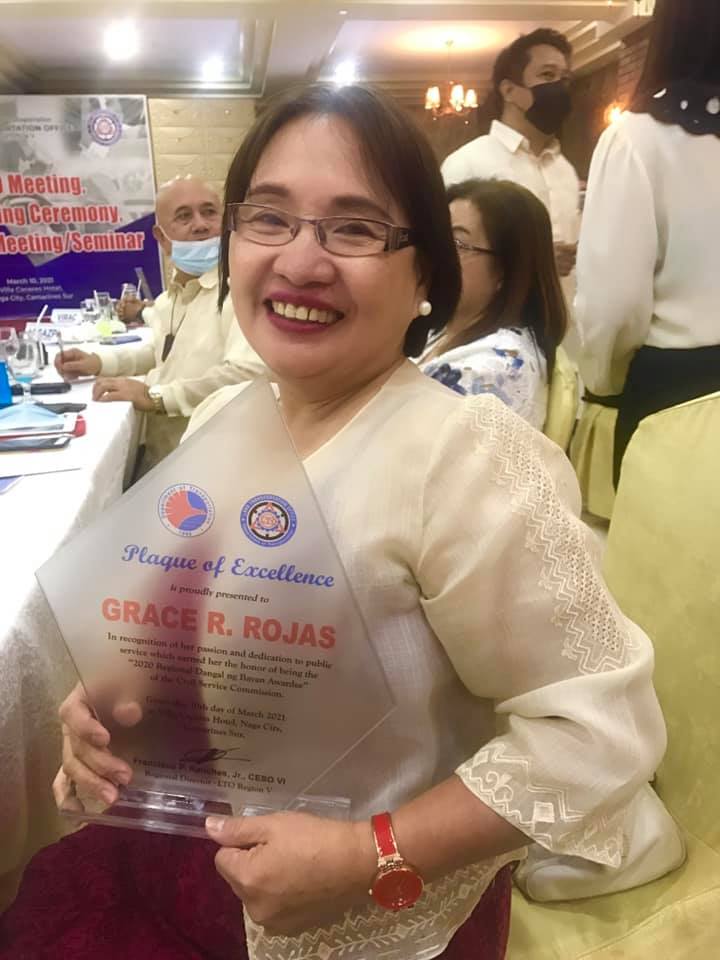 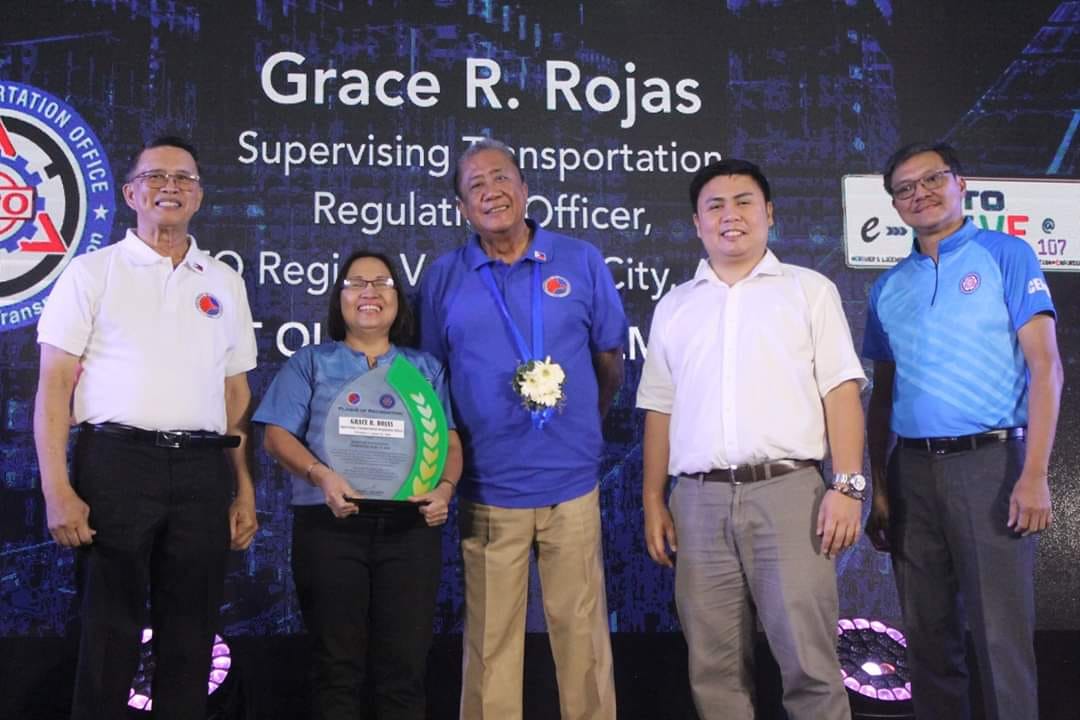 Her Alma Mater, Unibersided de Sta. Isabel (USI) also awarded her the 2018 Outstanding Alumni Award for her work in government and public service.

In 2020, she was once again recognized by the CSC and was awarded as the Dangal ng Bayan Regional Winner for the Search for Outstanding Government Workers.

These are only some of the awards that Chief Rojas has achieved in her career. 42 years later and she shows no signs of slowing down.  (PIA5/Camarines Sur)