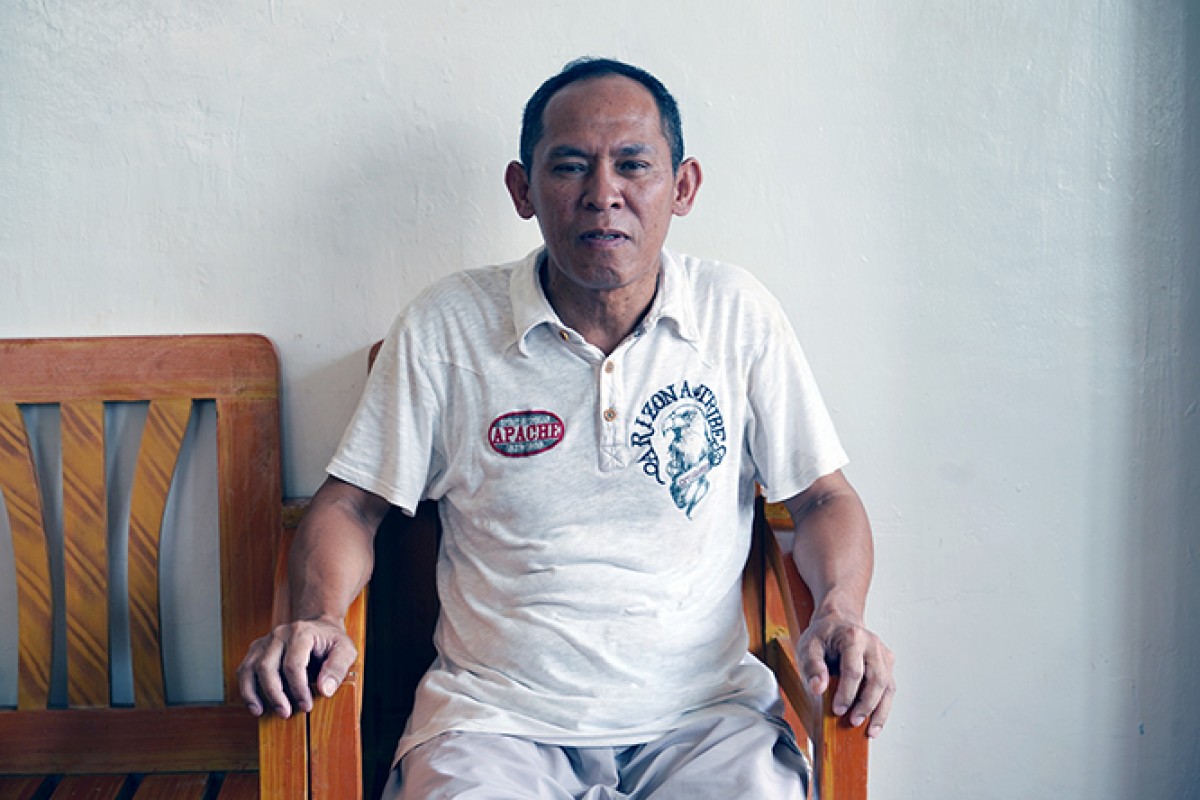 The air was thick with death as the Samsoden family crawled through the corpses of neighbors and terrorists alike in a desperate attempt to get to safety. Carrying nothing but the clothes on their backs and holding on to the hope of safety on the other side, they swam across Lanao Lake and never looked back.

Whispers of ISIS movement were already making their way through the village. Maruhomsar, the head of the family, recalled seeing individuals in all-black, not knowing that they were in fact the terrorists they refused to believe were in their midst. They could hear explosions in the distance, but instead of fleeing, he ordered his family to stay indoors and hide.“Sabi ko sa pamilya ko ‘magsafety kayo sa loob ng bahay kasi semento na iyong bahay natin. Hindi na iyon matatablan ng bala,” he said.

[I told my family to hide inside. Our house is made of concrete, so we will be safe from bullets.]

As the firefight continued outside, the family waited with bated breath for the conflict to subside. Most residents were still in denial about the attack, and no one expected it to blow up to extreme proportions. On the same day, however, former President Rodrigo Roa Duterte declared Martial Law in Mindanao and gave residents four hours to evacuate before the government would retaliate.

Upon hearing the news, it felt like the ground beneath their feet gave out.

[We were shocked. Why would they bomb us? They did not even give us a couple of days' allowance.)

It was right then and there that the severity of the situation fully dawned upon them. Unfortunately, it was too late. By then, the armed conflict was at its peak, and as civilians, they were nowhere near safe. One of his children, eleven years old at the time, was even hit by a stray bullet as they tried to get away. Thankfully, it only grazed his skin. To make matters worse, news was going around that the terrorist group was capturing eligible men and forcing them to join their ranks – those who refused were shot dead. They had secured every entrance and every exit, even if the Samsodens were to take their car, Maruhomsar and his sons would be taken away. No, running into them was absolutely not an option.

In a desperate attempt to escape the carnage, the family crawled through sewers filled with fresh corpses of neighbors and terrorists alike. Once they reached the lake, all thoughts other than “survive” left their minds and the family swam across to escape Marawi – no assurance of safety on the other side, no means of knowing what could possibly await them, just the human instinct to live pushing them through.

From then on, the Samsoden family scattered throughout Lanao del Sur and Lanao del Norte; some found refuge in Madamba, others in Ganassi and Malabang. A few of his children made it to Masiu while others wound up in Iligan and Cagayan. They eventually reunited in Ganassi after everything died down and they moved between different municipalities before finally settling in Marantao.

Now that the family was together again, they faced a whole new problem: finances.

The Samsodens were by no means a small family. With 21 children and two wives, Maruhomsar was caught between a rock and a hard place. They were living in the homes of strangers who made it clear that they did not appreciate having refugees within their walls. They were sleeping on cardboard boxes stacked on top of each other, and living off relief goods to feed themselves. Sometimes, they could barely even eat once a day. It was a far cry from their life before when they could just hop in their car and visit Iligan and Cagayan whenever they pleased.

Maruhomsar felt like he had reached rock bottom the day they were eating fried bananas and his youngest child looked at him, confusion painted on his face, and asked, “Abi, ano ba itong kakainin natin? Ngayon lang ako makakakain ng ganito.”

[Dad, what are we going to eat? This is the first time I’m going to eat something like this.]

[Let us just endure this, child. We have to accept it. This is our life now. Things are different now.]

But just as the family was ready to resign to their life of suffering, they received word about a housing program for families who lost their homes to the siege. All they had to do was go to Marawi City Hall and submit the necessary requirements. Of course, while that stirred the dormant hope that lay in their hearts, there was still one thing that stood in their way.

They were in Marantao town and left all their assets in their ruined home. They had no money and had nothing to sell. Still holding on to hope, they trudged on despite their difficulties and eventually made it back to Marawi. There, they found their names in the list of beneficiaries for the permanent shelter. Little did they know that the housing program was only part of a much bigger movement called Rebuilding Marawi Through Community-driven Shelter and Livelihood.

Implemented by an international non-governmental organization UN-Habitat, Rebuilding Marawi was funded by the People of Japan in collaboration with the Philippine government through the Task Force Bangon Marawi (TFBM). Under the program, internally-displaced persons not only received permanent shelters but also went through skill-training seminars under the Technical Education and Skills Development Authority that would help them restart and rebuild their livelihood.

It was under their care, as well as the community they fostered that the Samsoden family finally managed to take small steps toward healing. Now, they live on as a complete family in Pamayandeg sa Ranao Residence at Dansalan in Brgy. Kilala along with other beneficiaries of the Rebuilding Marawi Project.

Unfortunately, as much as they would like to put the nightmares of the siege behind them, some scars never truly heal. Even now, Maruhomsar's sister still screams and desperately runs away whenever she hears a sudden loud bang as if she is still trying to escape the bombing and gunfight. At 32 years old, the trauma they went through forced her to regress to when she was seven, and now she believes and lives on as if she is still a child.

It is easy, unfairly so, for most of us to look back on the siege of Marawi and see some distant dark chapter in our country's history. We picture it as haunting, horrible and tragic but distant all the same that we forget the people who had to live through it. As much as the Samsoden family strives to live with even a semblance of normalcy, their past will never truly let them go. Five years later, life is good but the scars still remain.