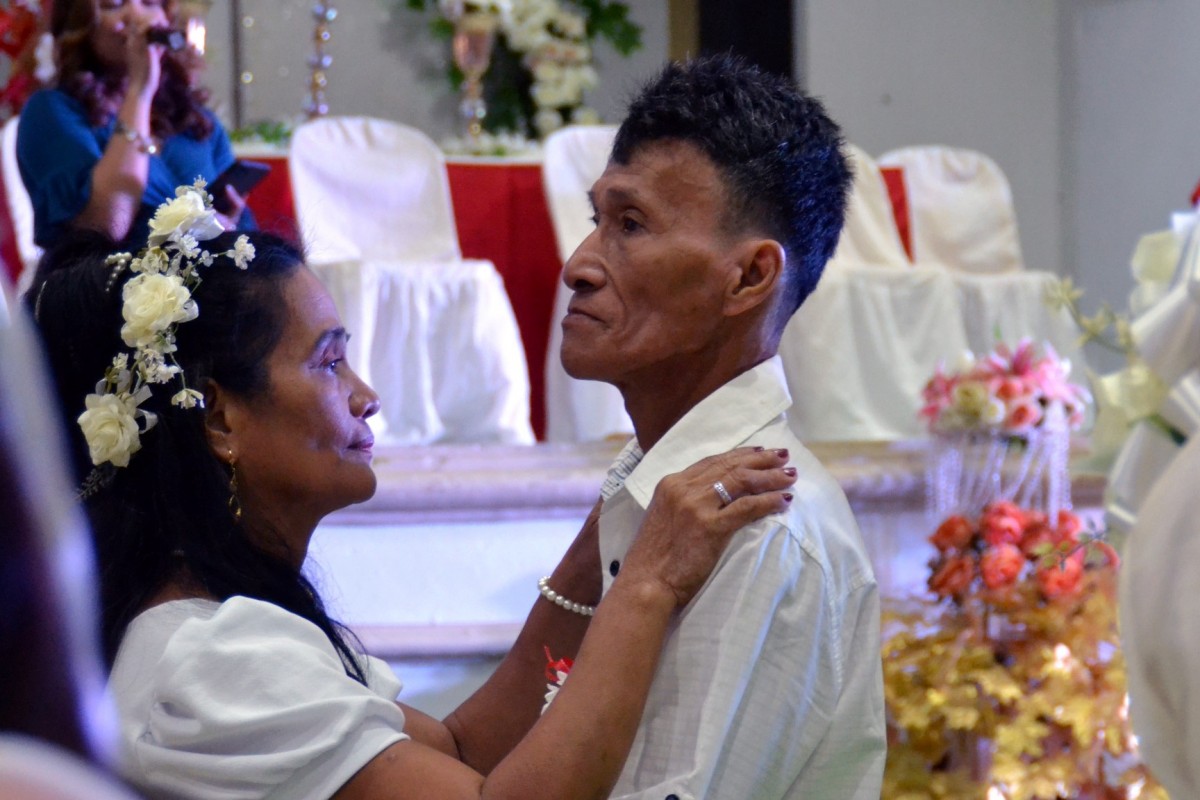 Angelita Valdez, 59, was ‘over the moon’ when she was told about the free mass wedding ceremony of the city government of Candon in Ilocos Sur province.

After all, she and her husband, Celso Balberan, 60, have been waiting for this moment for more than 25 years.

But due to financial problems, she said they were not able to afford to get married.

Now with a ring on her finger, as one of the 50 couples who got married on Wednesday, she can now be officially addressed as Mrs. Balberan.

In sickness and in health, she said, their love for each other kept their relationship strong despite not being married.

“Anus laeng ti inpaay ti asawak ta saannak pay pulos kinabkabil. No man pay dumteng no dadduma ti saanmi panagkinnaawatan nga umabot ti panagpanaw ko idiay balay ket umabotak ti sabali a barangay, sursurutennak ken ay-ayawennak (My husband never laid his hands on me. He showered me with love and patience. Although there are times that we have misunderstandings to the point that I leave the house and walk to the other barangay, he patiently follows me and talks me out of it.),” Angelita said.

Celso was her second husband.

She said her first marriage tear her heart apart causing stress and depression.

For some time, she was not in the proper state of mind.

Yet, Celso’s love for her was too strong and he never left her and chose to be with her up to now.

“When I was sick and hospitalized in Manila, even if he wasn’t allowed to enter my room, he patiently waits and accompanies me from afar,” she said.

Now, she feels better and takes medicine as maintenance.

This is one of their secrets as a couple – their genuine love and care for each other. 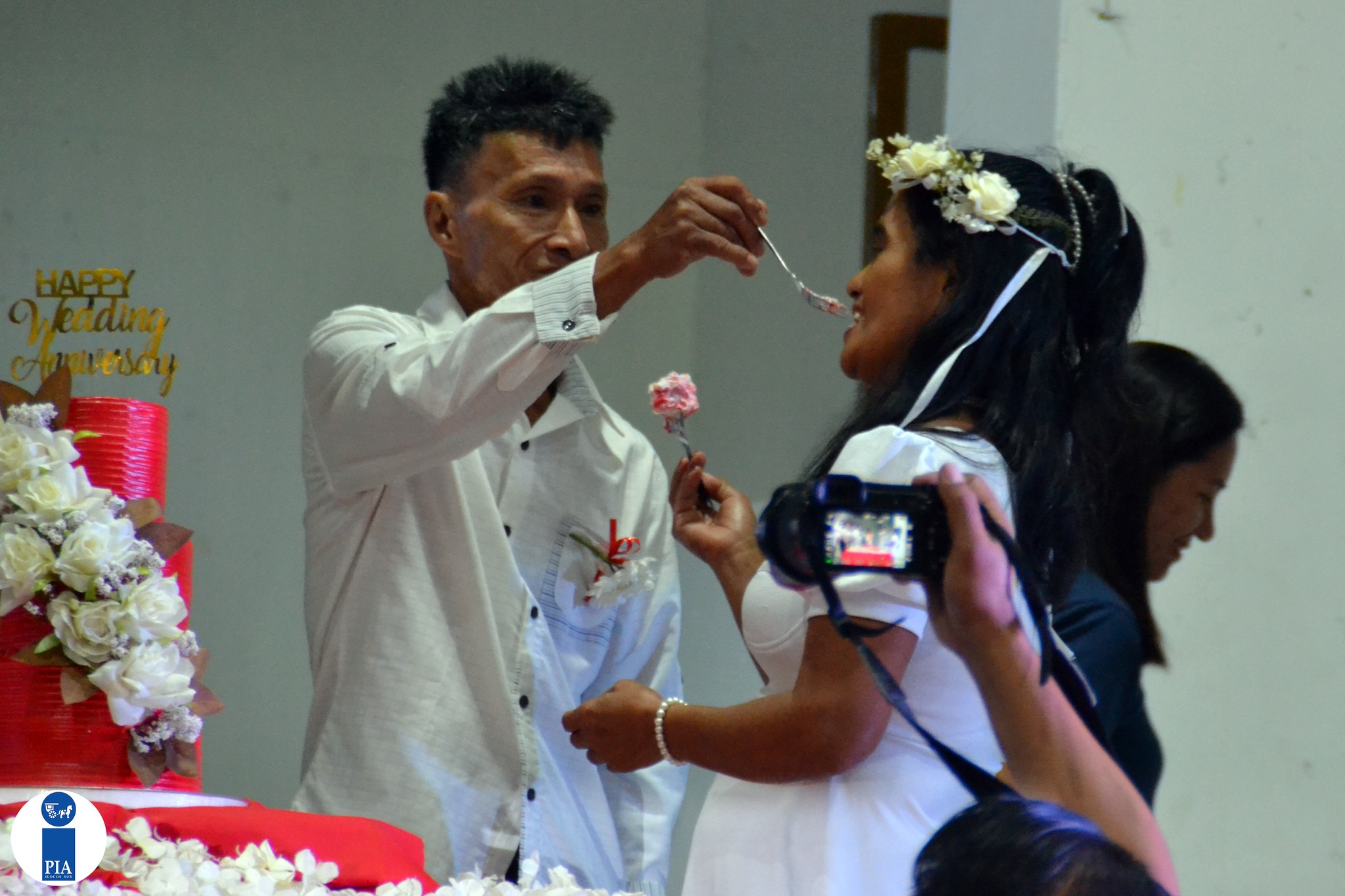 Mr. and Mrs. Celso Balberan after the slicing of cake. (pia)
Delete

Amid having financial problems, as Angelita is a person-with-disability and Celso only works in the farm part-time or whenever somebody offers him a job, they managed to send some of their children to school with the help of their relatives abroad.

The now husband and wife have five children – their eldest, 23, works at a local fast food chain; second, 21, a third year college student; third, 19, a senior high school graduate, and; fourth and last child, 17 and 15, who are now in Grades 11 and 10 respectively.

They do their best to be responsible parents and provide the needs of their children.

They said working together, hand-in-hand, as a couple is another key ingredient for a relationship to last. 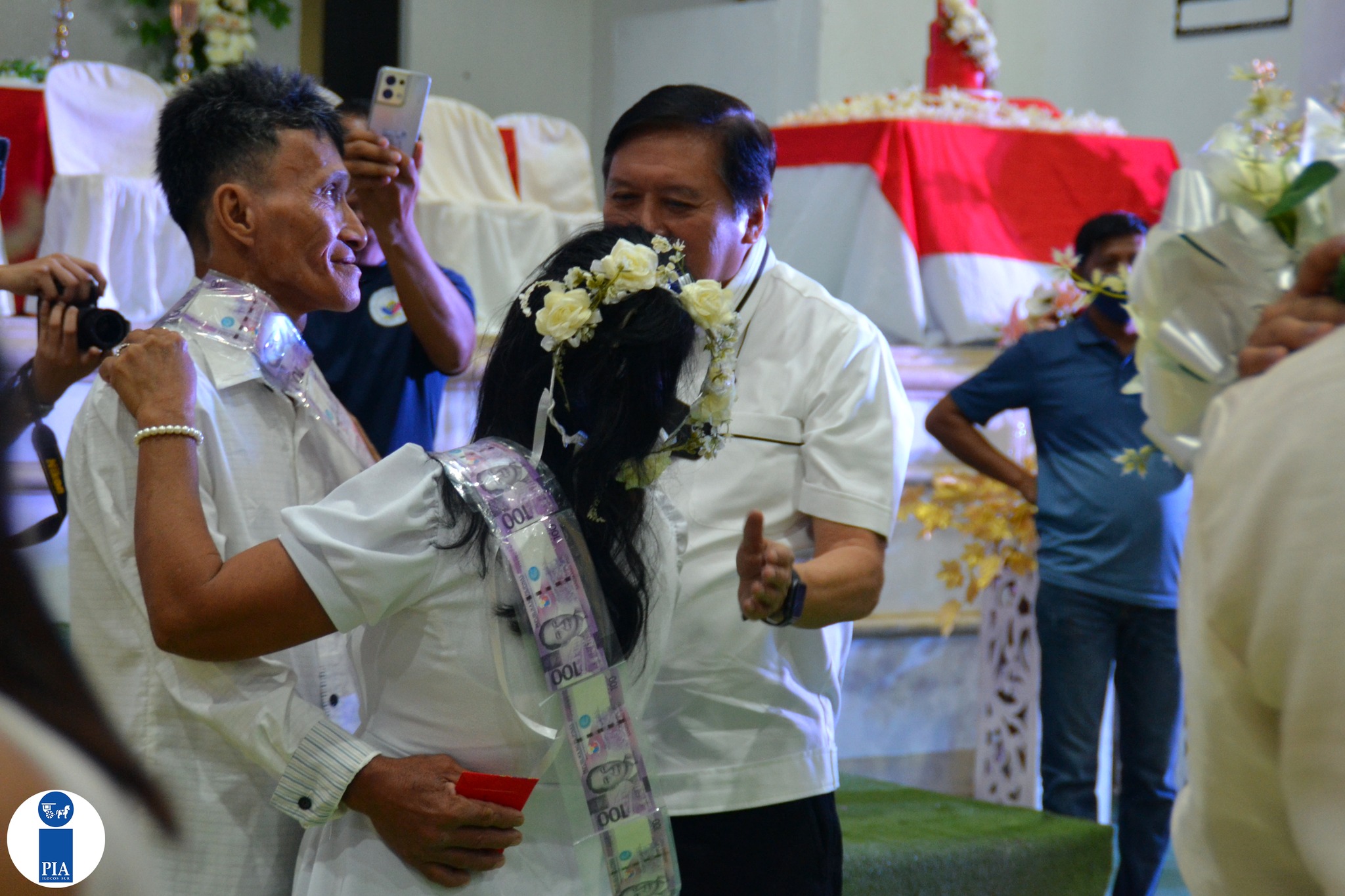 Mr. and Mrs. Balberan during their first dance as a married couple. (pia)
Delete

Communication and sincerity, they said.

For the past 25 years, Celso said they both have sacrificed a lot but love and patience always prevail.

Despite the adversities, they said they may have been financially unstable and still doing their best to survive every day but as long as they are together, along with their children, they continue to make the best memories together and forever.

Mr. and Mrs. Balberan also expressed their sincerest gratitude to the city government for giving them the opportunity to be newlyweds after more than two decades together.