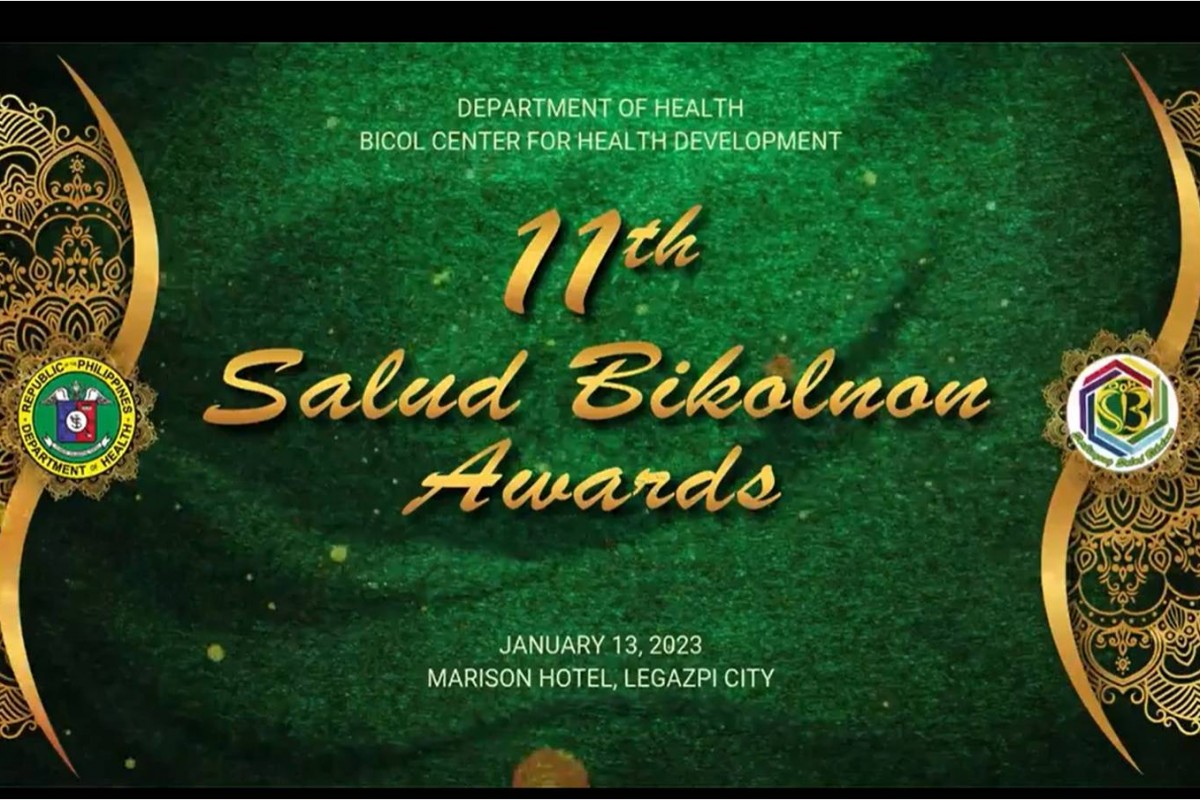 NAGA CITY, Camarines Sur (PIA) -- It was indeed a day worth remembering, savoring the triumph of the Department of Health-Bicol’s fight against COVID-19 that hit the world with its lethal virus.  It was also a reminiscence of how all the frontliners, health partners, and media joined hands, to beat the 2-year pandemic that claimed lives and left the world, with not just nostalgic memories, but also valuable lessons that teamwork, unity, and susceptibility has taught everyone.

Henry Ford said that “if everyone is moving forward together, then success takes care of itself.”

This was the message that the 11th Serbisyong Salud Bikolnon (SSB) Awards and Araw ng Pasasalamat wished to convey as it honored and took cognizant of its various partners and stakeholders who conquered their fears, risked their lives, and forgot their own vulnerabilities so that others may live and thrive.

“I believe it is important to recognize the exemplary practices and performances of the local government units, national government agencies, health facilities, stakeholders, and other health partners in the context of the COVID-19 pandemic, as during such time, we are all focused on the immediate health crisis,”  Department of Health (DOH) Usec Nestor F. Santiago Jr. said in his keynote speech during the SSB awarding held Jan. 13, Friday at The Marison Hotel, Legazpi City 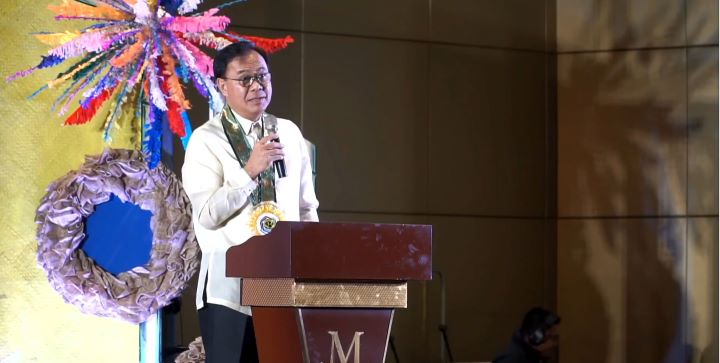 The health official stated that it is just fitting to acknowledge all those who sacrificed and ensured the delivery of unhampered health services while the whole world is battling the COVID-19 pandemic.

“To have excelled in the other implementation of other health programs, services and interventions while simultaneously dealing with COVID-19 is a considerable feat that deserves to be recognized and celebrated,” Usec Santiago added.

Present during the awarding ceremonies were medical chiefs, local government chief executives and officials, Rural Health Unit (RHU) heads, media partners, and other stakeholders, who in their own way, have contributed to the success of combating the ill effects brought by COVID-19.

One of the most dependable allies of the DOH Bicol Center for Health Development during the pandemic was the Local Government Units’ chief executives who were faced with the challenge of fighting an unknown enemy while ensuring the safety of their constituents.

The awardees were chosen based on their resourcefulness, dedication, and passion to pursue other programs of DOH Bicol while immersed in finding a solution to bring to nil, if not minimize the number of people getting infected by the COVID  virus.

All Municipal Mayors all over the region were also given recognition for all their efforts and for the support extended to DOH programs. 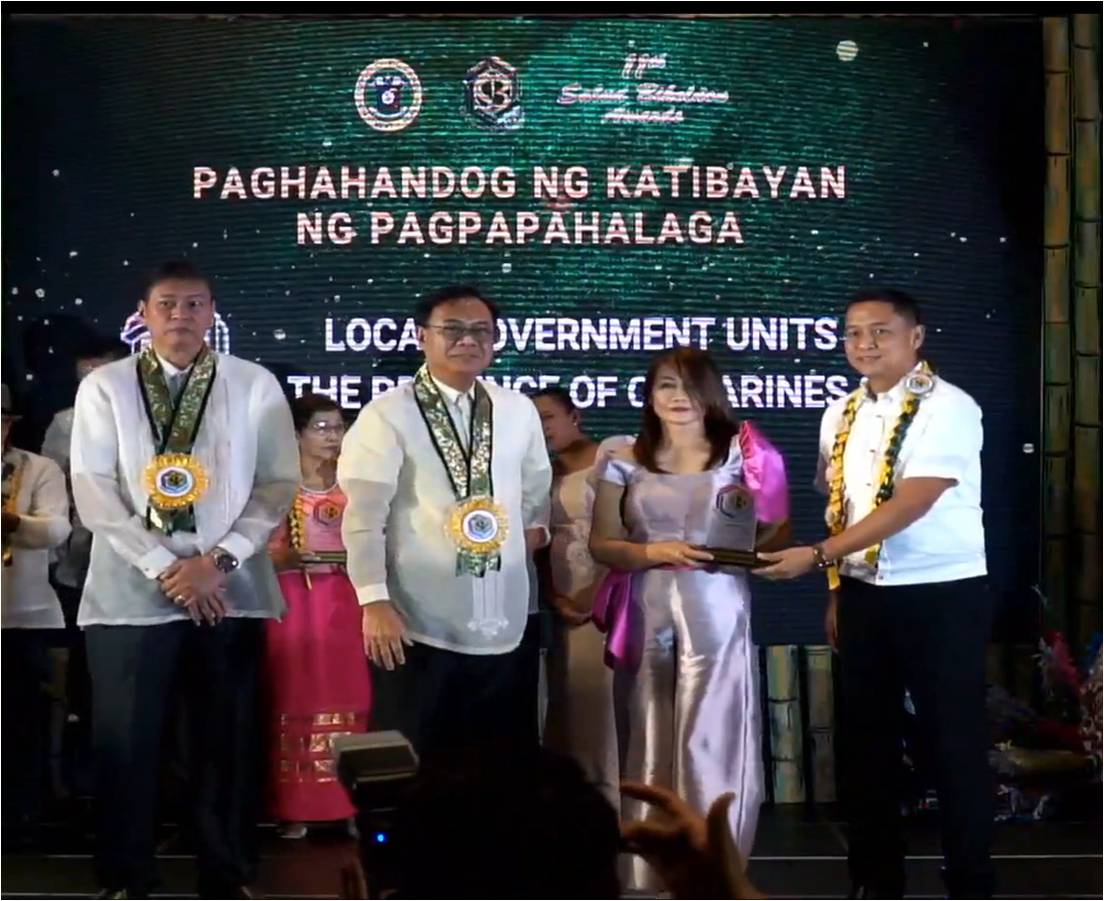 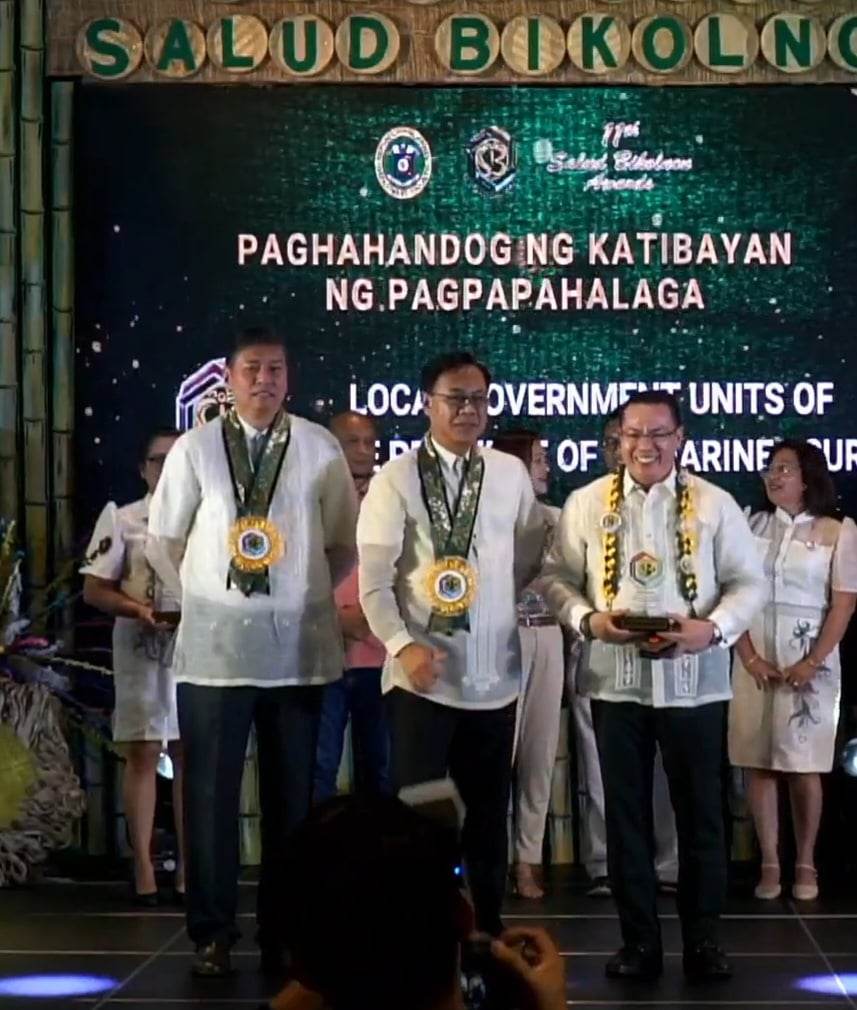 Cabusao RHU was cited among the five (5) Best Performing facilities for PinasLakas, together with the RHUs of Baras, Catanduanes; Barcelona and Bulusan, Sorsogon; and San Vicente, Camarines Norte.

Municipalities of Magarao, Cabusao, Canaman, and Bombon were named for their Best Program Implementation on the National Voluntary Blood Services Program. All municipalities of the province also received the Pasasalamat Awards and a Plaque of Appreciation for their active support to DOH-Bicol CHD in the implementation of the various health programs and for working tirelessly to lessen the impact of COVID-19 in their respective communities.

The Tabaco CHO received a citation for Best Mental Health Program Implementation on Community-based Rehabilitation program; the CHO of Sorsogon bagged the Best in Established 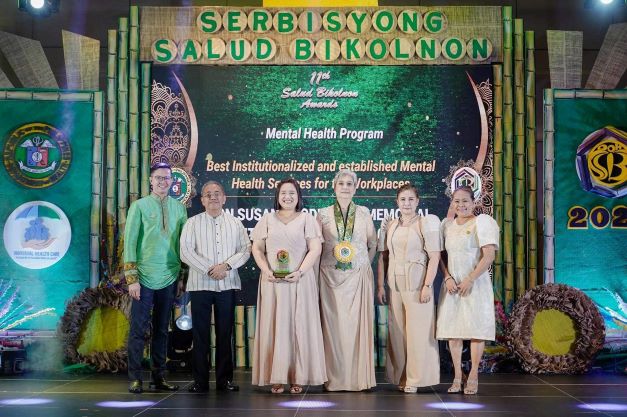 and Functional Screening, Brief Intervention and Referral (SBIRT) for Persons Who Use Drugs, while Juan Alberto Memorial District Hospital from Province of Catanduanes and the Provincial Health Office of Camarines Norte got the Best Mental Health program implementation.

The City Government of Ligao received the accolade for Best Program Implementation on Healthy Lifestyle.

The occasion looked like an apt acknowledgment of the efforts of the Provincial Government of Albay, including its municipalities after raking majority of the awards and citations during the DOH’s awarding ceremony.

The provincial government of Albay received the “Green Achiever Award under the  Provincial level category. This was the highest award given by DOH Bicol CHD for Albay’s performance in the implementation of health sector reforms, including the various health programs and activities.

Municipalities of Bulan and Barcelona in Sorsogon, Dimasalang, Masbate, Malinao in  Albay, and the Cities of Ligao and Legazpi, also received the same recognition.

Other LGUs, health facilities, Faith-based organizations, media partners, and other stakeholders were also awarded for each of their specific health program accomplishments.

Three RHUs from Albay were also recognized as Best Performing Facilities for MR-Td and CBD: Manito, Camalig, and Daraga. RHUs of San Miguel in Catanduanes and Palanas, Masbate were among the awardees. 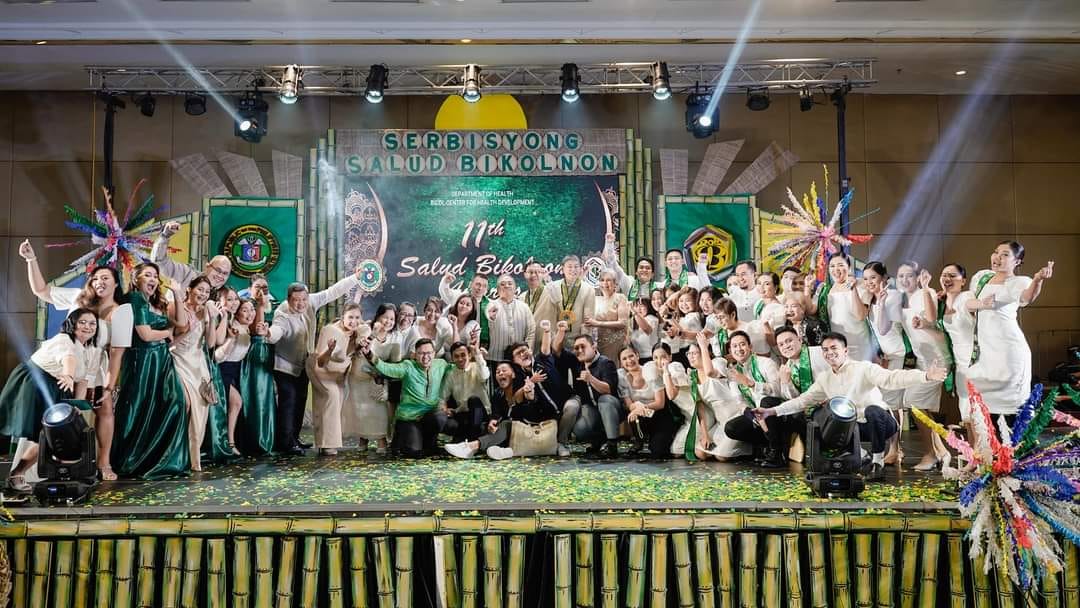 From the academe, Bicol University and Catanduanes State University also received the same Plaque of Appreciation for helping the DOH in their health campaign during the pandemic.

Faith-based organizations were also recognized for their partnership in ensuring the effective implementation of the COVID-19 vaccination campaign: the Archdiocese of Caceres headed by Most Rev. Rolando Octavus J. Tria Tirona, O.C.D., D.D; and the Diocese of Legazpi, Sorsogon, and Masbate and the Church of God-Baao.

DOH Bicol- CHD also expressed its gratitude to its media partners for their assistance and support in disseminating the DOH vaccination programs and the department’s other health programs.

“These media partners have shown their support to the campaigns of the DOH amid the pandemic by actively participating in media activities of the DOH Bicol and helping the department in uplifting the health literacy and information to the public,” Kenn Nuyda, one of the event’s masters of ceremony stated.

Other media partners who were given the same citations were Allan Manansala of UNTV and Christopher Novelo of Radyo Pilipino-Naga from Camarines Sur; Arlene Bagadiong and Joriza Dela Rosa Alpapara of Radyo Pilipinas from Catanduanes and Engr. Raden Dimaano, Station Manager of DWDR from the province of Sorsogon.

DOH Bicol CHD also gave a posthumous award to Mar Arguelles of the Philippine Daily Inquirer, and former PIA Manager of Albay. Arguelles died last year after his battle with cancer. Through the years, he was an active media partner of the DOH-Bicol in their campaign until his remaining days. The award was received by his son, Marlo Sebastian Arguelles. 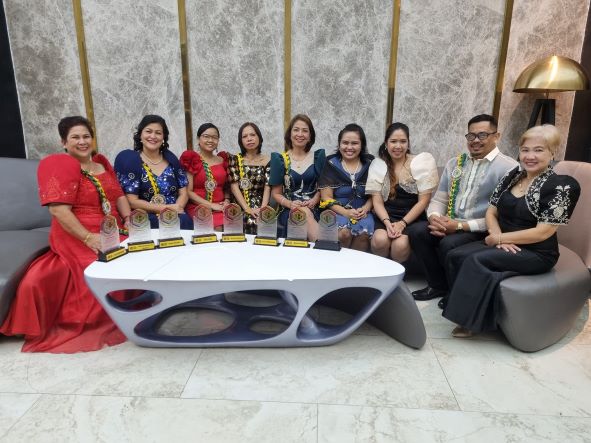 Philippine Information Agency (PIA) Regional Office V and PIA Information Center Managers (ICMs) were also given recognition as honorees and recipients of the Pasasalamat Award and a Plaque of Appreciation for their efforts of the agency as DOH’s partners in health promotion amid the Covid-19 pandemic.

The media also thanked former OIC for Health Promotion and Communications cluster, Noemi Bron for her untiring support and assistance  given to the members of the media.