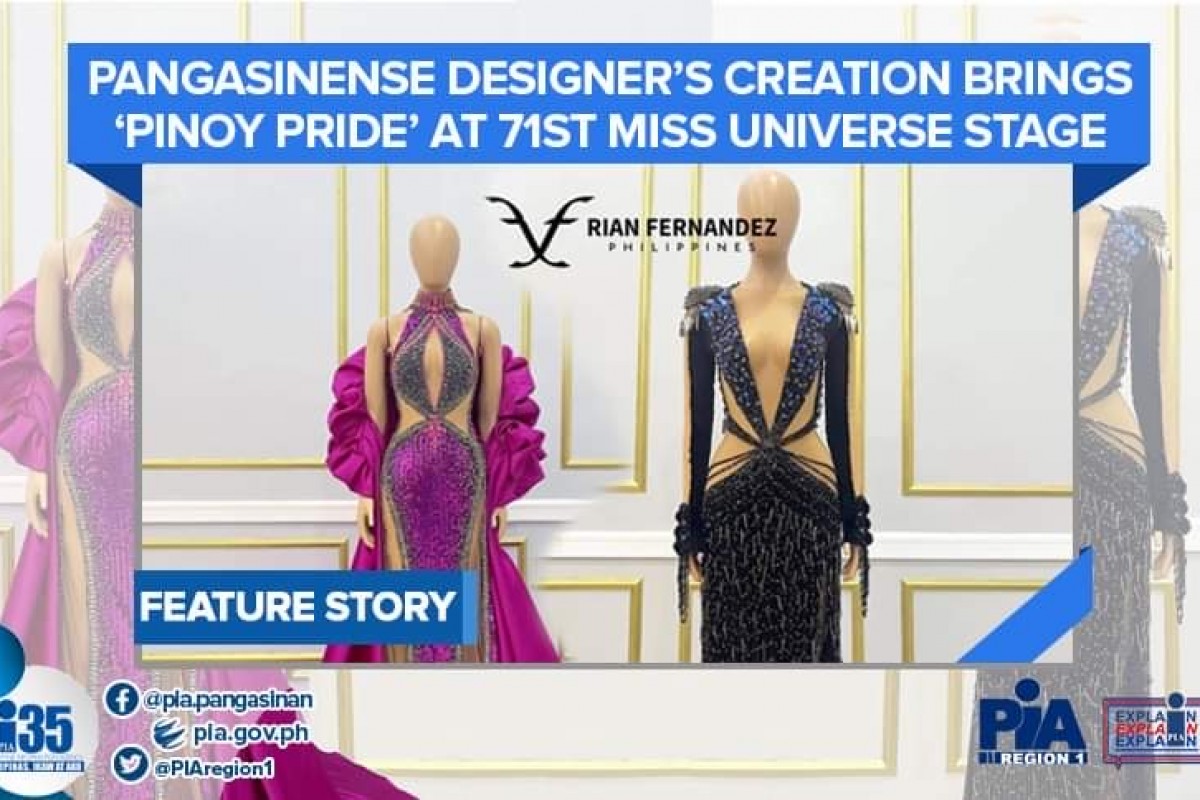 The Philippines may not have won the Miss U crown and have ended its semifinal streak in the recent Miss Universe tilt, but all is not lost.

Filipino creativity and talent still shone brightest at the 71st Miss Universe as Pinoys, including a Pangasinense, dominated the Miss Universe scene in more ways than just winning the crown.

ICYDK, a number of Filipino fashion designers have created stunning outfits for a handful of international delegates.

But a Pangasinense designer, Rian Fernandez, made a big splash in the universal stage and became the talk of the pageant industry as he created the gown of Miss Universe 2022 R’Bonney Gabriel, who is half-Pinoy by the way.

Gabriel made history by becoming the first Filipino-American to win Miss Universe.

For her remarkable accomplishment, Fernandez has been the one behind her stunning pieces – from her local to state, national to international competitions.

It’s definitely a flex to now include a reigning Miss Universe to his list of achievements and deservingly so.

For this, the provincial government of Pangasinan has recognized Fernandez, 38, who was originally from Alcala town, for showcasing the talent of a Pangasinense.

The Sangguniang Panlalawigan passed a resolution on Monday authored by Board Members Rosary Gracia Perez-Tababa and Nicholi Jan Louie Sison to recognize Fernandez's talent and honor his achievement of showing the world the talents of Pangasinenses.

“The provincial government of Pangasinan constantly recognizes the achievements of outstanding Pangasinenses for their valuable service to the Filipino people and laudable contributions to the nation,” the resolution reads. 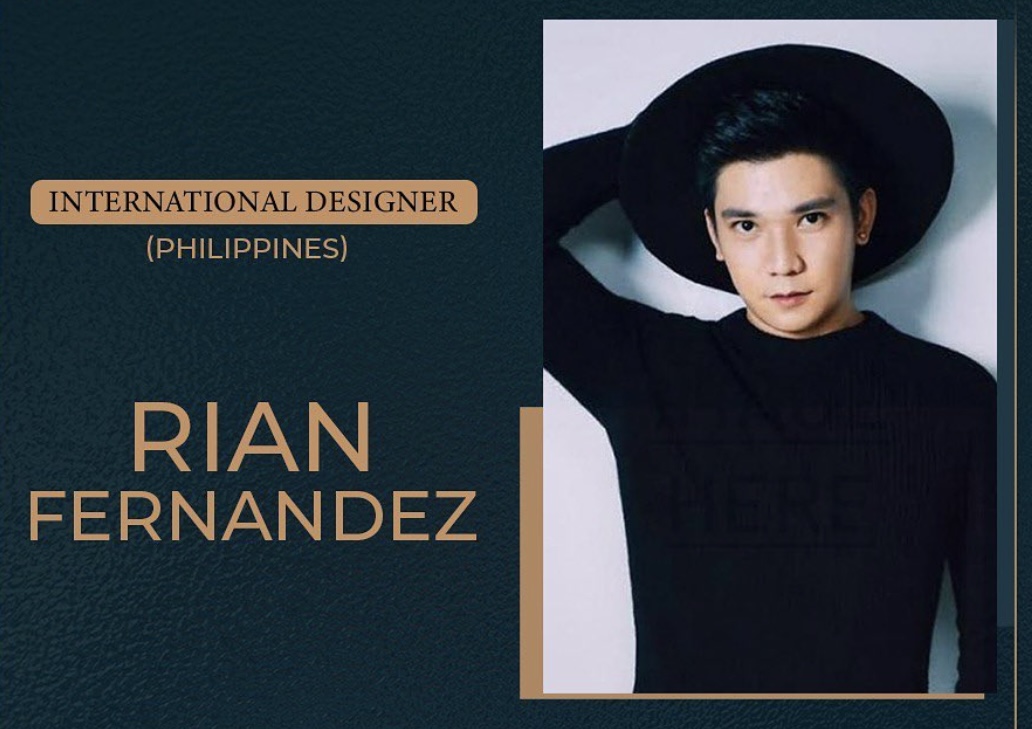 Fernandez finished a degree in Communication Arts at Saint Louis University in Baguio City and being a member of the university’s theater group ignited his passion for designing costumes.

Also inspired by his grandmother, a seamstress, he pursued fashion studies at LASALLE College of the Arts in Singapore and he is a member of the Council of Association of Southeast Asian Nations (ASEAN) Fashion Designers.

His ensemble was featured in Vogue Italia magazine and a piece of his garment was exhibited in Music Through Your Veins in London, England.

He also obtained awards such as Designer of the Year in the Indrajark International 2019 in Bangkok, Thailand; named as one of the Best Designers of the Northern Philippines; and Outstanding Designer during Pilipinas Fashion and Style Week 2018.

Further, he is one of the sought after designers in Thailand and has launched his personal protective clothing line at Times Square, New York City.

As Fernandez’s work is well-known through his gowns that deeply resonate with his wearers, this year’s Miss Universe competition was a sweet victory for his career.

“You have to do the things that you love and you will never have to work a day in your life. There is a perfect timing for everything. If it’s not now, maybe some other time, you can blossom,” he said.

On Instagram, Fernandez shared the meaning of the gown, which he named "Phenomenal Queen."

He said that the color black represents "competence and sophistication," while the gunmetal accents "epitomize strength and remarkable resilience" of the beauty queen.

Fernandez also noted that the black onyx and the glass mirror drops symbolize reflection and self-growth, adding that the fringe skirt and blue sapphire Swarovski stones stand for the movement of life and the new era of emerging women, respectively.

In one of her interviews, Gabriel, a fashion designer herself, expressed her gratitude to Fernandez who designed all of her gowns.