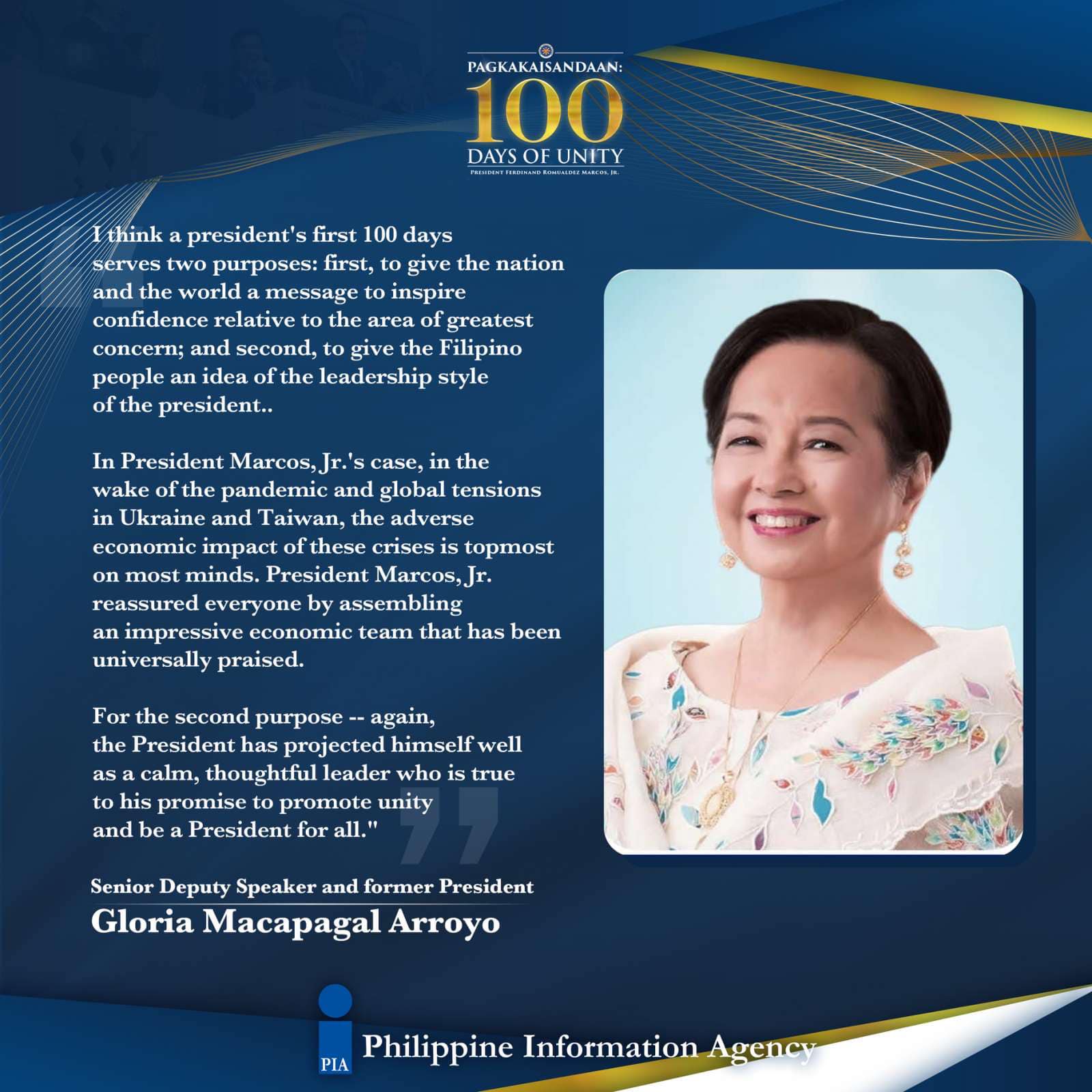 Former President Arroyo lauded President Marcos' courage of reassuring the Filipino people of a progressive economy, despite the challenges of the pandemic and global tensions.

She also praised the President of its thoughtfulness on his promise to promote unity in the country.