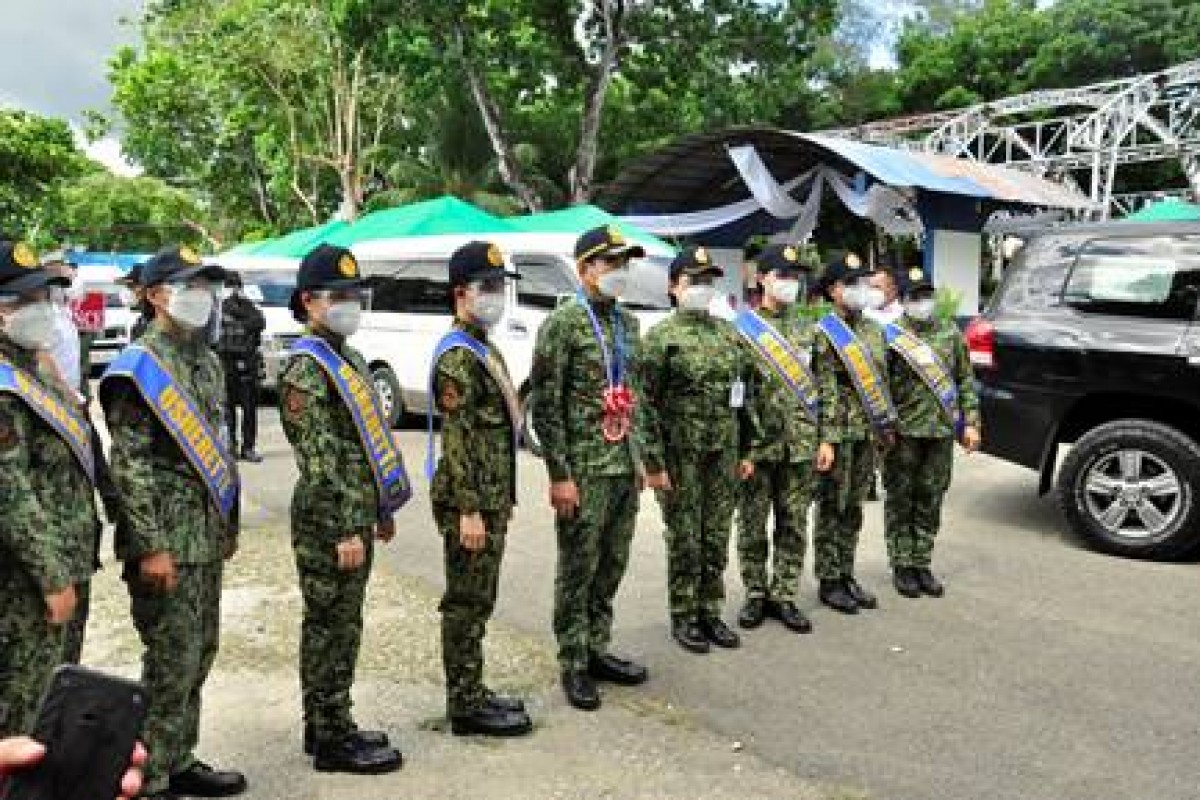 TAGBILARAN CITY, Bohol, July 19 (PIA) -- Philippine National Police (PNP) Chief, Gen. Guillermo Lorenzo Eleazar, in his visit to Bohol on July 12, pinned the Medal of Valor to two Boholano police officers who a made the police force proud for their significant accomplishments.

The PNP Medal of Valor is the police’s highest honor awarded for "a deed of personal bravery and self-sacrifice above and beyond the call of duty, so famed as to distinguish himself clearly above his comrades in the performance of more than ordinary hazardous service."

Sarsale, allegedly a strong supporter of the communist terrorist group, has reportedly been brandishing his .45 caliber pistol to threaten his neighbors.

During the service of the search warrant, government authorities also found firearm, live ammunition, and airgun in Sarsale's parent’s house where the warrant was set.

Sarsale is now in police custody.

On the other hand, Velasquez led the team in the buy-bust and arrest of a female big-time drug dealer after she was caught in possession of over half a million pesos of shabu in an anti-drug operation in Cortes town.

Velasquez nabbed Maricel Aparre, a native of Inabanga and a plea bargaining agreement beneficiary when she was first caught.

Police operatives also found in Aparre’s possession some 105 grams of shabu  estimated to be worth over P700,000.

To the commended officers, Eleazar said their actions showed the new face of the PNP and not of the few who besmirch the image of the organization.

Flying in to Bohol for the first time, the PNP chief also inspected Dauis Municipal Police Station and was impressed by the cleanliness of the said office.

Dauis Mayor Marietta Sumaylo noted that police chief even inspected the potted plants inside the station if these are artificial.

"If this is the standard for police stations in Bohol, then we can say 'very good for Bohol police stations'," Eleazar announced during his short visit.

Cleanliness in the offices spills into the ranks of the PNP and then into the community, he added.

With cleanliness as the foundation of his administration’s police transformation, Eleazar also asked officers to address the small problems so they do not grow into bigger problems.

Eleazar also rallied the police to push the programs for illegal drugs, insurgency, criminality, and terrorism.

The PNP chief also turned over assault rifles for the Bohol police, swore in advocacy supporters groups and force multipliers, and handed out aid through "Barangayanihan." (RAHC/PIA7 Bohol) 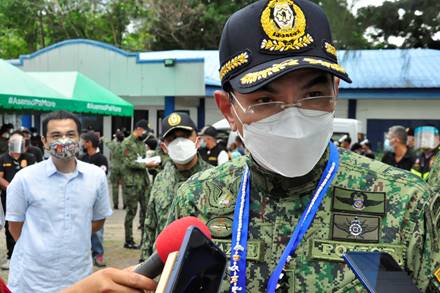 For PNP Chief Guillermo Eleazar, police transformation could start at the offices. Clean offices impact on the discipline of men in the ranks. (RAHC/PIA7 Bohol)