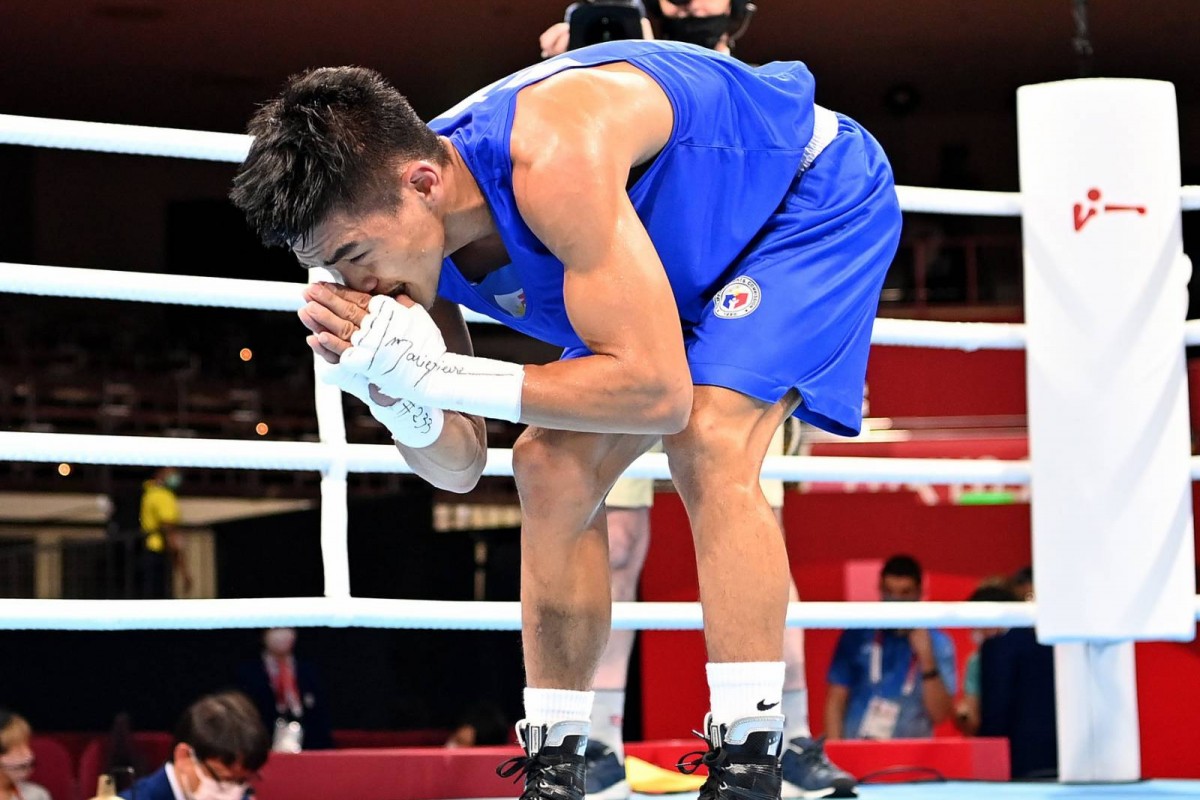 QUEZON CITY (PIA) -- Carlo Paalam takes home another silver medal for the Philippines from the ongoing 2020 Olympics in Tokyo, Japan.

Paalam gave his best shot in the ring and maintained his full discipline until the final round which was won by Great Britain's Galal Yafai via a 4-1 split decision in the  men's flyweight boxing category held at Kokugikan Arena.

The 23-year-old Paalam is the Philippines' second silver medalist in this year's Olympic games. Third in the boxing category.

This, so far is the best Olympic performance of the country since it joined in 1924 with 1 gold medal (Hidilyn Diaz), 2 silvers (Nesthy Petecio and Carlo Paalam) and 1 bronze (Eumir Marcial). (AVS-CPSD/ Photo by Tokyo 2020 Olympics Twitter)