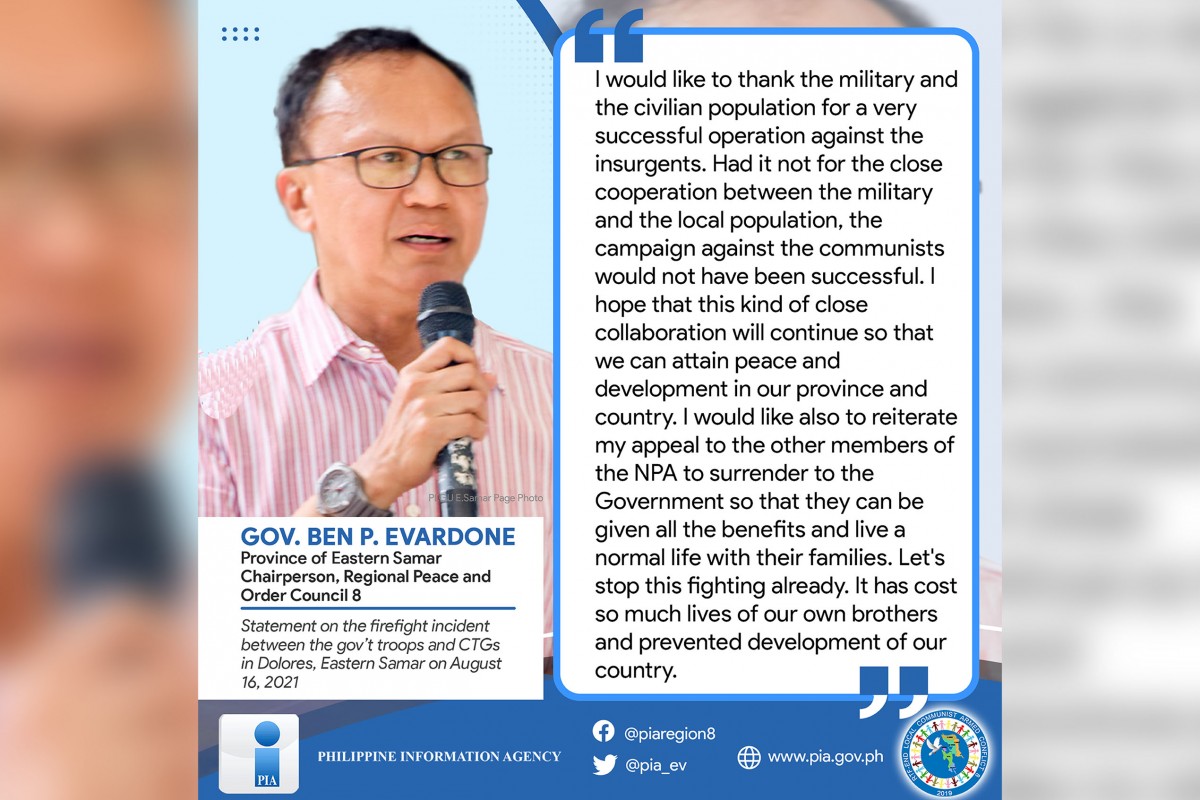 BORONGAN CITY (PIA) -- Governor Ben Evardone of Eastern Samar, in a statement to the media, lauded the help of the civilians in the government’s counter-insurgency efforts.

“I would like to thank the military and the civilian population for a very successful operation against the insurgents,” Evardone said

He appreciated the close cooperation between the civilians and the military for the successful tactical operations.

“Had it not for the close cooperation between the military and the local population, the campaign against the communists would not have been successful,” he said.

Evardone said he hopes that the kind of close collaboration will continue so that we the province can attain peace and development.

The 8th Infantry Division in a meeting reported that on August 16, the state soldiers have neutralized 17 NPAs and recovered 29 high-powered firearms in a remote village in Dolores town, Eastern Samar.

In a virtual press conference on August 17, 8th Infantry Division Commander Pio Diñoso said that the camp that the army neutralized was 200 meters long and 60-80 meters wide with a multi-purpose building, a training camp and a factory of landmines.

Diñoso referred to the incident as a tactical victory but said he is not happy that so much lives were lost.

With the information, Gov. Ben Evardone then reiterated his appeal to the remaining NPAs.

“Surrender to the government so that you can be given all the benefits and live a normal life with your families."

He urged them once more to help the government by ending the resistance movement.

“It has cost so much lives of our own brothers and prevented development of our country,” referring to the more than 50 years of the NPA movement in the country. (NBQ/PIA-8/Eastern Samar)