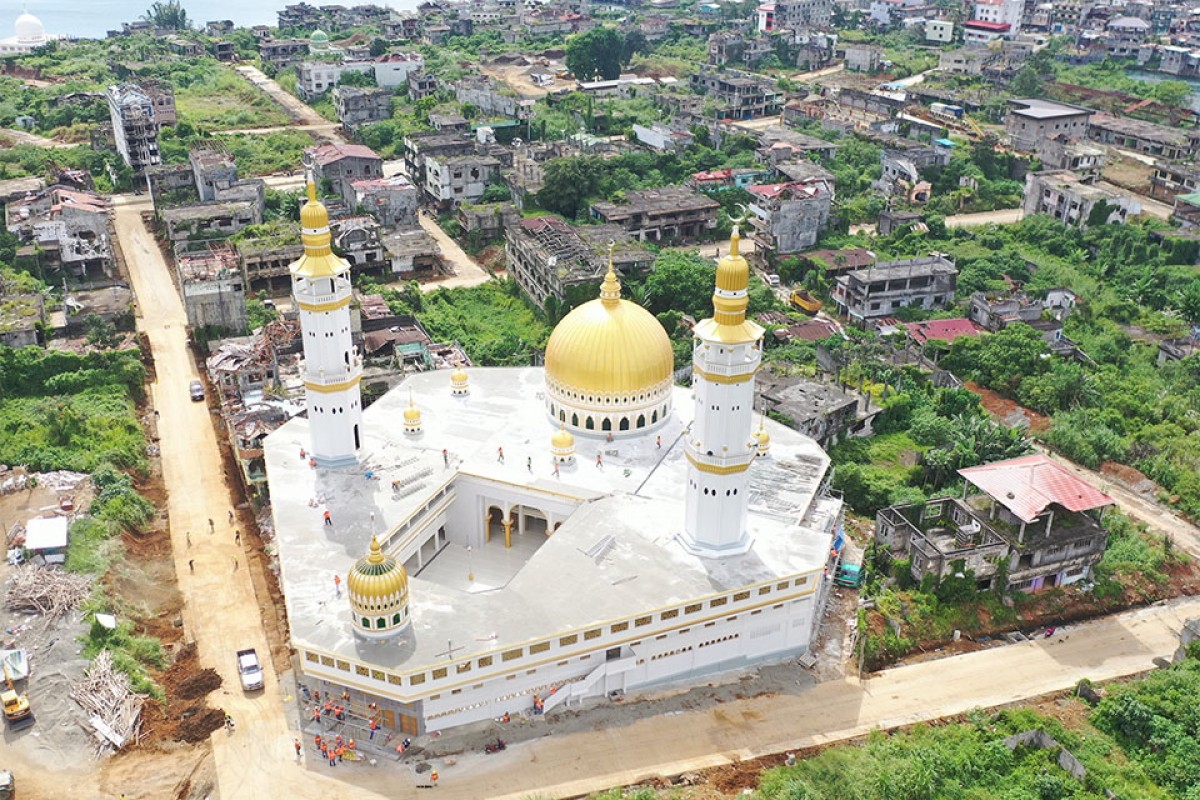 Damaged during the 2017 siege, the iconic Grand Mosque is the fifth house of Islamic worship that was rehabilitated by the national government through the funding support of the private sector.

In his message, Duterte said the Grand Mosque holds historical and cultural significance in the lives of Maranaws. Its complete rehabilitation will bring new hope to Muslim brothers and sisters.

The Task Force Bangon Marawi (TFBM) has been prioritizing the repair and reconstruction of mosques damaged or destroyed during the siege as these places of Islamic worship play a critical role in the social healing of Marawi residents.

Four other mosques that were completely repaired by TFBM have already been inaugurated and turned over to their respective administrators. These are Masjid Disomangcop in Barangay Daguduban, Masjid Darussalam in Barangay Raya Madaya, Marinaut Mosque in Barangay West Marinaut, and White Mosque in Barangay Lumbaca Madaya.

Meanwhile, the President reassured the people of Marawi that the government is doing its best to expedite the completion of rehabilitation projects at the soonest possible time.

"We in government are strongly committed to bring back the city's glory and we will continue to foster cooperation among concerned stakeholders so that Marawi will be able to build back better and stronger,” he said.  (APB/PIA Lanao del Sur)