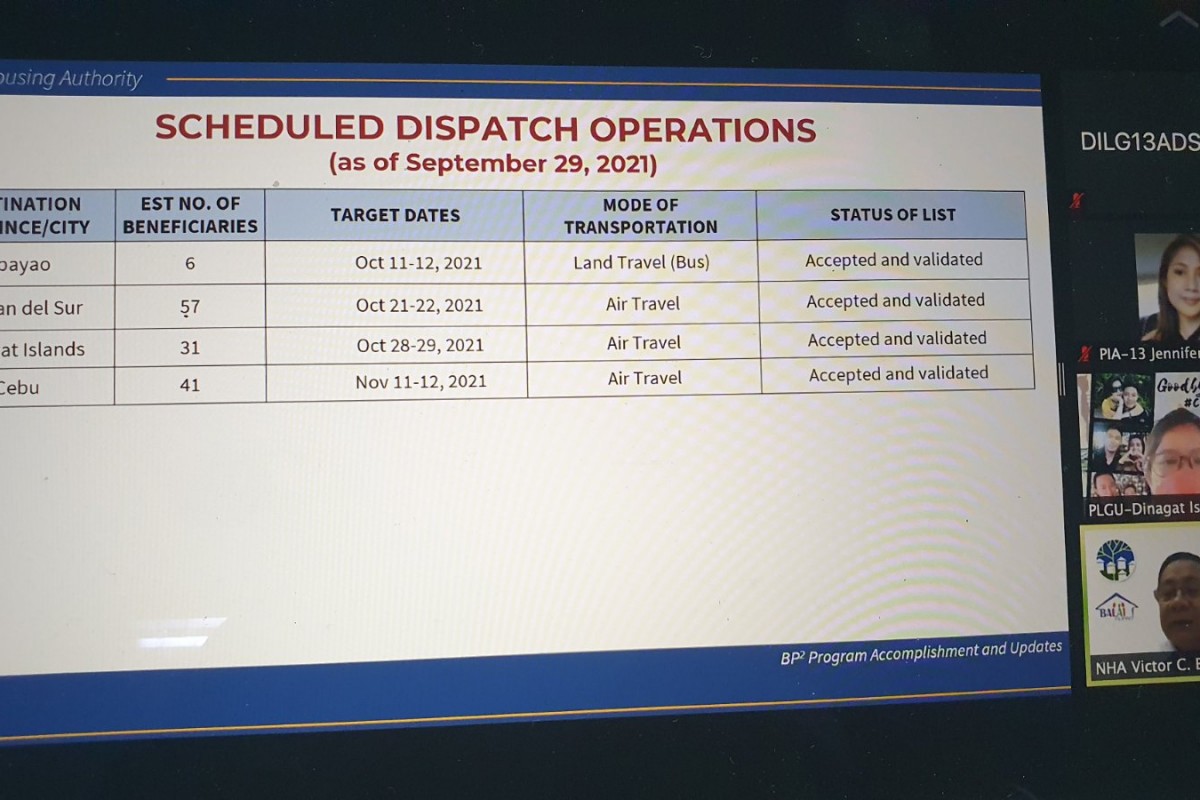 BUTUAN CITY – Some fifty-seven (57) returning locally stranded individuals (LSIs) from Luzon areas are scheduled to be dispatched back to the province of Agusan del Sur, as beneficiaries of the government’s Balik Probinsya, Bagong Pagasa (BP2) Program.

As discussed during a meeting participated by various member agencies of the BP2 Program, the 57 returning LSIs to the province of Agusan del Sur on October 21-22, 2021 will arrive at the Butuan City Airport and will be accepted by the provincial government of Agusan del Sur in close coordination with the Department of the Interior and Local Government (DILG) and Department of Social Welfare and Development (DSWD).

The Land Transportation Franchise Regulatory Board (LTFRB) will provide the vehicle for their transportation to their respective local government units and these LSIs will undergo the necessary 14-day quarantine.

﻿The list of beneficiaries has already been accepted and validated by the DILG, DSWD and concerned LGUs.

﻿Also, the National Housing Authority (NHA) announced that there are additional targeted areas for dispatch operations for this year 2021. For Caraga region, these are the provinces of Agusan del Norte, Agusan del Sur, Surigao del Sur, Surigao del Norte, and the city of Butuan. The secretariat has already been informed of the said areas that had been identified as additional for dispatch operations.

﻿The Balik Probinsya, Bagong Pag-asa, or simply Balik Probinsya, is a socioeconomic program by the Philippine government to reverse the migration of people to Metro Manila and other urban areas, who were originally from more rural areas of the country. (JPG/PIA-Agusan del Sur) 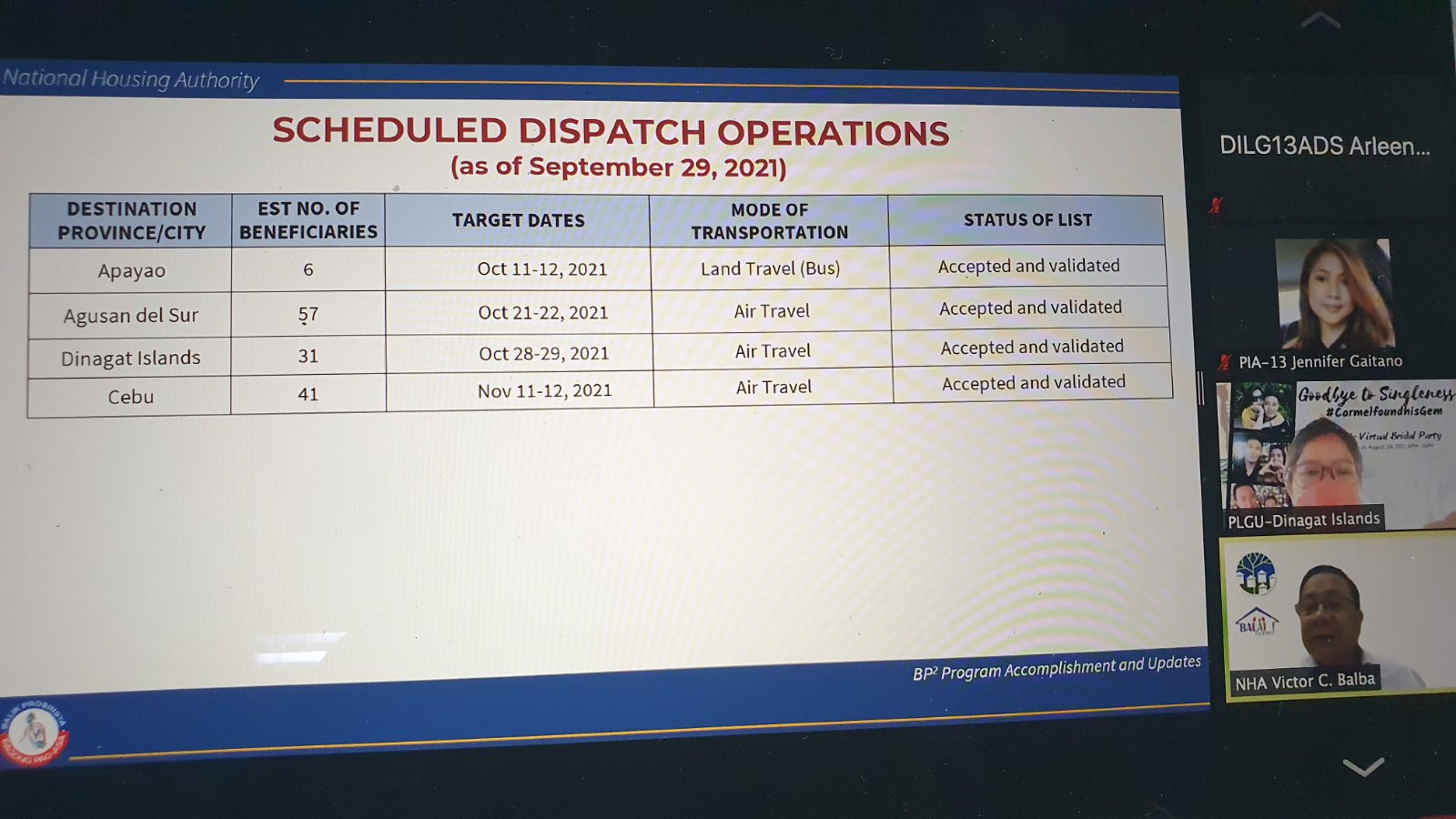