Foremost of which was the farm-to-market road (FMR) from the highway to Brgy. San Miguel worth P17.9 million. 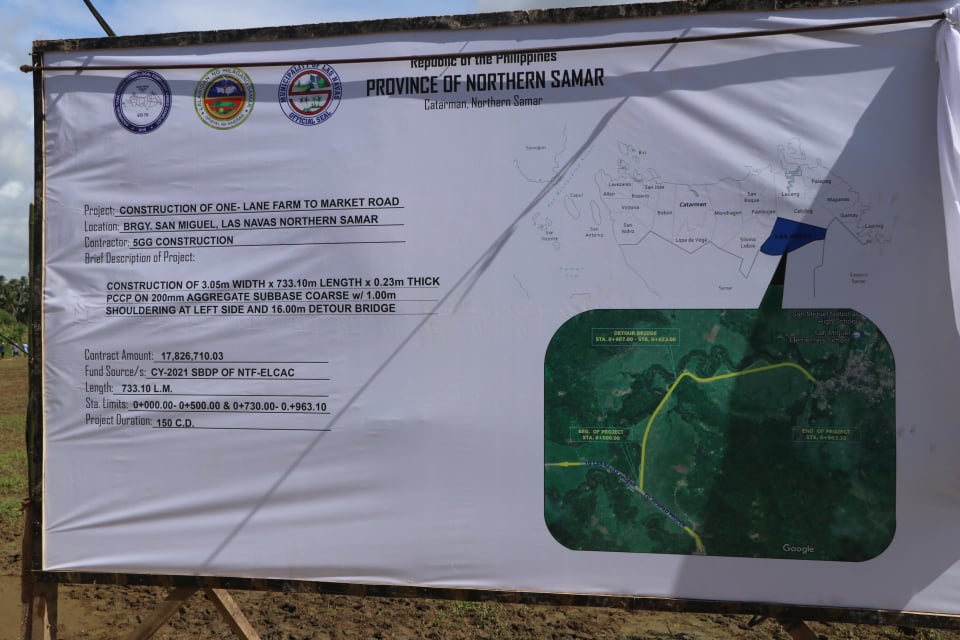 Monico Balte of the SBDP and Rene Valera of the Department of the Interior and Local Government (DILG), Office of the Projects and Development Services - Project Monitoring Office joined N. Samar Gov. Edwin Ongchuan and other local officials in the groundbreaking of the FMR.

A resident of Brgy. San Miguel named ‘Boy’ said he thanked Ms. Lorraine Badoy who visited their place a year ago.

Residents have to trek the muddy trail for 30 minutes to reach the place during heavy rains.

Punong Barangay Imelda Mercado could not believe that the groundbreaking was finally done.

The FMR is just one project for San Miguel, another is the construction of the Level ll water system.

The project is just one of the 35 sub-projects allotted to at least six barangays of Northern Samar, barangays cleared by the army.

Monico Balte told the crowd of rural folks that the hallmark program of the NTF-ELCAC is the BDP established to bring development to former conflict-ridden communities.

Other barangays with different projects are Brgy. Calantiao of Bobon town; Brgy. Osang, Brgy. Hitapian, and Brgy. Nagoocan of Catubig town; and Brgy. Quezon of Catarman.

Regional Director Arnaldo Escober of DILG-8 urged the residents to help ensure that the projects will go on as programmed and will still be useful in the many years to come.