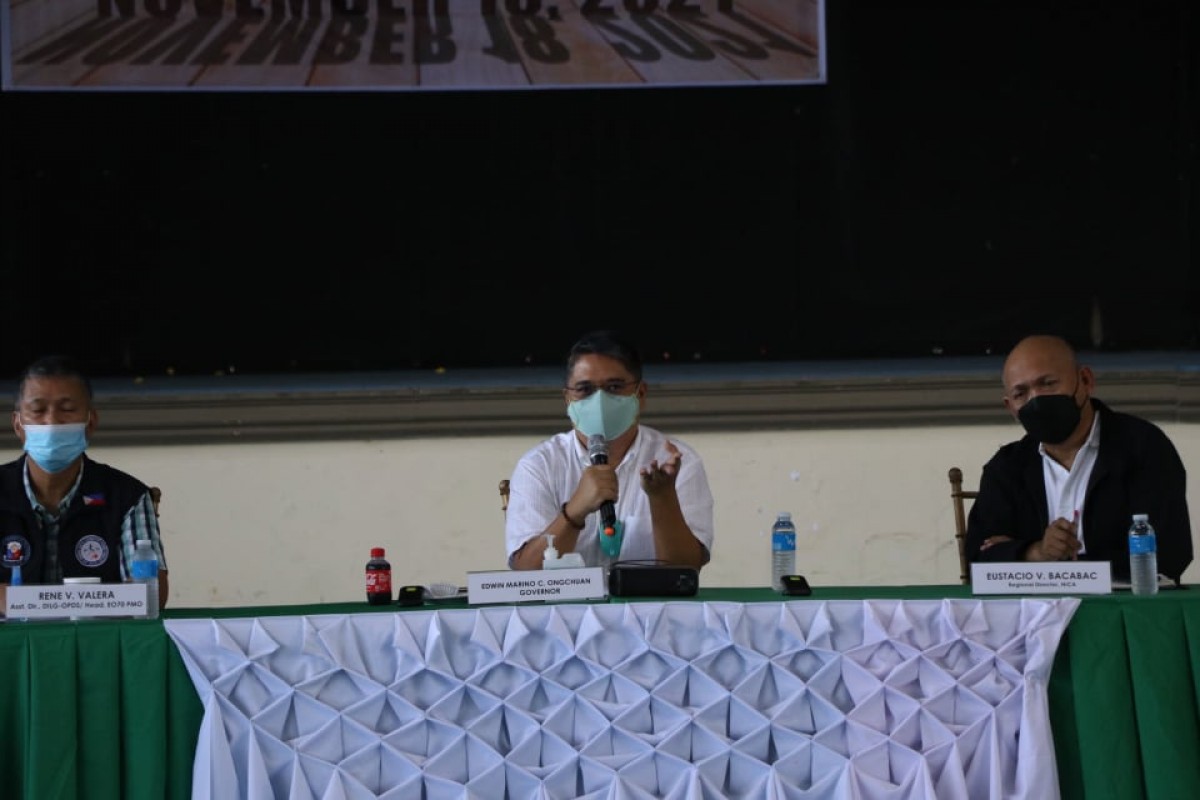 Do not reduce the Local Government Support Fund

These are the towns of Catubig, Catarman, Las Navas, and Bobon, all in Northern Samar.

The TF ELCACs learned that the Senate Finance Committee decided to reduce the budget from P28.1B to P4B.

They claimed that the reduction will negatively impact the momentum achieved in the implementation of EO 70 in Northern Samar and Eastern Visayas.

The move, the resolution read, will reduce the people's confidence in the government’s will to improve their living condition and continue the burden of insurgency.

Balte assured the barangay and municipal officials that they will work hard to sustain the program and the budget.

For his part, Gov. Edwin Ongchuan said the budget cut is so unfortunate.

“But, I together with other local chief executives, hope that our lawmakers will give us better compromise especially that we are only going to be better in the implementation of SBDP projects and the fund liquidation in the coming years,” said Ongchuan.

The different task forces are still hopeful that the senate will reconsider. (NBQ/PIA 8)