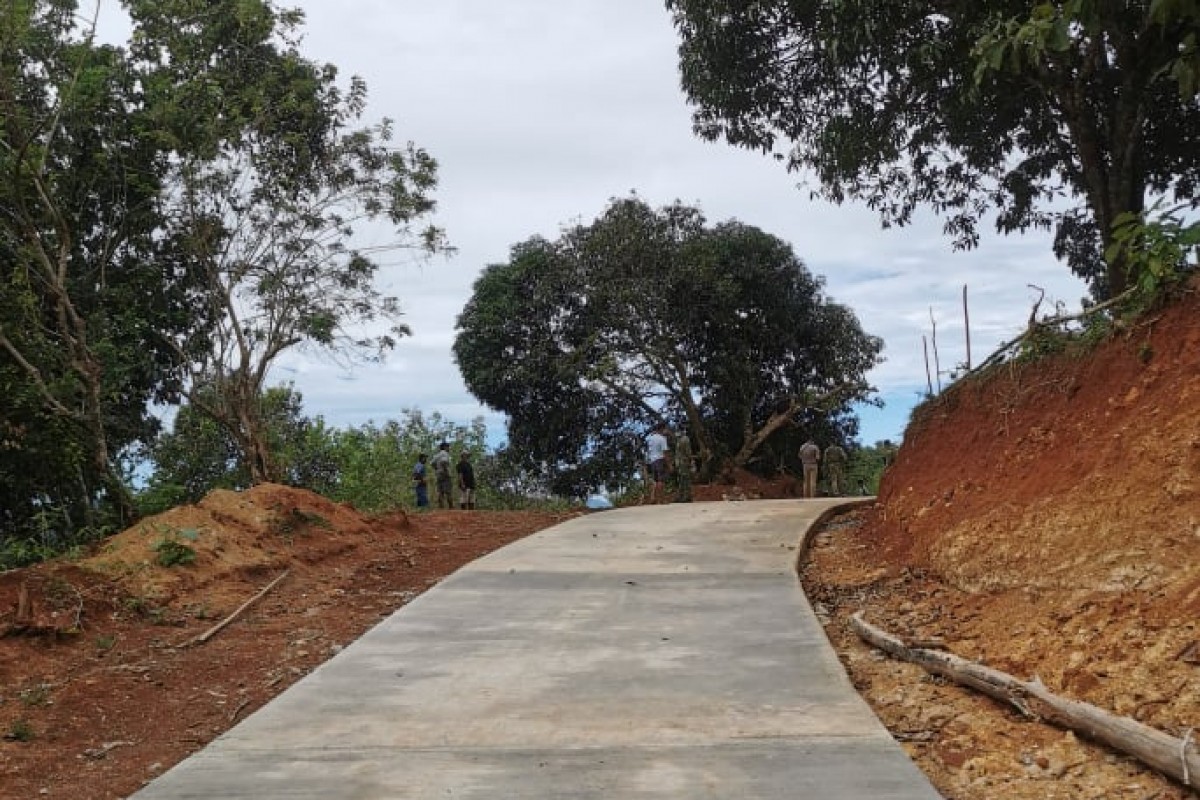 SALLAPADAN, Abra (PIA) --The upgrading of local access road in Sitio Induyas in barangay Naguilian here under the Support to the Barangay Development Program (SBDP) is  84.15 percent completed as of October 22, 2021.

This 500-meter road upgrade worth more than Php 5 million is expected to be completed by last week of November.

The project was recently inspected by the monitoring team of the Department of the Interior and Local Government- Cordillera Administrative Region along with the members of the Provincial Task Force to End Local Communist Armed-Conflict (PTF-ELCAC) headed by Chairperson Gov. Joy Bernos.

Naguilian Punong Barangay Rex Chester Amasi said  the completion of this project  matters much  especially to  the residents of Sitio Induyas as it  provides them   easier access to their farmlands which are the main  source of their livelihood  and to a road network leading to Sitio Lam-awan.

“Before the project started, vehicles cannot pass thru this path because it is a confined and congested space. Now, cargo trikes and motorcycle are able to traverse thru this road soon as it is already widened and concreted,”Amasi stated in an interview.

Another SBDP project for Barangay Naguilian, a water system project, is set to begin soon after the completion of the water source laboratory test.

Amasi expressed thanks to the National Task Force -ELCAC for these projects for their barangay which he is optimistic would uplift the lives of the residents. He confirmed that   since the government has shown its presence to their area, the residents no longer experience disturbance from the communist-terrorist groups.

These projects were made possible through Executive Order No. 70 of President Rodrigo Duterte institutionalizing a “whole-of-nation” approach to end local communist armed conflict towards the attainment of sustainable and inclusive peace. 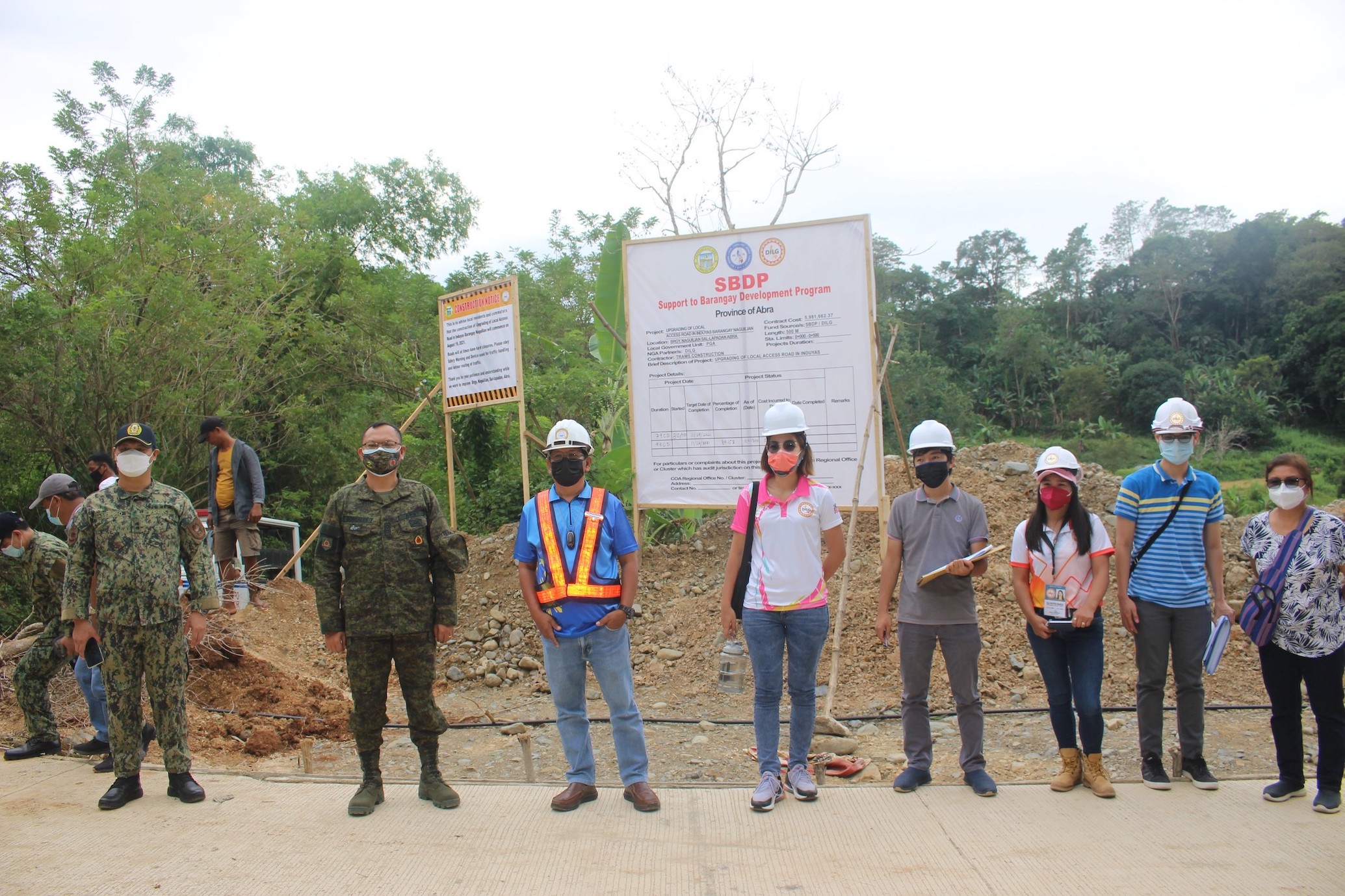 The Monitoring Team of DILG-CAR with the PTF-ELCAC of Abra at the Road Upgrade Project Site. (CAGT - PIA CAR, Abra)