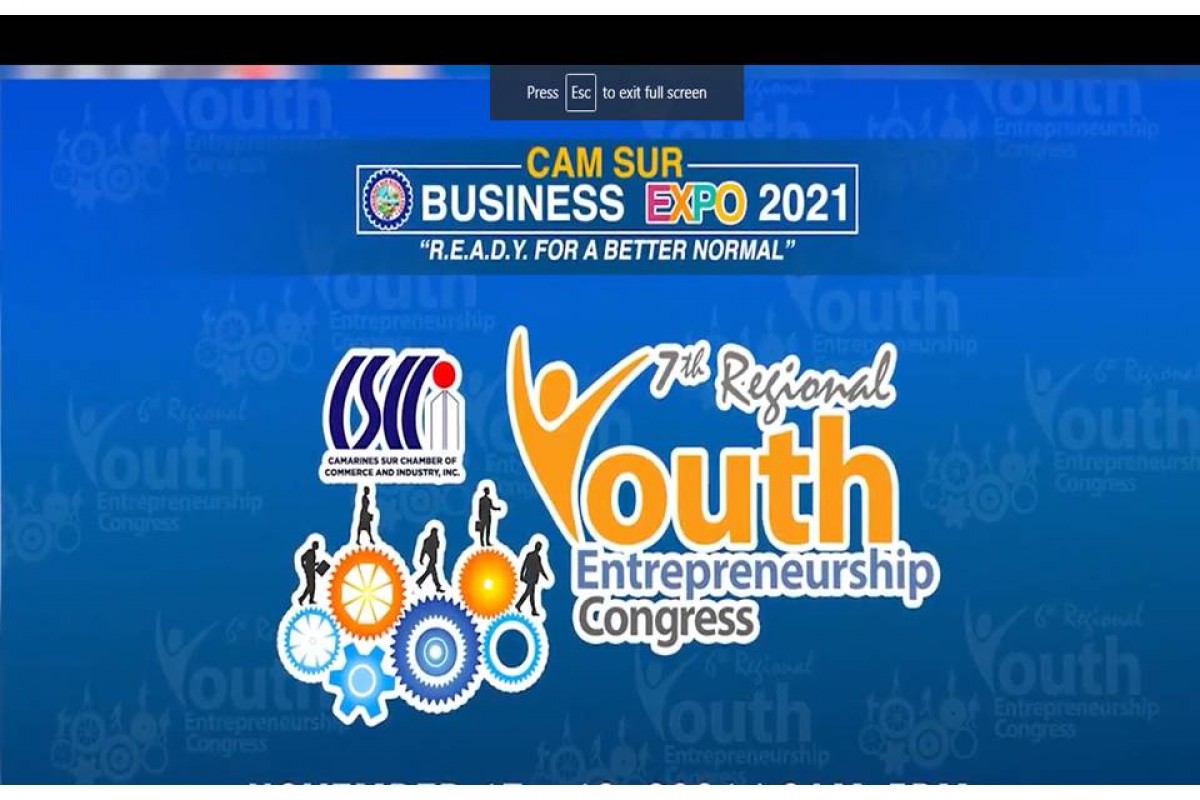 PILI, Camarines Sur, Nov.22 (PIA)— The current trend in the digital industry has allowed more youths to express themselves through various social media platforms like vlogging and Tiktok.

Acknowledging this current wave of social media use, the Camarines Sur Chamber of Commerce and Industry (CSCCI) Inc. paved the way for the vlogging and Tiktok challenge competition as one  of the highlights of Camarines Sur Business Expo 2021.

“As part of the 7th Regional Youth Entrepreneurship Congress, we would like to highlight dynamism of the youth under the new normal.  CSCCI Inc. is determined to channel the energy and creativity of the youth and empower them as the next generation of successful entrepreneurs,” said CSCCI Chair Maria Eusebia Quinoñes.

Angelica N. Toraldo of the University of Saint Anthony (USANT) won first place during the vlogging competition and received P5,000 and a Samsung A52 5G phone.

Ed Christian Hermoso of Baao Community College scored 95.66 and came second with a slim margin from Toraldo’s 96.33 points. He received P4,000 and a study computer table while Mariel Perez Aganan of the Central Bicol State University of Agriculture won third place with a score of 87.33 and received P3,000 and a JBL go3 bluetooth speaker.

Seven other contestants received a consolation prize of P1,000 each.

The contestants were rated in adherence to the theme “Dynamism in Entrepreneurship for a better normal” (40%); creativity (20%); visual impact (20%) and over-all presentation (20%).

Meanwhile, Tiktok competitors were judged based on the following criteria: relevance to the theme (40%), creativity (20%), visual appeal (20%) and entertainment value (20%).

The organizers expressed optimism that the competition provided the students a platform to showcase their skills in vlogging and Tik tok, dubbed as the most valuable start-up among users.