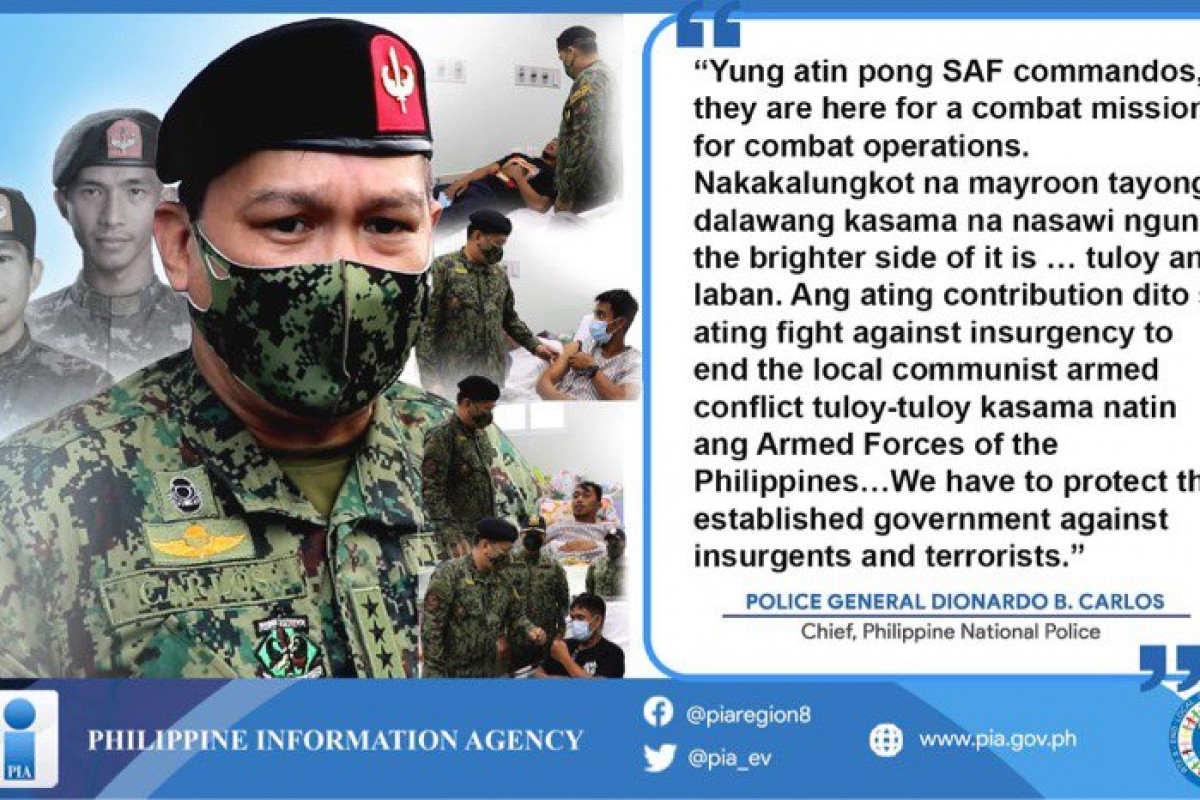 During his short visit, he conferred the Medalya ng Sugatang Magiting to the four wounded elite SAF commandos identified as Lt. Jay- Banganan, Patrolman Ruben Rigor Jr. and PSSG Cristobal Hen-Achan. He also gave financial aid as initial assistance  to the  wounded  SAF officers while confined at the hospital.

While at the hospital, Carlos expressed his sadness of what had happened, he gave his assurance to his men that necessary assistance will be provided to the victims. He urged them to rest, and recover as the mission continues.

“Let us thank the Lord for keeping you alive. You rest well here and recover the soonest. The fight is not yet over. We’ll do our best so justice will be served to you and those who have died,” Carlos told the victims.

Following the incident, it was found that injuries of the wounded SAF troopers were due to shrapnel of an improvised explosive device allegedly detonated by the CTGs.