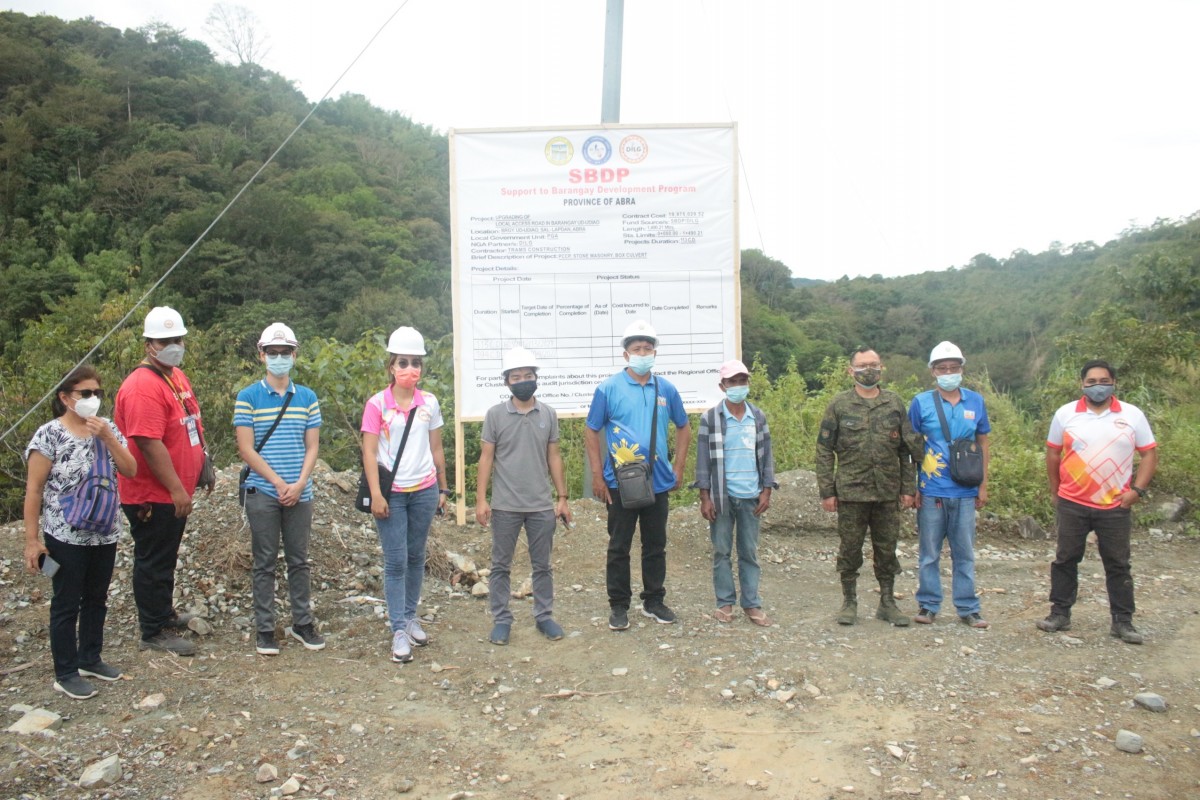 This project located in Brgy, Ud-udiao, Sallapadan is a road upgrade with a total length of 1,490.21 meters. Its implementation was started just recently, and when completed will benefit particularly the residents of Sitio Mabungtot and Sitio Nangas-asan.

“We proposed this road upgrade project during our Barangay Development Council meeting because we saw possibilities of further developments once Sitio Nangas-asan is connected to Sitio Mabungtot,” Ud-udiao Punong Barangay Fernando Dakiwas said in an interview.

He explained that during heavy rainfall, Sitio Mabungtot is isolated due to the swelling of a creek situated at the end of Sitio Nangas-asan. For now, the locals are using a footbridge to cross between the two sitios.

The team also inspected a box culvert   being built which forms part of the 1.4 kilometer road extension. The box culvert will channel pedestrians and vehicles over the creek for easier access to other sitios.

Barangay Ud-Udiao is one of the farthest  and  geographically isolated and disadvantaged areas (GIDAS) in the province that it takes  more than four- hour travel  from the capital town of Bangued to reach the place.

For the past decades, government services and projects entering the barangay are limited considering the road conditions and travel time. Hence, vulnerable to the propaganda and recruitment of communist-terrorist groups.

Dakiwas affirmed that ever since conflict-affected barangays were prioritized under the current administration, a lot has changed which include continuing development, community’s participation to local governance and the attainment of peace and order in the barangay.

He cited this priority project funded under the SBDP of the National Task Force-ELCAC that will   provide more opportunities to the residents aside from easing transportation. 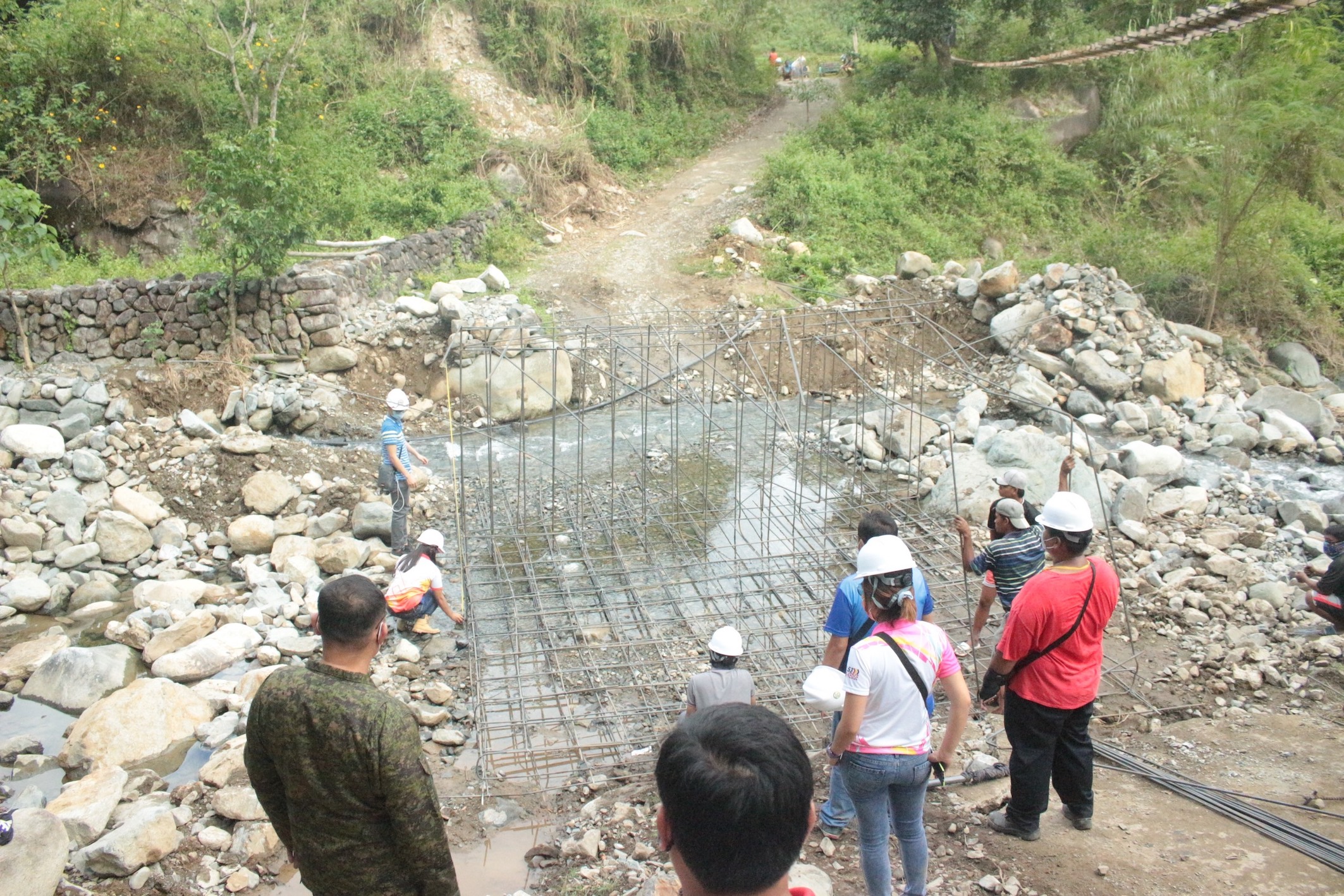 The Monitoring Team inspects the on-going contruction of a box culvert at Sitio Nangas-asan of the barangay. (CAT, PIA-CAR, Abra)