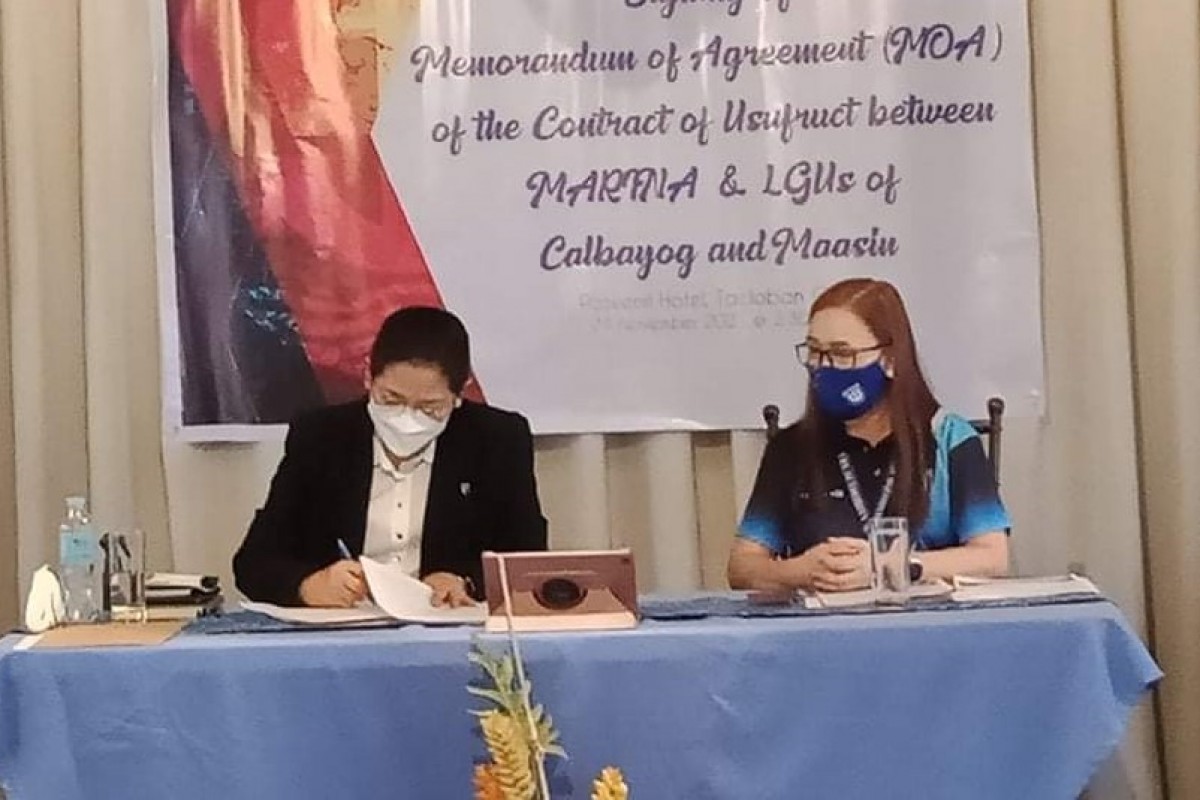 TACLOBAN CITY (PIA) -- The Maritime Industry Authority (MARINA) formally signed a Memorandum of Agreement (MOA) on the Contract of Usufruct for the establishment of MARINA extension offices in the cities of Calbayog and Maasin.

It was learned that Samar 1st District Congressman Edgar Mary Sarmiento allocated some P10M for the construction of the propose two-storey MARINA extension building office in Calbayog City.

Mayor Diego Rivera, who delivered his message via Zoom, thanked MARINA for the joint venture with Calbayog City in establishing an extension office.

He said the event marked as an additional milestone and served as a welcome development in partnering and in offering more services to the people of Calbayog.

On the other hand, Maasin City provided some 350 square meters lot located at Barangay Combado for the establishment also of the propose two-storey MARINA extension office in the city.

Atty. Romeo Geniston, Maasin City Administrator, who delivered a message via Zoom in behalf of Mayor Nacional Mercado, said the establishment of the MARINA extension office in the city will provide comfort and convenience to the city's residents who will file their application for the registration of their pump boats and bancas.

The extension office will upgrade the services previously provided by the MARINA satellite office in the city, he said .

He cited such move of MARINA as a way of bringing government services closer to the people as provided in RA 7160 or the Local Government Code.

It was learned from MARINA that the funding for the construction of the extension office building will be worked out by their office. (NBQ/RSV/PIA Biliran)