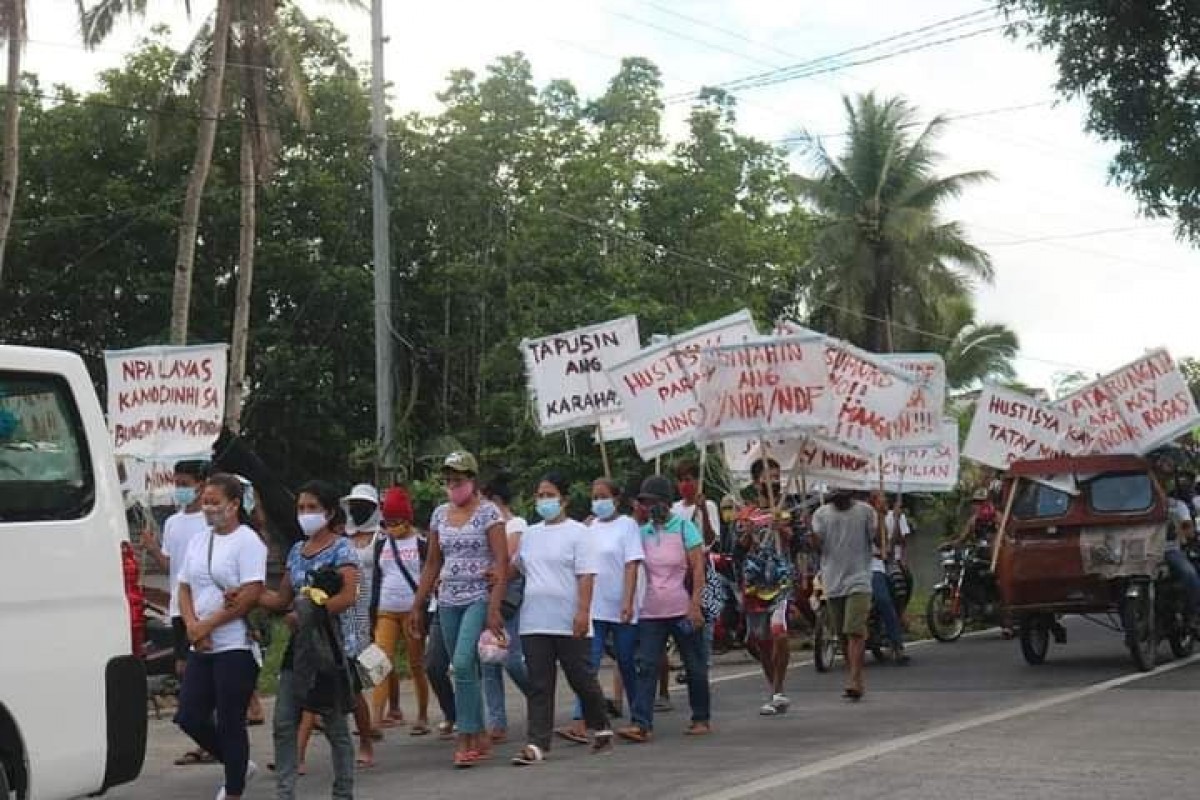 This was learned from 1LT Benigno B. Lopez, Jr of the 43rd Infantry Battalion Lope de Vega Northern Samar.

According to Lopez, the victim sustained a gunshot wound at his head with marks of strangulation at his neck including punctures from suspected sharp object of the different parts of the body that may have caused his death.

43rd Infantry Commanding Officer Lt. Col. Manuel B. Degay Jr, of the Philippine Army asked the cooperation and support of the people of Victoria to report the location of the terrorist group so that justice will be served the soonest.

He also encouraged the witnesses to come out and be part of the government’s effort to end the insurgency problem in the area.

Degay also re-assured the people of Victoria of their security and safety despite the killing incident that happened on November 16. (TBC/PIA Northern Samar)